Tesla has recently announced that it is rolling out an update to improve the throughput of its busiest Superchargers stations in North America by up to 34%. With the new optimizations in place, the electric car maker’s expansive charging network would be capable of serving significantly more vehicles that are taking long trips.

When Tesla announced the Supercharger V3 network back in March, the company mentioned that “with thousands of new Superchargers coming online in 2019, the launch of V3, and other changes we’re making to improve throughput, the Supercharger network will be able to serve more than 2x more vehicles per day at the end of 2019 compared with today – easily keeping pace with our 2019 fleet growth.”

Among the ways for Tesla to improve the throughput of its Superchargers is to cap the charging sessions of the company’s electric cars at 80%. According to a Tesla spokesperson, the updated Superchargers will charge a vehicle’s battery very quickly until 80%, after which the charging session ends. Provided that owners utilize Tesla’s Trip Planner, electric car owners would still be able to charge up to 100%, though charging from 80-100% will be at a slower rate.

Tesla is actively integrating this system on the Trip Planner feature of its vehicles, allowing drivers to follow an efficient route to their destinations without unnecessary delays. A Tesla spokesperson noted that these changes would be affecting around 8% of North American Supercharging sites full time, as well as another 9% of sites during the holidays when long trips among Tesla owners are common. 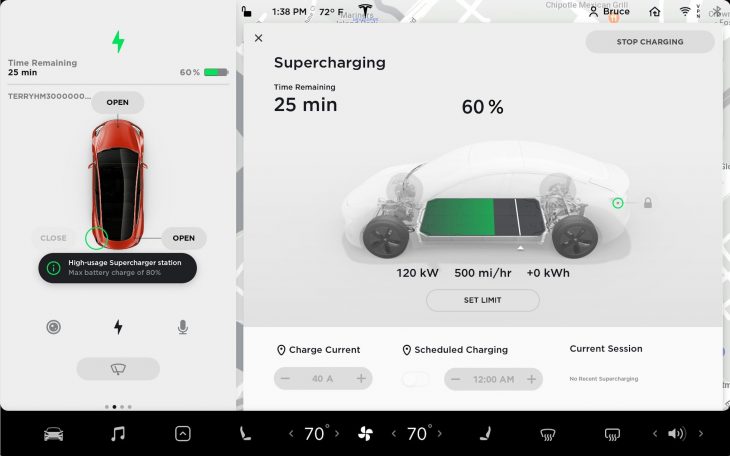 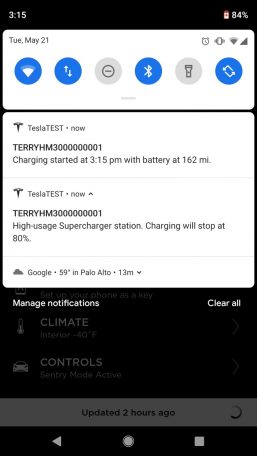 With the continued growth of the Model 3 and the upcoming arrival of the Model Y, Tesla would need a charging network that can accommodate its fleet on a constant basis. With thousands of Teslas on the road, it is pertinent for vehicles to only stop by the company’s Superchargers for short breaks. Supercharger V3, which features the electric car maker’s fastest charging system at 250 kW, could open the doors to charging stops that are only about 15 minutes.

Just like its electric cars, Tesla’s Superchargers are also in a constant state of improvement. Last month alone, Tesla began rolling out updates to its existing Supercharger V2 network, such as unlocking a 150 kW peak charge rate from charging infrastructure. Tesla has also introduced systems that optimize the heat of its vehicles’ batteries such as On Route Battery Warmup for the Model S and X, which helps vehicles charge at an optimal rate as soon as they are plugged into a Supercharger.