A Tesla Model 3 Performance achieved the unthinkable over the past weekend when it shattered the all-time electric vehicle lap record at the famed Laguna Seca Raceway in Monterey, California.

Ripping through the racetrack in near-stealth fashion, the all-electric sedan stunned onlookers as it set a lap time of 1:37.5, crushing the previous lap record of 1:41.2 set by Cameron Rogers in December 2018. Incidentally, both lap records were set in the same Tesla Model 3 Performance that’s owned by Cameron, with the latest achievement reined in by driver Sasha Anis of Mountain Pass Performance.

The weekend played witness to two EV-centric events at Laguna Seca: the annual REFUEL event and Tesla Corsa. REFUEL 11 featured time trials and events for electric vehicles and electric motorcycles in a competitive setting, while Tesla Corsa was, for many, an opportunity to meet up with other Tesla owners and enthusiasts who wished to experience the track with their electric cars. This was the first time that the Model 3 Performance was able to join REFUEL, as the vehicle was not yet available during last year’s annual meet. The Model 3 Performance made an impact in both events, performing record-setting runs, back-to-back on Friday and Saturday during Tesla Corsa. The Model 3 Performance would win REFUEL 11 the following day after setting the fastest qualifying lap in its event debut. 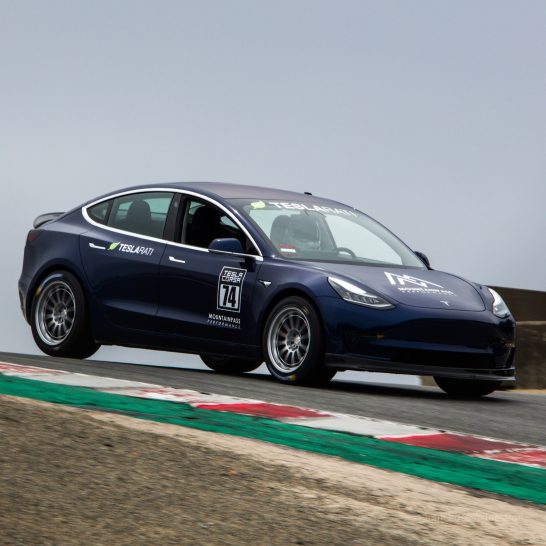 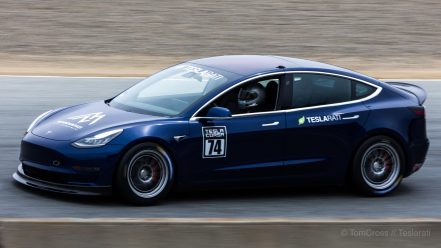 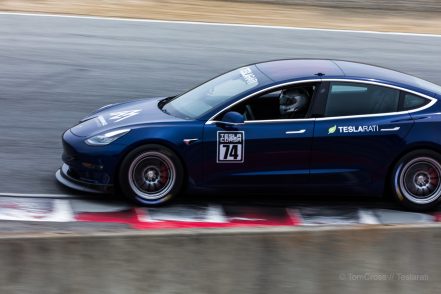 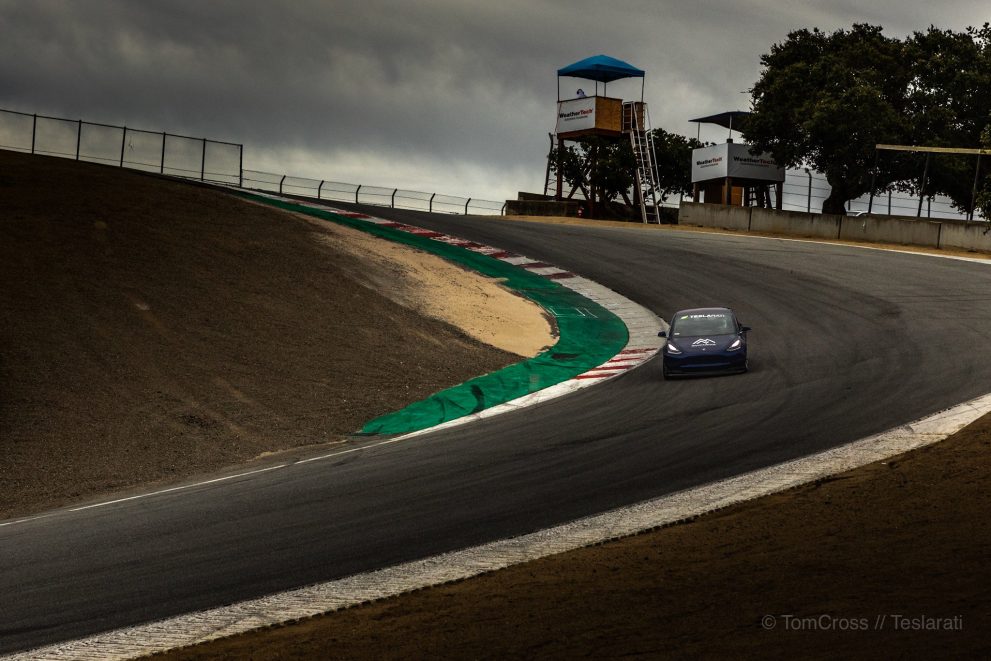 What is quite remarkable about the record-setting Model 3 is that the vehicle is a regular commuter car that’s been upgraded with standard off-the-shelf Mountain Pass Performance parts that include an adjustable coilover suspension, upgraded control arms, improved brakes, and a second set of track tires. The vehicle’s owner, Cameron Rogers, who also previously held the production EV lap record at Laguna Seca, uses the vehicle to get to and from work on a daily basis.

Teslarati and Mountain Pass Performance joined Cameron in his mission to prove that Tesla’s first track-capable sedan could really be a formidable opponent to gas cars on a closed circuit racetrack. More importantly, we set out to turn the Motorsport world entirely on its head.

When Elon Musk announced the Model 3 Performance, he stated that the vehicle would be competitive on the track even against track-capable gas cars. The electric sedan’s new lap record at Laguna Seca Raceway suggests that the CEO’s words were accurate, as the vehicle’s 1:37.5 time bests that of far costlier performance cars, including the Ferrari F12 Berlinetta, BMW M4 GTS, the Porsche 911, and the Aston Martin Vantage.

It should be noted that the Model 3 Performance is Tesla’s most affordable Performance vehicle in its lineup. The car currently retails for $59,900, and is available in multiple territories today, meaning customers in North America, Europe, and China could acquire a car with the performance to beat nearly all production cars around a track. If that’s not an inflection point for the motoring world, it’s hard to imagine what is.

Watch Sasha rip through the corkscrew at Laguna Seca in a Tesla Model 3 Performance and set the all-time EV lap record.