With Detroit-based Rivian Automotive stepping into the limelight, the electric car maker has seen itself being compared to Silicon Valley-based Tesla, a first mover in the EV market. Over the following week, Rivian and its CEO, RJ Scaringe, has been dubbed as several things, among them being “Tesla’s worst nightmare.” This is a flawed assumption.

Rivian emerged from the shadows late last year, surprising the auto industry by revealing two production-ready vehicles that feature the best that electric cars can offer — instant power, luxury, and a killer design. With this in mind, it is not surprising that the company is perceived with optimism by Wall Street and potential investors. Morgan Stanley analyst Adam Jonas, for one, noted that Tesla’s dominance in the US EV market could be “unsustainable” as it faces “serious competition” from Rivian, considering the younger company’s “access to talent and capital” and its focus on the “fastest growing segments of pickup trucks & SUVs.”

Yesterday, reports also emerged that high-profile investors such as GM and Amazon are in talks to invest in Rivian. Provided that the reports are accurate, Reuters noted that Rivian’s valuation would rise to between $1 to $2 billion once the deal goes through. That’s incredibly impressive for the electric car maker, and it bodes well for the EV industry in general as it provides much-needed funds for the development of clean transportation. What it does not do is prove that Tesla will run into trouble because of Rivian’s upcoming and seemingly inevitable rise. 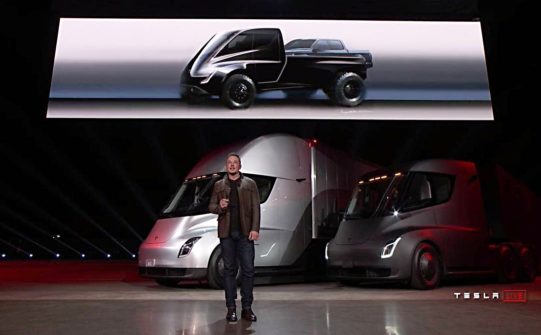 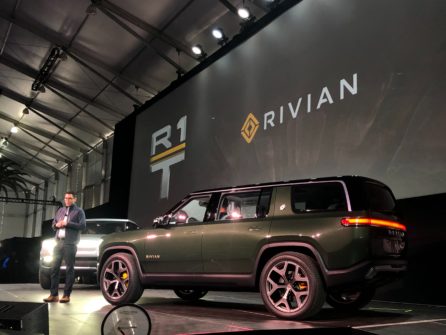 While rivalries present a compelling narrative, it is difficult to paint Tesla and Rivian as rivals trying to beat each other without compromising each company’s character. Tesla’s Elon Musk, for one, has always encouraged the development of more electric cars. In a recent tweet late last month, Musk noted that it is “exciting to see all the new electric vehicles coming to market,” referring to a report of other EVs set to debut in the coming years.  In a later post, Musk added that Tesla’s true competition is not new electric vehicles, but rather, the “enormous flood of gasoline cars pouring out of the world’s factories every day.”

In his most recent 60 Minutes segment, Musk went so far as to state that “if somebody comes and makes a better electric car than Tesla, and it’s so much better than ours that we can’t sell our cars, and we go bankrupt, I still think that’s a good thing for the world.” It remains unknown if Elon Musk could ultimately put his foot where his mouth is, but considering his statements so far, he definitely appears to be fully supportive of other electric car makers, including Rivian.

Rivian, for its part, has never given an indication that it is going after Tesla. The electric car maker has established since the reveal of its first truck that it is dedicating itself to the production of luxury adventure vehicles (at least for now) with zero compromises. Rivian CEO RJ Scaringe has also been pretty open about his opinion of Tesla. During a fireside chat at the Automotive News World Congress last month, Scaringe credited Tesla for disproving “untruths” about electric vehicles. Simply put, everything that Rivian has done so far indicates that it acknowledges Tesla, and it is fully onboard with the company’s mission of accelerating the advent of sustainable energy.

Mainstream media loves pitting companies, products, and people against each other — Apple’s iOS and Google’s Android, Sony’s PlayStation and Microsoft’s Xbox, Celebrity A and Celebrity B, the list is endless. In the case of Tesla and Rivian and their CEOs, this idea does not seem to line up very well. In their respective segments alone, the companies should not be compared, considering that Tesla is pursuing the mainstream market with the Model 3 and the upcoming Model Y, while Rivian is focusing on the luxury adventure sphere with the R1T and R1S. Until Tesla releases its own pickup truck, then the two electric car makers are best seen as allies in the transition away from fossil fuels — not rivals attempting to overpower each other.

No, Rivian is most definitely not ‘Tesla’s worst nightmare’