The Rimac C_Two may be a low-volume electric hypercar, but it still needs to be crash tested like any other production vehicle. Rimac on Friday released a video showing two prototypes being sacrificed for the cause ahead of the C_Two’s targeted 2021 launch.

Rimac began crash testing in 2019, and did simulation work prior to that. The crashes shown here—both frontal offsets—represent the second round of testing. Cars were run into a barrier at a 40% offset at 40 kph (24.8 mph) and 56 kph (34.7 mph).

To complete testing and regulatory homologation, Rimac plans to build 13 prototypes and five “pre-series” cars. Of these 18 cars, 11 will be destroyed in crash tests, Rimac said in a press release accompanying the video. These cars will be built on a new assembly line Rimac unveiled in June. 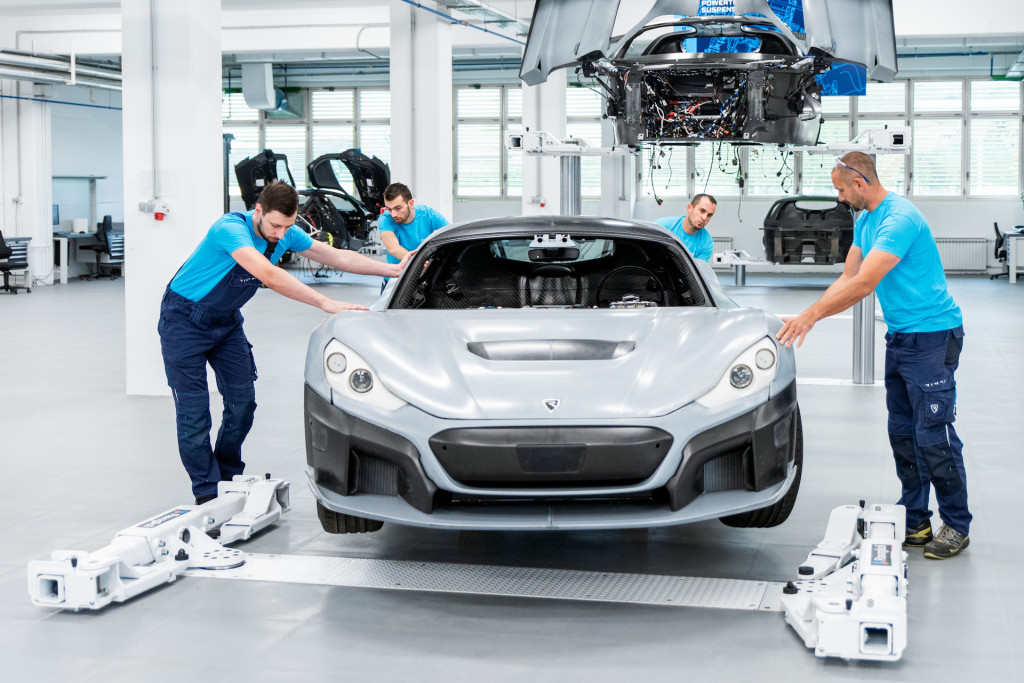 Unveiled in concept form at the 2018 Geneva International Motor Show, the production-spec version of the C_Two was originally scheduled to debut at this year’s Geneva show, and start production before the end of the year. Due to the coronavirus pandemic, the show was canceled, and the start of C_Two production was pushed back to 2021.

Rimac quotes output of 1,914 horsepower and 1,696 pound-feet of torque, with a 0-60 mph time of 1.85 seconds (with a one-foot rollout), and a top speed of 258 mph. The car will also feature sophisticated driver-assist tech that will act as a driving coach on racetracks.

Despite a price tag of $2 million, most of the C_Two’s 150 build slots were filled almost immediately after the concept car’s 2018 unveiling. Rimac’s technology may also make it into cars from Hyundai and Porsche—both of which own stakes in the firm. A September report also claimed Rimac could buy Bugatti in exchange for Porsche increasing its stake.