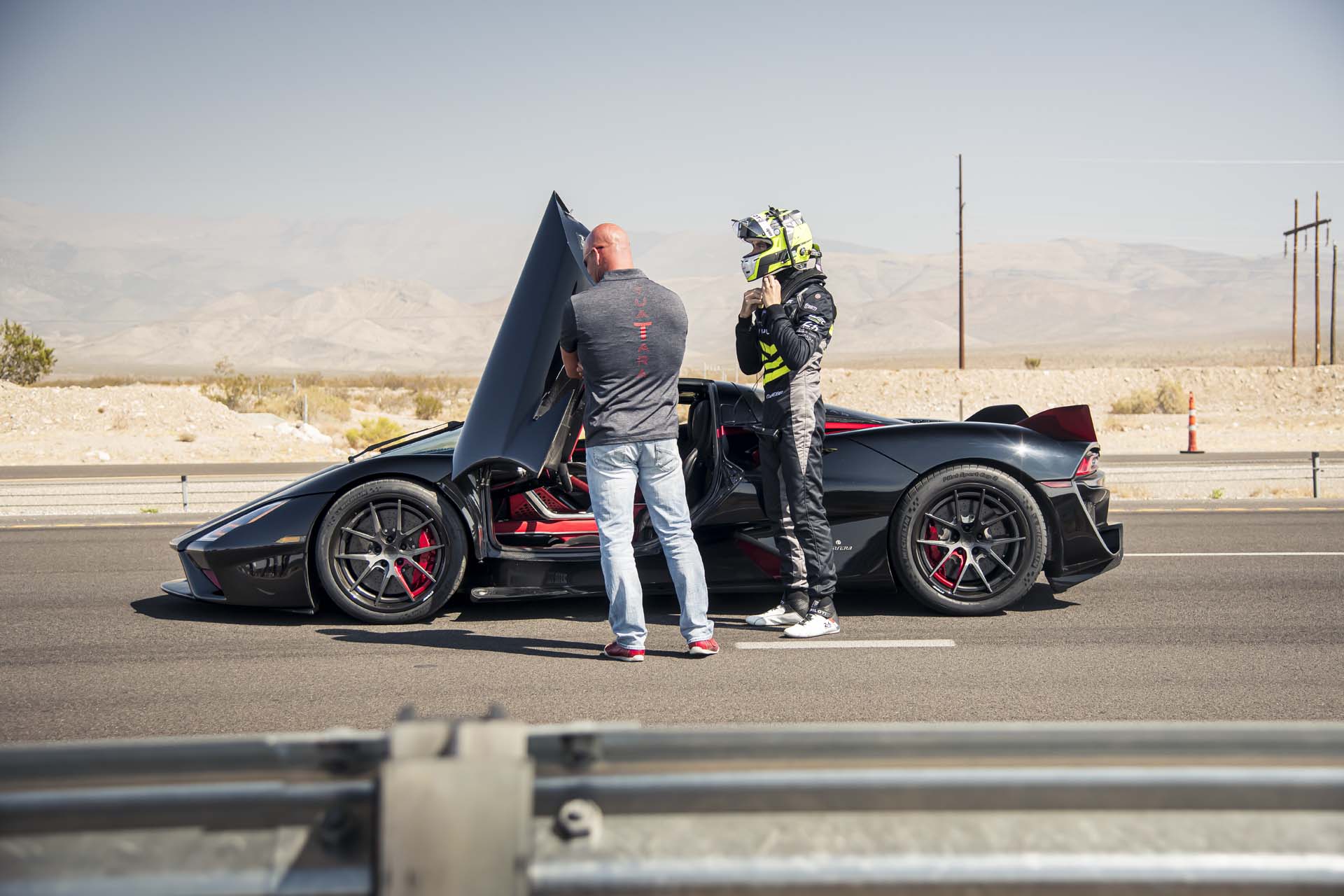 The SSC Tuatara is not the fastest production vehicle on the planet, at least not yet, officially.

After much controversy, the world will get to find out what the Washington-based automaker’s Tuatara supercar can do, again. On Friday night, SSC CEO Jerod Shelby released a video on the company’s YouTube channel stating the Tuatara will make another run for the record in “the very near future.” The move effectively abandons SSC’s claimed record of 316.11 mph set on Oct. 10 near Pahrump, Nevada.

“We’ll run it again, with every backstop in place, so the speeds clocked on the next run are irrefutable,” Shelby said to Motor Authority.

To ensure the accuracy of the data from the next record attempt, the Tuatara will be equipped with “multiple GPS companies’ equipment in the car” and “their staff on site looking over our shoulder analyzing every run, every detail,” Shelby said in the video.

The record run’s data from Oct, 10 will not be submitted to Guinness World Records. “I don’t believe Guinness would even review the submission due to all the controversy,” Shelby told MA. The initial run’s GPS satellite data has yet to be verified by an independent third party.

Per Guinness World Record’s rules, two independent third-party witnesses were on site at the record attempt to verify the data and certify they saw it. The independent witnesses were Brian Shoemake of Pahrump Life magazine and Nevada legislator Gregory Hafen II.

SSC has not said whether there was a discrepancy with the calibration of the Dewetron satellite GPS tracking system during the first run, which would have caused the data gathered by the system to be inaccurate.

Shelby told MA Guinness will not be on site for the next record attempt as the organization doesn’t send its own people and relies on having two witnesses on site to certify the record. He also said it is yet to be determined who the driver will be and when the next run will take place.

SSC claimed the attempt on Oct. 10 in Nevada consisted of passes of 301.07 mph in one direction and 331.15 mph in the opposite for a two-way average of 316.11. Now, that figure will not be recognized as a new production-car land-speed record. However, SSC will make another attempt to set the record.