Improved versions of Tesla’s flagship vehicles were recently announced as under production by the all-electric car maker, and listed among the battery and performance improvements was the heading ‘Fully Adaptive Suspension’, which adjusts dampening based on driving conditions. “The system constantly adapts by sensing the road and adjusting for driver behavior, automatically softening for more pronounced road inputs and firming for aggressive driving,” Tesla wrote.

The current version of Tesla vehicles’ air suspension allows drivers to set a height preference based on GPS location; however, direct user input is required to create the settings. As described, Fully Adaptive Suspension indicates that the car’s software will make those choices instead based on calculations using road conditions. A neural network trained to determine those road conditions ahead of time and then preemptively adapt the suspension without input would be a perfect matchup for the technologies.

This predictive ability also happens to be something Tesla’s FSD computer is trained to do at length, if only primarily for self-driving direction rather than self-determining driver comfort settings.

The improved suspension announcement came on the heels of Tesla’s Autonomy Day, a live streamed event which gave viewers and investors a deep dive into the inner workings of the self-driving software being developed. During the presentation, how Tesla’s FSD computer determines which driving actions to take was discussed in depth as were the results of its determinations.

“The network is predicting paths it can’t even see with incredibly high accuracy,” CEO Elon Musk emphasized during the presentation. “If [the FSD computer] had never seen [a] road before, it would still have made [accurate] predictions provided it was a road in the United States.” 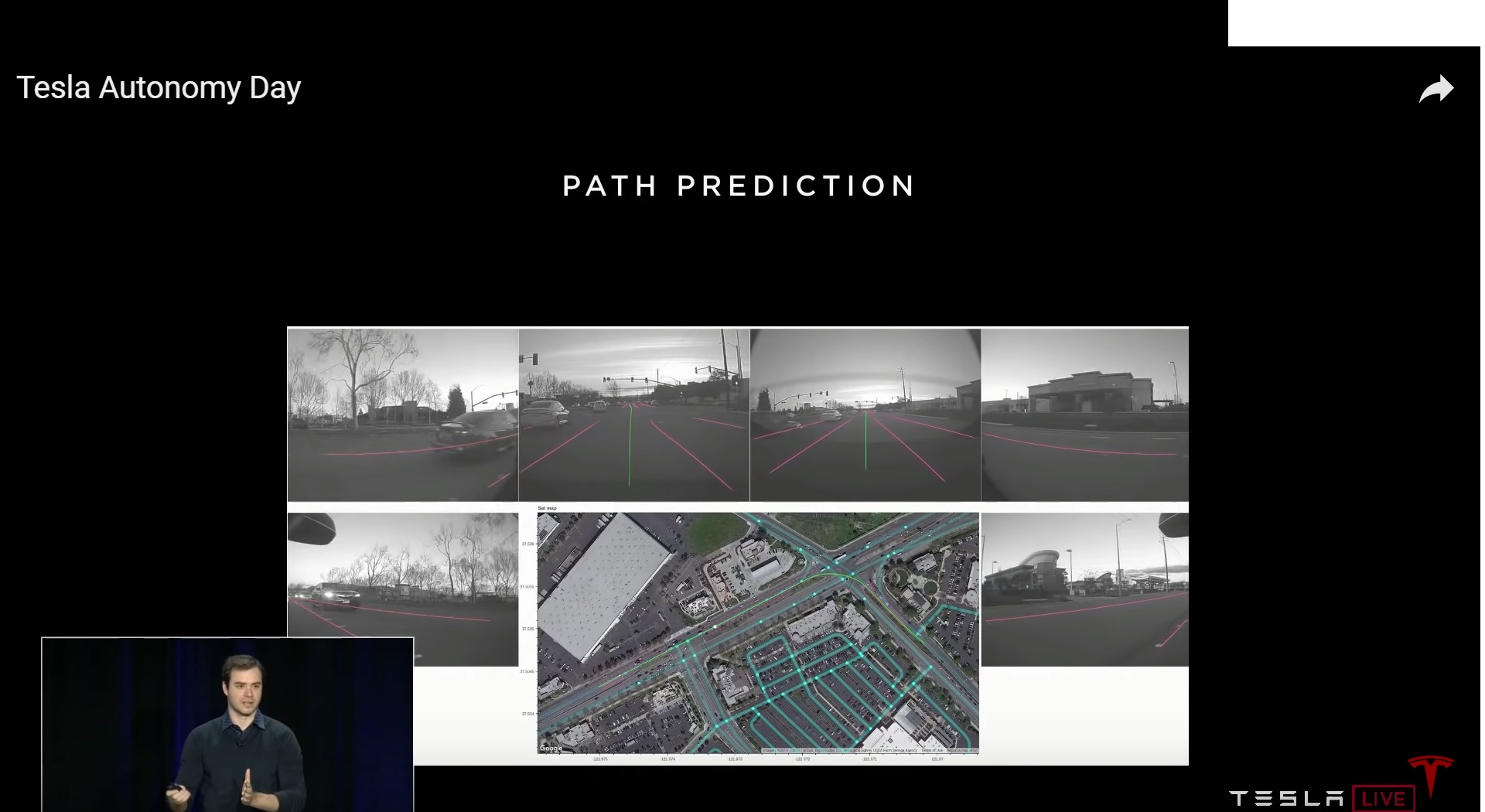 Just like its FSD computer, Tesla’s suspension software is developed in-house to cater to its vehicles specific needs and keep customers updated with the most advanced suspension technology available at all times.

Tesla additionally added aerodynamically-focused settings to further streamline its Model S and Model X speed and battery performance. “We’ve also improved the leveling of the system while cruising, keeping the car low to optimize aerodynamic drag,” the company announcement detailed, referring to another feature of its Fully Adaptive Suspension. Better aerodynamics results in less wind resistance, translating to less energy (battery power) being used when pushing the car through the air.

Altogether, an autonomously preloaded suspension system using predicted road conditions would be a potential boon for both driver enjoyment and battery efficiency.