Led by disruptive vehicles like the Tesla Model 3, the electric car revolution is steadily gaining ground. Across the auto industry, new startups are focusing on electric cars, and veterans such as Porsche are committing to a future powered by sustainable energy. Unfortunately, as could be seen in recent incidents surrounding the Tesla community, it appears that there are still some groups who are showing resistance to electric vehicles as a whole.

Last December, a number of Tesla community members shared their experiences involving Superchargers being blocked by gas-powered vehicles. While some of these “ICE-ing” incidents appear to be the result of an honest mistake, some were undoubtedly intentional. Tesla owners u/Leicina and u/BarcodeOfficial from the r/TeslaMotors subreddit, for one, noted from their experience that some pickup truck drivers who were intentionally blocking Superchargers were verbally harassing EV owners.

While such ICE-ing episodes continue to be reported across the Tesla community, an incident recently shared by Model 3 owner-enthusiast Mark Larsen showed what could very well be one of the most direct acts against Teslas to date. As noted by Larsen, a Supercharger station at St. George, Utah — one of the company’s older charging locations — became the victim of an aggressive act of vandalism. During the incident, the vandals attempted to sever a Supercharger cable. The perpetrators drilled into the plugs of the charging stalls as well. 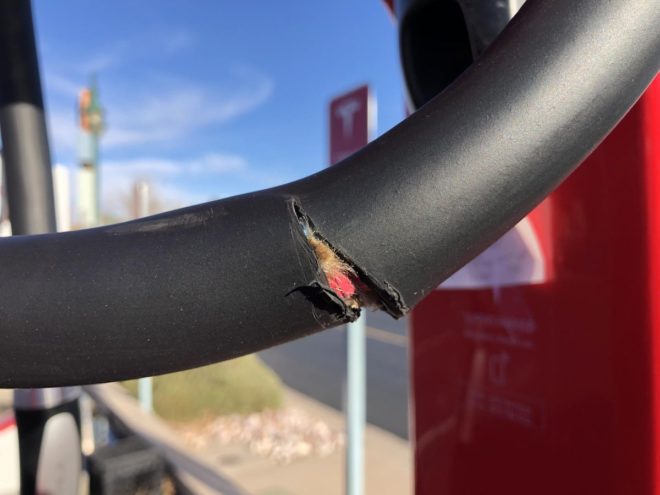 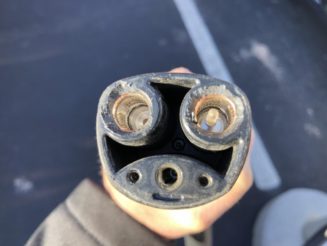 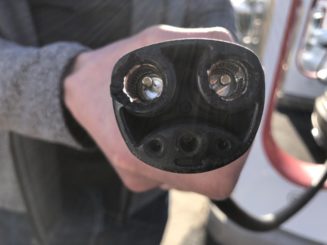 As a result of the attack, the Model 3 owner noted that three of the Supercharger’s stalls became inoperable. Fortunately, there were some security cameras in the area. Thus, there is some hope that the culprits behind the Supercharger attack might eventually be apprehended. As noted by Larsen in his Twitter post, the incident has already been reported to Tesla.

While Tesla’s electric cars are beloved by many, the vehicles themselves remain polarizing to some members of the auto community. Apart from ICE-ing incidents and acts of vandalism against Superchargers, there has also been a rise in reports of break-ins involving the company’s vehicles. In the Bay Area and neighboring cities alone, some Tesla owners practically felt as if they were being targeted due to the frequency of attacks against electric cars.

While responding to a Model 3 owner whose vehicle was damaged while it was unattended, Elon Musk noted that Tesla would be rolling out a ‘Sentry Mode’ as an added security feature. Musk did not elaborate on the capabilities of Sentry Mode, though it is speculated that the feature would extend upon Tesla’s built-in dashcam solution and leverage the vehicles’ eight surrounding cameras for video recording versus one. In true Elon Musk fashion, the name Sentry Mode appears to be rooted in pop culture, being a feature of Iron Man’s redundant defense mechanism for JARVIS.

In a recent comment on Twitter, Elon Musk noted that Sentry Mode should roll out to owners who are part of the company’s beta testing program in two to three weeks. Considering the pervading negative sentiments from the anti-EV community today, Tesla’s Sentry Mode would definitely be a timely feature.

There is no doubt that the electric car revolution is starting. Inasmuch as resistance against EVs is likely to remain, there is very little that can be done to stop the auto industry’s transition to electric power, particularly as key markets such as Europe and China have both committed to a future powered by sustainable energy. Among automakers, Tesla’s disruption with the Model S, X, and 3 has all but encouraged veteran carmakers to push the development of electric vehicles, as evidenced by cars such as the Porsche Taycan and the Jaguar I-PACE. As electric vehicles become more prevalent, and as more automakers embrace sustainable transportation, one can only hope that resistance against EVs would eventually fade and die out.