Syd Mead is recognized as the brain behind the design concepts of Blade Runner, the film that inspired the unique and futuristic look of the Tesla Cybertruck. Without his mind and creativity as a designer, we would never have seen the Cybertruck become a reality.

Tesla CEO Elon Musk used Mead’s ideas for vehicles in the 1982 film Blade Runner as inspiration for his company’s newest release of the Cybertruck. Following the news of Mead’s passing yesterday, Musk tweeted, “Rest in peace Syd Mead. Your art will endure.” This tweet from Musk was met with responses from followers who shared their appreciation for Mead’s futuristic-themed artwork, especially considering it was a direct inspiration for the pickup that Tesla will begin producing in late 2021. 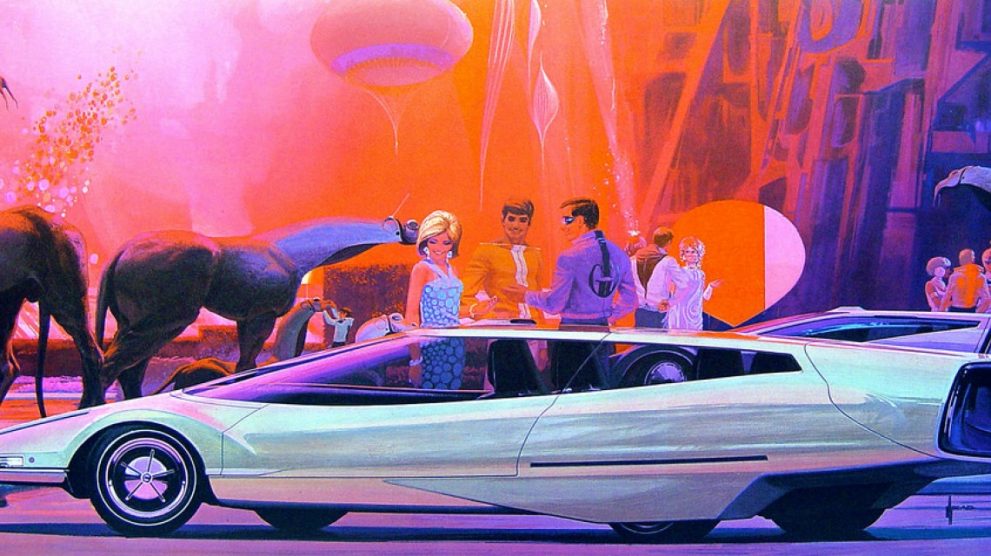 Mead and Musk, two minds that have led their respective industries, had tremendous amounts of respect for one another. When Tesla finally unveiled the truck in late November, Mead stated the truck was “stylistically breathtaking” and said he was flattered by Tesla’s use of his design for their newest product. This was obviously a compliment to Musk who shared Mead’s comments on the Cybertruck on his Twitter with a series of heart emojis by his name.

Mead was born in 1933 and notes his father’s pulp magazines like Buck Rogers and Flash Gordon as being the inspiration for his inspiration in science-fiction. He graduated high school in Colorado and after a three-year stint with the U.S. Army and a degree from Art Center School in Los Angeles, Mead accepted a position with Ford Motor Company in its Advanced Styling Studio.

After a lengthy career in the corporate world providing illustrations and designs for an extensive array of companies, he began working with movie studios on films like Star Trek: The Motion Picture, Bladerunner, Tron, and even worked with Star Wars director George Lucas to develop the All Terrain Armored Transport or AT-AT. Mead lost his three-year battle to a type of blood cancer known as lymphoma. Elon Musk was sure to give his condolences to the man who ultimately was the inspiration behind the design of the Cybertruck.

Rest in peace Syd Mead. Your art will endure.

When the Cybertruck design was speculated about by electric vehicle enthusiasts, Tesla’s Elon Musk stated the truck was even more “Blade Runner-Esque” than designs and renders suggested. The truck’s futuristic shape and design were meant to be different than anything that was available to consumers today, and it is. “It doesn’t look like anything else,” Musk said at the vehicle’s unveiling event at the SpaceX Rocket Facility in Los Angeles.

Mead’s passing is unfortunate, but as fans of Tesla’s work, we should all be grateful that the man who designed some of the inspirations for the truck had the opportunity to see it before he left Earth. His work with science fiction films is impressive and his passion for his work has evidently led to other’s feeling inspired by it. “I’ve called science fiction ‘reality ahead of schedule,’” Mead said in a 2011 interview with the New York Times.