The FIA World Rallycross Championship’s Projekt E series is built around electric cars, and Ken Block is one of the drivers making the switch away from internal-combustion power. In this video, Block puts his Ford Fiesta ERX electric rallycross car through its paces at a circuit in Höljes, Sweden.

“It’s starting from scratch. It’s a whole new way to race a vehicle,” Block says in the video. He’s sampled a couple of electric cars recently, including the Extreme E series’ off-road racer and the Ford Mustang Mach-E 1400, but the Fiesta is the first electric car Block will race competitively.

Announced last year, Projekt E will act as a support series to the main World Rallycross Championship, which will continue to use gasoline-powered cars for the time being. The FIA sanctioning body originally wanted to add an EV class to the main series, but that was vetoed by automakers. That means separate events for electric and gasoline cars will be held over a given race weekend. 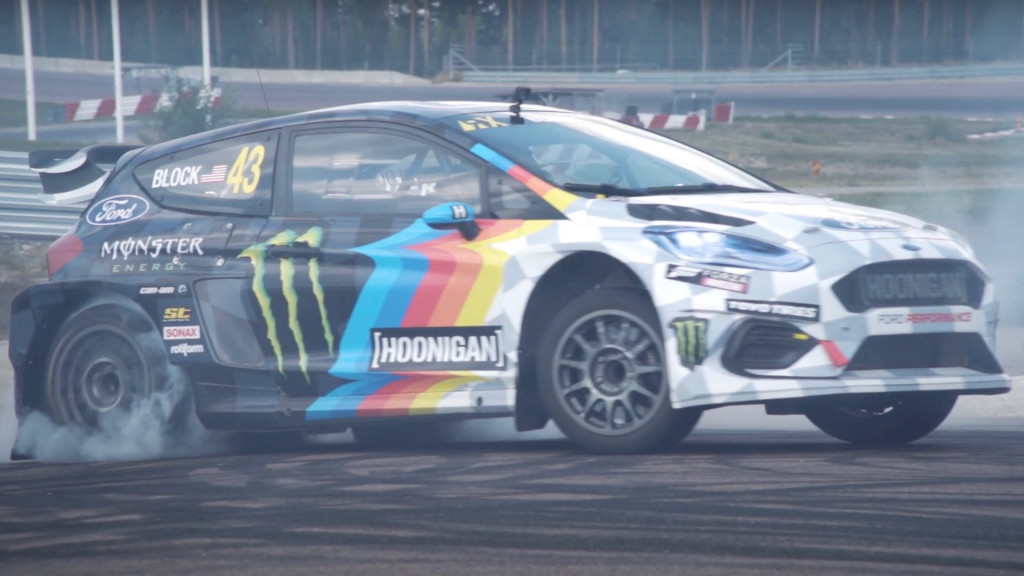 Block’s car uses the body from an eighth-generation Fiesta ST (which isn’t sold in the United States), but the road-going version of that car isn’t available with an electric powertrain. However, Ford doesn’t have a suitably sized EV in its lineup right now, and the Fiesta has been the automaker’s go-to rally car for several years now.

Built by Austrian firm STARD, the car boasts three electric motors, producing about 600 horsepower and 800 pound-feet of torque combined. It can do zero 60 mph in about 1.8 seconds, according to the race team, with a top speed of 150 mph. Each axle gets its own 2-speed transmission, although only one gear is used in races.

Block says the car feels heavier, though its weight is lower and its balance is better than a car with a combustion engine to give it a more planted, more solid feel. He also says its actually better than a gas car for his signature “hooning” because the one gear allows the wheels to spin faster.

Watch the full video for more of Block’s impressions on his new, all-electric ride, and for plenty of tire destruction.