SSC claimed to set a new land-speed record for a production car in October with its Tuatara supercar hitting a two-way average of 316.11 mph. Issues with the run and how it was measured prompted company CEO Jerod Shelby to abandon that claim soon thereafter, but he promised to make the run again. Now, that’s happened, but it didn’t go as planned, and no land-speed record was set.

The SSC team ran the new record attempt at the NASA runway in Florida, the same runway where Hennessey Performance Engineering set its record in the Venom GT Spyder.

During the first attempt in October, the SSC team used a Dewetron TRIONet chassis with a GPS card and a laptop computer to process the satellite tracking data. For this new record attempt, the SSC team put redundancies in place for satellite tracking with two Racelogic systems including a VBox and an OEM system, a Life Racing tracking system, and three Garmin systems all installed in the Tuatara. Some were installed on the roof of the car and some were placed in the frunk. The latter posed an issue due to wires running out of the hood into the car, which caused the hood to keep popping open during high-speed runs at over 200 mph, according to Mitchell.

The first record attempt placed professional race car driver Oliver Webb behind the wheel, but for the second attempt the owner, Larry Caplin, raised his hand and said, “I’m driving, I’m the owner of the car, this is my car,” according to Mitchell.

Since Caplin had minimal seat time in the car, SSC decided to reduce turbo boost and slow down the engine timing, then build things back as Caplin became more comfortable. 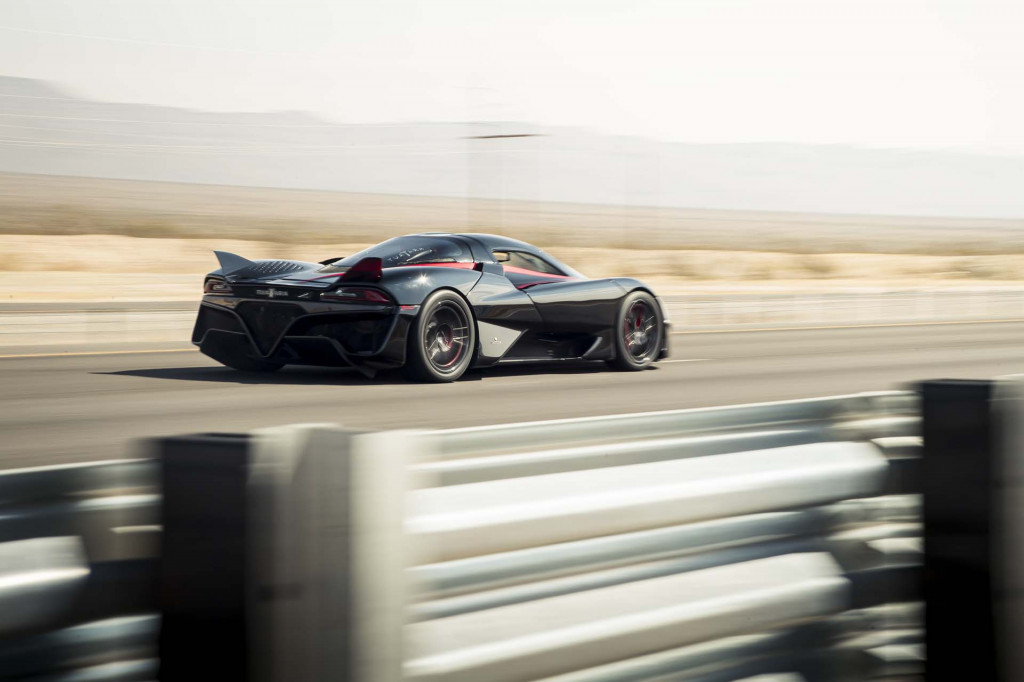 During Caplin’s second-to-last run, the Tuatara hit 244 mph in 6th gear at the runway’s halfway point. At that point, the car became so hot that the engine software began to pull the timing to save the engine. The issue affected two spark plugs, though nobody checked the plugs and didn’t realize the issue existed.

A chill box was installed to cool the intercooler and the entire engine for nearly two hours to restore a proper temperature. The boost was increased to within 3 pounds of full power, and Caplin went out for one more run.

This time the Tuatara hit 251.2 mph before the halfway point when Caplin aborted as he felt the car wasn’t building speed as it should. At this point, the SSC team realized two cylinders had lost power, and the record attempt was over. The 251.2 mph run was done with two cylinders not firing properly.

Motor Authority reached out to Shelby to confirm Mitchell’s story on the record attempt and has not heard back as of the time of publication.

SSC plans to run the record attempt again at the NASA runway in January, according to Mitchell. Click on the video above for a deeper explanation of the run.