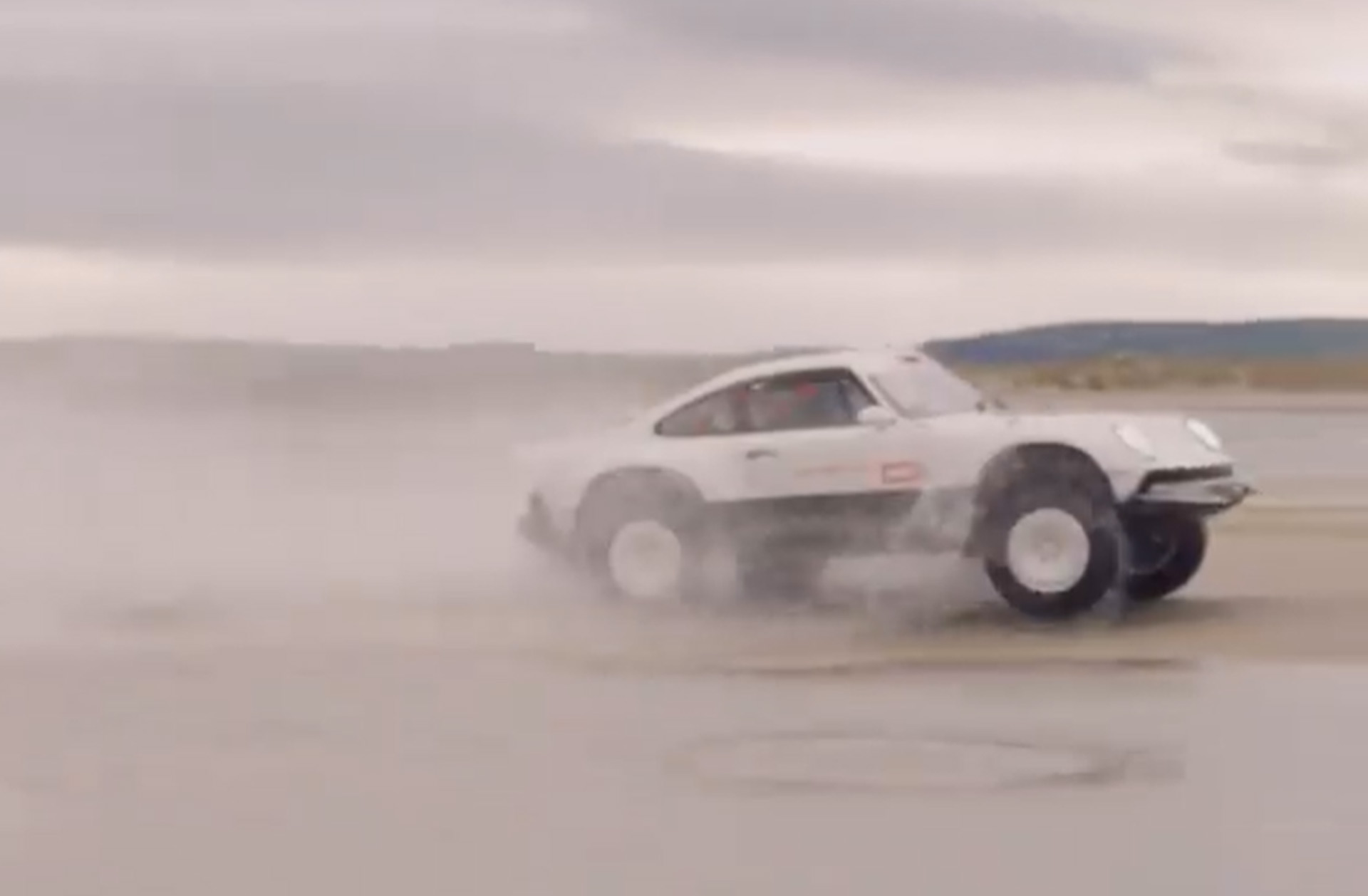 Singer Vehicle Design is world renowned for its modified Porsche 911s, but despite already having a stellar reputation in the 911 tuning scene, the California company never ceases to push the boundaries.

Case in point is Singer’s latest reimagined 911, a wild off-roader similar in ethos to the Porsche 911 SC Safari rally car of the 1970s.

It’s called the Singer All-Terrain Competition Study (ACS), and it’s not just a garage queen. In fact, its owner commissioned it to go racing, making it Singer’s first competition-ready vehicle. Helping in this department was the United Kingdom’s Tuthill Porsche, an expert in turning classic 911s into rally machines.

The ACS is based on a 964-generation 911 but features elements, such as the wide rear wing, that recall the iconic 959 rally cars that took on and won the Dakar Rally in the 1980s. Its engine is a 3.6-liter twin-turbocharged flat-6 that’s air-cooled and generating around 450 horsepower. It isn’t clear what the transmission is but we know drive is to all four wheels.

From the video, we can see the interior has been fitted with a digital instrument cluster that flashes red to indicate shift points.

Singer said more details on the ACS will be revealed in the coming days, so stay tuned.

There’s been a lot of interest in Safari-style 911s in recent years, with Lehman Keen seeming to have kicked off the modern trend with the launch of his Keen Project Safari conversion program in 2013. Since then famous Porsche tuners Gemballa and Ruf have also teased their own designs, and even Porsche looks to be readying its own entry.