The values of old Nissan Skyline GT-Rs continue to soar, especially now that more and more examples are becoming eligible for import into North America.

As a result, the cars are becoming more sought after by collectors, though given the nameplate’s popularity with the tuning scene, finding original examples in prime condition is rare. That’s where Nissan, more specifically the automaker’s Nismo performance arm, can help.

Nismo has had some success with the launch of official parts for the R32, R33 and R34 generations of the GT-R, but is now offering a full and rather comprehensive restoration service where a customer can have their car stripped to its bare structure, repaired if necessary (with stiffness and dimension measurements taken), and even coated in rust protection before a full repainting.

There are also options for owners on smaller budgets. For example, the restoration can focus on just one element, such as the powertrain, drivetrain or interior. For each restoration, every part involved is inspected and tested, after which it is either refurbished or replaced by an official part. A detailed log of all the work done, along with part numbers, is included in the process. 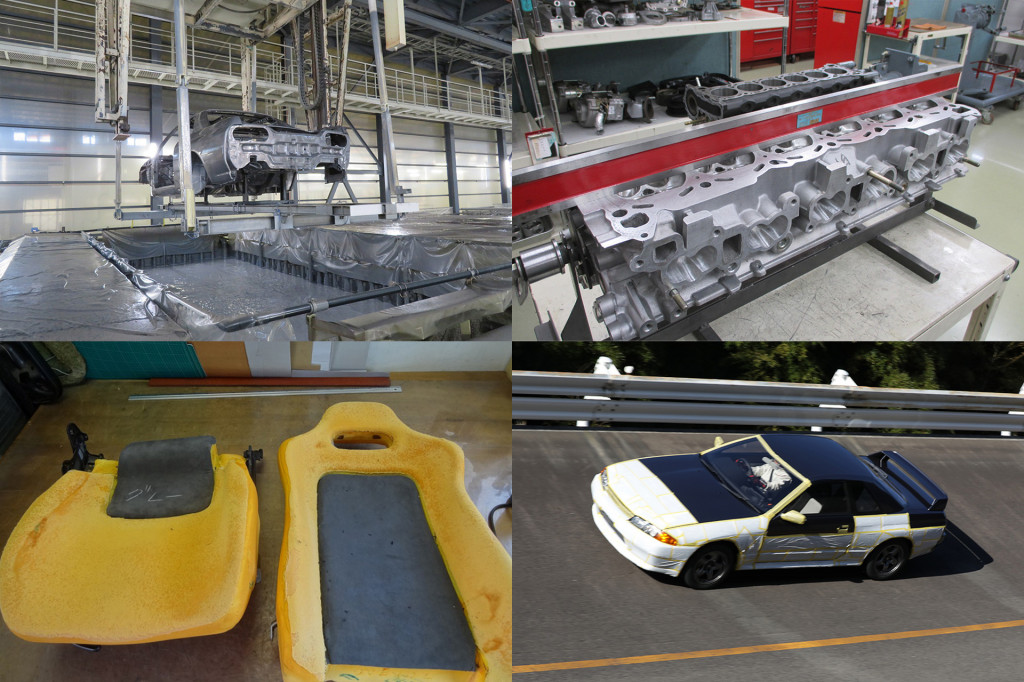 For the interior, original trim fabrics can’t be replaced due to changes in flame retardant standards. Depending on the owner’s wishes, Nismo’s restorers can clean the original fabric for reuse or add new fabrics used in production of the current R35 GT-R.

The final step of the restoration is a run on a dyno and a test drive on a racetrack with a professional driver behind the wheel. A special build plate is then attached to show that the car was restored, and a one-year, 20,000-kilometer (12,427-mile) limited warranty is included.

Nismo also offers as part of the service a chance for owners to upgrade their cars, for example from a standard GT-R to a V-Spec or V-Spec II Nur. This will depend on the availability of parts, Nismo said.

The restoration takes place at Nismo’s main facility in Yokohama, Japan, and can last up to a year depending on the level of work done. Nismo said it has restored cars for sale and can also source cars for the service if anyone is looking to join the Skyline GT-R ownership club.