Want to know more about hydraulic suspension? Here’s all the hints and tips you’ll ever need…

What is hydraulic suspension and why do I want it?

Hydraulics are everywhere, just not often on car suspension! This setup is for the hardcore people, the people who want nothing else from their car aside from it to be able to be dumped to the tarmac in an instant, raised back up just as fast, and depending how trick their system is, able to adjust the height of every corner individually, and at extreme speeds. You want your car to roll on three wheels or literally jump off the ground? Well, you can with hydraulics.

Just like air suspension, hydraulics are actually pretty simple, but with these the entire original spring and shock assembly is chucked in the bin and replaced with a hydraulic ram, which is the kind of thing you’re more likely to see controlling the bucket on a digger, or a crusher. As with air-ride, control of the rams is down to electrically operated pumps feeding the fluid to the rams via lines, though all the components – from the rams, the pumps, and the electrics that supply the power and control – tend to be bigger and heavier, so hydraulics are more expensive and harder to fit than air suspension.

The final thing regarding actually wanting hydraulics is that you need to understand performance and comfort tend to go right out of the window! A full hydraulic setup, especially with the additional electrics needed, are heavy as hell, and ride quality tends to vary from too low to drive and ultra wallowy, to rock solid and uncomfortable, with very little option for a good middle-ground, especially when it comes to handling! 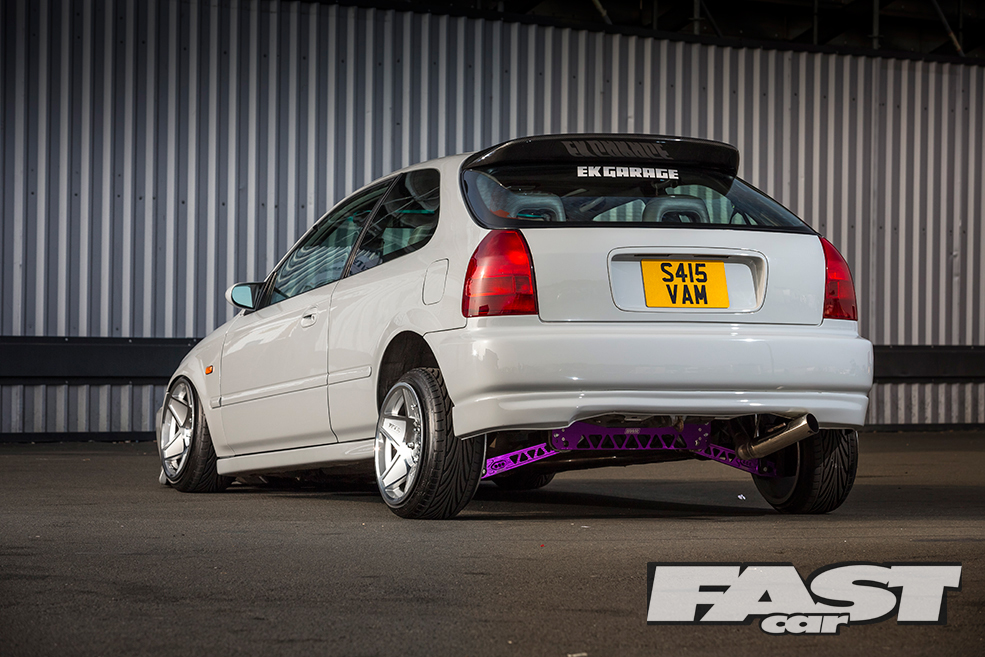 Hydraulics first appeared as a tuning modification in the low rider scene in the late 50s, mostly started after a new California law made static drops illegal. At the beginning, hydraulic pumps and rams were salvaged from all kinds of things, even scrap bomber aircraft, and were fitted to low riders to allow the ride height to be adjusted at the flick of a switch any time the cops appeared.

From what started as the only way to make a car legally low, soon turned in to a complete modification scene based around low riders and the unique things hydraulics could do, such as rapid and extreme height changes of individual wheels, to the extent of making the car jump and dance. As time has moved on, hydraulic kits have gone from salvaged military and industrial parts to custom made bits especially for cars, but the basic methods, components and uses of aftermarket hydraulic kits are exactly the same to this day. 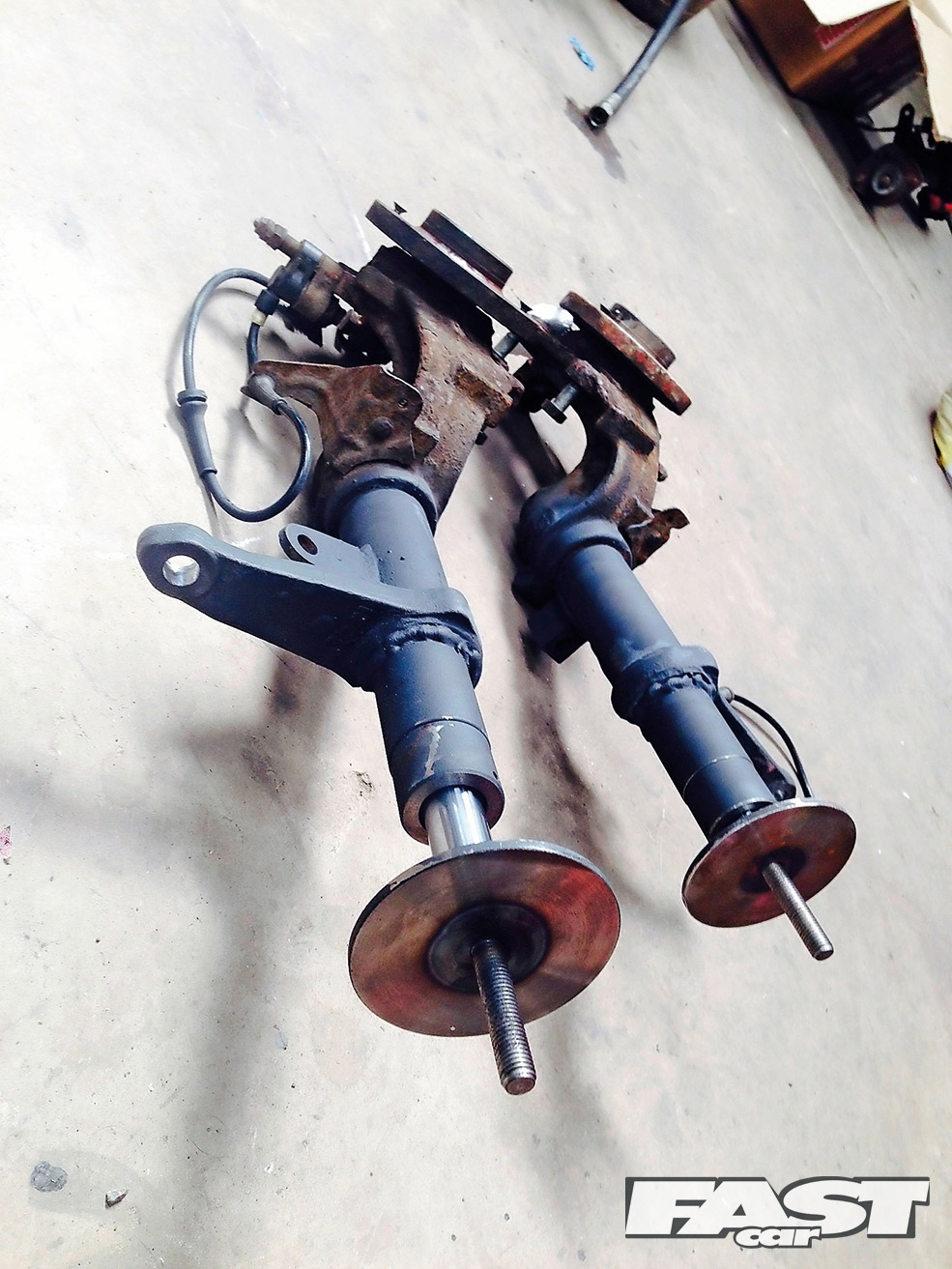 This is what you replace your conventional shock and spring setup with, and can be seen on everything from JCBs and planes, to the trolley jack you probably own. These are fitted directly in place of the conventional suspension, though in most applications custom work will be needed to mount them. It’s these rams being filled and emptied with pressurised hydraulic fluid that raises and lowers the car. 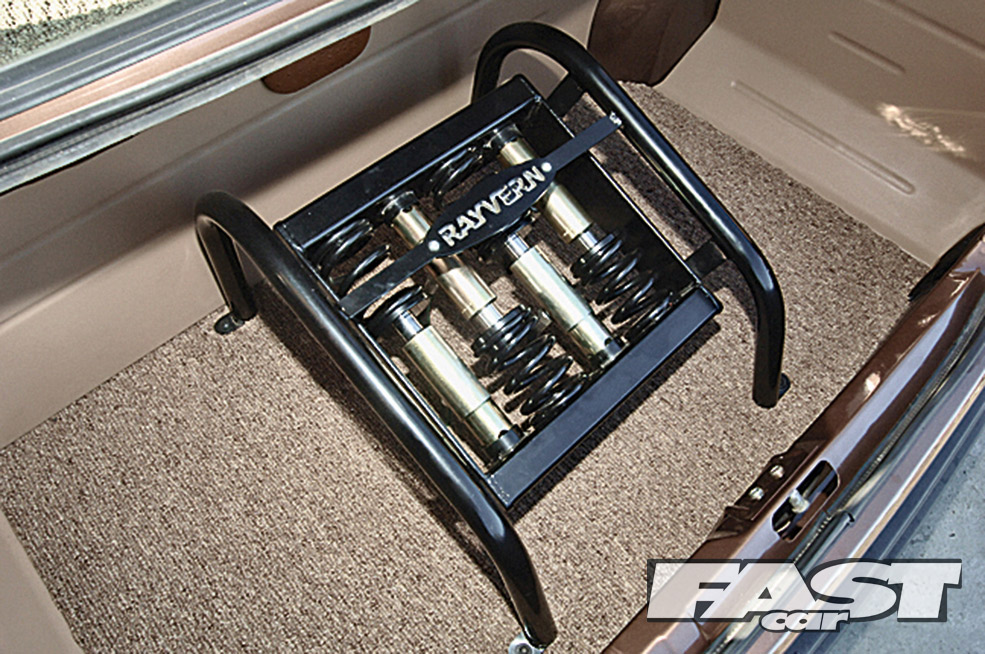 Yes, we know we said the rams replace the shocks and springs, but on some kits, be it for improved ride quality, or to stop the car getting smashed to pieces from the shock on hopper/jumper cars, small suspension springs can also be added to inject a little compliance to what would normally be a rock-solid setup. Not all hydraulic kits run these, or indeed need them, but they do seem a good idea! 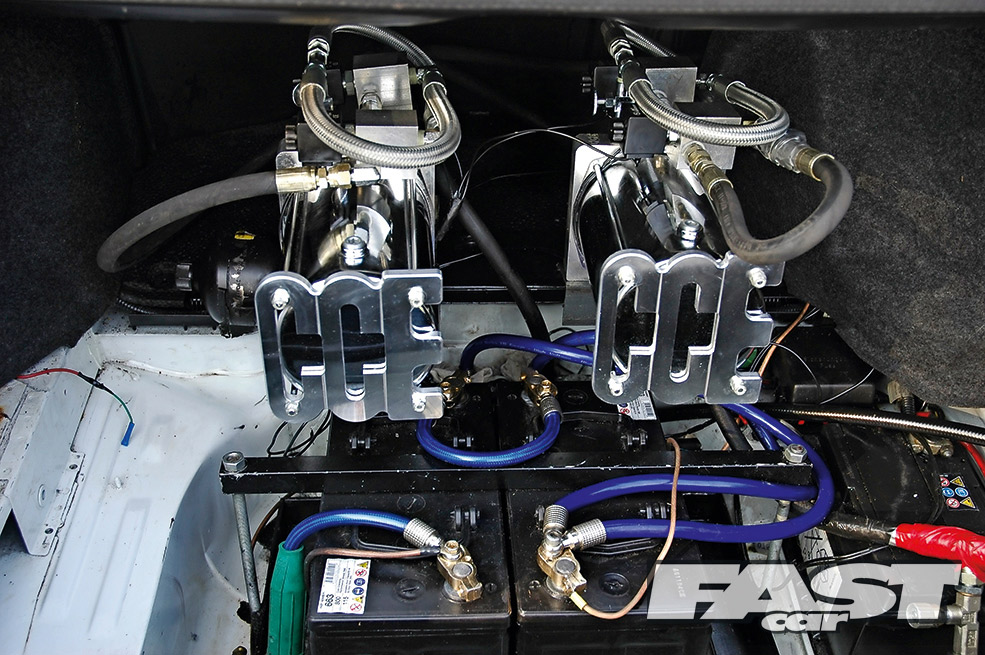 You need a way of powering it, and that’s by using a heavy-duty hydraulic pump or four. While they work in the same basic manor as air systems, these are much bigger and more powerful. They need to use pressures over ten times more than air bags. These huge power and pressure levels give the faster response, but this means they are heavier and take more electrical power to work. 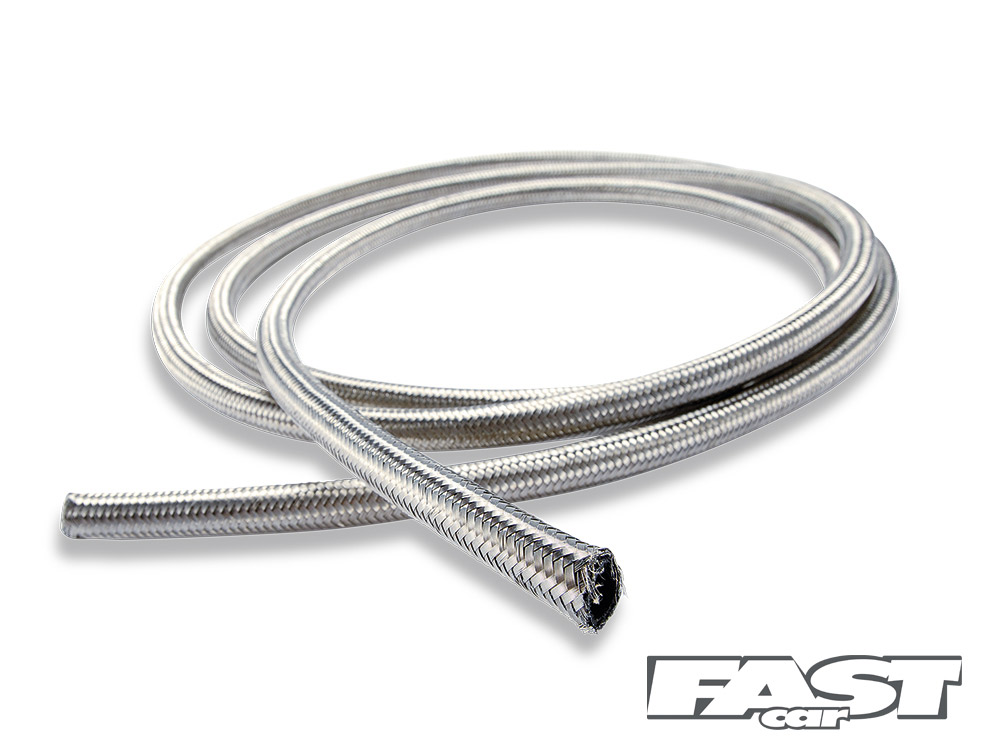 No weedy plastic piping and easy push fit connectors with hydraulics unfortunately, this stuff tends to be serious heavy-duty hose with big metal connectors to cope with the massive pressures. It’s a good job too. If you get a leak with hydraulics, you’ll know all about it – the high pressure means it can spray out all over the shop. Hydraulic fluid isn’t the nicest stuff, it’ll do a lot more damage than air! 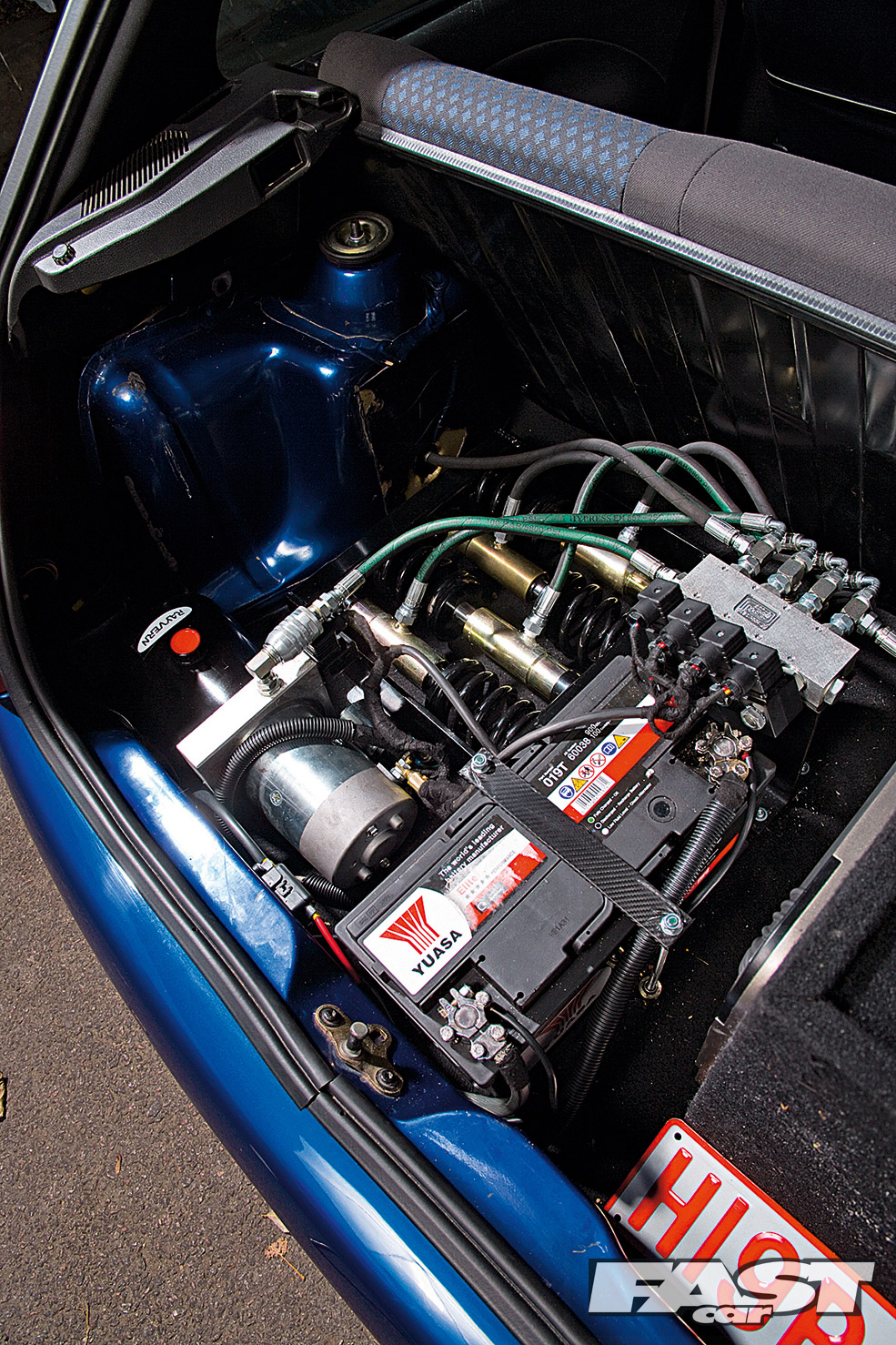 Big, powerful pumps need big, powerful electrics, and if you want to make your car raise up and down really fast – or even dance – the electrics need even more beefing up. Multiple batteries are common, even ten or more very large batteries is not a rare sight, as well as heavy duty wires and uprated or even twin alternators.

Beyond this, it’s quite common practice to convert the usual 12-volt car electrics to truck style 24-volt, or even mains-spec 240-volt electrics on serious low riders for maximum performance. The electrical system is actually the most in-depth part on hardcore low riders to create the huge amount of power needed (over 2000 amps in some cases) to make the car dance or jump. You can have cars with up to sixteen switches on the control box for all the crazy moves the owner wants the suspension to do. 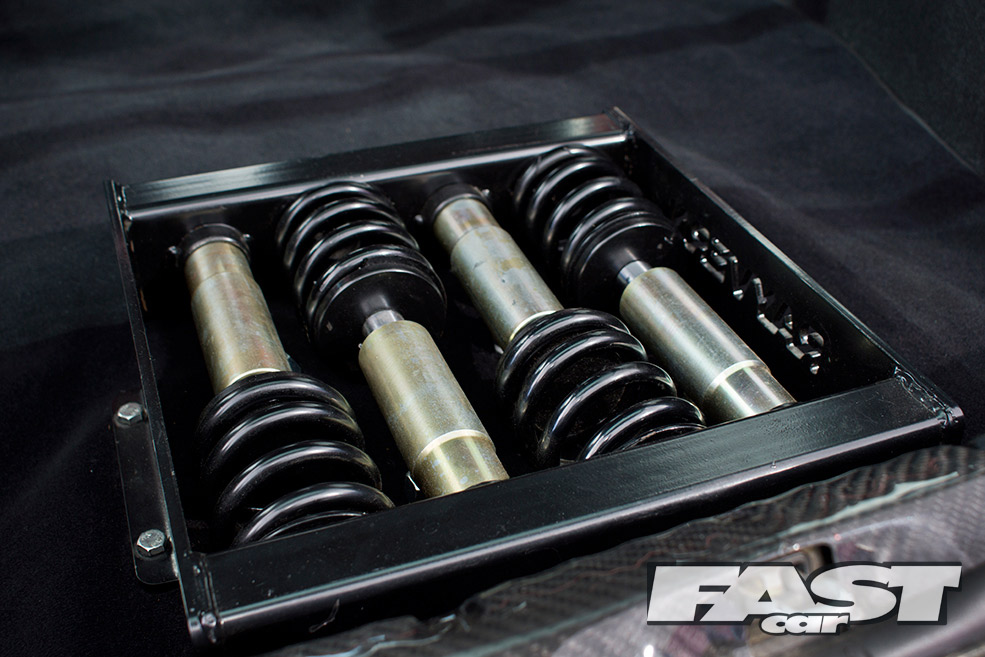 Can I just bolt it on and away I go?

Frankly, unless you own a ‘64 Impala or similar, the answer is no. Hydraulics is such a specialised thing, especially outside the US low rider scene, that aside from a very few typical low rider cars, hydraulic suspension is always a custom setup.

While the days of people using hydraulic rams from scrap industrial machinery may be over, even hydraulic setups intended for use on cars need custom fabrication to fit. Someone very handy with mechanical modification and fabrication could certainly fit a kit, but usually we’d recommend that they are left for a professional to install. People such as Rayvern Hydraulics specialise in this kind of work. 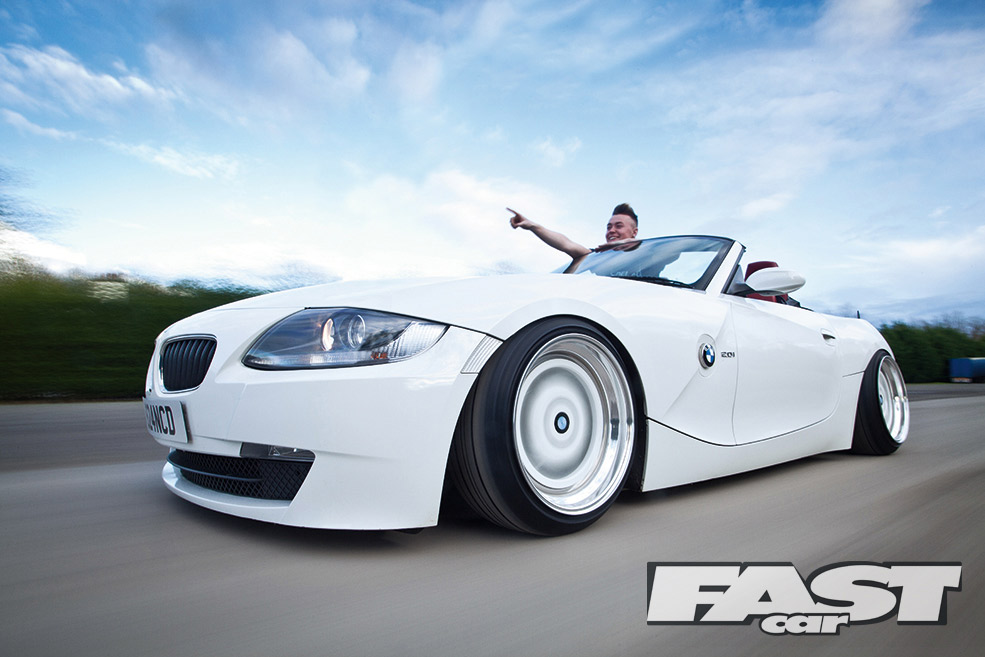 What’s it really like to use hydraulic suspension on a daily basis?

Not much turns heads in the UK more than a car on hydraulics, that’s for sure, but from a performance or comfort point of view, it’s not something that most would be able to handle as a daily driver.

If you want hydraulics, you generally need to be committed to the cause. The problems come down to two main things: weight and ride quality. A boot full of heavy batteries and pumps will noticeably slow down any car, and while most American low riders are big block V8s with plenty of grunt to haul the weight, your average two litre European or Japanese car will massively struggle to get anywhere fast. The other main problem is the ride, as most kits at are too low and too soft at their maximum settings to drive. Then, when raised up, the suspension becomes almost rock-solid, which is not a good thing for comfort or handling. 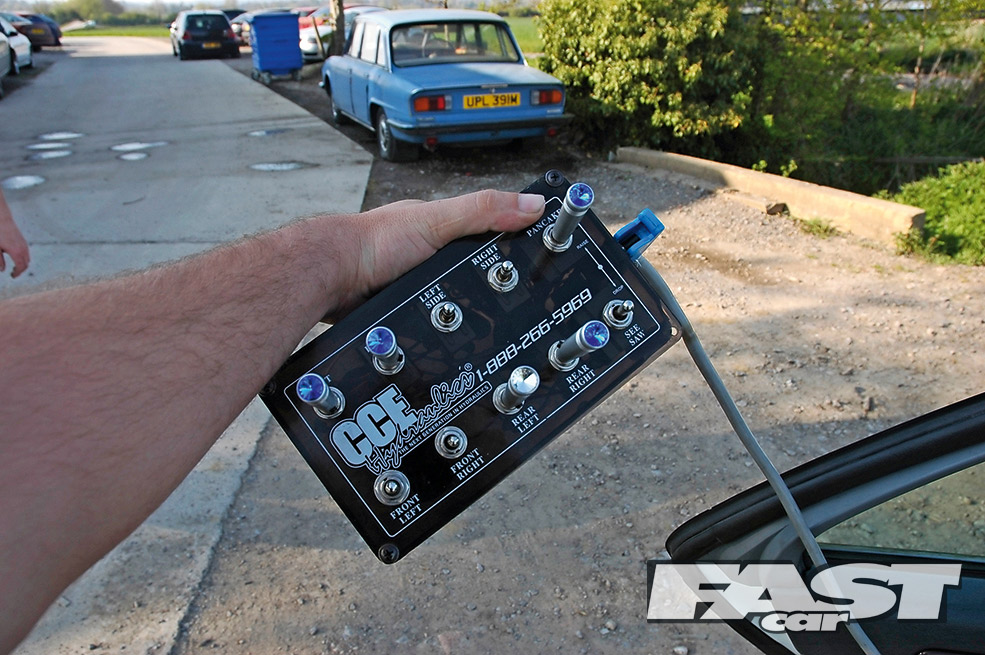 What are the pros and cons of hydraulic suspension?

Pros: They’re fast acting, and extreme height changes are possible with ease. How else are you gonna make your car dance and even jump off the ground?

Cons: Expensive, very heavy and custom fit only. Serious electrical upgrades are required, and they give relatively poor ride and handling. High pressures and hydraulic fluid mean things can get messy if they go wrong. Hydraulic rams tend to be less reliable and resistant to the weather and road salt in comparison to air bags.