We experienced the 2022 GMC Sierra Denali Ultimate, had a stint behind the wheel of the 2023 Porsche 911 Carrera T, and learned that Jay Leno has left hospital. It’s the Week in Reverse, right here at Motor Authority.

We found the 2022 GMC Sierra Denali Ultimate cruises past the competition. After hooking multiple trailers to the rear end while testing the Super Cruise hands-free driver-assist system, it’s clear the Sierra is the ideal highway hauler. And with the Ultimate trim, the Denali finally looks and feels like a luxury vehicle with some of the nicest leather in any GM vehicle.

Mercedes-Benz will now require a $1,200 annual subscription for some of its EVs to deliver full power. The vehicles will experience a 0-60 mph improvement of 0.8-0.9 seconds, the automaker said. However, the automaker hasn’t detailed how this will work as to whether it will be an OTA update or require a trip to the dealership.

after 10 days. Leno was working on his 1907 White Steam Car on Nov. 12 when he suffered third-degree burns. The automotive enthusiast and celebrity is expected to make a full recovery.

We spent an afternoon in the 2022 Porsche 911 Carrera T and found it makes performance simple. By adding a manual transmission to the base 911 along with the best bits from the Carrera S, the Carrera T seems to perfect the 911 formula for enthusiasts.

In our latest column, Graham explains how amateur driver Ian Loggie left nothing to chance in winning the UK’s premier sportscar crown.

In British GT – which at the front is for Pro-Am driver pairings – it’s easy to have your attention taken by the Pro drivers. They set the pace and provide the star quality. The recent Donington Park season finale ended with victor Alexander Sims chased by Jules Gounon, a level of driver excellence that bears comparison with almost any series.

But, in British GT there’s an equivalent adage to golf’s ‘drive for show, putt for dough’. That is, while the Pro driver captivates, it’s the Amateur driver who’ll win you races and championships. And this season it’s proved as much, as the main championship was won – nay dominated – by Am driver Ian Loggie in his RAM Racing Mercedes. He won it alone, as his Pro driving partner rotated between Gounon and Callum Macleod when Gounon had clashing dates. 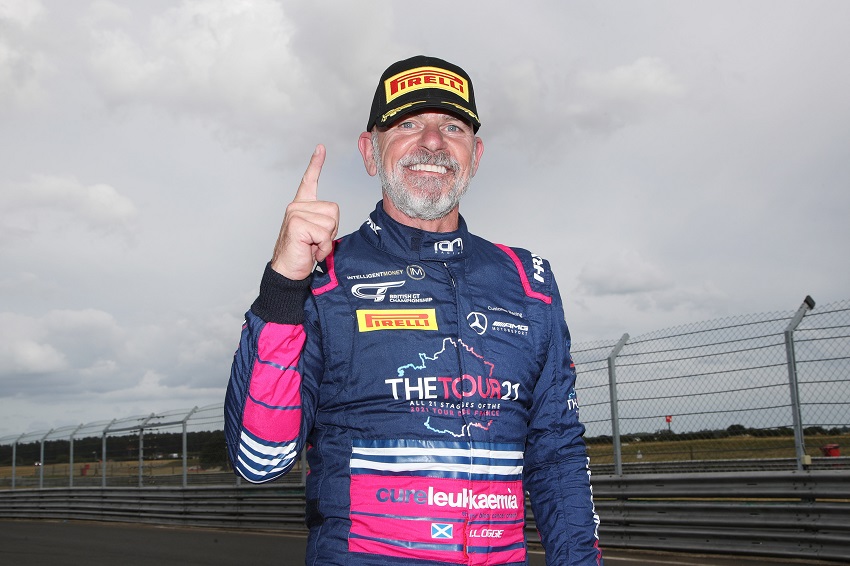 And even before this season started, Loggie was clear favourite. He’d finished close runner-up in 2021, and for this year the 59-year-old left nothing to chance.

When asked by Motorsport News what made the difference for 2022, his answer was immediate: “Practice makes perfect. I did 85 races this year”

Indeed, in 2022 Loggie’s been full-time in GT Cup, and has raced in GT World Challenge, Asian Le Mans Series, the Dubai 24 Hours, Portimao 24 Hours and Gulf 12 Hours. He’s even popped up in Porsche Carrera Cup GB, and represented the UK in the FIA Motorsport Games. 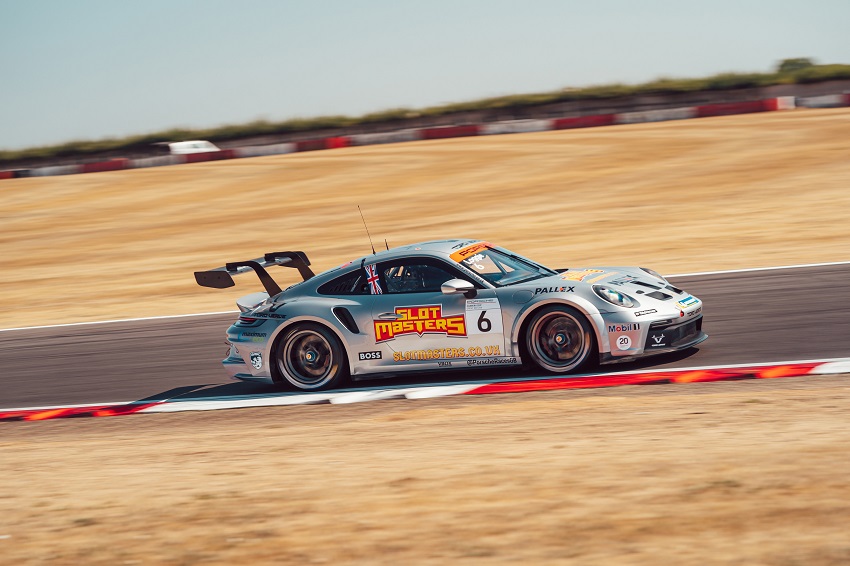 “So many race starts: peripheral vision, you anticipate things going wrong. Little things that Pros teach you every time you’re in the car.”

Added to this, he had the aforementioned superstar Gounon alongside him. The pair set the points pace immediately with a win and second place in Oulton Park’s season-opening double header (albeit after an argument in the courts).

And from there, Loggie enacted the second part of his title-winning master plan. Devastating consistency.

The results tell the tale. Silverstone aside, where he was caught in someone else’s accident, he never finished lower than sixth. All in, he got six podium finishes from the season’s nine races. Quite the achievement in a highly competitive championship that applies success penalties. Quite the achievement too in a contest where plenty can and does go wrong: watch any British GT race and penalties for contact and pit infringements are frequent, and usually ruin your race. 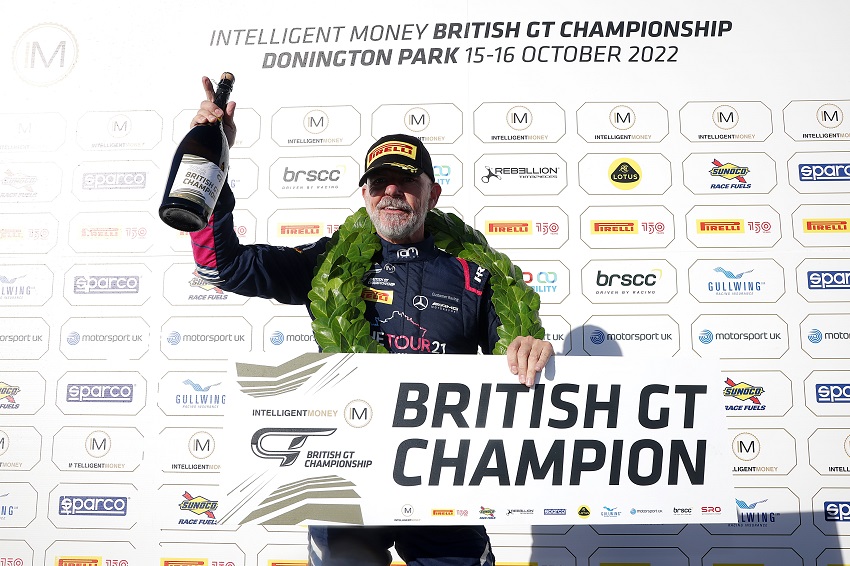 Loggie by contrast proceeded this year, and consciously, with a clean bill of health. “It’s much more than just being able to do the lap time,” he explains, “it’s about getting the pitstops right, don’t get penalties, and we’ve not had one penalty this year.”

It all added up to no-one else getting near. His title winning margin was 33.5 points, the largest seen in this contest’s modern history.

He’s promised to be back in 2023. His rivals know who they have to beat.

As the celebrations of M Sport’s 50th Anniversary continue, BMW has unveiled another new gift to itself. Yep, the BMW 3.0 CSL is back from the dead.

Well… we didn’t see this one coming!

As you may have noticed, BMW has spent this year unveiling a few new sporty special editions, each designed to celebrate fifty years of its iconic M Sport performance brand. First, there was the highly controversial XM SUV, then, there was the marginally less controversial M4 CSL. And now, as the year draws to its close, there’s this: a third and (presumably) final marker of the occasion – the rebirth of the BMW 3.0 CSL.

Now, before we get into the geeky specs of it all, let’s add some context into the mix. If you aren’t familiar with the significance of the 3.0 CSL nameplate, that was the title given to M Sport’s first ever creation. Ultimately a race car, the BMW 3.0 CSL was also produced in limited numbers as a roadgoing homologation special; its extravagant aero earning it the ‘Batmobile’ nickname. So, as you’re probably gathering, it’s a bit of a legend amongst Bavarian circles. In hindsight then, maybe we should’ve seen its rebirth coming after all… 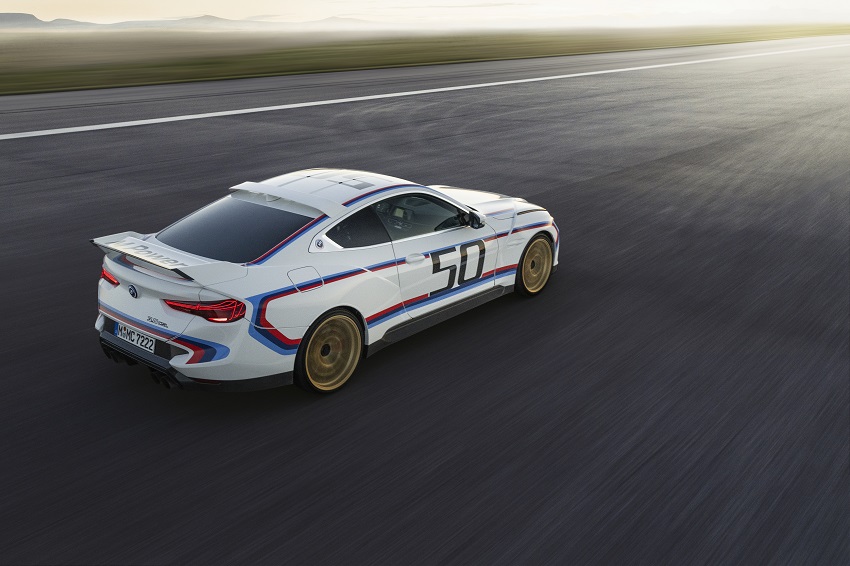 Anyway, the first thing you might be thinking upon looking at this car is, ‘surely it’s just a concept?’

Well, nope. It’s not. This polarising reimagination of the M4’s silhouette is heading for production, albeit only 50 will actually leave the factory floor. Like many recent BMW designs, you could probably accuse the 3.0 CSL of being a bit heavy-handed, but then, the 1972 original was hardly subtle either. Regardless of how you feel about the end product, it’s clear that a lot of thought has at least gone into making it.

Wildly different to the regular M4, upon which this 3.0 CSL is based, there’s plenty of visual talking points to cover. First, there’s the exceedingly dramatic wheel arch extensions, which appear well-blended into the car’s contours from some angles but not from others. Then, there’s the famous Hofmeister kink window line, accompanied by plating where the rest of the regular M4’s window would normally be. At the back, the nods to the past continue with not one, but two, rear wings – just like the original had. Plus, while the regular modern M cars’ big kidney grilles have been a point of ire for many people, the one featured on this 3.0 CSL is rather stubbier than that of the M4. 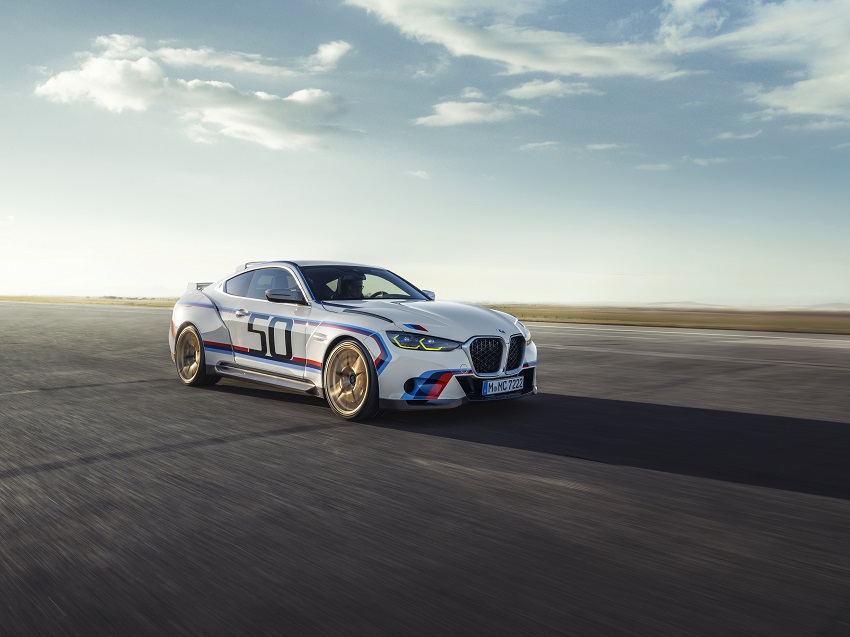 So, it’s certainly eye-catching, but don’t go thinking that this is merely a reskinned version of one of BMW’s existing coupes. Although it shares its core DNA with the M4, a large number of modifications have been made behind the scenes – as well as on the outside.

Under the bonnet, BMW’s 3.0-litre S58 straight-six now produces 552bhp – 10bhp more than it does in the M4 CSL, and a near-50bhp increase over the version fitted to regular M4 Competitions. Torque, meanwhile, is capped at 405 lb ft in order not to shatter the car’s six-speed manual gearbox.

Carbon ceramic brakes are what you’ll find at either end of the vehicle, stowed away behind staggered 20 & 21-inch rims. Meanwhile, Michelin are the company that BMW has turned to for tyres; the 3.0 CSL coming equipped with a set of Pilot Sport 4Ss. 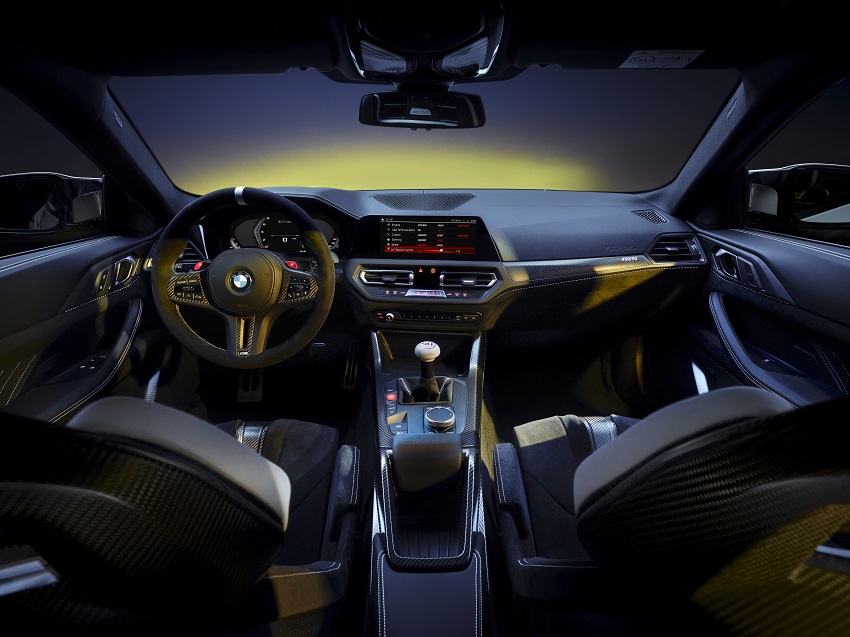 A fair amount of weight saving has taken place too, as you’d expect of any car given the CSL badge. However, while BMW hasn’t provided an official kerb weight yet, they do say that the car has a 2.9hp/kg power-to-weight ratio. So, if you do the maths, it looks as though the BMW 3.0 CSL will tip the scales just beyond the 1600kg-mark; about 100kg or so less than a regular M4. Not bad!

Each of the 50 examples will be built and painted by hand – yes, the production cars all get that livery too – so while an official price is yet to be confirmed, it’s likely to be within reach of only the wealthiest collectors.