An unusual Porsche 356 one-off will cross the block at RM Sotheby’s auction, scheduled for August 13-14 in Monterey, California.

The 1954 Glöcker-Porsche 356 Carrera 1500 coupe was built by Walter Glöcker, a Frankurt car dealer and racer. His seventh home-built special, the modified 356 was built to compete in the 1954 Mille Miglia, but wasn’t finished in time.

Instead, the car raced in the Liége-Rome-Liége rally with Walter’s cousin, Helm Glöcker, at the wheel. Technical problems meant the car wasn’t competitive, and it doesn’t appear the car was used in any other events. 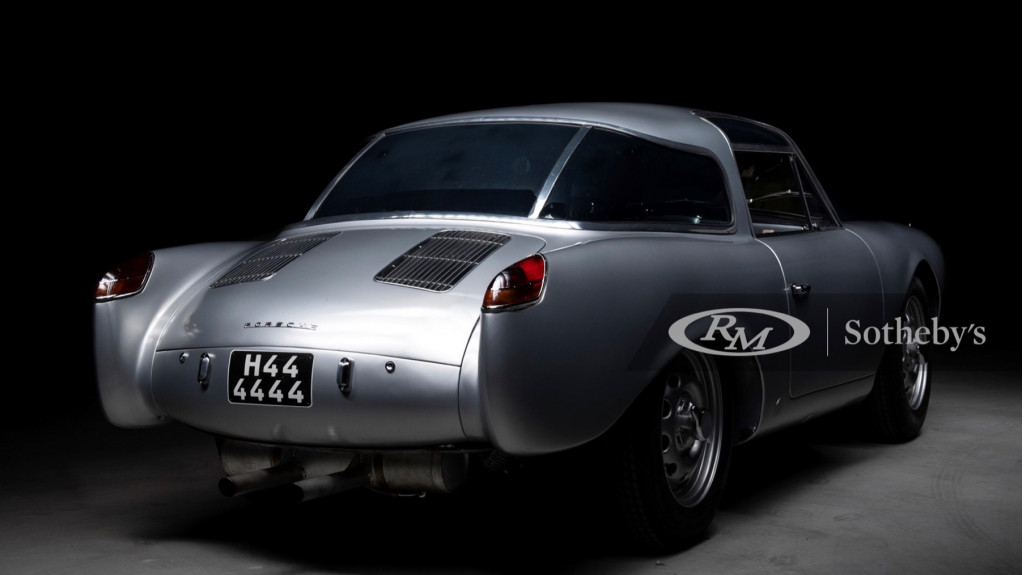 The Glöcker coupe won’t be mistaken for any other Porsche. The large wheel arches and tail fins seem a bit out of place on what is very sleek-looking car in stock form. The rectangular rally lights and bumper-mounted circular light probably helped with visibility at night, though.

Glöckner also added a glass section at the top of each door, which extends into the roof, as well as a multi-element wraparound rear window. It’s unclear why he made these modifications, but they likely improved outward visibility.

The engine, a Type 547 quad-cam flat-4 from a 550 Spyder, was supplied by Porsche engineer Ernst Fuhrmann himself, according to a 2016 Road & Track article. The car had reportedly changed hands in a private sale about two years prior to the publication of that article, but the price wasn’t disclosed. RM Sotheby’s hasn’t released a pre-auction estimate, so it’s hard to say how much this unique Porsche will sell for. Beauty is in the eye of the beholder, after all.