The darker months have arrived, so be prepared for whatever the weather can throw at you with some winter tyres. Here’s what you need to know…

What Are Winter Tyres?

Well, they’re not the studded/snow chained monsters that people think they are. Proper winter tyres look pretty similar to your ‘summer’ rubber, with the main difference being the compound (which is much softer) and the design of the tyres’ ‘sipes’. Those are the little slits that trap the snow and ice, aiding traction.

Winter tyres are designed to work below seven degrees, which is, I think it’s fair to say, proper nippy. 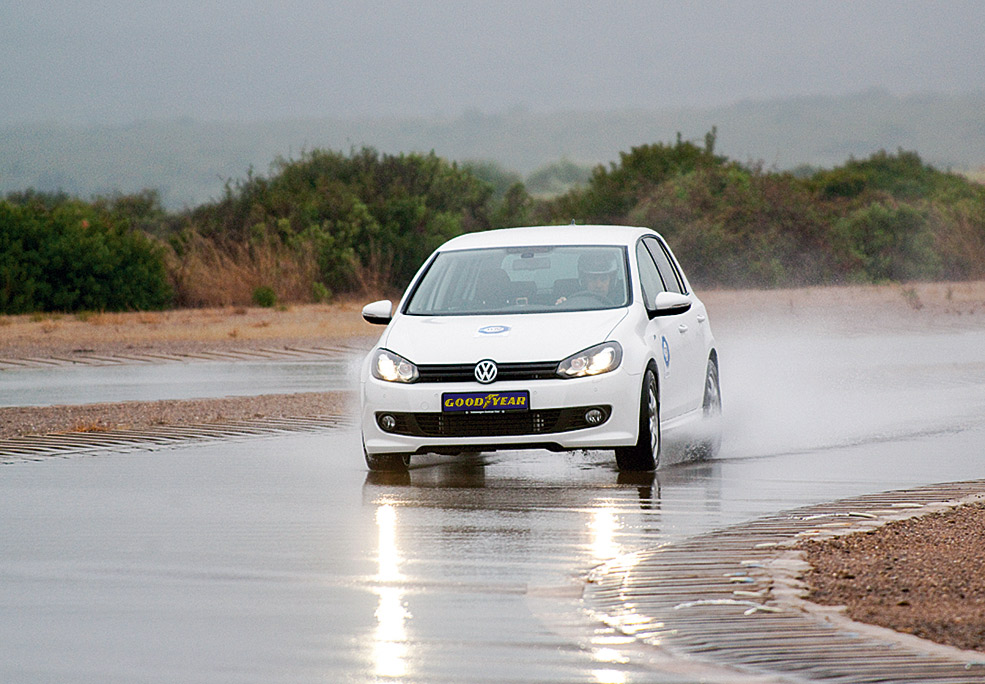 What Are The Benefits Of Winter Tyres?

Officially, the definition of ‘low temperatures’ is less than seven degrees. Unofficially, it’s when it’s colder than a penguin’s handbag, which is any time from December to March. Grip comes courtesy of Functional Polymers, which keep the tyre nice and soft. Soft = grip. Hard = slip. Simples.

Slush Puppies are good, slushy roads are rubbish. Winter tyres have some serious directional tread designs, which prevent the wet stuff collecting between the tyre and road surface and stopping you from going arse-first into a ditch.

Winter tyres have specially designed treads which dig into the white stuff and also collect snow in the tread. This snow-on-snow contact provides superior traction and grip, much like rolling up a snow ball. Snow’s sticky stuff when it’s stuck to more snow. 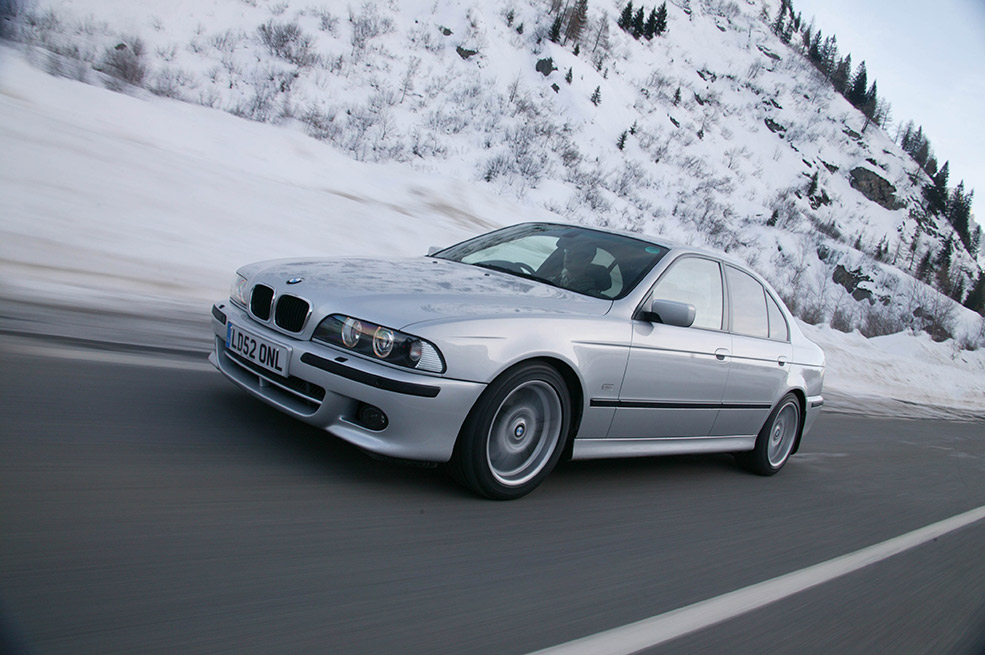 So, how does a winter tyre give you traction, apart from having a softer compound? Well, it’s all down to the design of the tyre’s sipes. These are the little slits you see in the tread and basically, they’re designed to open up before coming into contact with the road surface, and literally bite into the snow and ice for strong grip and traction.

In years not too distant ago, running steelies was about as fashionable as asking your barber for a mullet, but like the dodgy hairdo, steel wheels are apparently back in vogue. These days it’s an affordable way of keeping ‘scene’. Steelies are cheap, fancy free, and an ideal home for a set of winter tyres. 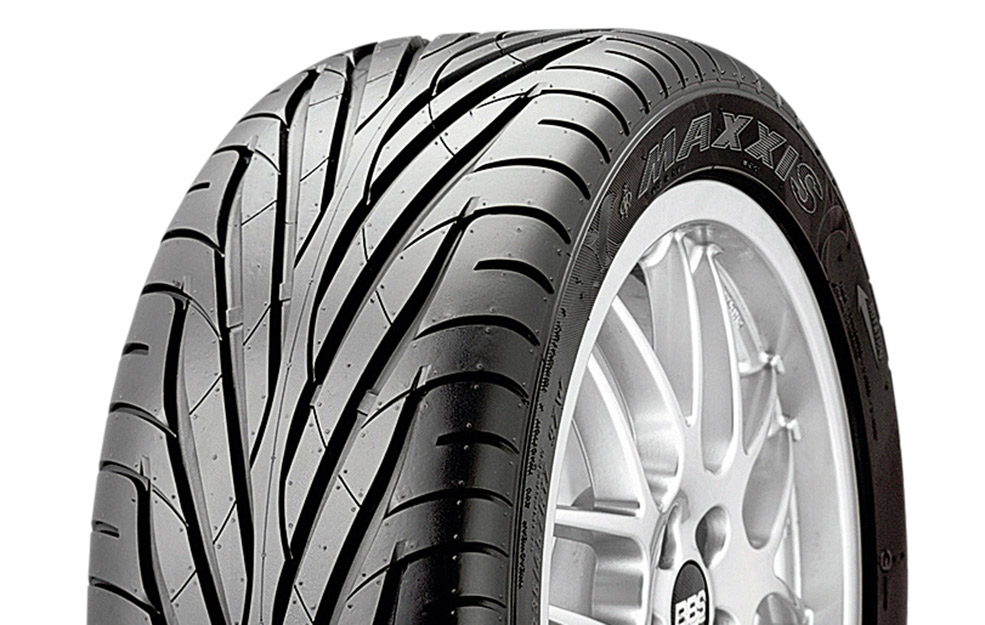 So, we’ve learned that winter tyres work best under seven degrees because they’re made of a soft compound and the tread sipes bite into the snow giving traction. But does that mean the performance rubber you’re currently running will be a liability this winter? Nope, not in the slightest. Rubber like the Maxxis MA-Z1 has a similar advanced silica compound as found in the winter tyre, which means a decent cold weather performance. So in summary, run a good tyre, get better performance.

One thing I’ve learned over the years is don’t scrimp on your rubber. Tyres are the only things that keep your ride on the road, so stay clear of any tyre manufacturer you’ve never heard of. Chances are they’ll be made from a rubbish compound, badly designed, and the rubber will be rock-hard. Stick to a big brand and you’ll be safe. 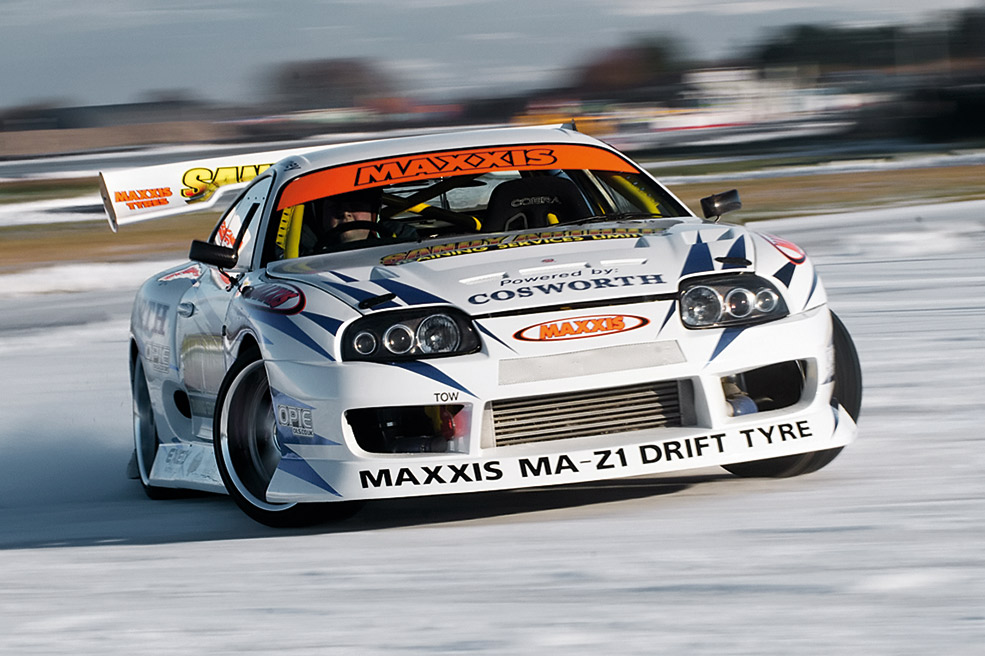 Hate to burst your bubble, but that’s not quite true. To drift you need grip, and all you’re doing in the snow is skidding, usually, with no control at all. That, my friends, is not drifting. Sure, you can learn a lot from an empty car park and a layer of the white stuff. But no matter what, you won’t learn enough skills to become the next Frederic Aasbo.

“Why does the UK come to a standstill in the winter? You don’t see Scandinavia stopping for a bit of snow.”

No, Scandinavia doesn’t come to a standstill, because people in Scandinavia and all those other snowy places in the cold all run winter tyres. A lot of them use studded winter tyres too, so there’s absolutely no comparison to your gran struggling to get out of Homebase on her rock-hard summer tyres. Take that Daily Mail readers!