Initially thought of as nothing more than a concept, the 1300hp Shelby GT500 CODE RED is now set to go on sale.

Boasting unhinged levels of power and thoroughly imposing looks, Shelby’s latest creation is ready to be handed over to the public. But, to fully grasp the importance of this car, you first have to look back through the history books.

Like most marques, the renowned Mustang tuners have often built rolling concepts to test out new engineering ideas, which then inevitably trickle down to their production offerings. However, in Shelby’s case, those experimental concepts have sometimes gone on to earn their own notoriety. Cars like the Green Hornet, Little Red, or Super Snake, are all well-known amongst the Mustang community, and yet, they never actually left the capable hands of Shelby’s test drivers.

CODE RED was intended to be much the same – just another modern legend amongst muscle car enthusiasts. Instead though, its tech isn’t going to be trickling anywhere. That’s because for the first time ever, Shelby will be unleashing one of its ‘experimental cars’ directly into the public realm. 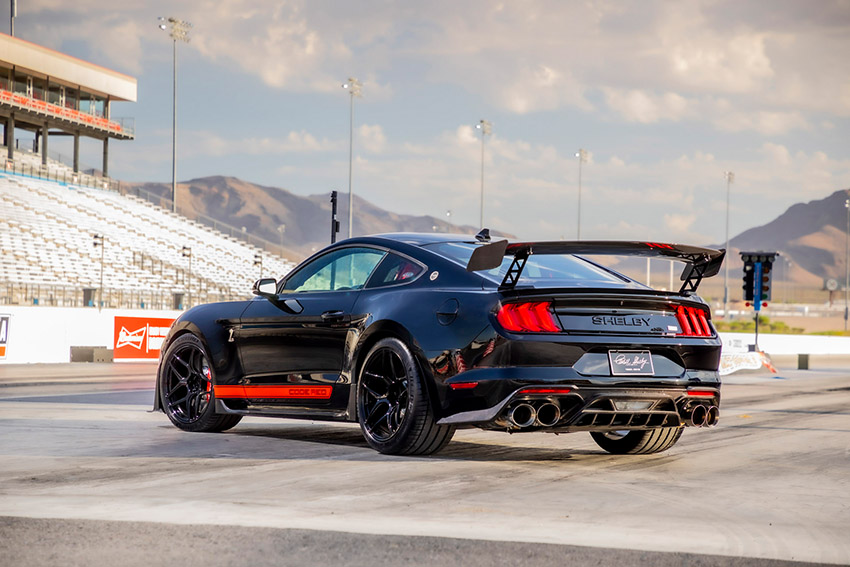 Based on the 2020-2022 Shelby GT500, which itself is based on the current Ford Mustang, this extreme muscle car will be an incredibly rare beast, with just thirty slated for production.

The headline characteristic is, obviously, the engine. The V8 block used in the car has a 5.2-litre capacity and is boosted by a set of twin turbos. The regular fuel and engine management systems used in the standard Shelby GT500 have been comprehensively reworked to cope, and the results are utterly mad.

CODE RED will typically output around 1000hp and 780 lb ft of torque, but if you fuel it with E85 Ethanol, those figures climb to 1300hp and 1000 lb ft respectively. Having already experienced an 800-horsepower Mustang, we can assure you that you’ll be in for a hell of a ride! 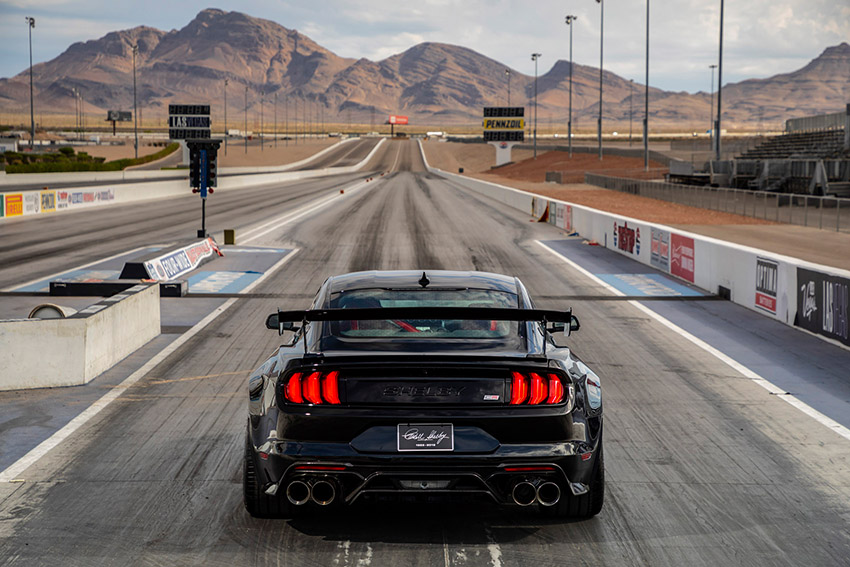 The amendments made to CODE RED do extend beyond the drivetrain as well. The fresh new widebody is plain to see, while you also get new wheels, tires, suspension, interior upgrades, badges, and a carbon fiber hood.

What’s more, all of these mods mean that it’ll no longer be road legal, so instead you’ll be confined to either the racetrack or the drag strip.

The company itself recommends the latter, describing the Shelby GT500 CODE RED as “more of a straight-line performer than a road course warrior.”

Mind you, if all you’re after is an adrenaline hit over a quarter-mile distance, you’ll do well to find a more exciting dragster fresh out the box.