We pulled together some of the best bagged cars to Trax Silverstone to find out which is the best Air Lift Car in the UK. Now it’s your turn to vote for your favourite!

We’re massive fans of Air Lift Performance here at FC Towers, not only is it practical but it looks and performs great, too. You go to a show and you’ll find a huge percentage of cars running air ride, which begs the question, what is the UK’s best Air Lift car? Well, we’ve lined up a diverse selection of our favourite Air Lift Equipped rides for you to crown one the King. Watch the video, read the below synopsises and then vote for your favourite at the bottom of the page. We’ll reveal the winner on October 13th. 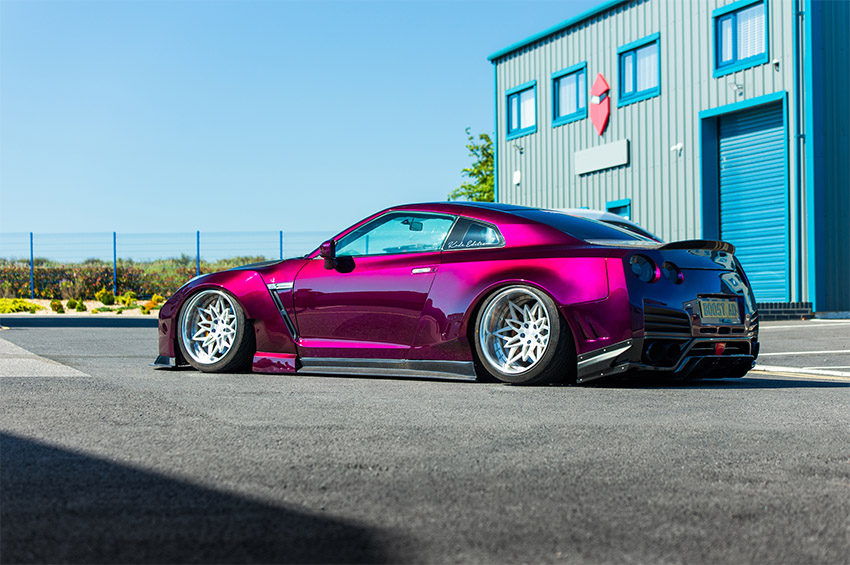 We first featured Adam’s candy purple R35 back in 2020, two years on and the GT-R is looking as fresh as the day it rolled out of the spray booth. A lot of work has gone into this build, but the headlining mods include that candy paint, CMST and Rocket Bunny styling, 20-inch forged wheels, Air Lift 3P air-ride and a power hike of 660bhp. Is it your best Air Lift car? Check out the full feature on Adam’s R35 GT-R here.

Quality over quantity is the best way to describe the philosophy behind Mike Nemeth’s RS5 build. He’s fitted a select set of Gucci parts to his Audi, including HRE FF11 flow formed wheels, a Remus exhaust and a lush carbon Eventuri intake system. He’s then relied on the Air Lift supplied lows to enhance the B8’s already sleek lines. 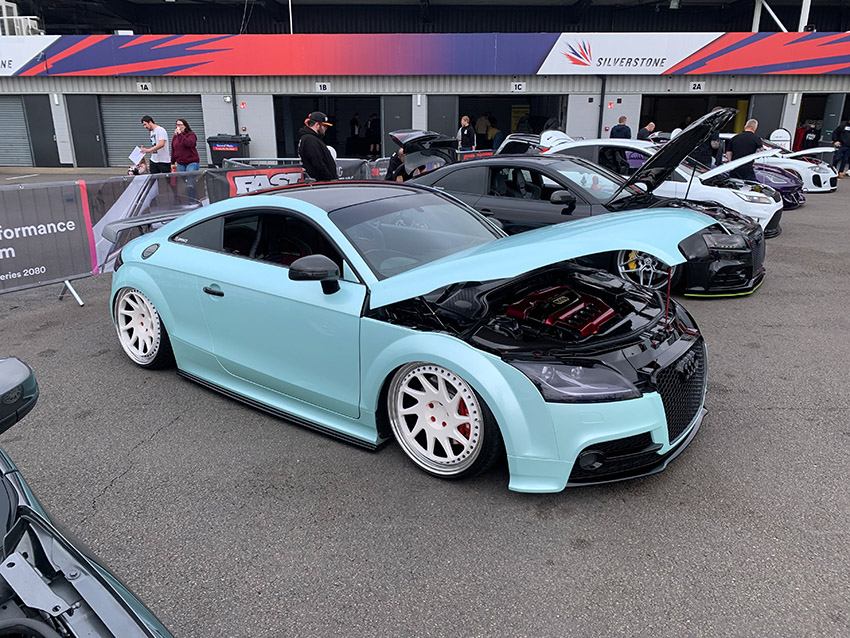 This Mk2 TTS has a spec sheet longer than the NHS waiting list and more carbon parts than Adrian Newey’s shed. Amongst all that sumptuous carbon are some really nice touches, we’re big fans of the retrimmed interior and check out the neat 3P management that has been installed in the sun visor. We can’t mention Tony’s car without broaching the subject of those gorgeous Rotiform splits, that look right at home tucked inside the TTS arches when fully aired-out. 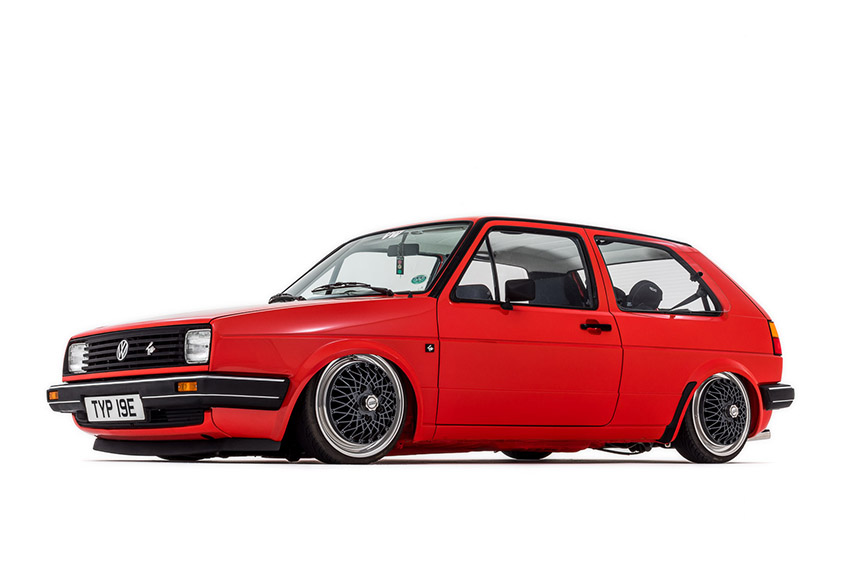 More of an old skool hatch fan? Well, Haroon’s MK2 should tick the box for you! The fact that this build was featured in Performance VW last year tells you all you need to know about the quality of the car. This Mk2 has so many trick touches we couldn’t possibly list them all, but the defining features must be the super-clean 1.8T conversion, the BBS E52 Magnesium rims and that retrotastic Kenwood Mask headunit. Oh, and this thing rolls when fully aired-out, too! An incredible build all round. 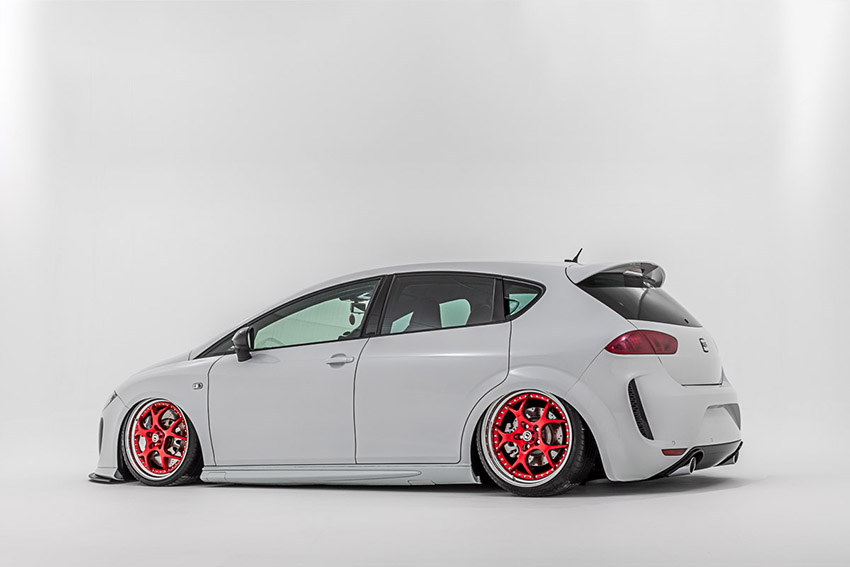 It’s a mystery why there aren’t more highly modified SEAT Leons in the world, especially when you look at this stunner. We reckon Richard’s FR is the best example in the UK if not the universe. The VIBE install might make all the headlines but there’s so much more to this ride than its insane install. The paint and bodywork mods deserve recognition and respect, as do those gorgeous Schmidt splits and the air-ride was fitted over 8-years ago, showing the longevity of a well-installed system. 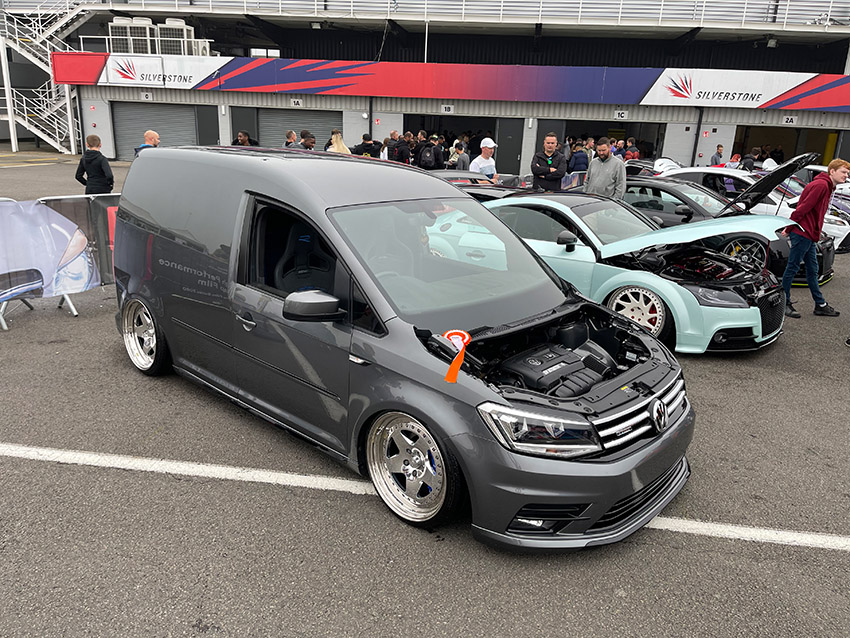 Mr Watts has built his fair share of Fast Car feature cars over the years, including a stunning S3 that took the cover spot back in 2019 and now he’s back with this Golf R-powered Caddy. Despite the stunning build quality and classy modifications that include 3-piece splits and a complete interior make-over, this is actually Dan’s work van! And because of this, and the varying loads he carries on his daily chores, he’s equipped it with Air Lift 3P. Is this Caddy your best Air Lift car? 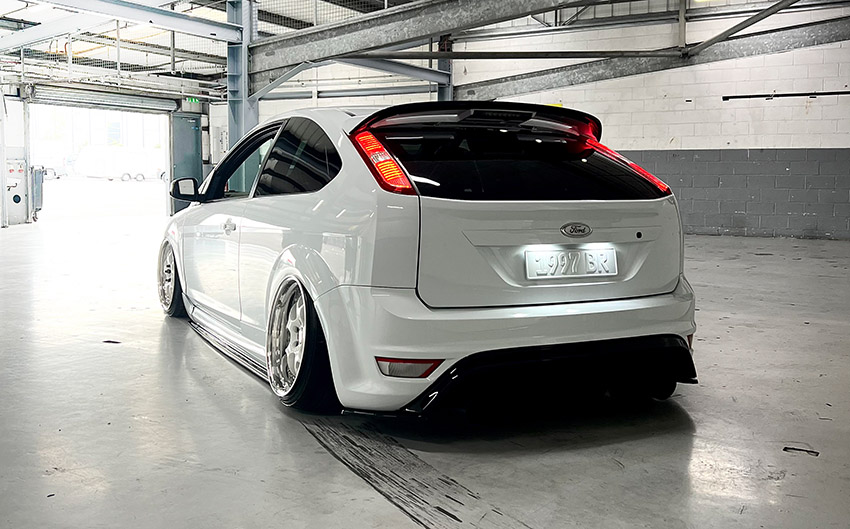 Representing the Blue Oval market is Billy’s Mk2 Focus ST, and this one has been crammed full of modifications. The REVO Stage 2 tuned 2.5-litre turbo engine kicks out a healthy 330bhp and there’s a bunch of chassis work to complement the Air Lift 3P suspension. As you can see, it’s a right looker thanks to the Triple R Composites, Zunspirt and Maxton Design exterior goodies, as well as those 18-inch VN-Line 3-piece split rims.

Like your cars a bit more in your face? Well Ben Horne’s 350Z is about as subtle as a Donald Trump presidential campaign. It owes its aggression to that Rocket Bunny kit, gorgeous paint and super-wide WORX wheels. This thing is also supercharged, so has the go to match the show! And there’s an awful lot of show…