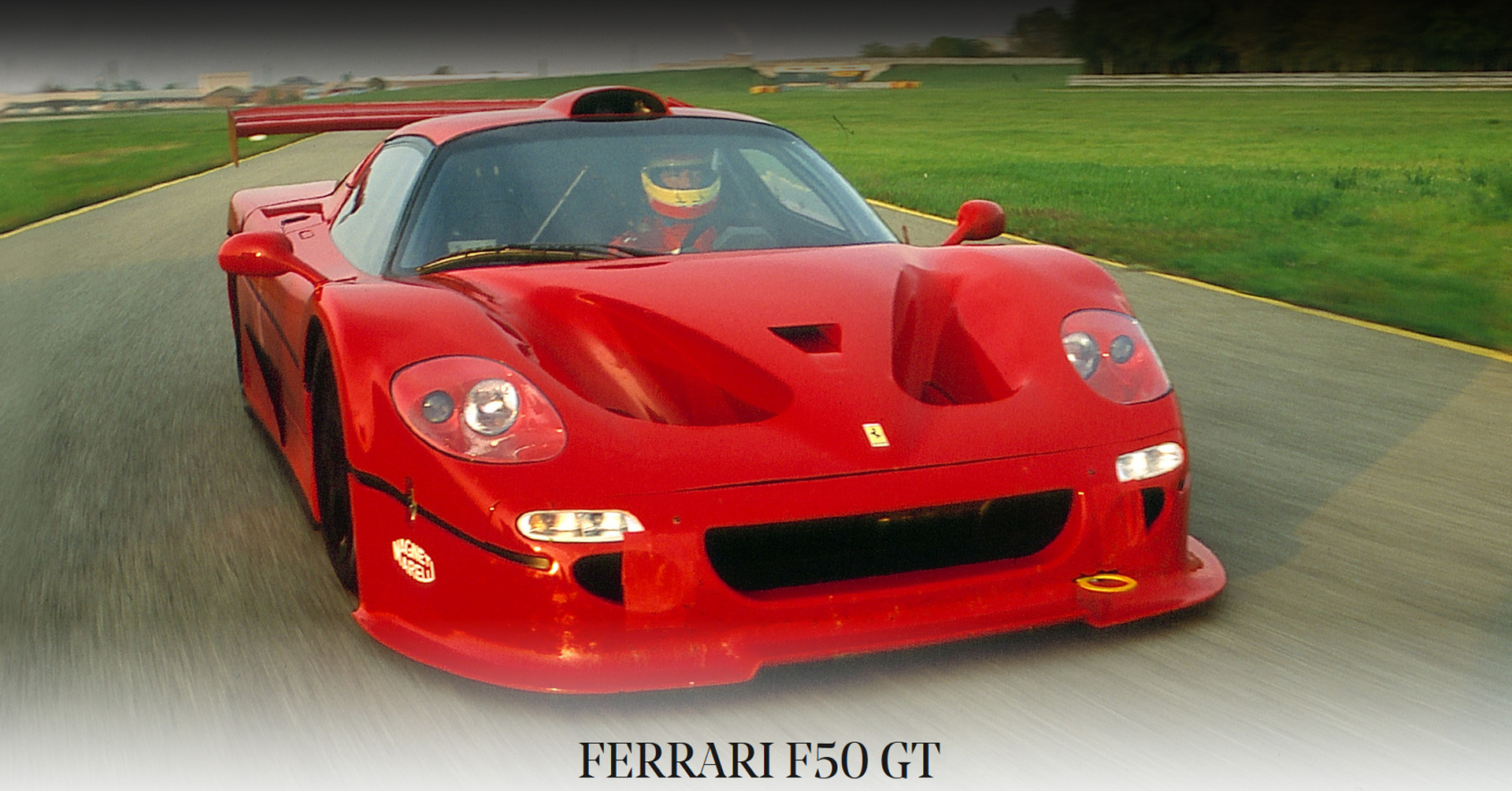 The view is from the driver’s seat and the sound made by the car’s naturally aspirated V-12 is intoxicating. You’ll want to turn the volume all the way up for this one.

Many readers may not be familiar with the F50 GT. That’s because the project was canceled before the car ever saw competition.

Back in 1995, Ferrari launched the F50 as the successor to the F40. A year later, Ferrari developed the F50 GT race car and partnered with motorsport engineering firms Dallara and ATR to build the first three examples. The car you see in the video is one of those three.

The F50 GT was developed to compete in the BPR Global GT Series, which was designed for race cars derived from production cars. The series would be replaced by the FIA GT Championship in 1997, but Ferrari decided not to run as the F50 GT would be competing against homologation specials like the Porsche 911 GT1 and Mercedes-Benz CLK GTR. Ferrari at the time was also committing most of its resources toward a strengthened F1 presence. That meant no additional examples of the F50 GT were built beyond those first three cars.

The F50 GT closely resembles the road car on which it’s based but can be identified by its roof scoop and large rear wing. Its V-12 matches the 4.7-liter displacement of the road car but generates 739 horsepower, versus the road car’s 512 hp. The engine in the F50 GT is mated to a 6-speed sequential transmission and will see the car rocket to 62 mph from rest in 2.9 seconds. The clocked top speed is 233 mph.