Gazoo Racing has announced a set of updates for the Toyota GR Supra GT4 racecar, and they’ve handed it the illustrious ‘Evo’ moniker.

In competition spec, the Supra GT4 has earned more than 100 podium finishes in various championships around the world, but now, it’s set to become an even more formidable proposition.

Having collected a mountain of feedback from their international pool of customers, Toyota Gazoo Racing has come up with an array of upgrades for the car, all of which are set to be featured in the upcoming Toyota GR Supra GT4 Evo.

New ABS settings will give drivers more control over the car’s braking, while its handling traits have also received some attention. Upgraded anti-roll bars and new dampers from KW should help the Supra to achieve even greater cornering speeds. 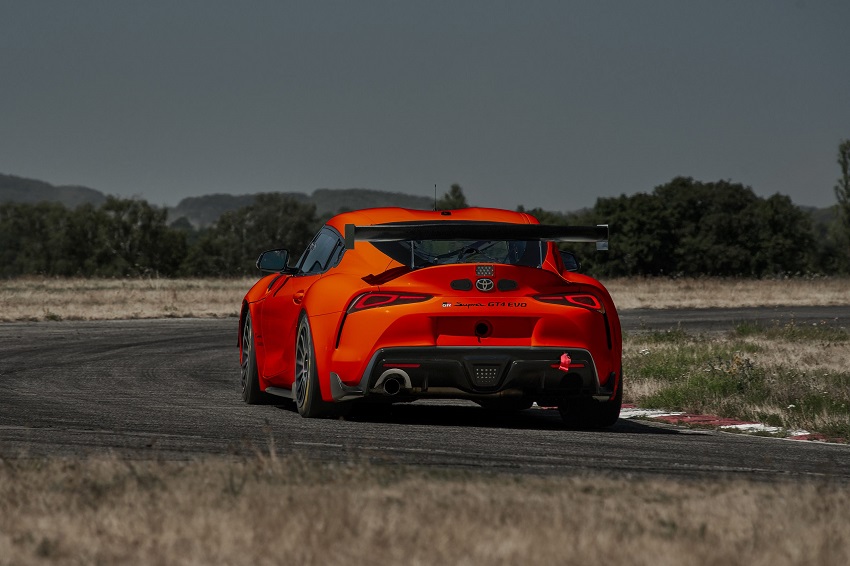 Under the bonnet, the GT4 car retains a modified version of the 3.0-litre straight-six turbo engine that you’ll find in the roadgoing Supra, however the new 2023 Evo has been bolstered with “increased power and an optimized torque curve”. Toyota have been wonderfully vague about what that horsepower figure actually is, however we do at least know that the car has up to 486lb ft of torque at its disposal. The cooling system has also been reworked for greater efficiency – something which will benefit endurance-focused drivers most of all.

The Toyota GR Supra GT4 Evo is set to make its worldwide debut at the highly prestigious Daytona 24 Hours in January 2023, but is also expected to have a presence in Europe and Asia later in the year. What’s more, following Nissan’s announcement that they’ll be producing a GT4 variant of the new Z coupe, JDM fans will get to watch the two age-old Japanese rivals battle for supremacy on track.

The order book for the Toyota GR Supra GT4 Evo has officially opened, so if you’ve got £160,000 to spend, it could be your next track car. Alternatively, if you’ve already got one of the elder Toyota GT4 models, Gazoo Racing will sell you the Evo package separately as a conversion kit.