The days are getting darker, and the weather is getting harsher. So, if you don’t fancy risking it in your regular car, here’s our top 10 winter daily drivers.

When the evenings start to draw in and the days get shorter, you’ll find that a larger percentage of your driving miles happen in the dark. And due to the plummeting temperatures, these miles will also frequently be a bit slippery too, as the council gritters battle to keep the black ice at bay. So, you really want your daily driver to be something sure-footed; something cosseting and safe, with a chassis that can handle the slippery terrain, and a cosy interior that’ll keep you warm and happy. So here we’ve picked out our top-ten winter daily drivers, to guide you down the path to seasonal happiness. It’s a diverse bunch, there’s something for everyone… 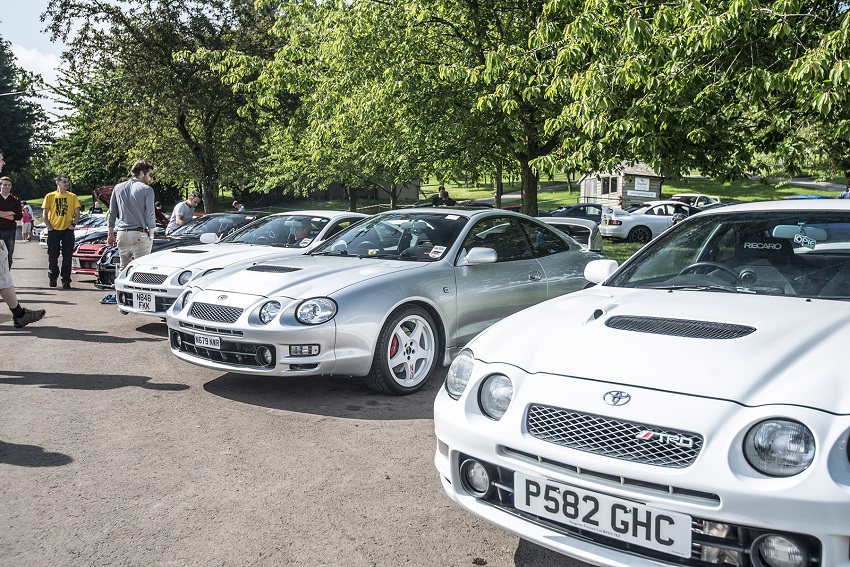 We’re starting with something fun because, well, sliding about is a laugh if you’re able to do it safely and under control. And what could be safer and more controlled than a rally car?

The 2.0-litre turbo engine offered a hysterical 239bhp, with the drivetrain consisting of an E154F 5-speed manual ’box, viscous centre, and a Torsen rear diff. The peak power may sound modest today, but this package was good for 0-62mph in well under six seconds and a top speed of 153mph. You also got four-pot brakes with G-sensing ABS, intercooler water-spray, handy plumbing to allow you to fit anti-lag, and a high-level version of the stock rear spoiler, raised up with tall GT-Four branded risers.

It’s not a fully stripped rally weapon though, the spec also included air conditioning, an electric sunroof, heated mirrors, a decent stereo and headlamp washers. Sounds pretty attractive, right? And the ST205 is substantially cheaper than certain other Group A homologation choices – the Lancia Delta Integrale and the Ford Escort RS Cosworth… with the added benefit of being arguably the connoisseur’s choice. 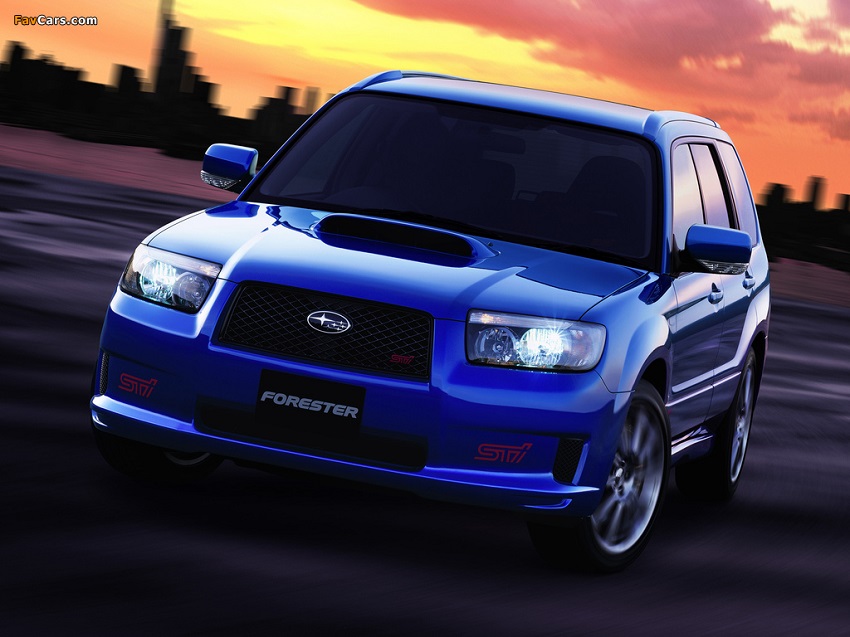 Subaru slid into the compact crossover game back in the late-nineties with the Forester, adding a tall body to the Impreza platform and stuffing in the 2.5-litre motor from the Outback. When the second-generation (SG) model arrived in 2002, we were treated to a more refined and intelligent proposition: based on the then-new Impreza platform, it boasted all manner of weight-saving features including an aluminium bonnet and hydroformed front subframe. It also had an excellent safety rating and oodles of practical space.

Quite a few engine options were offered, with things really getting interesting with the turbocharged 2.0-litre XT spec; this uses the same TD04 turbo as the Impreza, and it’s easy enough to swap out the turbo and intercooler for STI-spec items for easy power gains.

…Which brings us neatly to the Forester STI. This JDM variant had a 2.5-litre Impreza WRX STI engine and a chunky body kit; it helps enormously that the model’s based on the Impreza underpinnings, so there’s a lot of mechanical interchangeability. The flat-four served up 265bhp, and it’s easy enough to get an extra 70hp-odd extra just from a remap, exhaust and induction. What’s not to like? And it’s also worth noting that you can get off-the-shelf air-ride kits for Foresters now… 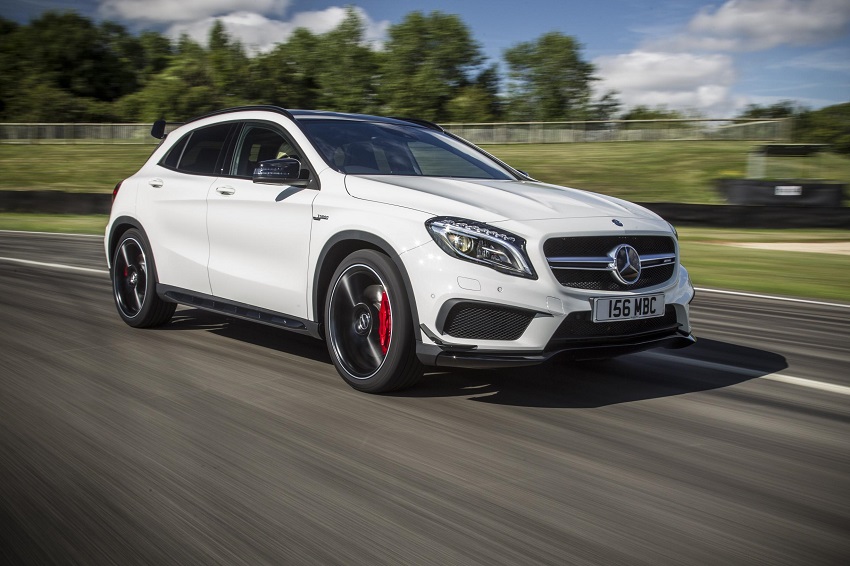 This Merc provides an entertaining fusion of two entirely separate concepts. Firstly, we have the Mercedes GLA-class – a sensible medium-sized SUV/crossover thing, of the type that every manufacturer is desperate to bring to market because buyers want SUVs these days and crossovers are essentially just enlarged hatchbacks, so it’s a rich seam to mine.

The GLA-class is not exciting. But the second conceptual entity is the A45 AMG – the utterly rabid hatchback that, in its original 2013-18 guise, served up an unbelievable 376bhp from its hand-built 2.0-litre turbo motor. This was mated to the 4MATIC all-wheel drive system to create something that wasn’t just a hot hatch, it was a terrifying mega-hatch that basically reinvented the genre.

What Mercedes-Benz decided to do, because they can be wonderfully deranged, is to take the drivetrain from the A45 AMG and shove it into the unsuspecting GLA, to bring to life the GLA45 AMG. This is a car that never needed to exist, but we’re very glad it did – it’s highly amusing to drive, and practical enough to answer any questions your family might have about carting their recreational gear around at the weekend. 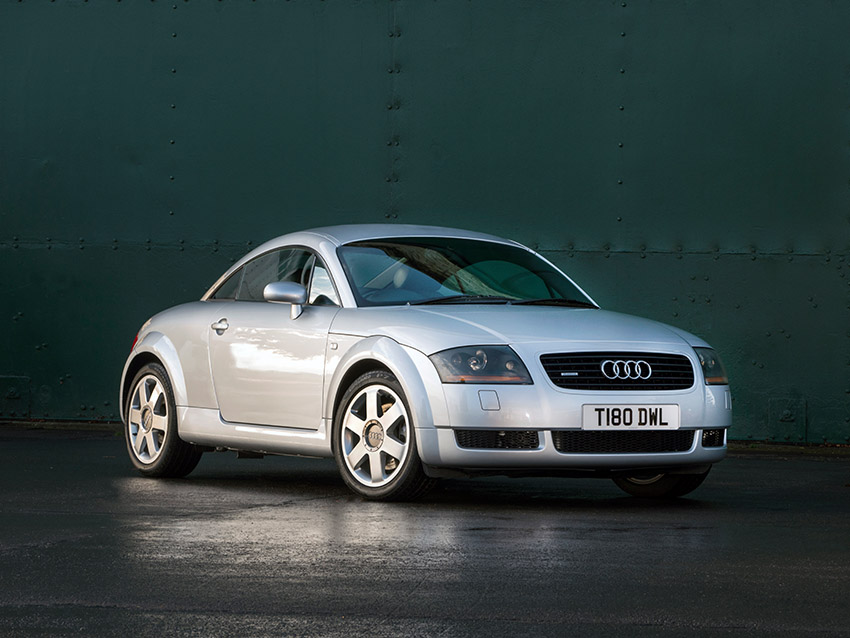 But it’s the 225 we’re recommending as the Mk1 TT of choice: as well as the quattro AWD system, you also get the BAM engine, which is basically the 1.8T on steroids. It had uprated pistons and rods, juicier fuelling and bigger intercoolers, and was perfectly matched to that sweet little chassis. And while the drivetrain does make the TT quite heavy for its size, you wouldn’t know it in the corners – these puppies stick to the road like Velcro.

You get all kinds of toys with the 225 too – the optional Bose audio is superb, and the heated leather seats are just what you’ll need on the daily winter commute. And you’ll love the way the little red lights chase around the knob when you turn the heater up. 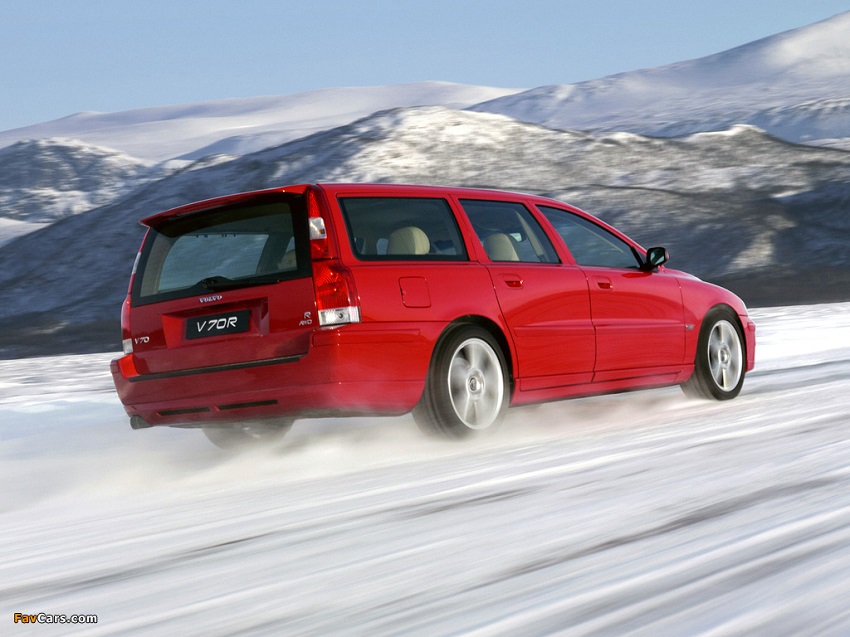 Remember when Volvo went mad in the nineties and entered an 850 estate into the BTCC? That lunatic bloodline can be traced directly to the V70 R. And this is a bit of a stealth weapon too – it may look like a sensible school-run wagon but hiding beneath those boxy lines is a Haldex AWD system and a 2.5-litre turbo 5-pot packing 296bhp.

You can find one with a six-speed manual if you’re lucky, and performance figures are impressive: 0-62mph in just 5.9 seconds, with the top speed electronically limited to 155mph. The smart FOUR-C suspension setup was developed by those clever boffins at Öhlins, and the post-2005 facelift cars got enormous Brembo brakes as a bonus.

These things are ridiculously good value right now, and being a Volvo you know it’s built solid and tough, because they’re designed to survive Arctic winters and endless abuse. There’s a reason the police and paramedics use Volvos, they’re unburstable. Add in the fact that it’s a proper sleeper, and the real secret is that they’re pretty tunable too – if you fancy a 400bhp+ grocery-getter, you’re just a bigger turbo and a few engine tweaks away. Perfect winter daily, right? 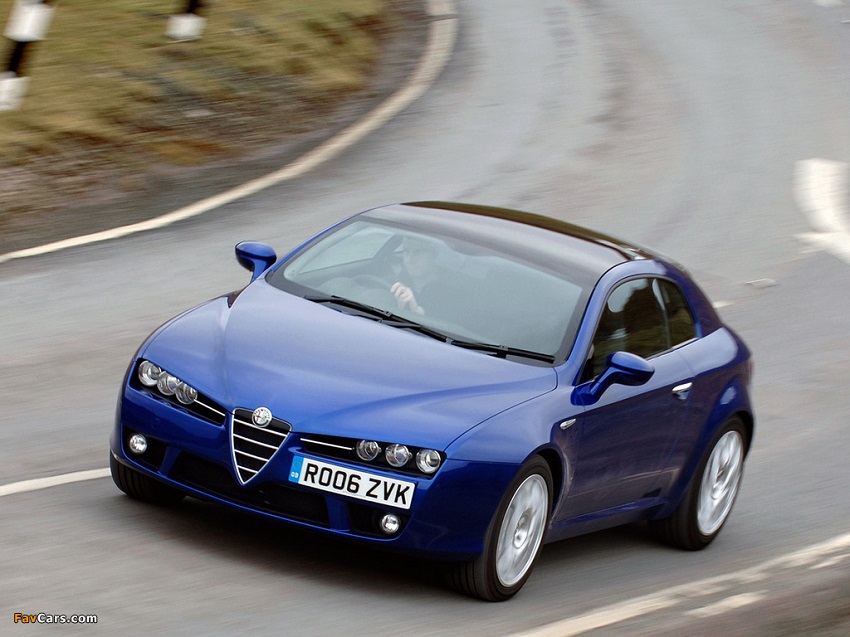 This probably wouldn’t be anyone’s first choice in answer to the question of what the best winter daily might be, but that’s exactly why it’s here. The Alfa Romeo Brera is, let’s face it, a confusing car. It looks like a hatchback, but nobody ever calls it a hot hatch because the tiny boot with its awkward-shaped tailgate is heinously impractical – but it’s not actually a hatchback at all, it’s a 2+2 coupe whose back end just happens to have a hinge…

Hell of a looker as well, isn’t it? And the top-of-the-range variant came equipped with Alfa’s intelligent Q4 all-wheel drive chassis, as well as a 260bhp 3.2-litre V6 which makes all sorts of heavenly noises. The interior’s beautifully designed, all ruched leather and recessed dials angled toward the driver.

This is a supremely stylish way to get about, and it’s torquey and all-wheel-drivey enough to help you through the snow. A top lateral choice. 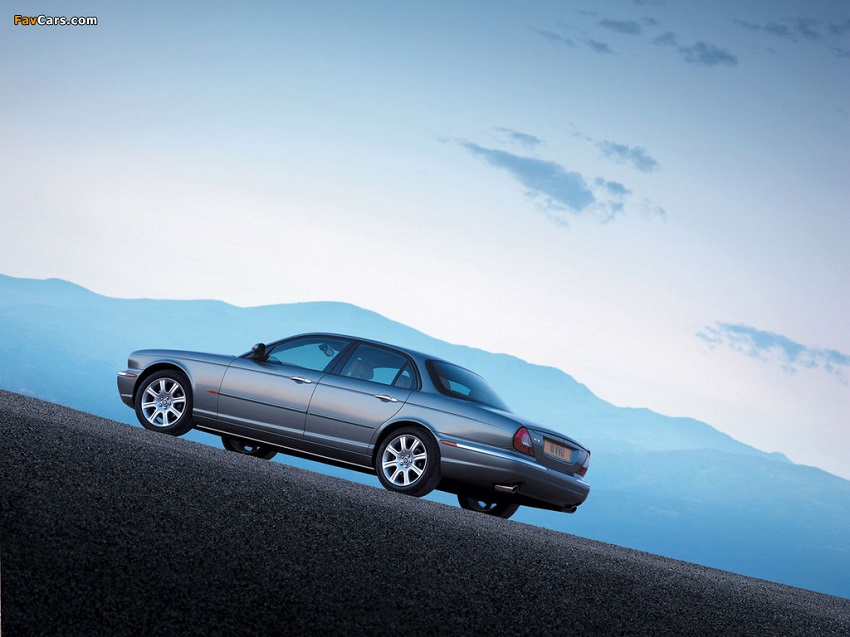 Jaguar XJ drivers notoriously have nothing to worry about. They can just cruise along in sumptuous splendour, regardless of conditions – it doesn’t matter if it’s sunny or sleeting, flooding or blizzarding, the Jag driver is just ploughing onward with their stringback gloves and Dire Straits cassettes in place.

The X350 generation is a pleasingly affordable entity these days, and it was the first properly clever XJ; Jaguar have been churning this luxury-saloon model line out since 1968, but the version they launched in 2003 featured an all-aluminium monocoque which meant that, despite being as plush and opulent as a Jaguar should be, it only weighed about 1,500kg. That’s around the same as a Mk6 Golf with a couple of people in it. Into this relatively featherweight shell, they bolted a 4.2-litre V8 which is helpfully rated at precisely 300bhp. So all the boxes are ticked. Baby, it’s cold outside – but Jag drivers don’t care. 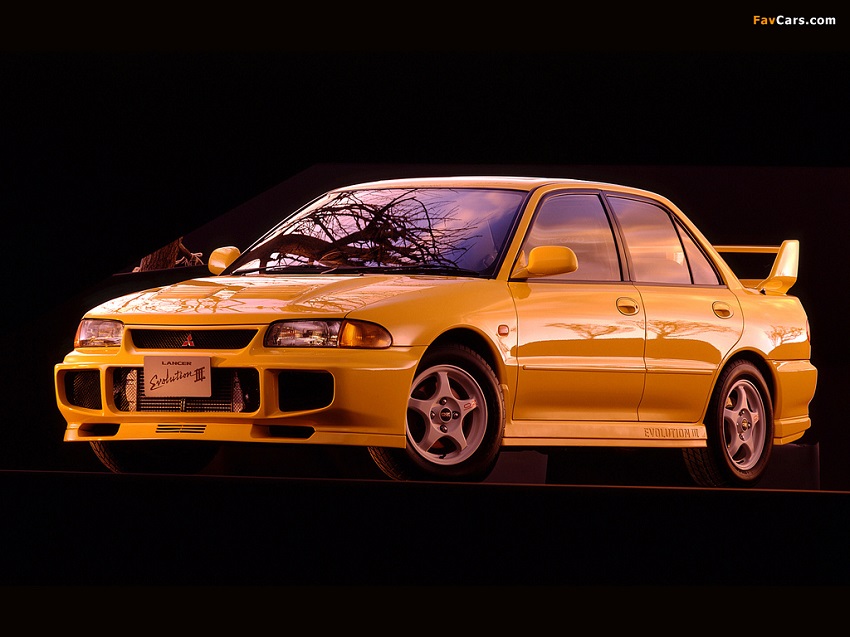 As we explored with the ST205 Celica, rally cars are a strong choice for winter daily-ing, and the retro chic of an old Evo is hard to resist. The iconic series first appeared back in 1992 with the original Lancer Evo (retrospectively nicknamed Evo I), running through to the Evo X’s eventual demise in 2016.

These cars represented a revolution in everyday performance, being sensible and practical four-door saloons that were also ballistically fast with incredible handling, and the fact that they’re so amazingly tunable found them a firm place in the motoring world’s hearts.

There are so many desirable choices across the generations, but our pick would be the Evo III – if you can find one. This is the one made from early 1995 to late ’96; it was the first properly mental Evo, with the huge boot spoiler that would become the signature look of later models, and 270bhp in stock form. There aren’t many on the market, but that’s only because they’re so brilliant that owners don’t ever want to sell them. 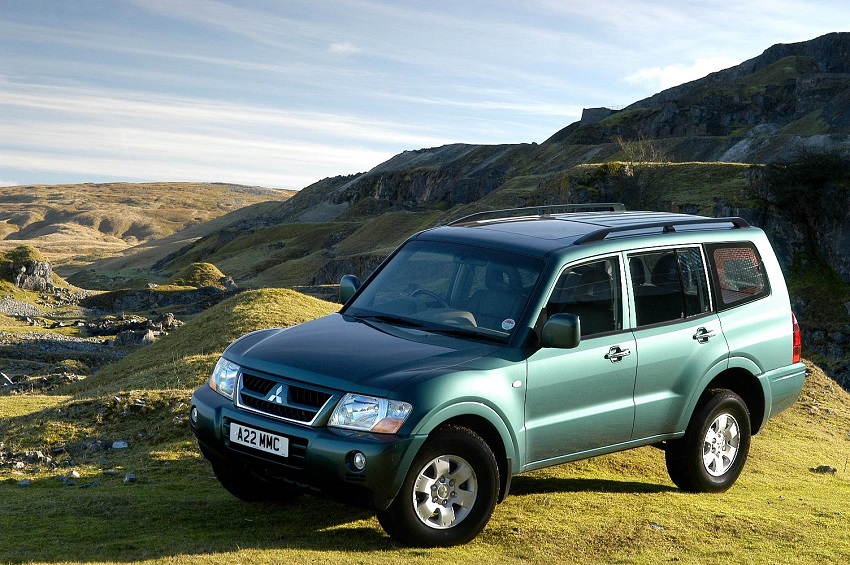 Perhaps you’d like your Mitsubishi to be a little more spacious and mountain-crushing? In which case, consider the might and splendour of the third generation (V60) Pajero. Badged as the Shogun in the UK, these monsters were built incredibly tough, the unibody construction having an integral ladder chassis. You could choose from a SWB 3-door or LWB 5-door, and a raft of engine options: a 3.0 V6 with 170bhp, a 3.5 V6 with 200bhp (or 217bhp in JDM spec, as it had direct-injection in its home market), an all-new 210bhp 3.8 V6, plus a rugged and torque-rich 3.2 DI-D diesel (160bhp).

Transmission-wise, you could have a 5-speed manual gearbox, 4-speed INVECS-II auto, or 5-speed INVECS-II tiptronic. The underpinnings were far improved over previous Pajeros as well – whereas older versions had recirculating ball steering, the V60 got a new rack-and-pinion setup, and the SS4 all-wheel-drive system was updated with planetary instead of bevel gears and was made fully-electronic.

A lot of options then, but whichever one you go for, it’ll almost certainly drive straight out again if you happen to slide into a crevasse. 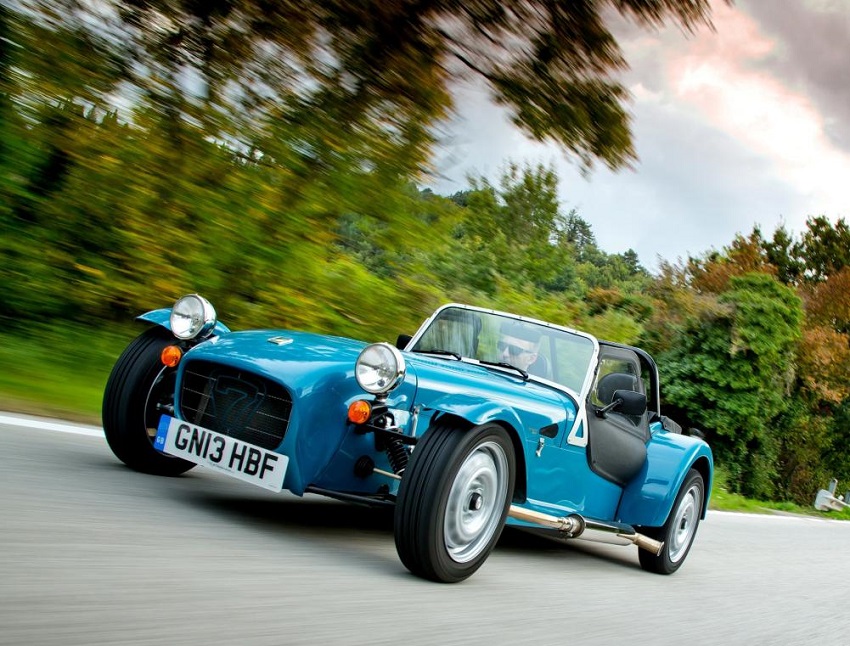 Well, you only live once, right? Being warm is all well and good, but it’s more important to be having fun, and that’s something you’ll find in spades with this vehicle.

The 160 spec is all you need in terms of power if you’re thinking of using a Caterham Seven as a winter daily driver, with the added benefit that it’s the model with the skinniest tyres (a mere 155-section), which will pay dividends when you’re carving through snow and ice.

Caterham used the 79bhp Suzuki 660cc three-cylinder turbo engine in the 160, and it’s a perfect fit for the car – we may have seen some monstrously powerful Sevens emerge in recent years, but this classic is really all about the chassis, and the 160bhp-per-tonne power-to-weight ratio and slippery tail makes it pretty playful.

Forget your rugged off-roaders and your luxury saloons – for guaranteed hero points, don a balaclava and a scarf and prepare to arrive at work with damp trousers.