It’s all well and good having your car’s suspension set up perfectly, but now you need to ensure it doesn’t all move around when you start to throw it into some corners, that’s where bushes and braces come in.

You’ve fitted new coilovers, you’ve adjusted the height, camber, toe, etc., what’s next in improving your car’s handling? The next step is ensuring that those settings remain where you set them when cornering hard.

Of course, the forces involved with aggressive cornering are huge, and as such the whole body of the car flexes significantly – certainly enough to affect those perfectly aligned geometry settings. There are two common and easy ways of improving the alignment consistency on the car: stiffening the suspension bushes and stiffening the body or subframes of the car. 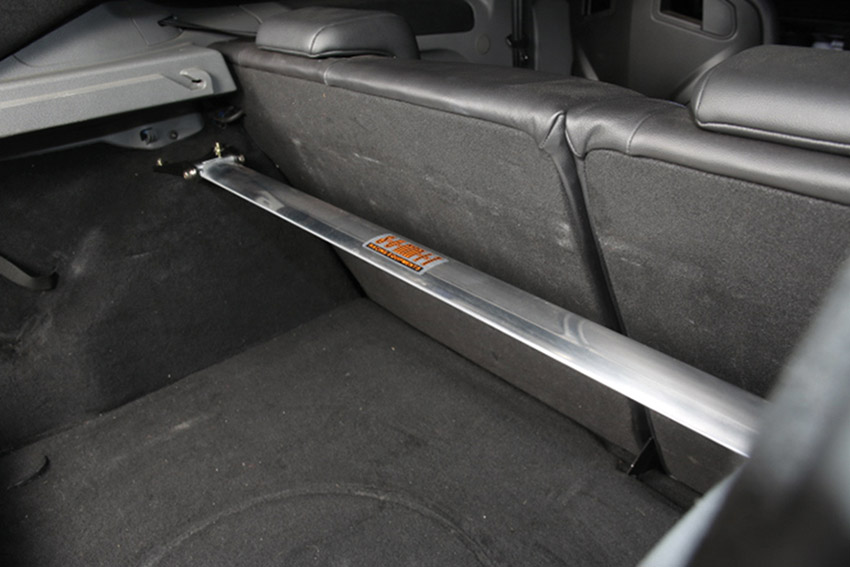 Strut braces are the simplest form of chassis bracing

A stiffer body results in less chassis flex, so the suspension pick-up points move less under hard cornering or braking. This, in turn, allows the wheels to stay where they should be throughout their travels in the wheelarch.

Reducing chassis flex through the addition of braces can be done in a variety of ways. Races cars use the roll cage to double-up as chassis brace too: comprehensive cages tie into suspension pick-up points on the body, massively decreasing the amount of flex in the body, but can be a little impractical for anything other than a track or race car.

Going down the scale, the most common type of chassis stiffening is a strut brace – usually across the top of the two strut towers in the engine bay. This significantly improves front axle rigidity.

Extending this to lower subframe braces and underbody braces, there is significant opportunity at the front axle to stiffen the body without any real other negative impacts, other than additional weight.

At the rear axle, things tend to get a little more intrusive into the interior of the car with K-braces and other strut braces that often go in place of the rear seats or boot load area.

These braces are becoming less critical on modern cars, though. With improvements in body design and materials, the law of diminishing returns come into effect, and while additional bracing may help stiffen things further, the effect isn’t as pronounced as other changes like bushes and flexible suspension components. 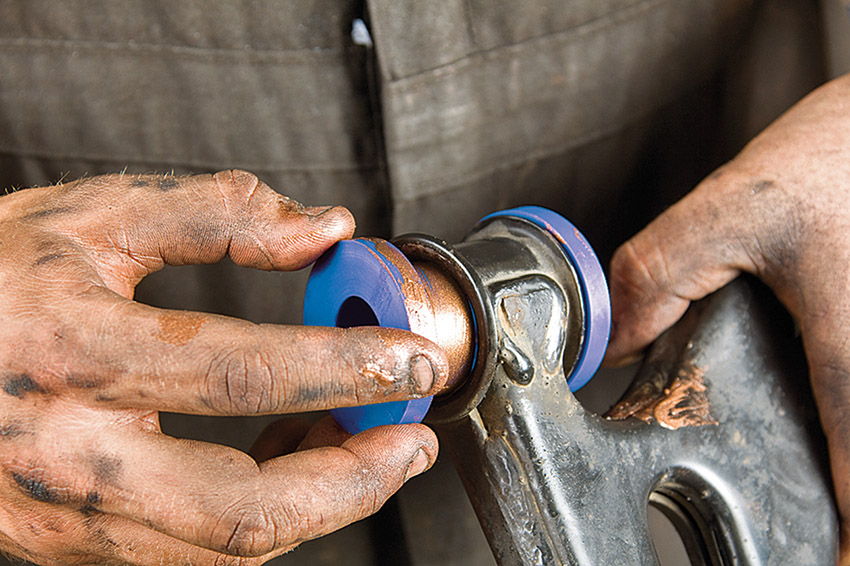 Apart from some hardcore sports cars, nearly all road-going cars are fitted with suspension bushes in one place or another; usually where arms meet subframes or other components. These allow for the arms to move, but also allow for what is called compliance – a deliberate softness in the bush that allows the wheel to move in directions you wouldn’t expect. For example, if you hit an especially large pothole (quite easy in the UK), the wheel will move backwards in the wheelarch far more than it looks like it should.

Of course, these suspension bushes are normally made of a specific rubber compound, which is usually tuned by the engineers who signed off the car for manufacture –usually as a compromise between the driving feel and handling, the durability of the whole car, and the ride comfort.

Rubber is prone to degrading over time, which can lead to severe handling issues, as well as being a frequent cause for MOT failure. As such, even an OEM replacement can make huge differences to the way the car handles. 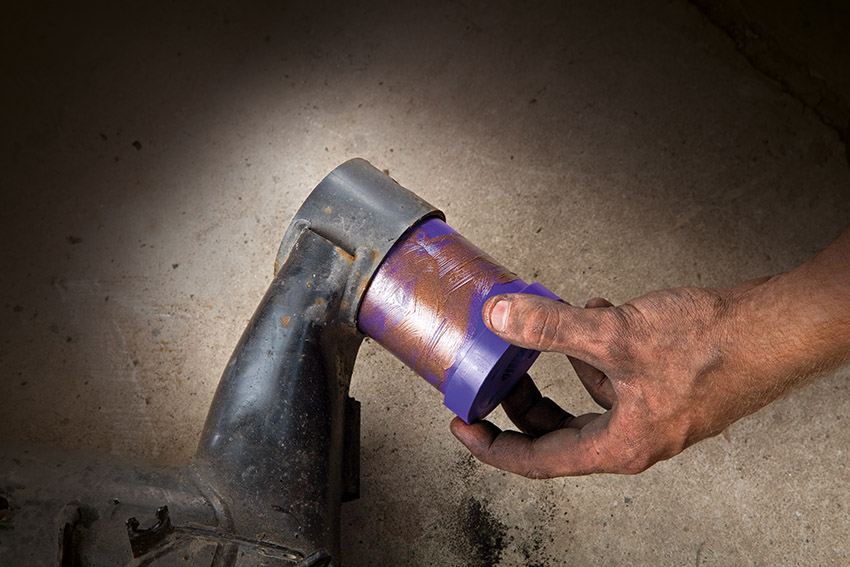 Polyurethane suspension bushes are a great way to reduce some of that unwanted flex, and specialists like Powerflex even offer varying degrees of ‘stiffness’ so you can find the perfect compromise between compliance and performance. This increased firmness also reduces the amount of free play in general – for example, on the front axle you will likely get a sharper initial turn-in, with a smaller ‘dead zone’ in the centre of the steering. As an extra benefit, poly bushes won’t degrade like rubber items, so are a fantastic fit-and-forget solution.

Powerflex also utilise bush mounting designs to relocate the suspension points on some applications to offer improved geometry (see page 50), such as with its anti-lift and increased caster products, or adjustable camber bushes.

The most aggressive option is to remove these suspension bushes altogether and replace them with solid rose- or ball-joints. These have no play at all, but are much harsher, and not as well suited to the dirt and dust build up experienced with regular road use.

As well as arm and link bushes, it’s also worth looking at engine mounts and anti-roll bar bushes. These all work in the same way as your suspension bushes and can be uprated in a similar way. Higher-rate anti-roll bar bushes can stiffen up the initial roll rate, essentially bringing in the anti-roll bar sooner. This effectively gives you a slightly stiffer roll bar but can make the car more sensitive to smaller inputs.

Uprated engine and gearbox mount bushes will allow for a more direct power transfer, and can stiffen the chassis as a whole too, although often at the expense of significantly increased vibrations.

It’s all a game of compromise: how much comfort are you prepared to sacrifice in the pursuit of handling performance? 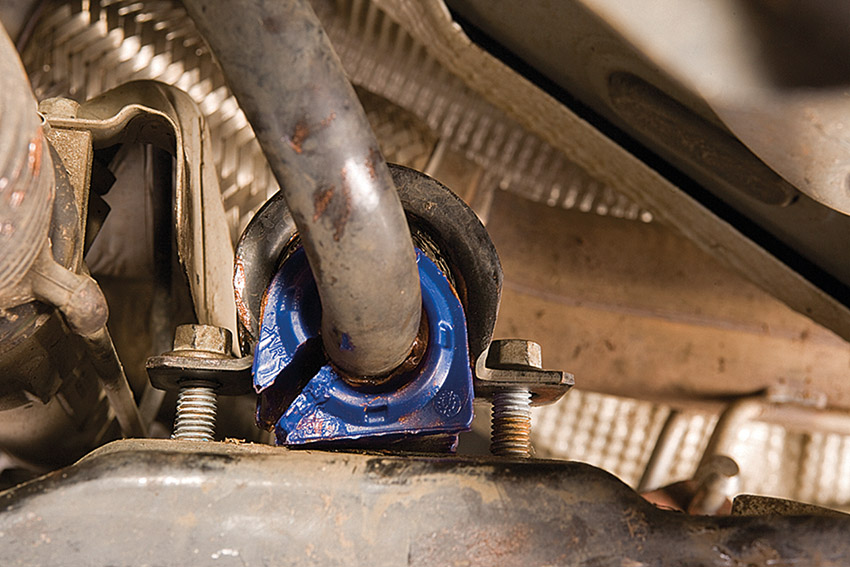 Stiffer bushes alter the effective stiffness of the suspension