The new, rebooted Pimp My Ride kicks things off with Kieran Dodds’ Mitsubishi GTO, and we’re pleasantly surprised by the results. Watch the first episode below!

We’ve all been in Kieran’s position. The 20-year-old warehouse operative had sunk every spare penny he had into this project car, but the list of jobs seemed never-ending. That said, even when things are looking desperate, it takes a special kind of bravery to hand over your pride and joy to a reality TV show.

Thankfully, the leap of faith seems to have paid off, as unlike many Pimp My Ride builds in the past, this Mitsubishi GTO appears to have been spared its dignity.

Whereas the likes of West Coast Customs were often guilty of some utterly bizarre mods in the past, the show’s new line-up of mechanics at Wrench Studios have turned this car around for the better.

One of the main criticisms that many enthusiasts had with the previous incarnation of the show was that the cars rarely received any sort of mechanical attention. In this rebooted Pimp My Ride series, though, that appears to be far from the case.

For a start, the Mitsubishi GTO has undergone a full engine swap. The tired standard unit has been swapped out for a fully restored twin-turbocharged variant, as you would’ve found within the UK-spec Mitsubishi 3000GT. Not only will this have added a few more years onto the car’s lifespan, it’s also added an extra 60-odd horsepower. 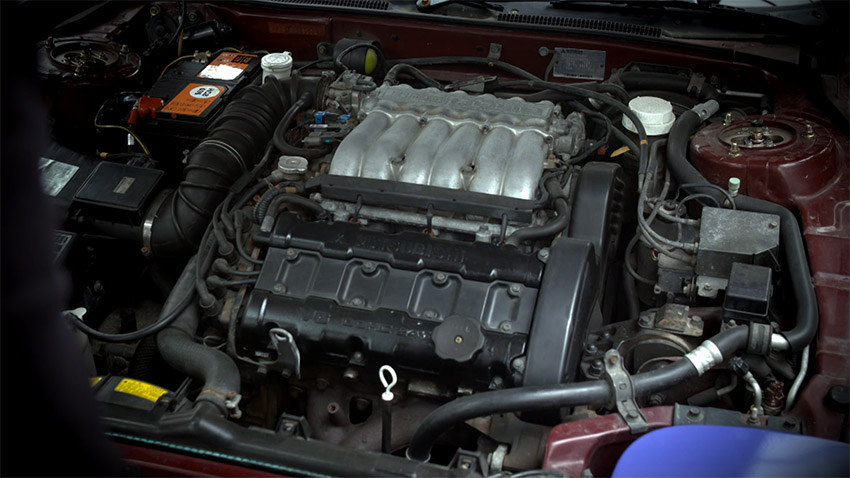 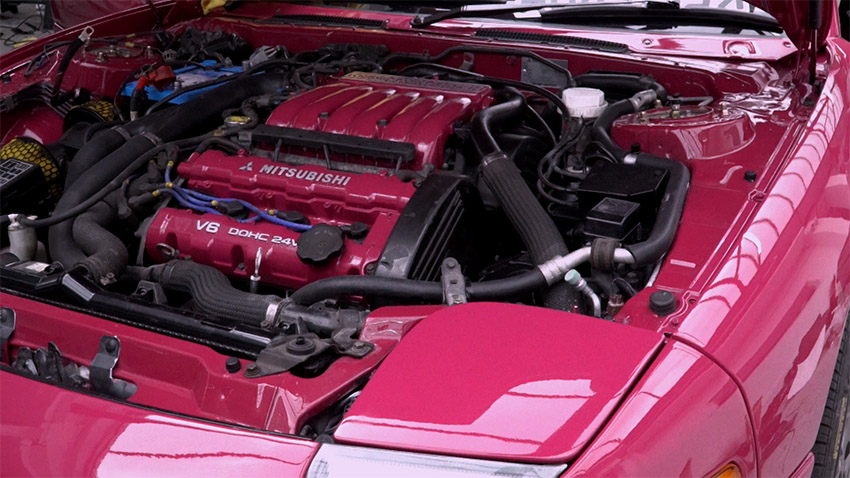 To go along with the new engine, fresh performance air filters and an upgraded exhaust have been fitted, while the transmission received a much-needed overhaul too.

Kieran had already fitted a set of adjustable BC coilovers, but the guys at Wrench have taken this a step further by tuning the damper settings and evening out the ride height.

It wouldn’t be rebooted Pimp My Ride without some visual mods to go along with the work under the bonnet though, and in fairness, this GTO did need a bit of a spruce up. Gone is the purple wrap, in favour of a fresh ‘back to bare metal’ respray. Apparently the paintwork is Ruby Red, but we’d say it’s more of a pink. Just us? 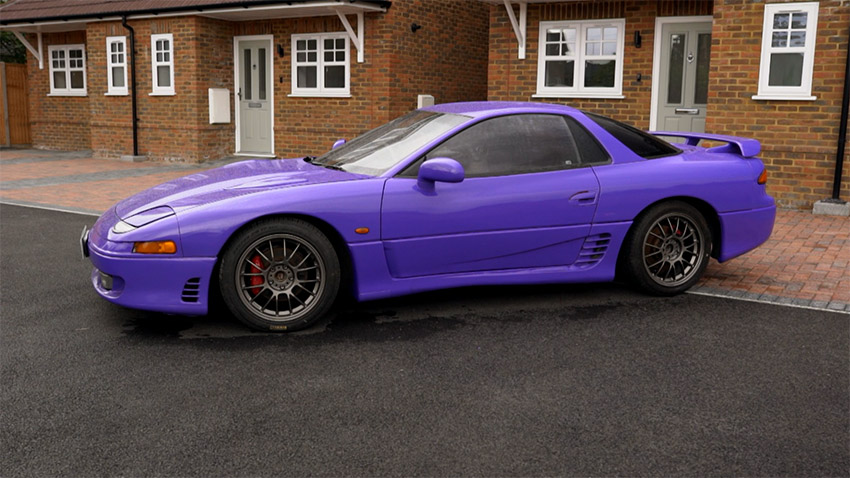 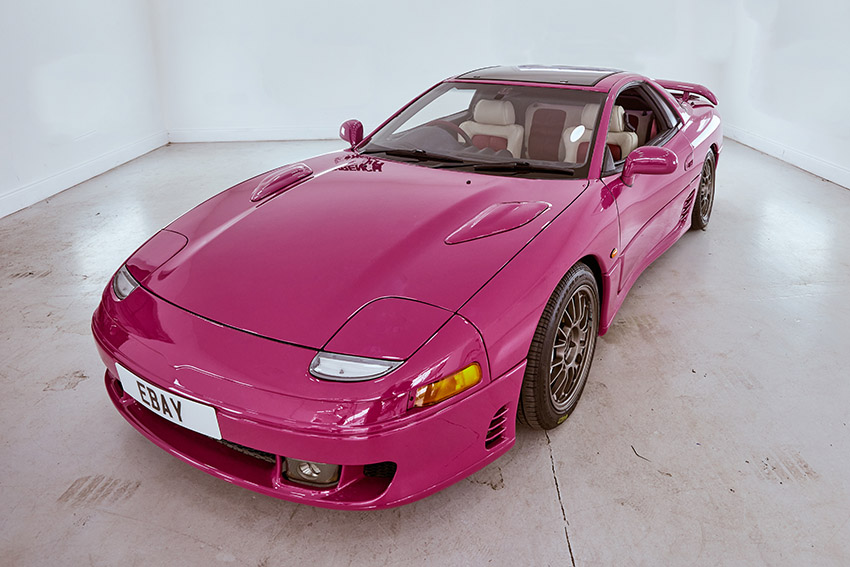 Prior to the respray, further fine exterior details were attended to. For example, the roof panel was replaced by an OEM sunroof, and the rear wing was swapped out for an original electronically powered alternative.

As for the inside, well this is perhaps the most controversial element of the car. The new two-tone upholstery has been completed to a good standard, but the cream and red combo won’t be everyone’s cup of tea. Neither will the Alcantara steering wheel.

The rebooted Pimp My Ride series as stayed true to its roots, as there’s the obligatory tech-packed boot build too. A large TV with Chromecast and HDMI connectivity allows Kieran to bring a cinema with him for any occasion, but hey, at least it’s no barbeque or aquarium. 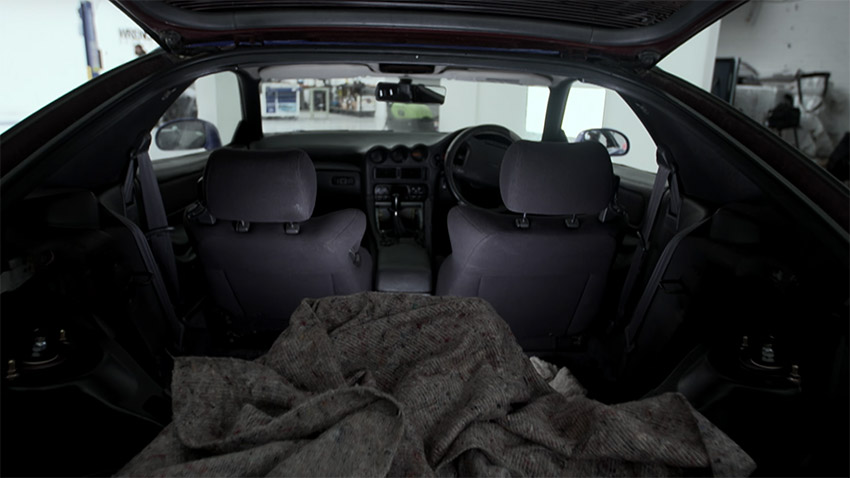 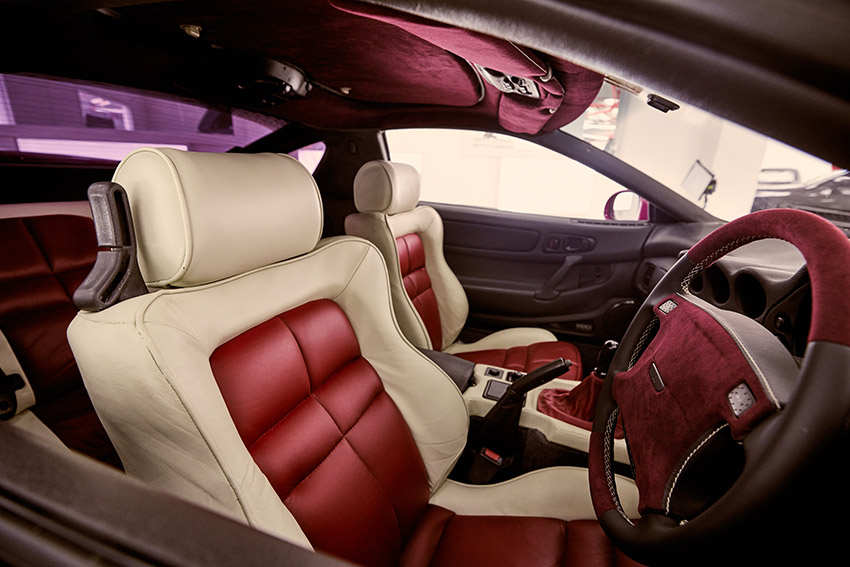 One thing that is definitely a plus though, is that attention paid to the sound system. In addition to a new multi-speaker, sub and amp set-up, the GTO has also been given a modern head unit with smartphone mirroring capabilities.

Overall then, this build should leave car enthusiasts pleasantly surprised, at least by Pimp My Ride standards. However, with a rather less serious car cast scheduled for the remainder of the series, expect the builds to get a little more… out there.