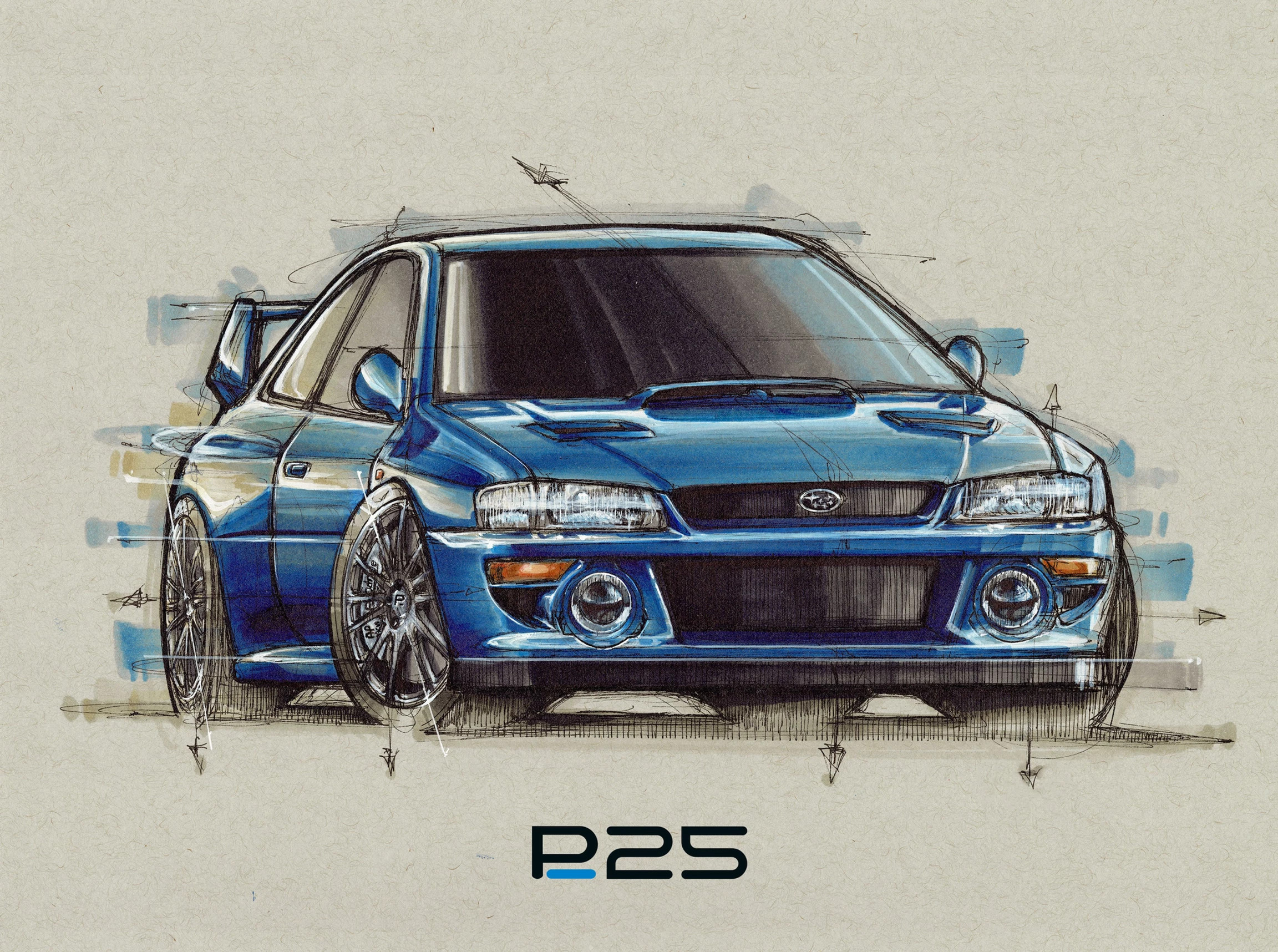 We’ve seen restomods before, but this one is special. 25 years on from the first Impreza WRC car, Prodrive is building a new P25 restomod and it’s set to be a lightweight special with over 400bhp.

Bored of the current crop of sports cars on offer? Or you’re simply looking back to the glory days of the likes of Subaru and WRC, when homologation cars were as raw as they could get. Yes, we have the modern day GR Yaris, which is a beacon of hope in a bleak electric world, but this announcement by Prodrive will most likely send shockwaves across the motoring world.

Famous for running Subaru’s WRC between 1990 and 2008, Prodrive knows a thing or two when it comes to extracting blistering performance from the Subaru Impreza, with the new P25 restomod taking its name sake from the 25 years that has passed since Prodrive built its first Impreza to WRC regulations.

Thankfully for us, to build the car, the Prodrive P25 restomod will take inspiration from the classic two-door Impreza 22B GC8, with the original Impreza WRC designer, Peter Stevens, back on the job working on a new design.

Interestingly, it doesn’t look like the EJ20 engine will make a comeback here, with Prodrive opting for a 2.5-litre, tubrocharged flat-four Boxer engine, presumably the EJ25 engine. According to Prodrive, it’ll also make over 400bhp, fruity! Connected to the engine will be a six-speed, semi-auto gearbox (no mention of a manual gearbox, sadly). To keep the weight down, carbon fibre will be used wherever it can be.

As you’ve probably noted by now, the Prodrive P25 restomod will be extremely limited, with, you guessed it, only 25 examples being made. The stage is set for Goodwood Festival of Speed next month where the car is expected to be revealed in full.

The P25 is the idea of Prodrive chairman, David Richards. He said: “The original 22B Impreza is considered the most iconic of Subarus and highly sought after. We wanted to enhance everything that made that car so special by applying the very latest technology to create our own modern interpretation of a car that’s established a place in motoring history.”