Based on the entry-level Porsche 992 911, the Carrera T loses weight, gets a seven-speed manual as standard, and adds in some noise.

Like the 991 911 iteration, this Porsche 992 Carrera T might just be the pick of the bunch, and that’s before we’ve even had chance to drive it. The recipe for creating the Porsche 992 911 Carrera T is a simple one; lose some weight, add in a seven-speed manual gearbox as standard, make some chassis changes and create a slightly purer version of the entry-level Carrera. As a result, the Carrera T helpfully sits between the Carrera and the Carrera S in the 911 lineup. 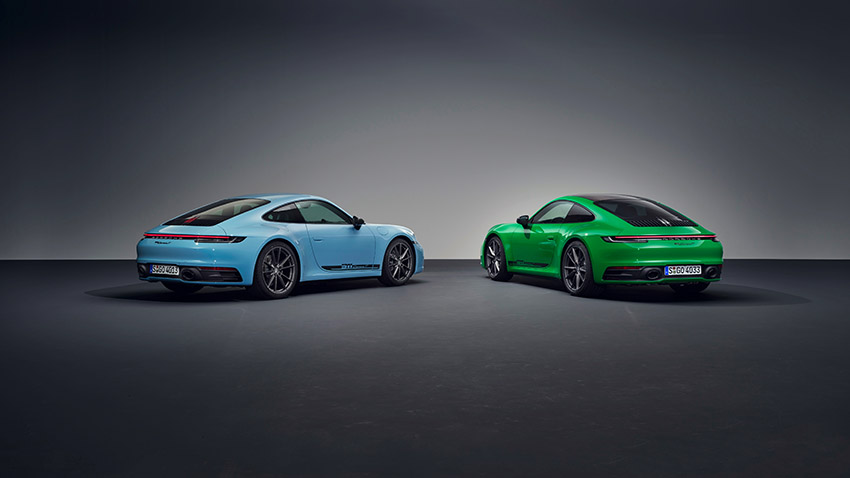 No, this isn’t a GT3 competitor, but more a back-to-basics driving experience in a car that’s got performance-a-plenty. At the back is the same 3.0-litre twin-turbocharged flat-six you get in the Carrera and Carrera S, only this time it’s tweaked ever-so-slightly to 385hp and 332lb ft of torque, so still a way short of the Carrera S’s 443hp, but it’s the sum of all parts that should make the difference with the Porsche 992 911 Carrera T. 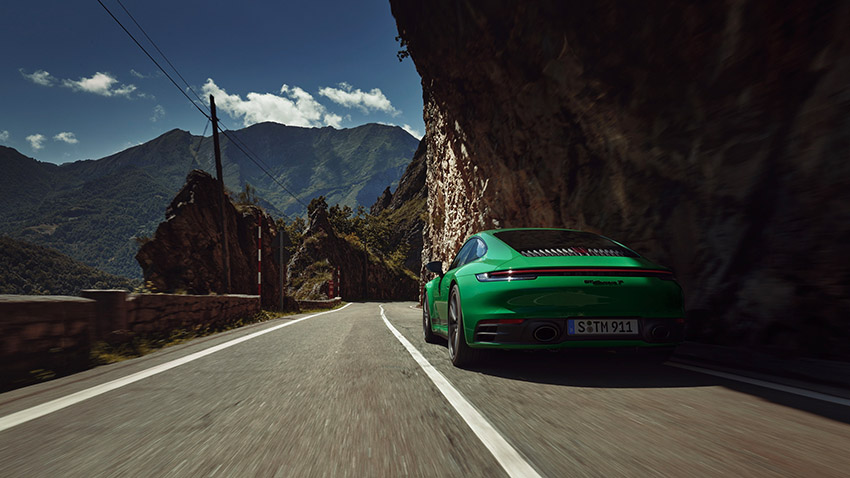 Performance wise, given it gets the seven-speed manual gearbox, 0-62mph comes in at 4.5 seconds, which on paper is slower than the Carrera, but this is due to the speed of the PDK box. Top speed is 180mph. 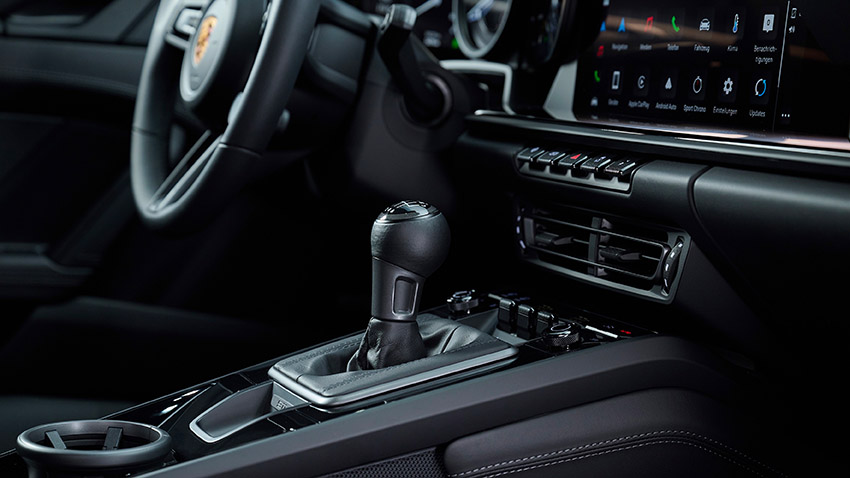 For starters, it weighs in at 35kg less than the Carrera (mainly due to the base Carrera only being offered with a PDK gearbox, but also the removal of the rear seats) and 10kg less than the equivalent-specced manual Carrera S. Not masses, and certainly not enough to tell the difference on the road at least. But the Carrera T is about a collection of upgrades that amount to an improved driving experience. 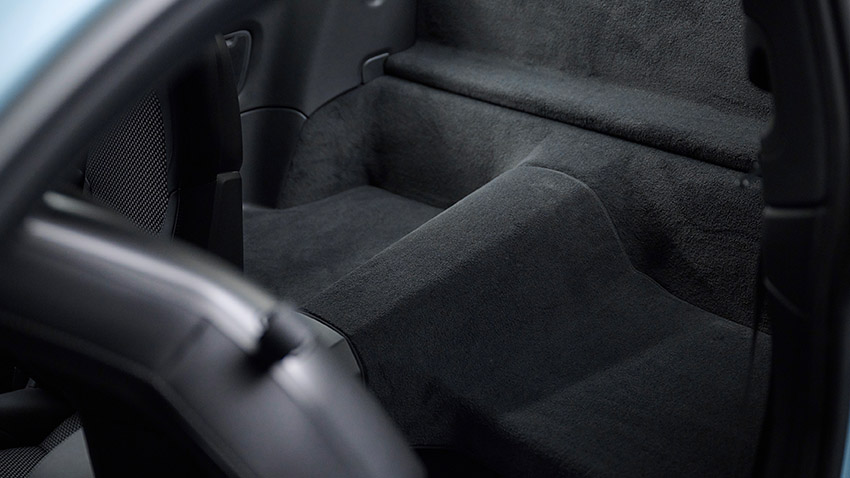 Also included as standard is the PASM sports suspension, making it 10mm lower, and features firmer springs, and stiffer anti-roll bars front and back. You also get thinner glass, and a sports exhaust system as standard for some extra noise. It’s about sensory changes here. 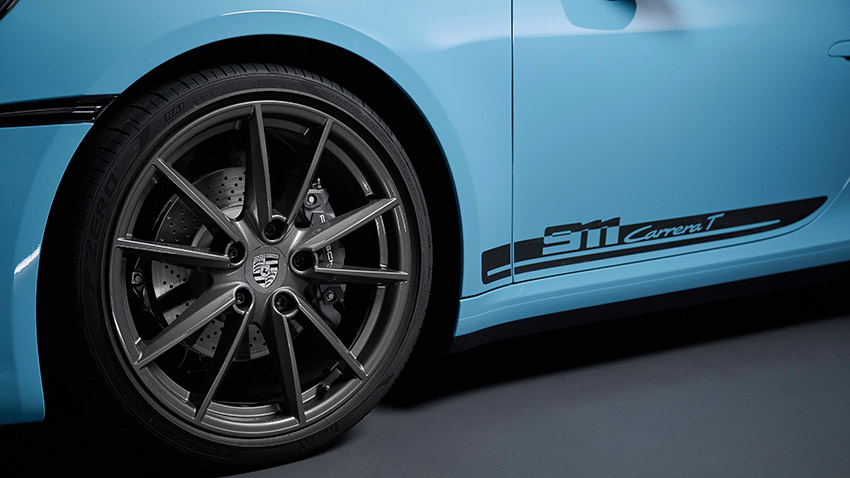 The Porsche 992 911 Carrera T also gets the 20/21-inch staggered wheel setup from the Carrera S. While it doesn’t get rear-wheel steering as standard, unlike the base-Carrera, you can add it as an option. 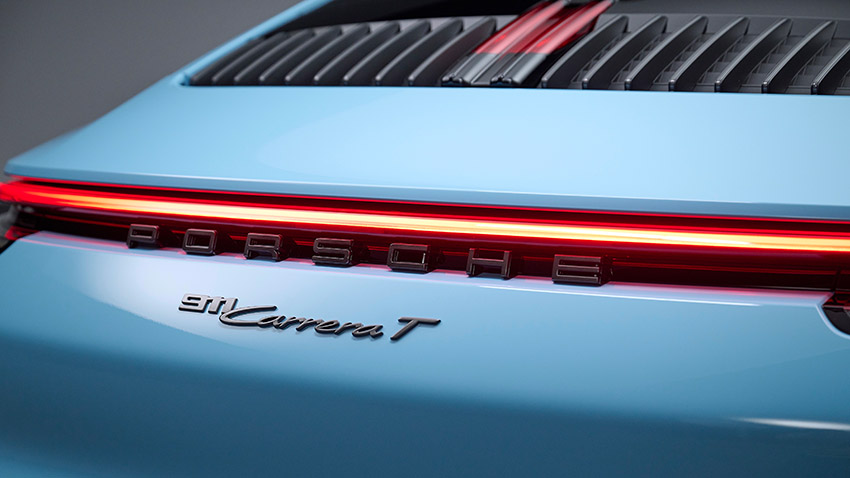 To help identify the T over the regular Carrera and S models, it gets a number of badges and darkened trim around the windows, exhausts and rear grille.

Inside, there’s a mix of matte and high gloss black trims, with the option to add some colour in via the Carrera T interior package if you so wish. You also get the Sports Chrono Pack, GT sports steering wheel and four-way electric Sports Seats Plus. You can also spec lightweight bucket seats if you wish. 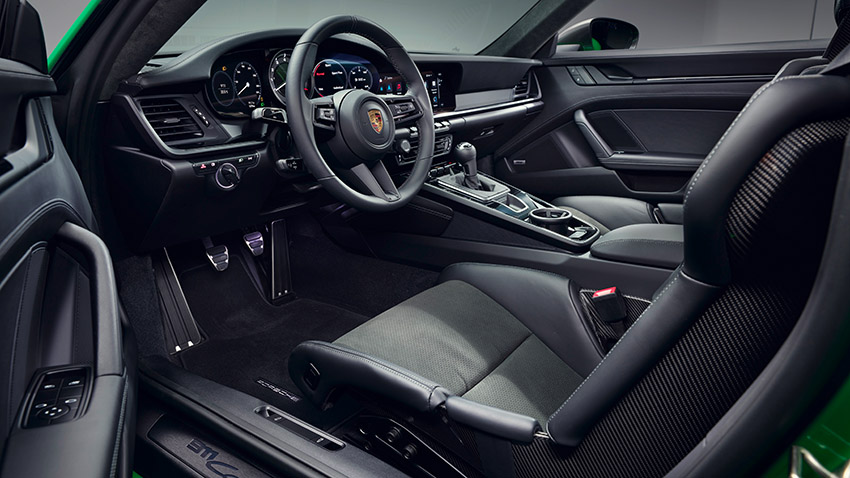 For us, the 991 Carrera T was a fantastic addition to the 911 lineup that offered purists a rawer driving experience, without losing too many creature comforts or dipping into a six-figure price tag. Want a 992 Carrera T? They start at £98,500, almost £9,000 more than a base Carrera, but you won’t need to delve into the options list here.