Novitec has turned its attention to the McLaren 765LT Spider, turning the wick up to 11 in the power and styling department.

“I need more power” is hardly a statement any McLaren 765LT Spider owner has ever said, let’s be honest. But here we are. Because, well, why not? Say hello to the Novitec McLaren 765LT Spider. The headline stats are that this tuned version of McLaren’s longtail supercar now produces 855hp from its 4-litre twin-turbo V8 engine, seeing a 90hp increase over factory specifications, while torque grows 72lb ft to 662. 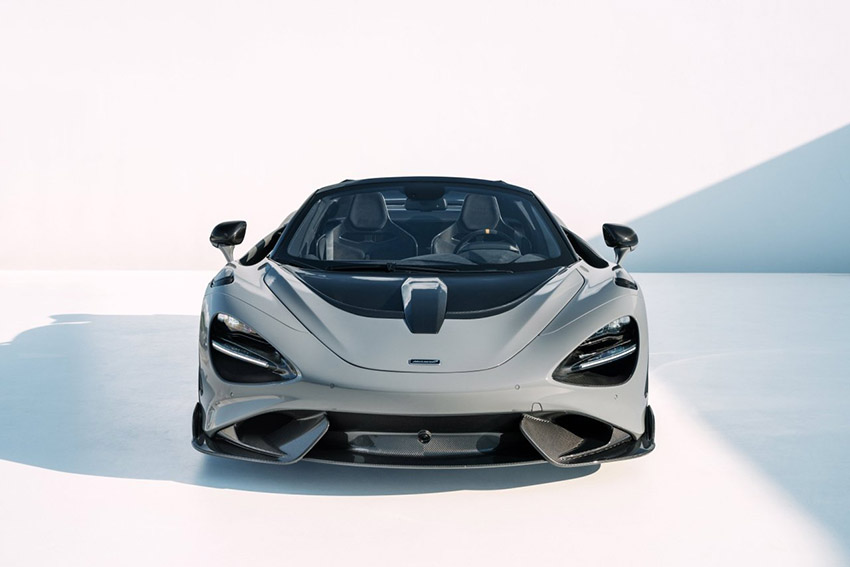 The increase in power has come about thanks to Novitec’s N-Tronic plug-in tuning box, which introduces new settings for injection, ignition, and boost pressure. Aiding the increase in boost is a new, thermally-insulated high-performance exhaust system from Novitec, as well as new turbo inlet pipes. 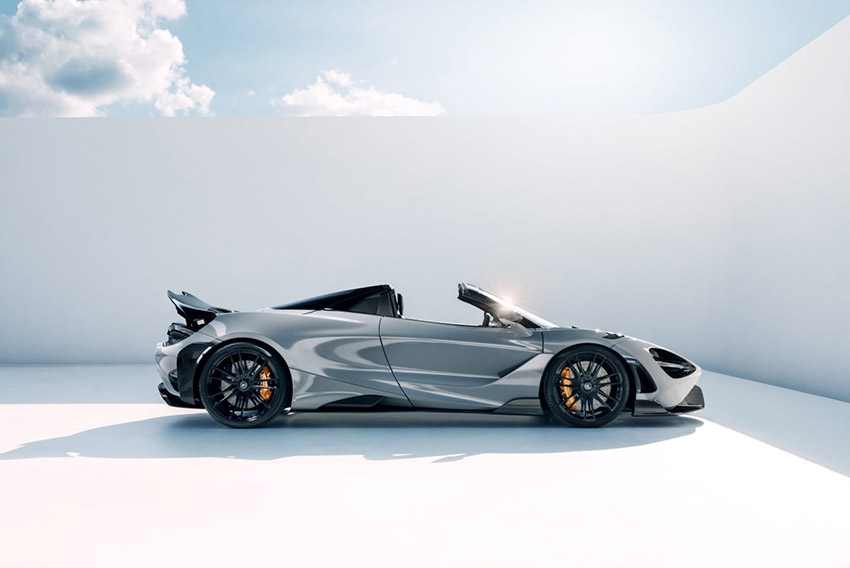 The result of all that tuning witchcraft is a 765LT Spider that will accelerate from 0-124mph in just 6.7 seconds, with the roof down. That’s almost as fast as the current crop of the fastest hot hatches completeting a 0-62mph sprint… Owners of the Novitec McLaren 765LT will also be able to top over 205mph. 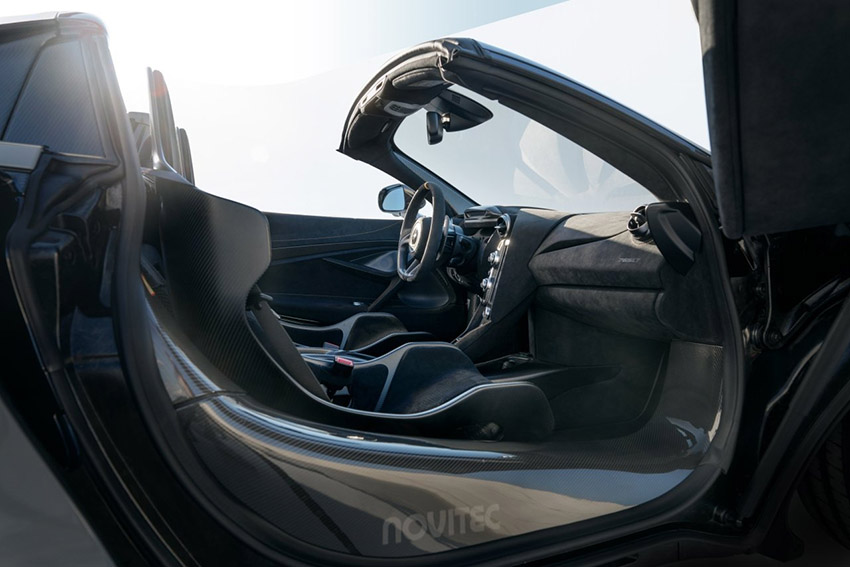 As with past products from Novitec, including the coupé variant of the 765LT, things always change visually, and in the case of the 765LT Spider, it gets new wheels developed with Vossen measuring 9Jx20 at the front and 12Jx21 at the rear. These fill the wheel arch gap that had already shrunk thanks to new sports springs that lower the car 20mm. Customers can also buy an array of carbon fibre exterior touches, including an N-Largo trunk lid, headlight inserts, scuff plates for the rocker panels and air intakes, the list goes on. 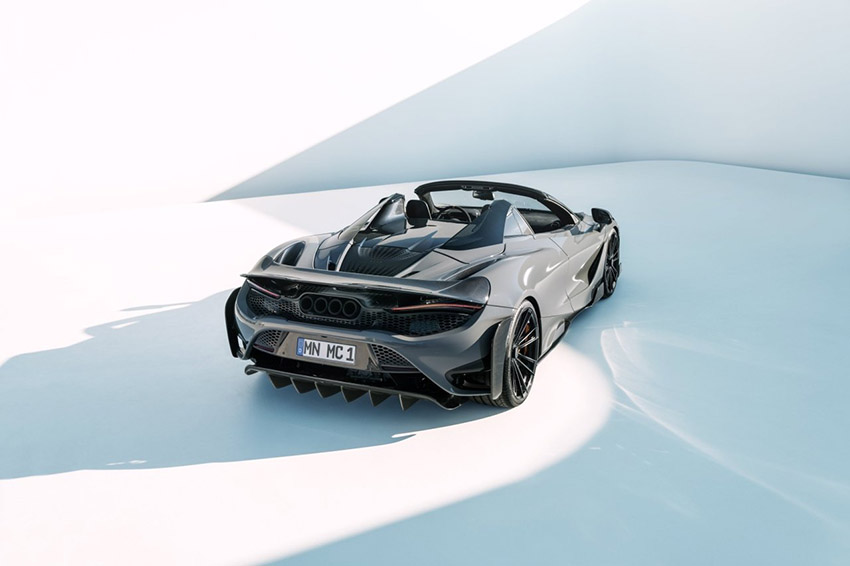