It’s been threatened in the background for a little while, but now, noise detecting cameras are set to become a reality in certain parts of the UK.

Designed to crack down on rev-happy drivers and cars with illegally modified exhausts, the new £300,000 government initiative is set to be trialled in Birmingham, Bradford, Bristol, and Great Yarmouth over the winter months.

Why those areas? Well, according to government research, that is where Britain’s noisiest roads are located.

The tech itself is relatively simple to get your head around. The ‘camera’ part does what you’d expect, while an accompanying microphone set-up will record the noise levels of vehicles that fall within the camera’s range. 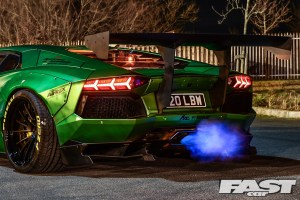 Speaking upon the launch of the trial, Transport Secretary Anne-Marie Trevelyan had this to say:

“Rowdy road drivers beware – these new cameras will help the police clamp down on those who break the legal noise limits or use illegal modified exhausts to make excessive noise in our communities.

“We will be working closely with the local authorities and police to share any findings, and I hope this technology paves the way for quieter, peaceful streets across the country.”

As you can imagine, the campaign group known as The Noise Abatement Society are rather chuffed with these developments.

A spokesperson from the society, Gloria Elliott, said, “Excessively noisy vehicles and antisocial driving cause disturbance, stress, anxiety, and pain to many.

“It is unsafe and disrupts the environment and people’s peaceful enjoyment of their homes and public places. Communities across the UK are increasingly suffering from this entirely avoidable blight.” 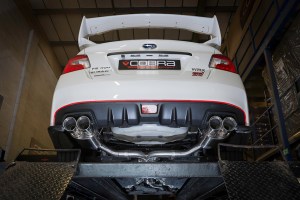 Now, let’s be honest, modified car owners are no strangers to the role of public enemy, but isn’t this all a bit over the top? Well, not if you look at the stats associated with noise pollution.

According to the World Health Organization, stress, strokes, cardiovascular disease, and dementia can all be linked to excessive noise throughout somebody’s lifetime. Meanwhile, the British government reckons that about £10 billion per year is lost to noise pollution due to its impact on sleep deprivation, health, and the resulting downturn in productivity at work.

So, while this may appear like a very targeted, small-scale issue, the wider impacts of noisy exhausts are perhaps much bigger than what they seem.

Anyway, the merit of this new government revenue stream is likely to debated in comments sections across the country, so we’ll leave you to do that amongst yourselves. Instead, let’s focus on what happens next: what if you get caught? 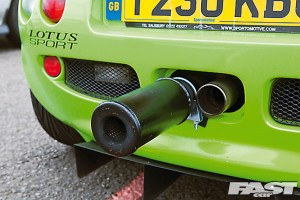 Well, this isn’t actually the first time cameras like these have been used in Britain. Over the past few years, similar trials have taken place in particular parts of London. The Kensington & Chelsea council, for example, dished out 163 fines to noisy drivers in the latter half of 2020.

This time around, if you happen to be caught out in any of those four new target areas mentioned above, you should expect a comparable warning or fine – typically somewhere in the region of £50-£100.

The next question you might be wondering about is: how do I know if my car is ‘noise-legal’? Rather unhelpfully, the government have made that a little ambiguous. There’s no definitive ruling – as far as we can see – on their official website, and third-party sources provide somewhat conflicting results. However, if your car registers at around the 70-decibel mark, you should be in the clear.