The Nissan Skyline R34 GT-R transformed what we thought was possible in a road car, becoming God-like in the tuning community. Now, 20+ years on, it’s still turning heads.

Monday morning; still a little sleepy from the weekend and not quite with it when I arrived at the office to something lairy and offensive. Nissan had delivered its heritage Skyline R34 GT-R for a week of testing. There are worse ways to start the working week…

‘V16 SKY’ is well known amongst motoring journalists and enthusiasts alike. This Middlehurst imported Skyline is a Nissan press car, which has covered a measly 37,000 miles in its life. Mind you, those miles have been tough, with the likes of Evo, CAR and Top Gear all using the car on tracks up and down the country. 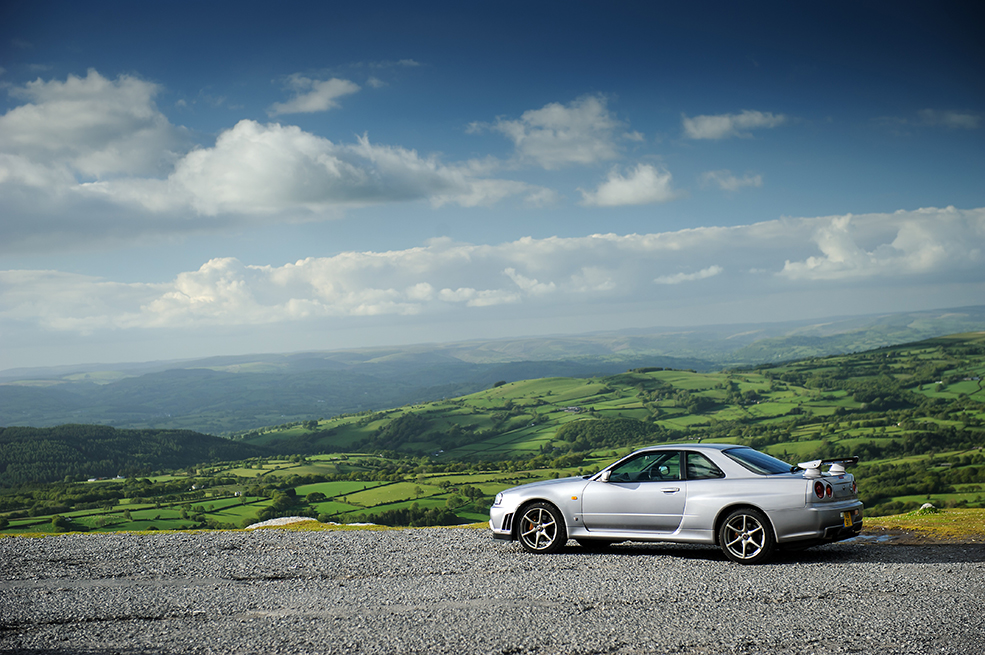 Believe it or not, this car is completely stock. It makes far more sense to test the car as it left the factory, in its purest form without individual touches changing the dynamics. For me, this is the first time behind the wheel of a GT-R. I can remember driving the pants off the R34 on GranTurismo though, so it must be the same in real life, right? 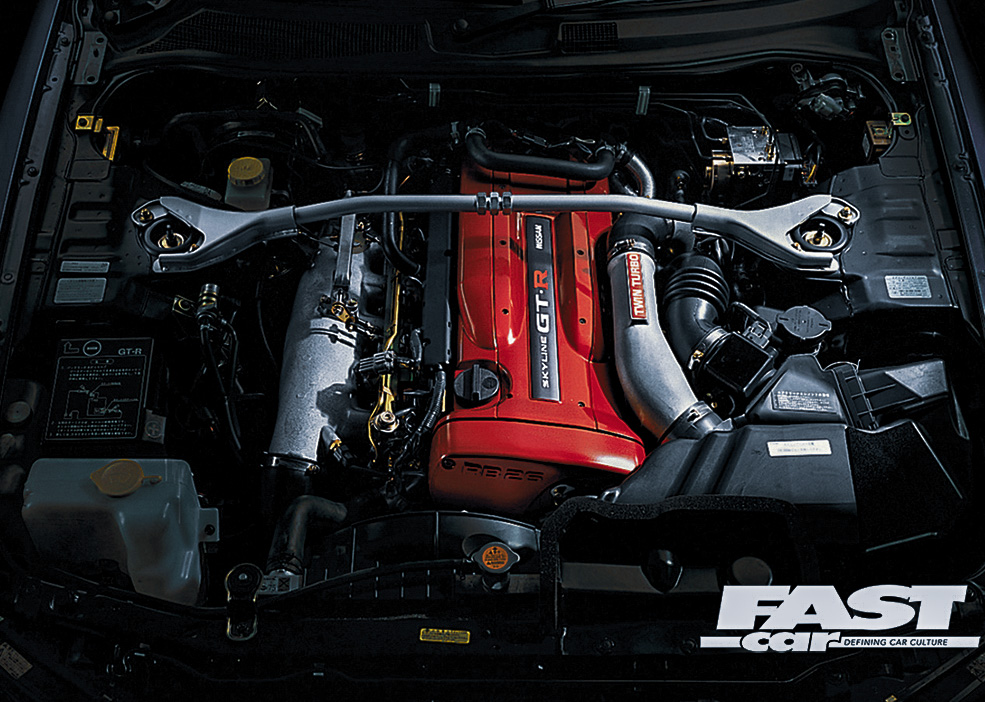 Let me hit you with the facts first: The Nissan Skyline R34 GT-R arrived in 1999, this example was built in 2002 and features the famous RB26DETT engine, that is 2.6-litres in displacement, six-cylinders all in line and two ceramic turbochargers that work sequentially. Power is sent to all four wheels through a trick ATTESA ET-S (Advanced Total Traction Engineering System for All-Terrain with Electronic Torque Split) system and mated to a six-speed manual transmission. Seats are built by Recaro and hug you beautifully, while the brakes are provided by Brembo. All the typical Japanese household names come to play here.

Stock power figures are up for debate as a result of the well-known ‘Gentleman’s Agreement’, but in short, official figures say 276bhp… which is a load of cobblers. 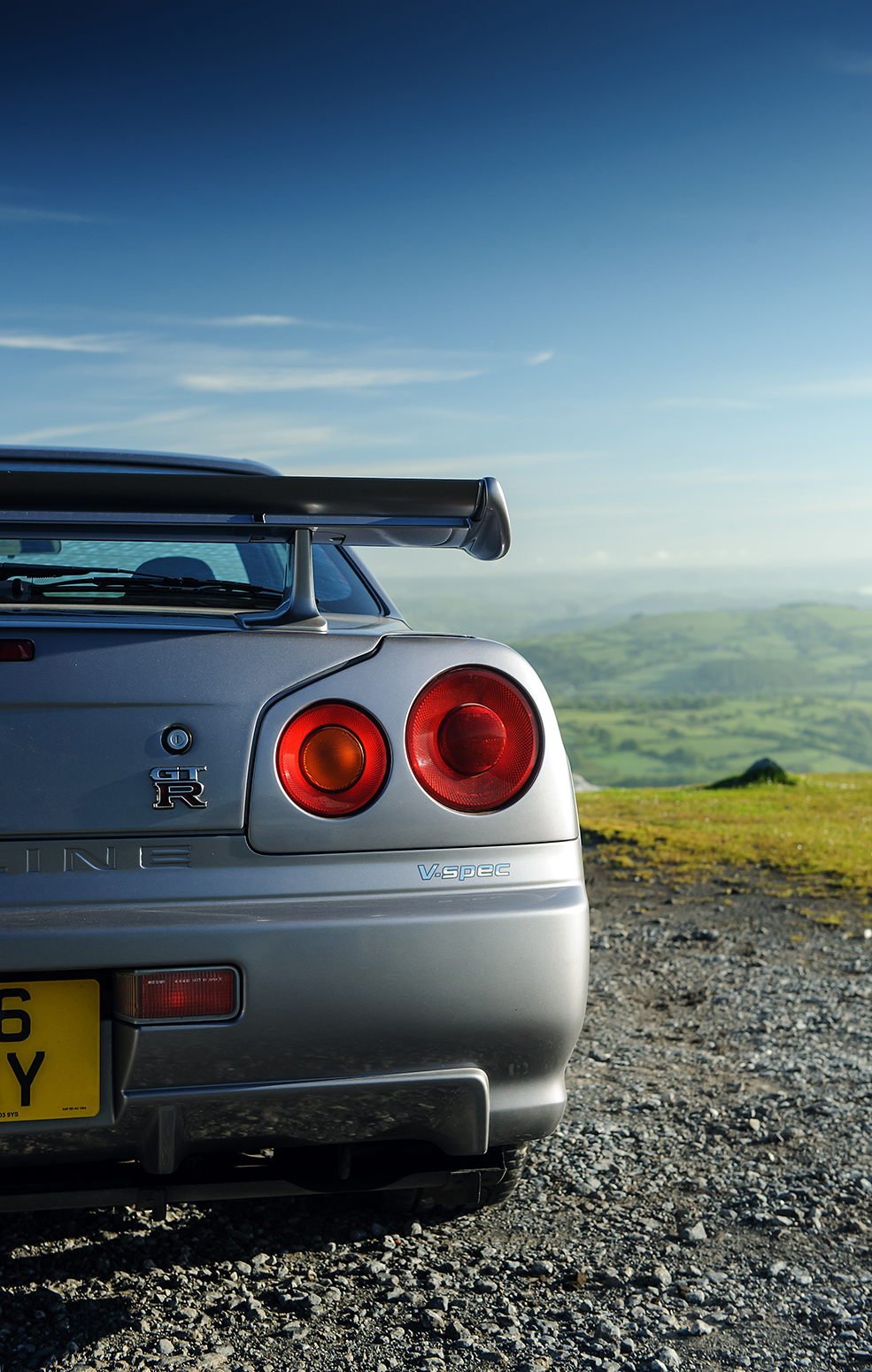 A computer monitors the cars movements up to 10 times per second for traction loss by measuring the speed of each wheel. A separate three-axis G-Sensor is mounted underneath the centre console which feeds lateral and longitudinal inputs into a computer, which then controls both the AWD system and ABS. From here, the computer can direct up to 50% of the power to the front wheels when slip is detected on one of the rear wheels. It can do this when just 5% slippage is detected. As a result, the system is constantly monitoring grip levels to adjust where the torque is needed most for maximum acceleration. Remember, this is a car built in the ’90s, we take for granted how clever computer systems are today, but when this was released, the World Wide Web as we know it had only been around for nine years! All in all there were some bloody clever folk over at the Nissan factory when they put this together! 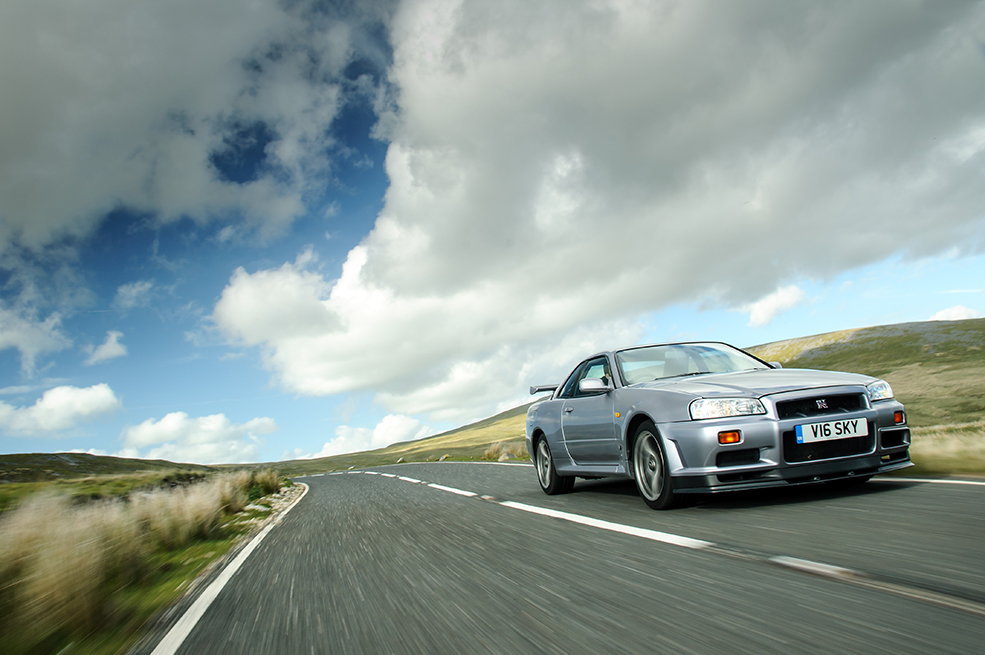 Jump in the R34 and you’re greeted by beautifully comfy Recaros and a perfect seating position. Fire the old girl up and you’ll notice the letters GT-R beam up on the centre screen, followed by a whole host of gauges to keep an eye on oil and water temperatures, water pressure, boost, throttle input…the list quite literally goes on and on. This is the computer generation. To an extent this car is a throwback to another era, the new GT-R eclipses both in performance and technology, but that’s not to say this car is “raw”, as the journos jargon goes. As mentioned before, computer systems work to the milliseconds, correcting slip for maximum traction, and while you will certainly call it analogue in comparison to the R35, it’s still helped out by a fair slice of technology. 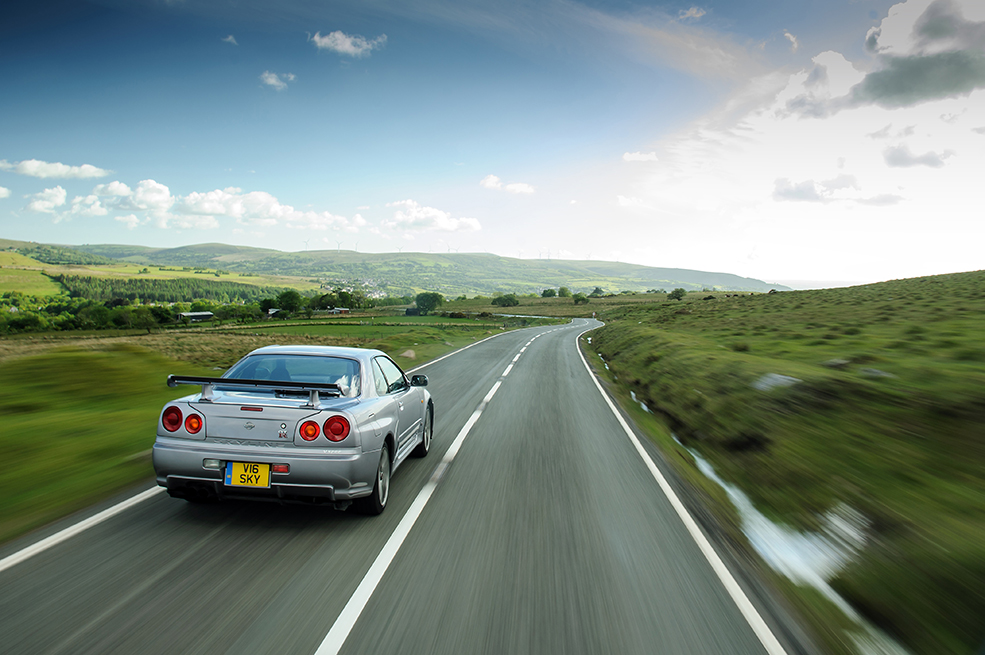 That’s no bad thing. The amount of grip this car harnesses is surreal. Chuck it into a corner and front end bites well, the rear follows suit; prod the throttle and the rear will kick out slightly, remember this is RWD with FWD assistance, not the other way around. Forward propulsion is always the ultimate aim and the computers do an incredible job in the process. Steering feel is beautifully weighted and precise, you get a real weight to the feel when pressing on, something that’s been eradicated in recent years thanks to electric steering.

The gears slot in well, even for an over 20 year old car. 1st to 2nd has had a hard time, but the rest of the ratios slot home with precision. Make no qualms, this is quick, even in stock form. The factory quote “276bhp”, from where I’m sat it feels like well over 300bhp. That’s not just because of the traction either, in-gear acceleration (on boost) is impressive. Torque forces you back into the seat, there’s plenty to force a huge smile on your face. It thrives on revs, the boost only really comes in at 3500/4000rpm. I’ll be honest; beneath this threshold and the RB struggles to shift its weight, but once it’s ‘on boost’ it makes up for lost ground with urgency. 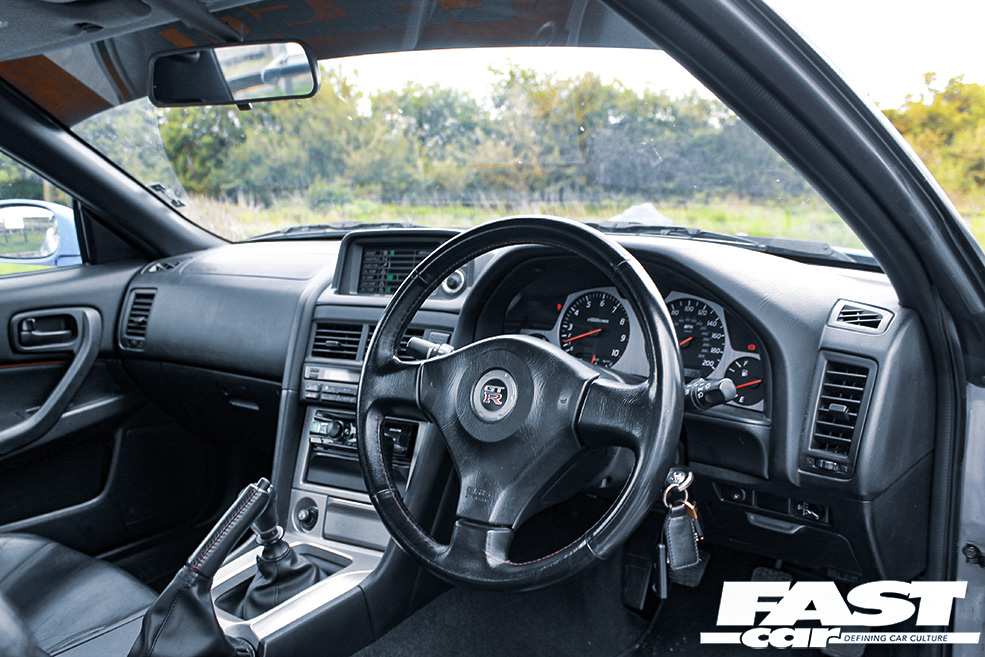 We all know how menacing these cars look on the road and during this modern era where 300bhp is packed by plenty of hot-hatches, the GT-R still shines through as an all-time great. No matter where you go you get smiles and waves. Ask any petrolhead what cars they’d love to drive and I can guarantee an R34 GT-R sits on that list, whether they’d like to admit it or not. I for one am thankful I met one of my heroes, and by God it didn’t disappoint. The GT-R has earned my respect ten times over.