The Nissan GT-R R35 has become such a stalwart of the JDM tuning scene that it’s easy to gloss over just what a staggering piece of machinery it is, especially when you consider its price. Here’s what you need to know before buying one.

Time erodes excitement, and a lot of water has passed under the bridge since the model debuted at the Tokyo Motor Show way back in 2007. To put that in context, when we originally clapped eyes on the first of the Skylines not to be badged as a Skyline, the world was enjoying Skins, The Simpsons Movie, and the debut of a cheery young singer named Adele; the first iPhone had just been released, and Twitter was seeing about 20,000 tweets a day (as opposed to 500m+ today). The years just fly by, don’t they?

One of the popular motoring memes of the launch was how Nissan were keen to assert that their racy new coupé was effectively untuneable; so confident were they in the precision and focus of their endeavours that they couldn’t conceive of a way to improve upon the results of their countless hours of R&D. At the time, you could see where they were coming from – all of the stories that were neatly targeted at the motoring press concerning spec and construction methods helped to build a picture of the perfect everyman supercar: the nitrogen-filled tyres on their knurled rims, the unique hand-built engines crafted by eggheads in white coats in hermetically sealed laboratories, the chip-resistant chassis coating, the die-cast aluminium shock towers and carbon-composite crossmembers… the spec gets so nerdy in its wishlist perfection that it starts to sound far-fetched.

Of course, saying the car was untuneable was really just throwing down the gauntlet – something that the aftermarket at large was happy to pick up, wave joyfully about, and wrap around their four-figure power outputs as they enthusiastically set about proving that there’s no such thing as an untuneable car. As it’s turned out, the R35 GT-R has become one of those cars that you’re incredibly unlikely to ever see a factory-standard version of. People just love playing with them, and they’re incredibly receptive to tuning. The Nissan GT-R R35 is just as impressive today as it was when it first appeared fifteen years ago, and power developments keep on evolving.

There have been two major facelifts of the model – one in 2011, and another in 2017. The 2011 makeover featured revised engine mapping, lighter and stiffer alloy wheels, larger brake discs, a carbon composite strut brace, and a redesigned front bumper with integrated DRLs. There was also a new rear diffuser and additional cooling ducts. A mild semi-facelift in 2013 revised the engine mapping and retuned the suspension, and the full-on 2017 facelift increased power again while also refining the gear shift smoothness; at this time the bumpers were also redesigned, there was additional leather trim inside, and the GT-R was treated to stronger brakes, forged wheels and a titanium exhaust. 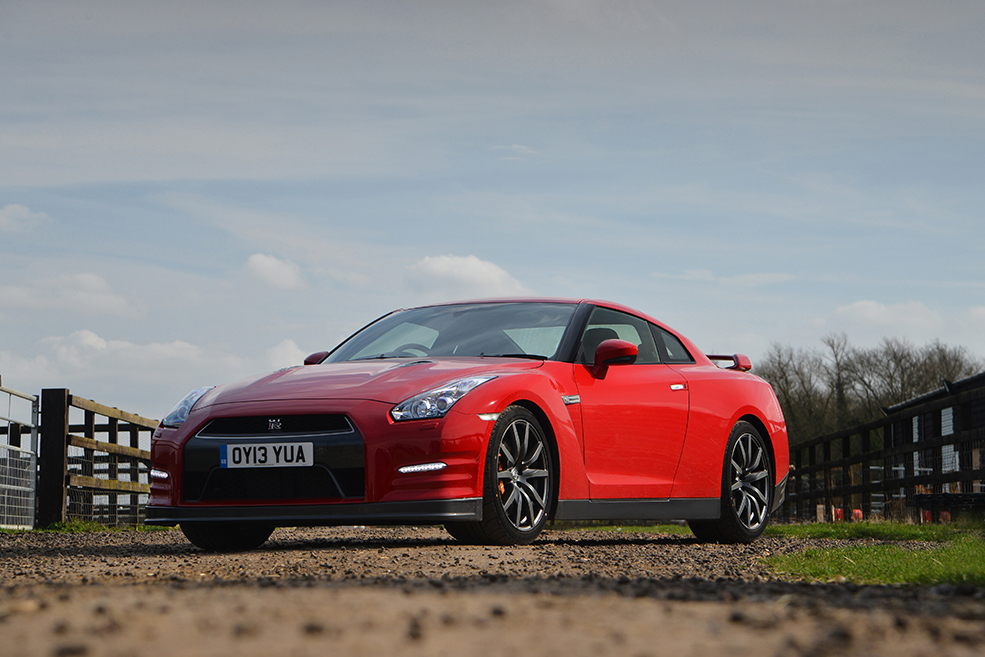 The beating heart of the Nissan GT-R R35 is the VR38DETT engine – a 3.8-litre twin-turbo V6 which offered 485bhp in UK-market launch spec. Facelifts across the years variously raised this official figure to 530bhp, then 544bhp, then 565bhp… and as we now know, this was merely a starting point. There are plenty of modded GT-Rs out there running 1000bhp+.

The VR38 is commonly regarded to be a very strong unit, even when highly tuned, although of course there are a number of warning signs of a motor that’s not in fine health: look out for blue smoke on a cold start, or blue or grey smoke when the turbos come on boost for evidence that attention is required.

When it comes to tuning, the sky really is the limit. Plenty of tuners have made waves with modding these motors, with Litchfield among those leading the pack: as well as selling parts and offering servicing, they have a package of stage upgrades. For instance, Stage 1 involves fitting a Y-pipe and remapping the car up to 590bhp; Stage 5 involves upgraded turbos, intercoolers, fuel pumps, exhaust and much more besides, unleashing a safe and reliable 775bhp. There are so many quality aftermarket power upgrades available off the shelf too. Want an exhaust? Talk to Milltek, Cobra, Akrapovic or Armytrix. Induction? That’ll be Forge, Pro Alloy or Airtec.

The transmission is equally impressive. The 6-speed dual-clutch ’box offered lightning-fast shifts at launch and the tech has kept on improving. With every facelift, those shifts have got faster and smoother. It’s worth exercising caution as a buyer though, as the transmission can call time if it suffers too much abuse (i.e. from lots of launch control use) – make sure the gearbox correctly selects all six gears as well as reverse, and a good trick is to cold-shift from first to reverse a few times: if it flashes the gear number and shifts immediately into 2nd instead of 1st, budget big for repairs or walk away. And remember that it’s possible for a specialist to download data from the ECU to see how many times the launch control has been deployed. 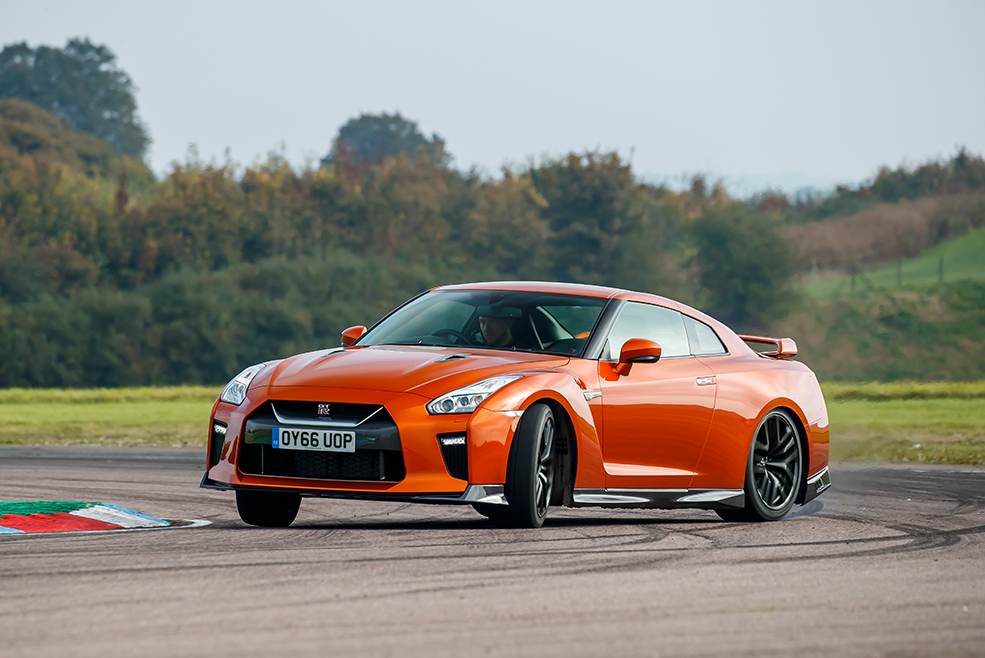 With the power of the GT-R being such a headline-grabbing element, it’s important to remember that the chassis is real sci-fi stuff too. This is a car with such phenomenal grip that it can generate unbelievable lateral G-forces – and, despite what Nissan told us, this is all improvable with aftermarket upgrades.

When looking at an R35, check for excessive tyre wear on the inner edges, and that the tyres match front and rear; this will tell you whether the chassis has been kept in the correct alignment, and whether the owner has been looking after it properly.

A popular mod among owners is to fit a thicker front anti-roll bar – these are available from Eibach, Whiteline, Ultra Racing and various others, and have the dual benefits of improving the ride and sharpening the handling. The stock springs and dampers are very well suited to the car (of course), but again there’s scope for improvement – Litchfield have worked with Bilstein and Eibach to develop coilover setups suitable for road or track.

Brake discs have been known to crack under prolonged heavy use, but this is all the excuse you need to upgrade! Alcon 380mm discs are a proven choice with the stock setup, or if you’re chasing big power then there’s the option of the full-fat Alcon BBK, which adds billet 6-pots up front and 4-pots at the rear. 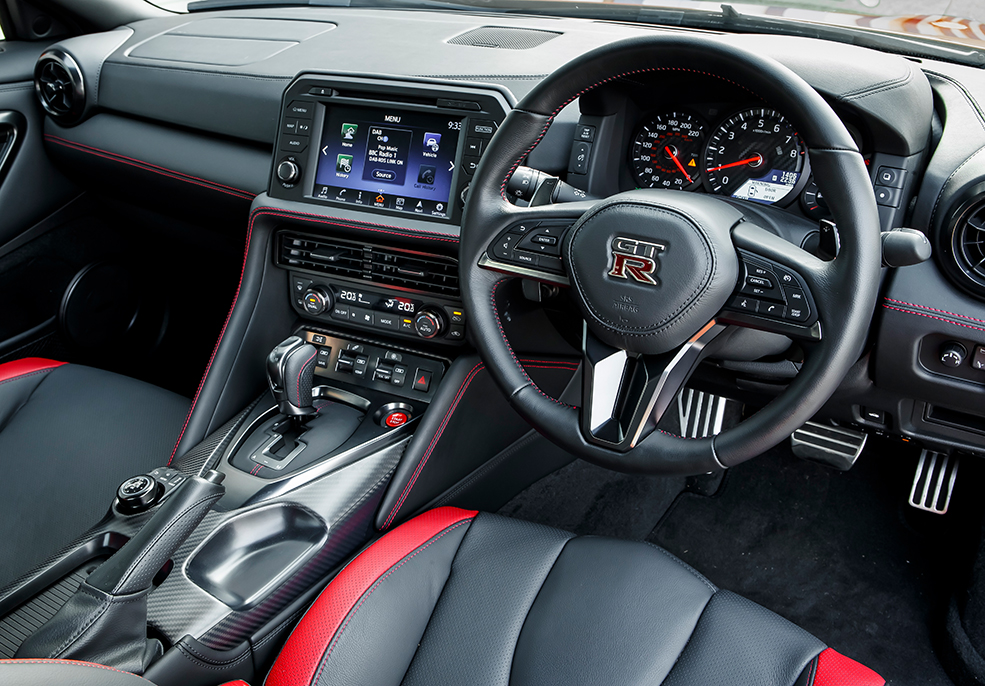 The quality of the GT-R’s interior has always been pretty decent, and it’s steadily improved throughout the model’s life. 2009 was the first major spec update, when the screen was replaced with a higher-resolution one and sat-nav became standard, while the stereo came with a 40gb hard drive. More carbon trim started to appear from 2010, along with magnesium paddle-shifters and individual climate control, and the following year the Bose Surround Sound system was introduced.

From the 2017 facelift buyers got an 8” infotainment screen and a new carbon fibre centre console, plus a different steering wheel and extra leather trim.

There are a few issues to look out for in here: see if the dash has flickering or missing LED lights, and make sure you press every button to ensure they’re all working – the stereo, the air-con, the radio, the lot. Speakers can work their way loose, which might explain the odd rattle, and the driver’s side seat bolster is prone to wear.

It’s a comfy and GT-like place to be, although it may be tempting to rework the cabin in more of a racy style: perhaps with a set of Recaro Profi SPA seats, Cusco rollcage, Mine’s steering wheel, and a tasteful retrim in Alcantara. 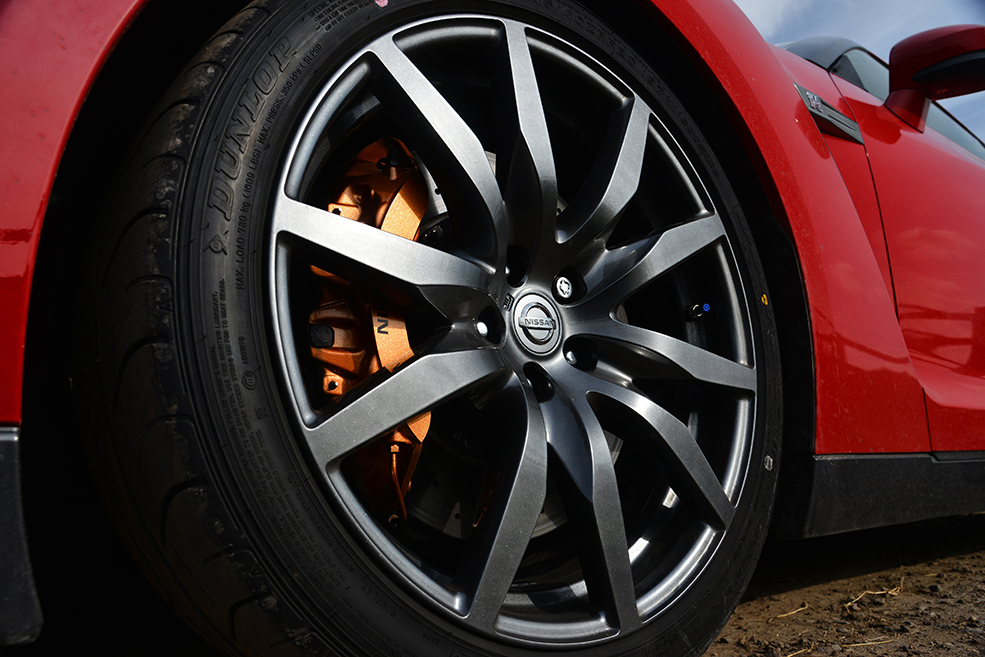 The GT-R’s body is extremely aerodynamic, with a drag coefficient of just 0.27, and it features an exotic mix of aluminium and carbon composite along with the steel – so it’s crucial to check carefully for accident damage, as it can be particularly hard to perfect. Ensure that all the shutlines are as they should be, especially around the bonnet as this has a hydraulic-ram pedestrian protection system that can be eye-wateringly expensive to replace if triggered. It’s also worth noting that the factory paint in some shades (particularly black) is very soft, and thus extremely prone to chips and scratches. Some owners opt for paint protection film, others go for a vinyl wrap or even a full repaint. Check the undertrays for damage too, and the vulnerable front lip spoiler – and headlights can mist up as well.

In terms of aesthetic upgrades, there are two approaches you can take. The first is to respect the engineers’ aerodynamic efforts and keep addenda to a minimum, while the second is to ignore all of that and create something unique. For the former, there are such tasteful additions as dry carbon grille inserts and spoiler extensions from Litchfield. For the latter, you can go the whole hog with the LB Works wide-body kit from Liberty Walk. And for every step in-between, there’s all manner of quality exterior upgrades available from Knight Racer, including side window louvres, carbon bonnet vents, wing mirrors with sequential indicators, and facelift bumpers to fit to earlier cars. 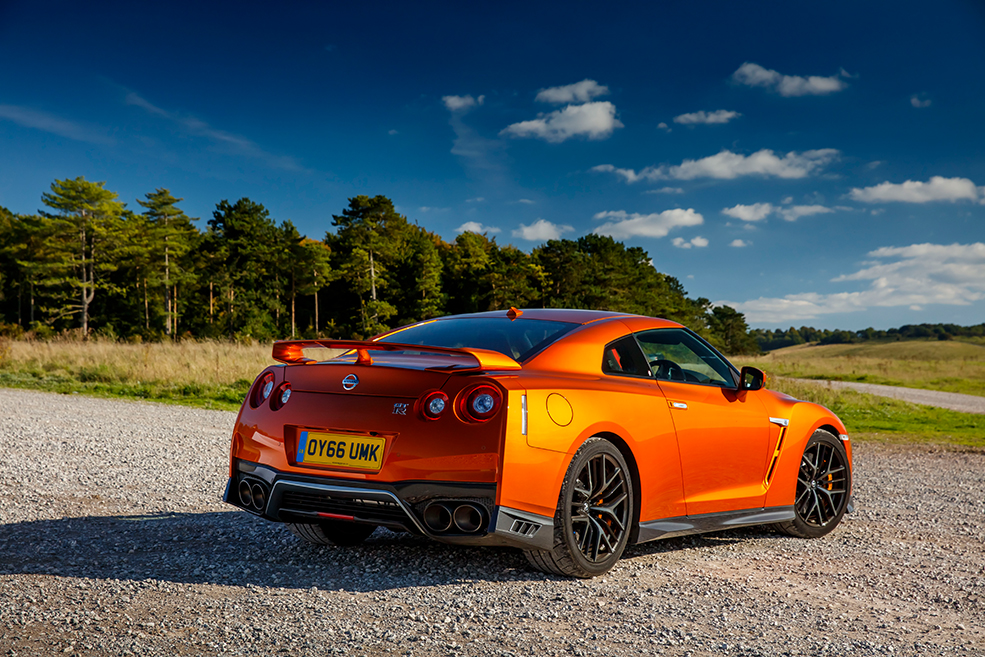