Remember when Honda launched the FK8-generation Honda Civic Type R and took it to a bunch of tracks around the world looking to set multiple front-wheel drive production car lap records along the way? Some things never change, do they…

Despite not having been unveiled yet by Honda, the new Civic Type R has lapped Suzuka 0.873 seconds faster than the Limited Edition variant of the outgoing FK8 Civic Type R. And while that Limited Edition car was specifically set up for track use, with stickier rubber, less weight, and a tweaked suspension setup, this prototype car will likely represent the base of the Civic Type R. Looks promising…

As you’ll see from the video, Honda’s test driver isn’t shying away from attacking those curbs, suggesting that the new Honda Civic Type R’s adaptive suspension setup will happily take a punishing on track, and then whisk you home in comfort. OK, not quite comfort but you get the picture. 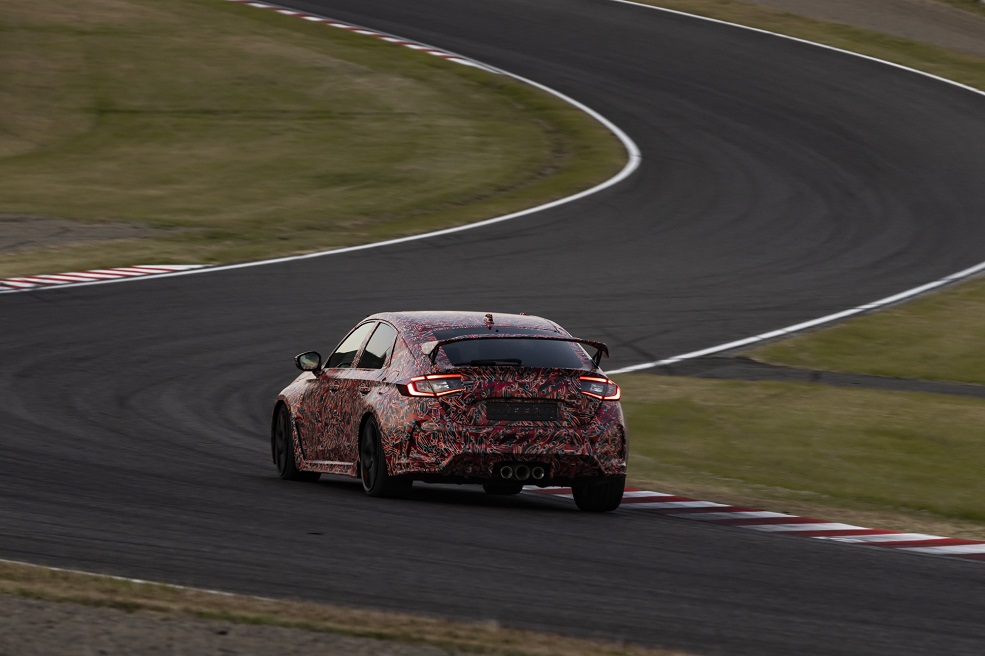 There are no performance specs to base speculation off, but the lap time suggests that the Civic Type R will either have an increase in power output over the old car’s 316bhp 2.0-litre, turbocharged unit (no news one what engine will go into the new Honda Civic Type R yet), or the car is lighter. We suspect a combination of both in small numbers that equates to a sizeable change.

Honda has said that it will reveal more info on the new Honda Civic Type R before 2022 is out, but with Toyota unveiling the GR Corolla just last week with 300bhp and 4wd, you better believe the new CTR will be more than up for the challenge.