Honda has unveiled its latest Civic Type R, the FL5, as it celebrates 25 years of the brand’s iconic hot hatch.

We all knew this one was coming. After months of teaser images, camo-clad shots and even new records (yes, the new Civic Type R FL5 has already set a lap record around Suzuka circuit…), Honda has finally lifted the covers on its latest Civic Type R, 25 years on since the first hot Civic, the EK9. 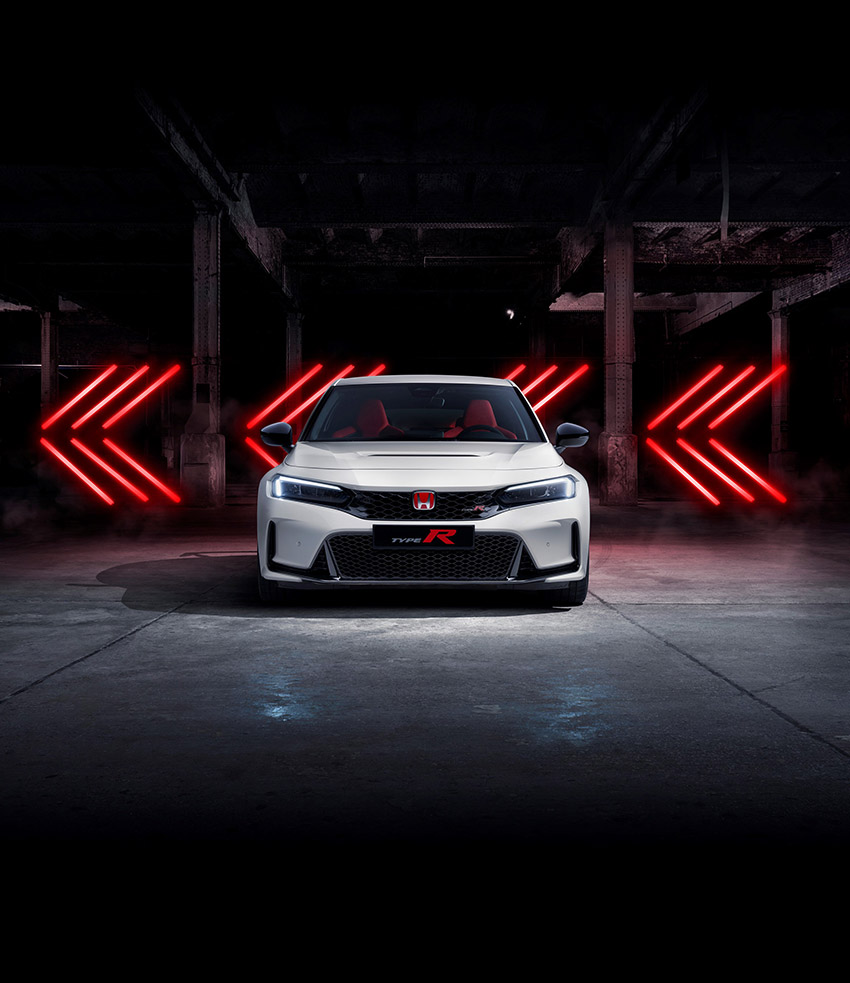 With the new FL5, Honda has built upon the previous generation’s recipe, which means it should be fun and engaging to drive. You’ll be pleased to know that Honda hasn’t hybridised the Civic Type R, and sticks with the FK8’s KC20, turbocharged four-cylinder engine, although with a few enhancements. The first of the changes is that the FL5 gets a new turbocharger, which features more compact housing and optimised blade count and size. This is paired to a revised, high-efficiency exhaust system (it’s still a triple!) and in all, features improved power-to-weight ratio, torque and top speed over the previous generation Type R. In other words, the new Honda Civic Type R FL5 will be faster than the FK8, but you shouldn’t expect official power figures to be more than around 320bhp. 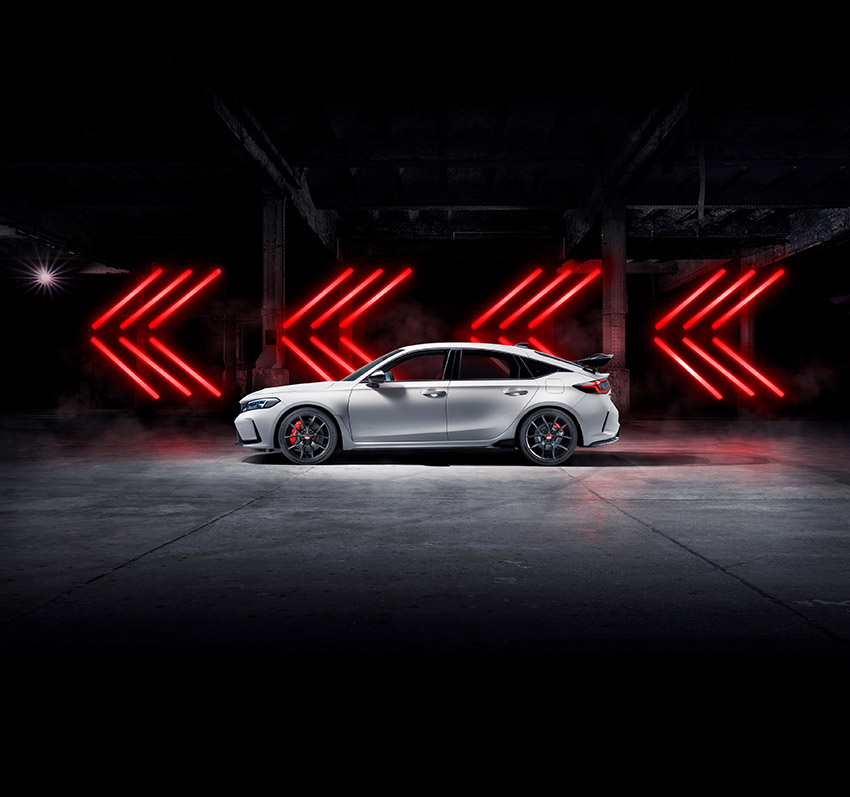 Thankfully, the only gearbox option is a revised six-speed manual with improved rev-matching and what Honda is claiming, a “hyper-precise gear change”. You’ll of course get a limited-slip differential up front, too. 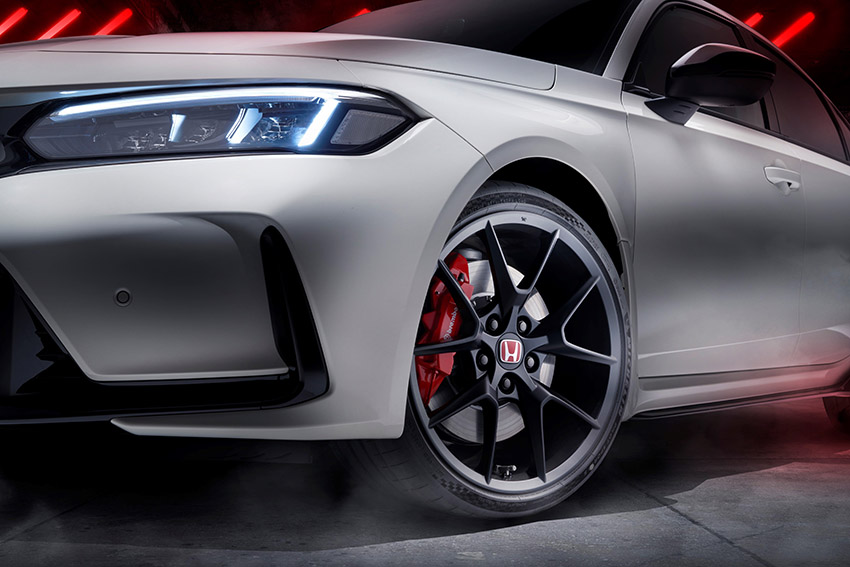 It’s all change on the outside, though, as the Honda Civic Type R FL5 loses some of the sharp edges in its details over the old car for a much tamer appearance. Honda says that the new body is lighter and more rigid than the FK8, as well as being longer, lower and wider, but crucially, it’s slippier through the air. Although this is all not to say that the FL5 Civic Type R will go under the radar, no, it still features a chunky rear wing, bulged arches and a menacing front end. Behind those 19 inch wheels are new, bigger Brembo brakes. 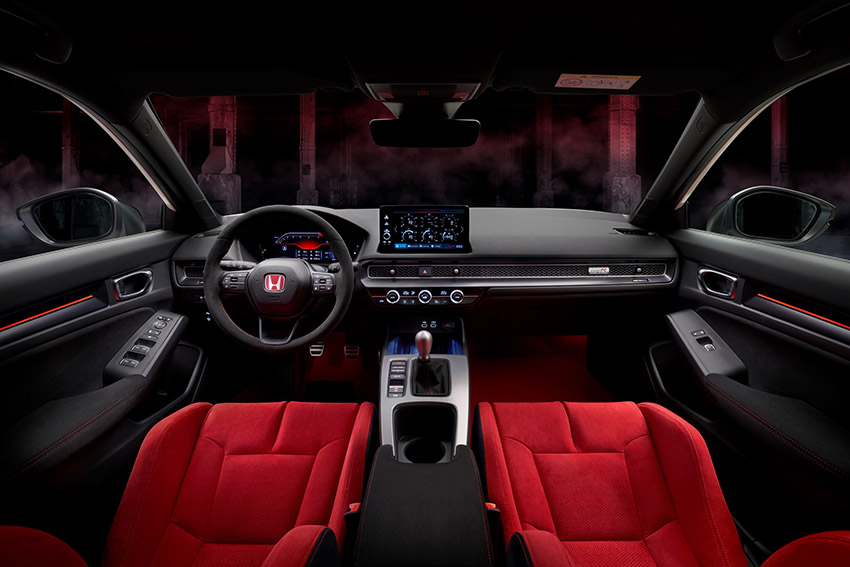 Inside, the Civic gets the latest infotainment system as well as an improved version of the LogR data logger. Honda says that the driver now sits lower than ever before in lightweight sports seats. 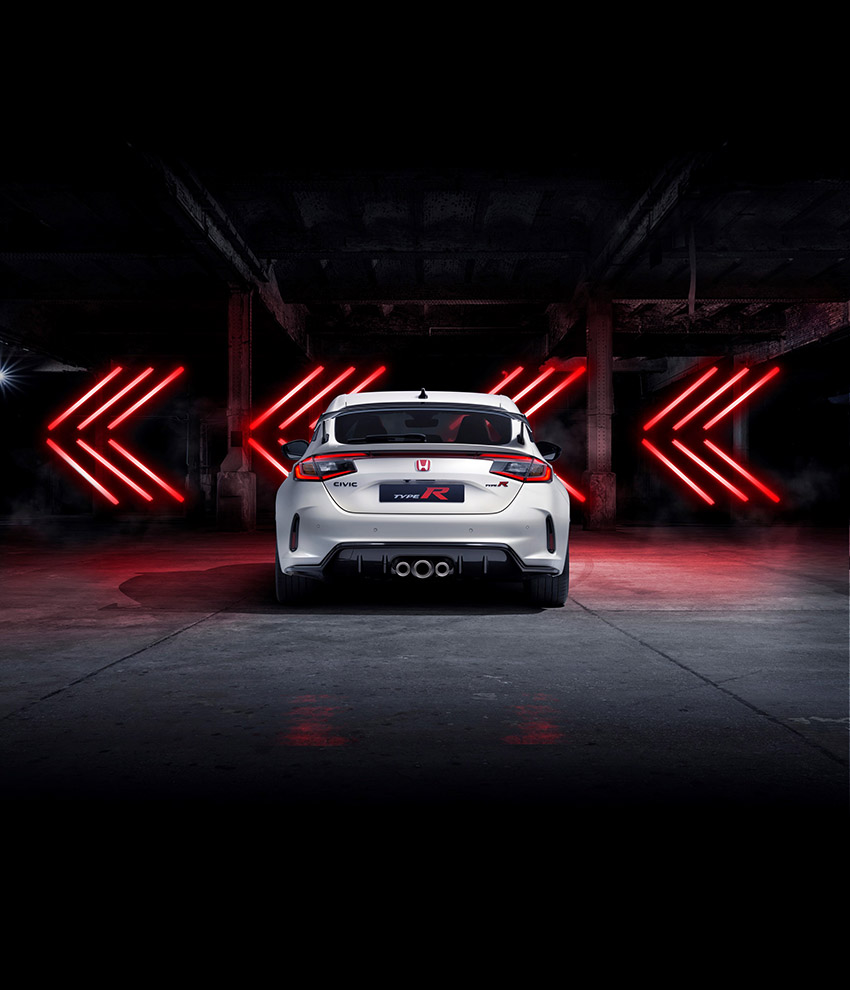 “With the all-new Civic Type R, Honda engineers have again delivered on our goal to create the most rewarding driving experience in the performance hatchback segment,” said Tom Gardner, Senior Vice President, Honda Motor Europe. “Through exceptional advancements and the application of motorsport-derived technologies, we have exceeded the capabilities of even the stripped out, lightweight version of the previous model. It is this dedication to performance excellence that has made the Civic Type R so popular with driving purists for 25 years.” 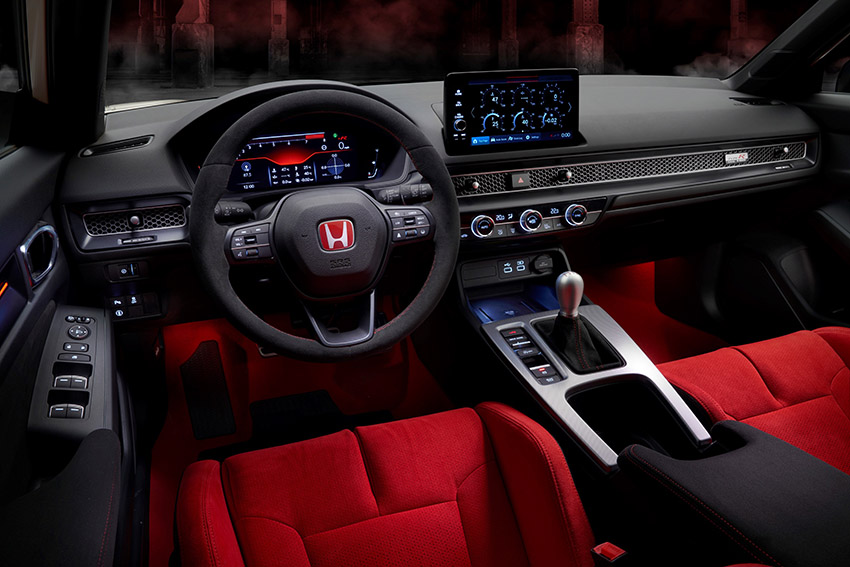 The new Honda Civic Type R FL5 will start being delivered to customers in early 2023, with buyers having the choice of five colours: Championship White, solid Rallye Red, Racing Blue, Crystal Black and Sonic Grey Pearls. There is no word on pricing yet.

We’ll update this article as and when we know more. 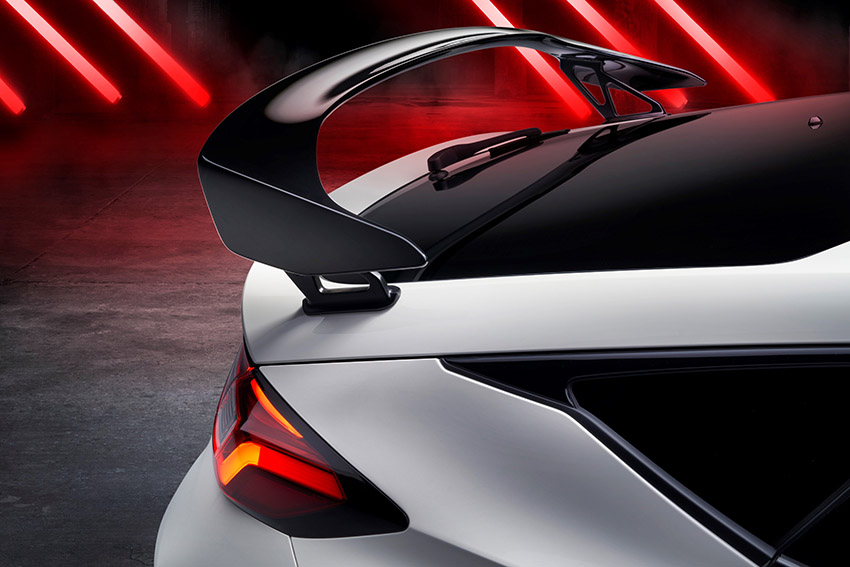