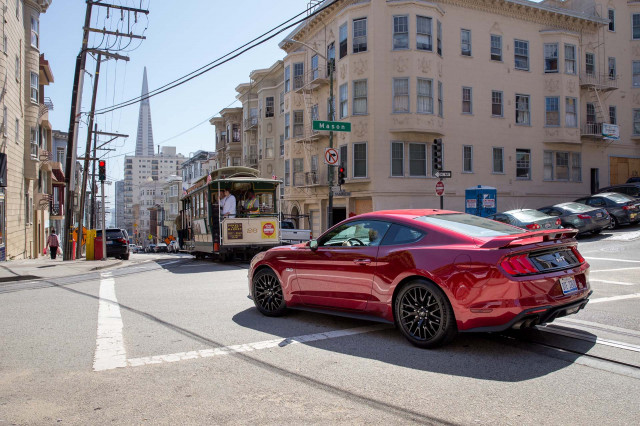 We took a closer look at what the Ford Mustang means to America; the 2020 Chevy Silverado 2500HD made its debut; the first spy shots of the 2020 Acura TLX Type S surfaced. It’s the Week in Reverse, right here on Motor Authority.

Over two months, Motor Authority editors took a Ford Mustang GT for an immersive road trip across the United States. In the process, we scratched the surface of what the pony car means to the country.

Chevrolet debuted the 2020 Silverado 2500HD and it ushers in a controversial new design for the heavy-duty truck line. However, Chevy followed up the standard pickup with photos of the range-topping Silverado 2500HD High Country, which boasts a more cohesive look.

The 2020 Acura TLX Type S stepped out in front of the camera for the first time. We’ll likely see the sport sedan make its market launch in the second half of 2019 with a turbocharged V-6 engine.

We caught the SSC Tuatara hypercar testing on public roads for the first time. SSC hopes it will be the first production car to break the 300 mph barrier.

And finally, we took a spin in the 2019 Chevrolet Colorado ZR2 Bison and found the added off-road goods made it noticeably more formidable than the standard ZR2.