With on-point Mulgari style and fistfuls of power, there’s a storm brewing within this modified Mini F56 JCW.

Now, we have waxed lyrical from time immemorial about how the cars our relatives were interested in when we were growing up so often inform those that we drive today. A psychologist might argue that, for many, this represents an impassioned yearning to return to the carefree innocence of youth, buying the car that your mum had when you were a nipper so that you can be, in part, a child once more. But, sometimes it’s not that deep; sometimes, it’s just an excuse for a bit of good ol’ family bonding.

Father-and-son teams who rebuild old wrecks they happen across on eBay, girls taking on their grandmas’ bone-stock old shopping runabouts and turning them into flame-spitting retro track monsters, we see this happening all over the scene. In the case of Sophie Bichener, it was a Mini-obsessed cousin who first planted this particular automotive seed, and it wasn’t too long before the entire family toppled like a house of cards. 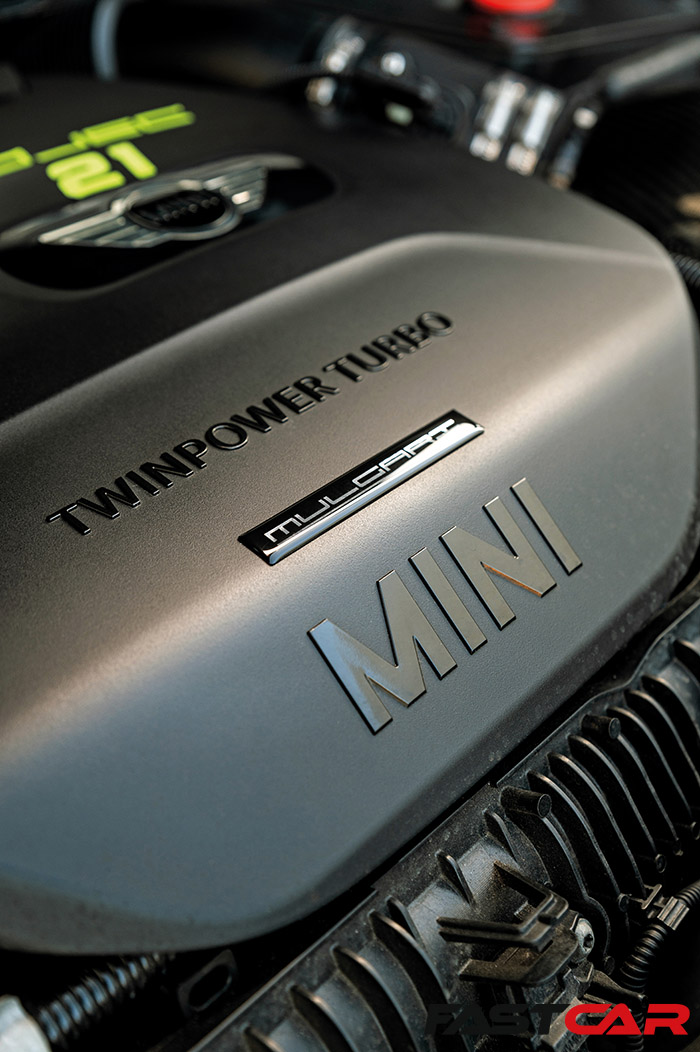 “I’ve appreciated these cars from a young age, and it’s all my cousin’s fault,” she laughs. “He always had Minis, and now the whole family has them – and I’m part of the cult! I started at the bottom and worked my way up to the top, from Cooper to John Cooper Works; my first Mini was an F57 in Moonwalk grey, which I bought as a birthday treat to myself as I’d always wanted a convertible.”

Those open-top thrills were every bit as enjoyable as Sophie had always envisaged, and there were all manner of adventures and good times to be had with that F57. But in time, she began to yearn for something with more of a different focus; something with a tin-top and big power, a balletic chassis and a road-racer demeanour. So how did this F56 JCW enter the picture? “I just couldn’t say no to the price,” Sophie smiles. “With the carbon fibre accents and the Team Dynamics wheels, it just felt like a no-brainer.” 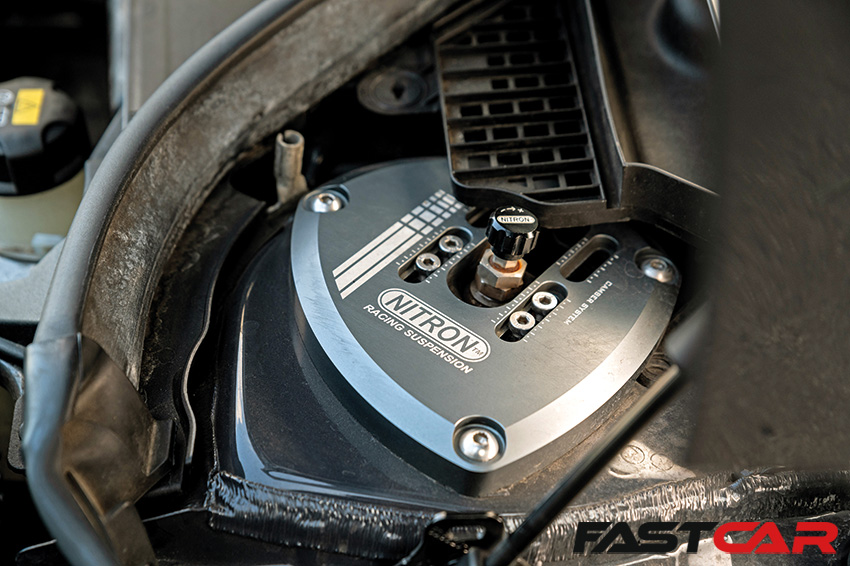 Yes, this is one of those interesting tales of an enthusiast buying a car that had already been modified, and then customising it further to really give it a personal touch. Sophie’s boyfriend had spotted the modified Mini F56 JCW for sale with a supercar dealer in Lincoln, in immaculate condition and presumably having arrived via a part-exchange deal. The previous owner had clearly had a keen eye for detail and a decent knowledge of how to take one of these outstanding cars as a base and make it even better.

As advertised, the modified Mini F56 JCW was boasting Nitron R1 suspension, a Quaife limited-slip differential, the aforementioned Team Dynamics wheels, a carbon Eventuri induction setup with functional bonnet scoop, and all manner of JCW Pro upgrades including the active exhaust, the body kit with corner splitters, and the extended carbon roof spoiler. 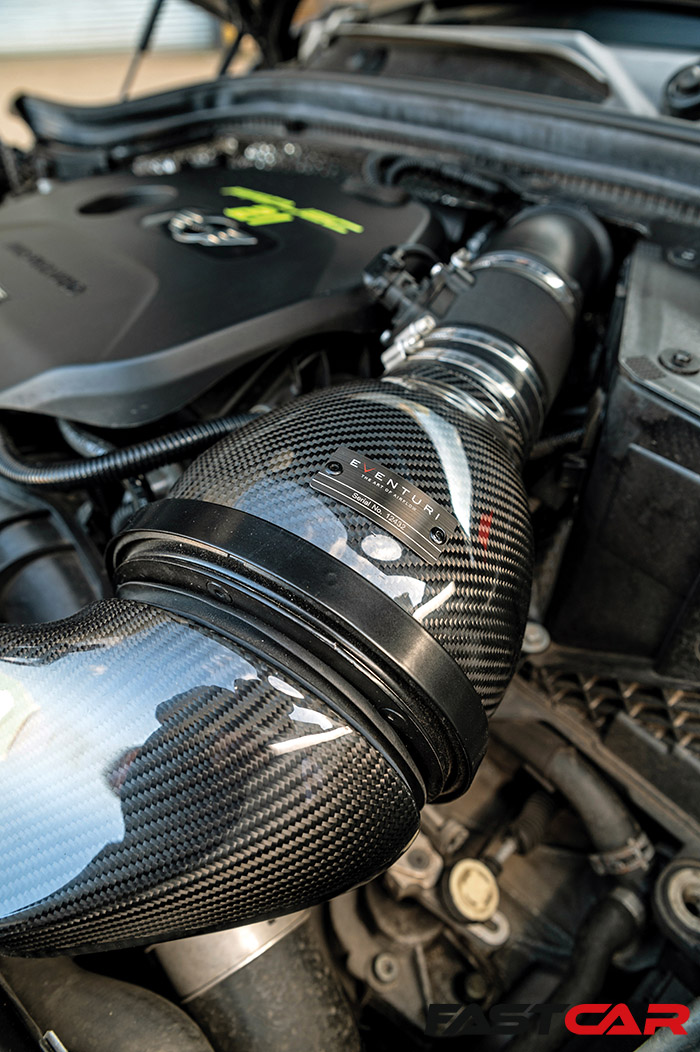 The Eventuri system is particularly noteworthy, as it’s a beautifully engineered setup. Working to their own ‘Complete System’ principles, it’s a sealed system that ensures the turbo isn’t drawing hot air from within the engine bay but instead hijacks the bonnet scoop to suck in lovely cold air and ram it into the intake. The duct itself is much bigger than the OEM item and also pulls in air from the standard location above the radiator. Combining the sealed system with the functional scoop gives you much lower intake temps and eliminates heat soak – and of course, it’s all finished in glossy carbon fibre, so it looks pretty badass, too. Win-win.

In addition to all of these cunning mods, the brakes had been treated to EBC discs and pads, there was a Forge short-shift, and a thorough poly bushing with Powerflex hardware had been carried out throughout the chassis. An interesting addition is the ‘Big Pair’ chassis braces from Cravenspeed, which comprises a duo of extremely rigid heavy-duty replacements for the OEM chassis braces. It’s a little-known fact about the F56 that replacing the cheap and flimsy factory items with these much more hardcore braces (which are simultaneously super-stiff and very light) can work wonders for the handling characteristics. Coupling this with all of that race-derived bushing and the high-end Nitron suspension has resulted in a Mini whose handling is utterly sublime. 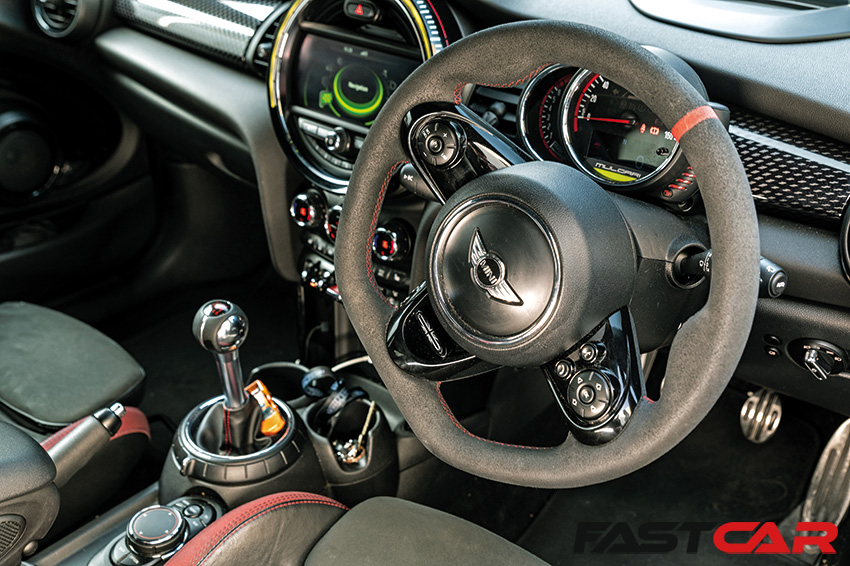 Crucially, the motor had also been treated to a Mulgari Stage 1 tune, and it’s this detail that helped to inform the next stage of the build under Sophie’s tenure. “My goal was always to work up to a JCW, but I didn’t expect it to come so soon,” she laughs. “Right away, I wanted to put my stamp on the car, so what better way than to partner up with Mulgari? I was toying with the idea of wrapping the whole car a different colour, or perhaps instead focusing on accents. We had various meetings and brainstorms together and finalised everything in August 2021, and it was then booked for October and completed shortly afterwards.” 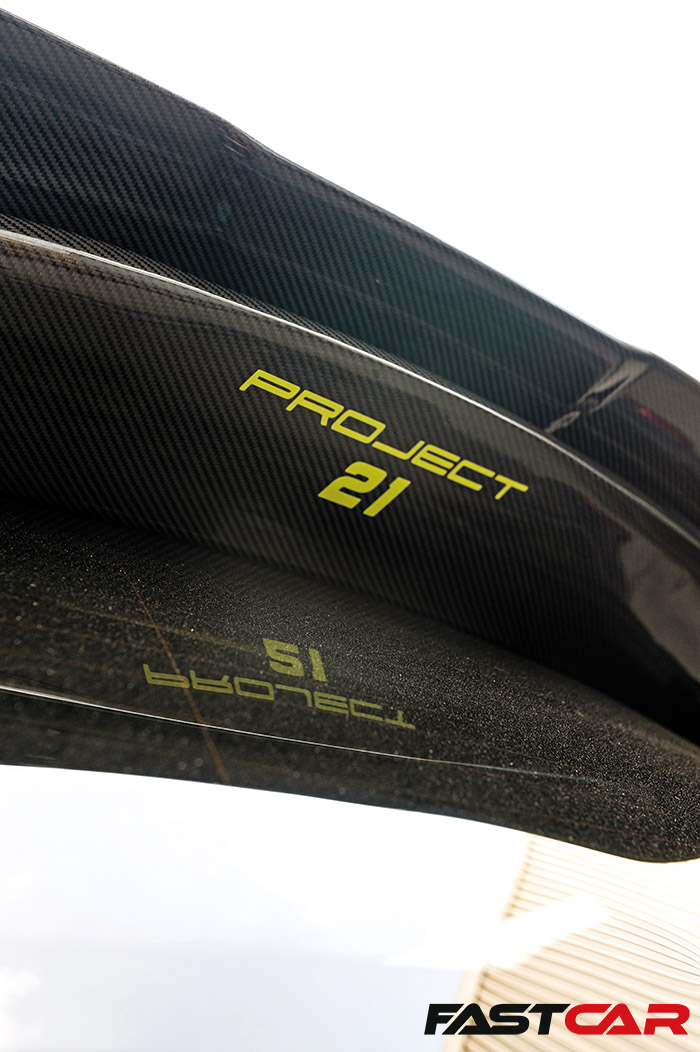 The upshot of all of these in-depth discussions was to maintain the character of the car and focus on the details, accenting the moody Thunder grey coachwork with highlights in a special-mix shade known (pleasingly literally) as Lime Green Mulgari. “Darren at Mulgari had a few surprises for me when I collected the car,” Sophie smiles, “as the plan we’d worked out was to only focus on personalising the exterior for the time being, with the interior being the next phase of the plan for a later date. However, there’s a Lime Green Mulgari cover, which has replaced the John Cooper Works logo on the speedo control, and also a Project 21/Mulgari logo on the centre speaker cover.” These tasteful bespoke touches neatly complement the upgrades to the body, artfully splashing acid green about the place to break up the Thunder grey with its shadowlined trim. “I particularly like the green brake calipers,” Sophie enthuses, “although I did have to paint the outside of the Yellowstuff pads black so that they wouldn’t clash!” 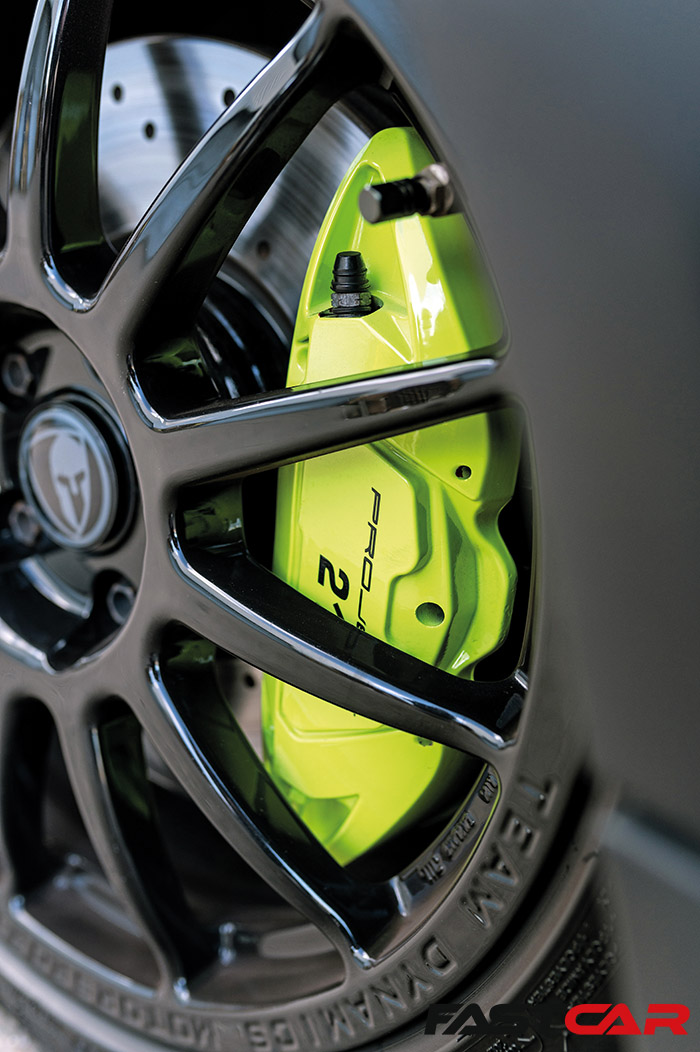 Thoughts are now turning to the next stage of development as Sophie seeks to evolve the modified Mini F56 JCW into something ever more personal. The exterior can be considered complete for now, although a wheel change has been gently mooted: while she loves the Team Dynamics rims, her head has been turned by OZ Racing… before that, however, it’ll be back to Mulgari for a full cabin revamp to work hand-in-hand with the work that’s already been done.

The car may have been acquired pre-modded, but Sophie’s on a fervent campaign to truly make the car her own. It’s a matter of familial pride, you see – with Minis so firmly established as a central tenet of family life, there’s a huge amount of passion tied up in this project. It’s about power and poise and style, for sure, but it’s also about family. 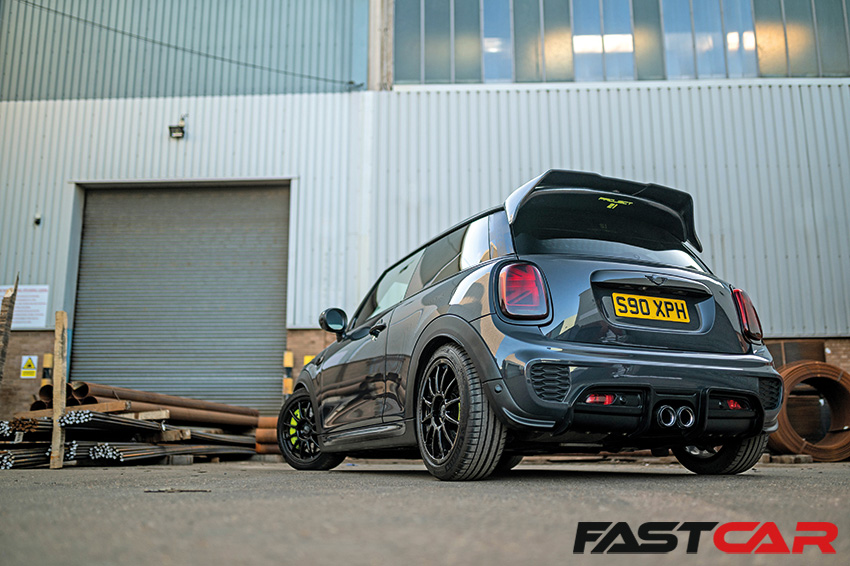