Built to push the limits of EcoBoost tuning, this modified Ford Fiesta ST Mk7 is now the UK’s most powerful ST180.

We’re eternally thankful there are people who are willing to push boundaries when it comes to tuning. It’s undoubtedly helped support Ford’s legendary brand for many years, and we’re glad to see it’s still occurring.

The owner of this modified Ford Fiesta Mk7 is Craig Howard, and he’s one of those people willing to go that bit further; with the help of Sitech Racing he’s turned his ST180 into the most powerful in the UK. Boasting over 500bhp, this pocket rocket runs a setup unlike any other to ensure it’s equally at home on the road, race track or drag strip. 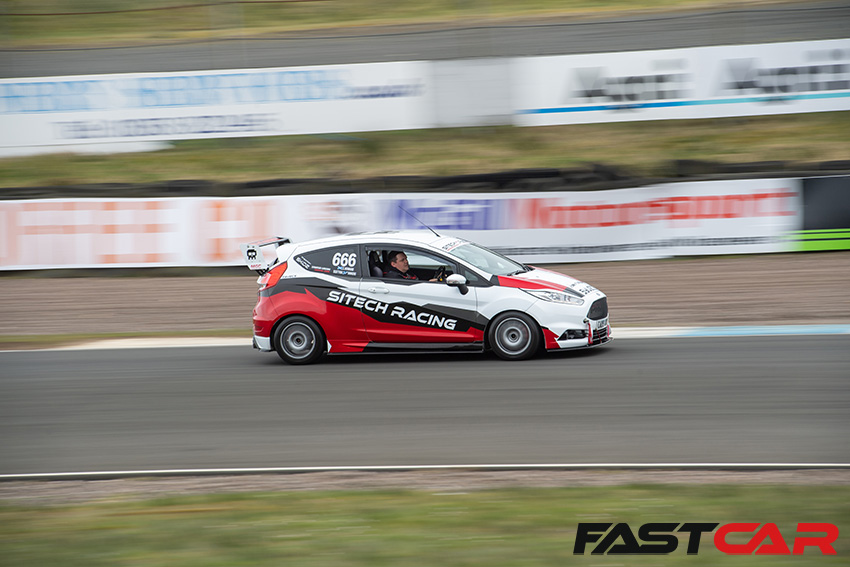 This isn’t the first time Craig has appeared in Fast Ford magazine, as you may remember his car from the last feature back in April 2021. To bring us up to speed, Craig bought the car in 2019 as a completely standard example and wasted no time making relatively small changes, such as an exhaust, induction kit and a remap. But over the next two years it was transformed into a monster, pushing over 400bhp through the standard engine.

Even then, Craig was chasing a 500bhp figure with his modified Ford Fiesta Mk7 using the same engine combo, but that didn’t quite go to plan.

He groans, “Since my last feature the 405bhp engine on the stock internals blew up in spectacular fashion. The old engine let go after around 8000 miles, sending a rod through the front and back of the block. You could literally see through it, and the metal pinging under the chassis sounded like I had won the jackpot on a fruit machine.” 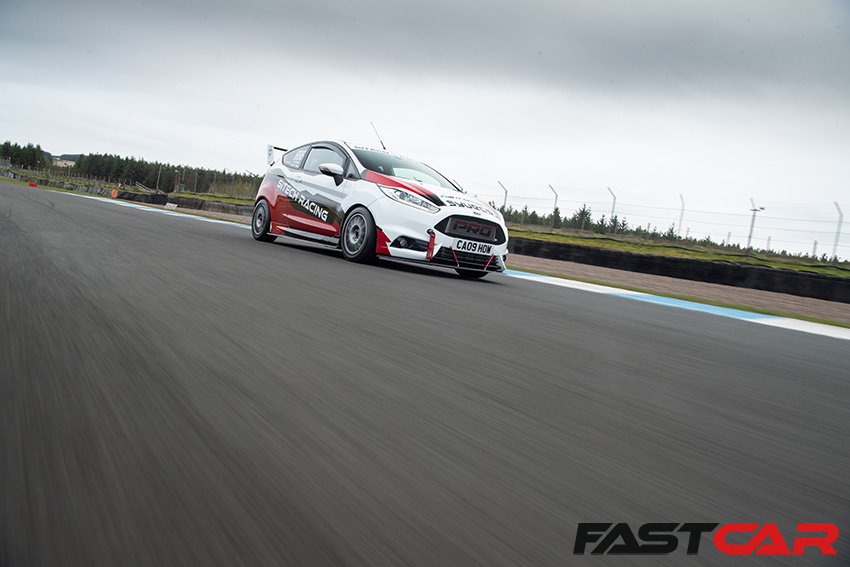 Pushing over 400bhp from relatively simple modifications was a hugely impressive feat and highlighted there was much more to come with stronger internals, which shaped the direction for the new build.

Craig explains, “I was amazed so few modifications made such a big difference to the power and feel of the car that it made me think where I could get this to, and ultimately wanting to build the most powerful modified Ford Fiesta Mk7 ST in the country.”

With a clear goal in mind, the new engine would raise the bar for EcoBoost tuning, and boldly venturing where no one had been before meant it was important to approach the task in the right way. That meant carefully selecting the right specification, choosing the best parts for the job and having a trusted team on board. 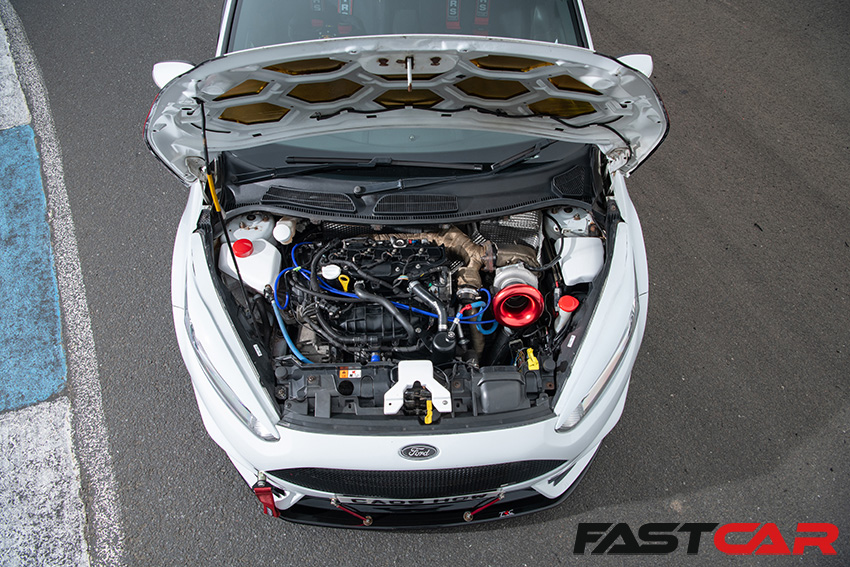 Craig says, “Everything has been done by Sitech Racing. It’s down to them and their direction that made it possible. I have full trust in what they advised, and they developed and fabricated various custom parts for the build. The development and hours they put into the project, together with their knowledge and skill, are unreal.”

The new build centres around a 1.6-litre, linered block fitted with a girdle for improved strength, along with custom pistons, steel rods and a heavily reworked head. With a huge Pulsar PTX3071 turbo to deliver the boost, and plenty of tricks for cooling and heat management, the result so far is an insane 521bhp and 342lb.ft of torque, meaning Craig firmly accomplished his aim. 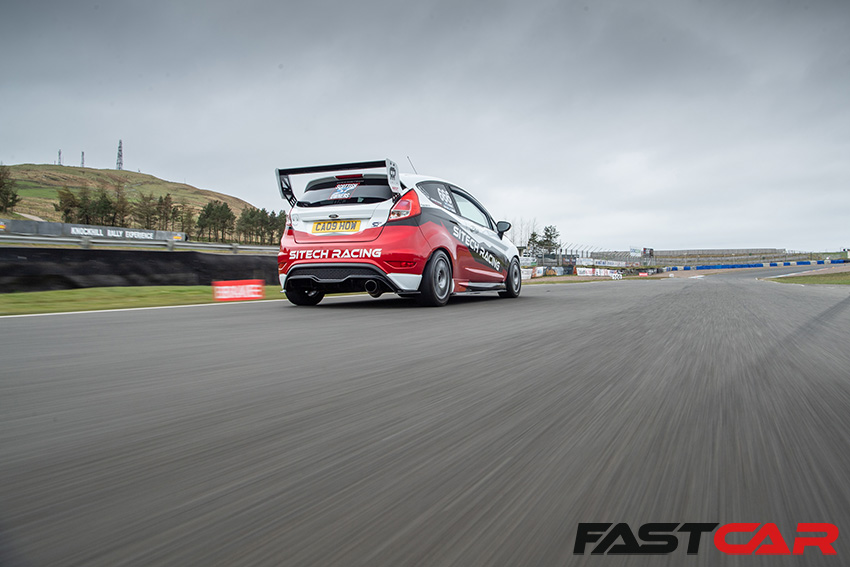 He beams, “It was a big target to aim for, and I wasn’t going to stop until we did it. We are really pushing the boundaries here and these are new limits, but Simon and Nik developed the car meticulously, looking at what did and didn’t work to ensure the car got to this point without any problems.”

Since the old engine’s demise, it’s taken just seven months to get it to where it is. Yet Craig reports there’s still more to come, as it’s constantly developing. That largely relates to the ECU calibration, as one of the biggest changes to the car was the management. It now runs a Syvecs setup, which allows easier control over the engine. 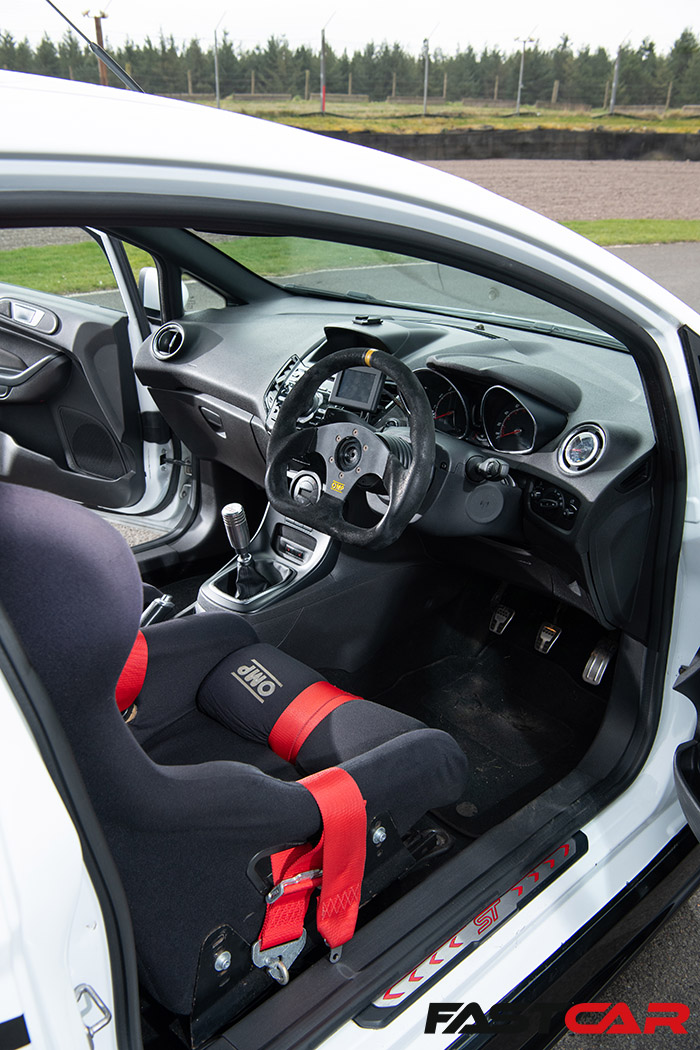 It was well worth it, according to Craig: “It’s been a game changer as it’s customisable in every aspect. The anti-lag, launch control and flat shift are epic; it’s really unlocked the car’s full potential. There is so much that you can do with it, but it takes time to get the very best results and the car has been built with obtaining a few records in mind.”

The ECU has also helped make the car more usable and is part of the reason why, despite the large gains since the last build, it’s still very driveable. 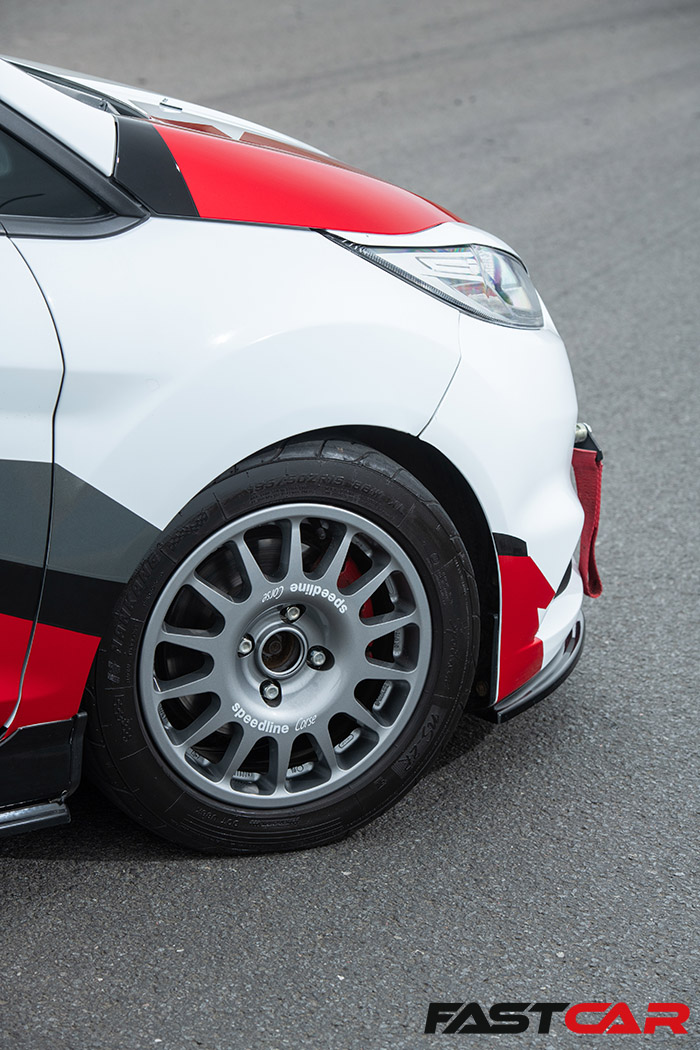 Craig confirms, “It’s night and day different with the new setup. The response for such a big turbo was a concern but it spools just as quick as the last setup and hits harder all the way to 8000rpm. I have had some mega-powered cars in my life, but this is like nothing else. You really must have your wits about you when you stab the accelerator.”

In his last feature Craig revealed his plans for the future, which included venturing out on track days and improving the suspension, all of which he’s ticked off. Now fitted with a set of coilovers, the exterior has also seen a makeover, having gone from a simple sleeper to a bolder look, thanks largely to the wrap. 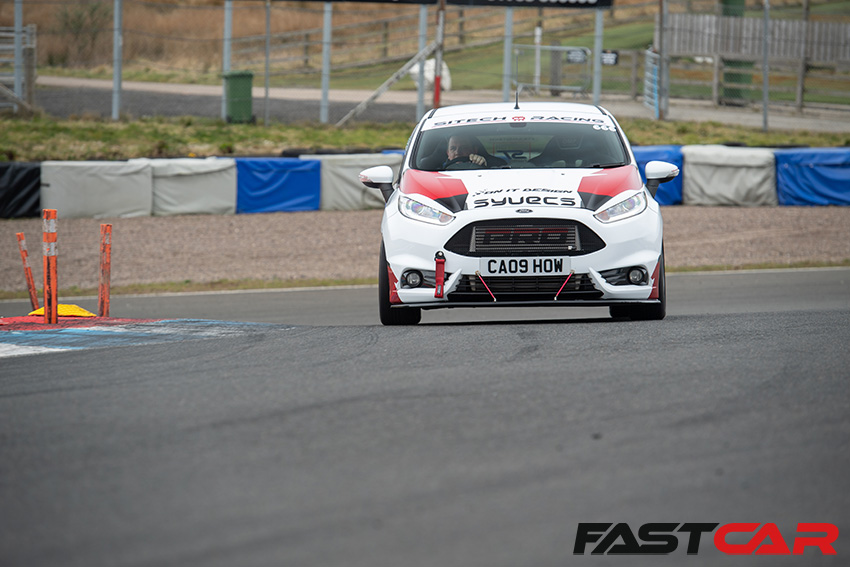 He says, “I managed to get a few track days in at Knockhill and at Ford Fair last year, and it goes great on track. The car has also changed a lot in the way it looks, as it’s now cared for and sponsored by Sitech Racing.”

There are only a few changes in mind for the current build, including a custom plenum to allow more flow, along with a larger throttle body from a Focus RS. There’s also talk of adding water meth injection as a cooling aid, but that’s all relatively minor considering the larger plans on the horizon for the next phase of the build. 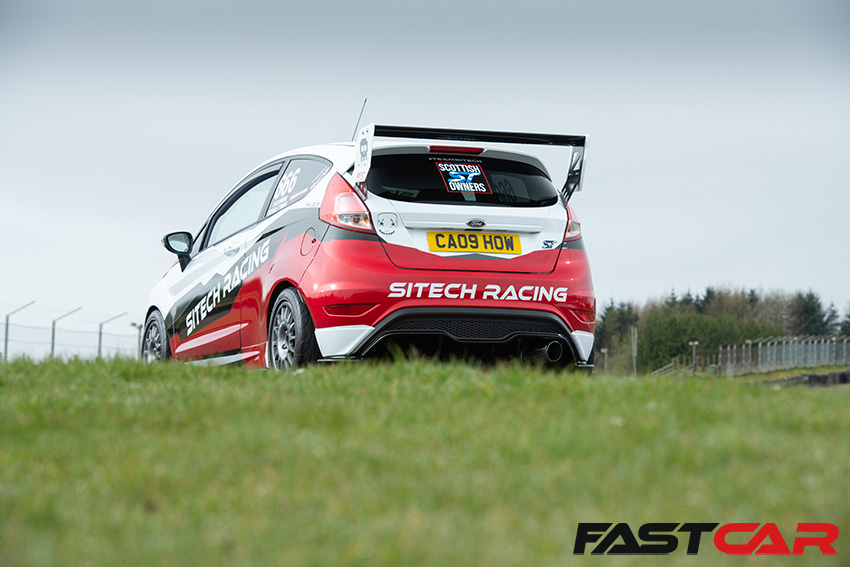 “Now I have achieved what I wanted, I have a really wild idea in mind for next year, which includes a bigger displacement engine, four-wheel drive and a four-figure brake horsepower figure, but that’s all you are getting for now,” he reveals.

We know Craig is one of those people who likes to push boundaries, so when he tells us something like that, we can be sure to see him again in Fast Ford.