We all love a pizza night here, and when Domino’s manager/part-owner, Stephen McClintock contacted us about his mouth-watering Mk1 Golf complete with a VR6 engine, we just knew we had to have a slice…

Thirty-one-year-old Newberg, Oregon resident, Stephen McClintock never really stood a chance of not being inflicted with the Wolfsburg bug with his older brother’s buying into the marque and influencing him from an early age. “My first car was a 1979 VW rabbit when I was 15. I soon convinced my mom it needed a new motor and a few months later I found and fitted a G60 supercharged engine”. That’s our kind of negotiation! Stephen explained that for daily transport he has largely turned to Ingolstadt, calling upon the trusty services of a B5 S4, a B6 A4 Avant and currently a 2014 B8.5 S4. As the antithesis for his slammed old school dubs, Stephen gets his offroad kicks in a lifted Jeep Wrangler. He explained that modified cars are an escape from the pressures of running a business: “I do it for the passion of cars. I just love doing little adjustments and mods and tinkering, it’s a great way to build friendships, a conversation starter and a great stress reliever”. 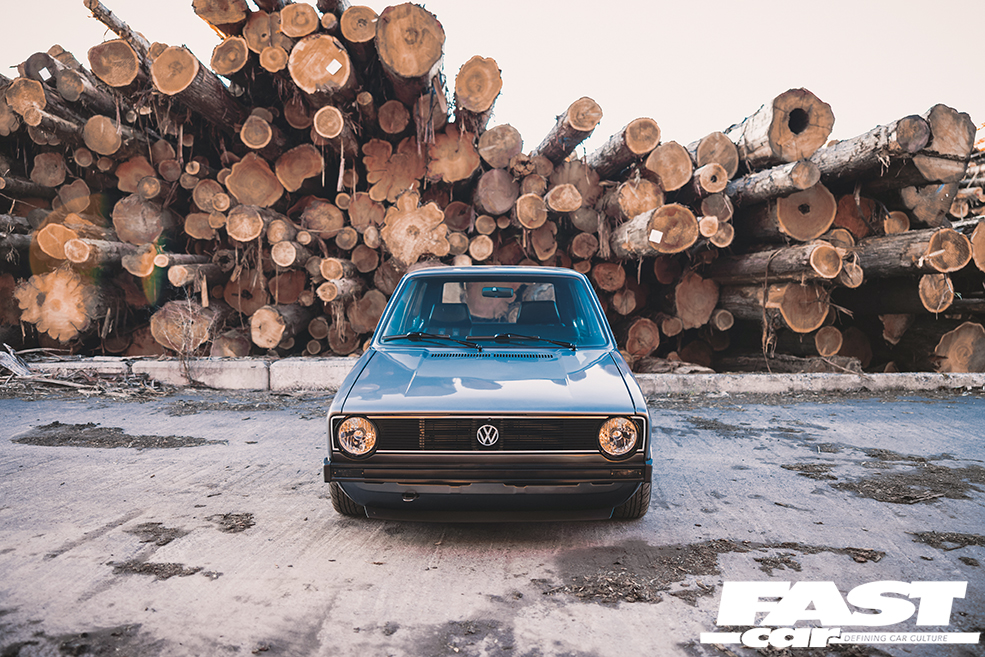 A Mk2 Golf followed that Stephen duly VR6 swapped. He was pleased with the conversion but wanted to carry one out on a Mk1 for an even more impressive power-to-weight ratio. “I wanted something light and fun to drive on a daily basis. I also wanted a car that would appeal to people of all ages. I love talking to random people that approach me and explain that they had one in high school or in period”. The story with this Rabbit started five years ago. It’s a ’79 base car that was brought to Stephen’s attention through a friend. The shell had been stripped down in preparation to convert it into a racecar by the previous owner. It represented a solid but daunting base as the shell was just that, no boxes of bits and a Haynes manual with this purchase. “The bare shell, and by bare shell I mean no nuts, no bolts and no windows, gave me and my wife anxiety on the way home thinking we were in over our heads!”. The deciding factor was that it was a bargain 500 bucks. The benefit of this is that it provided Stephen with a clean sheet for his build and forced him to glean knowledge from friends and professionals to turn the vast majority of the work around himself in a timely fashion. Federal friendly Rabbit side marker holes were welded up and the engine bay smoothed with a minimal and classy decluttered finished article in his sights. The story of Stephen’s Rabbit is a familiar one in that it was never supposed to be this good. “I just wanted to do a VR6 swap and be done with it but as I spent more time with the car, I realised the Mars red paint was worse than I had first thought whilst I was buffing it. The next day I started sanding most of the car down to the metal. I used the bodywork skills I had acquired by doing my Mk2 and a lot of advice from friends that I’m eternally grateful for. I did my own bodywork, primer and prep but I farmed out the paint to a local shop, Marshalls. The car came back looking great in the Atlas Grey metallic, providing the inspiration to finish the project off as I just couldn’t wait to get it on the road”.

Glass and seals were carefully fitted to the freshly painted car as soon as it was put in Stephen’s garage. He then turned pirate and hit up friends for their parts stashes and scoured the scrap yards and forums for treasure. His swashbuckling bore fruit as you can see in the details of this trusty vessel. Once the majority of the component parts were in place, Stephen was able to turn his attention to building up the motor. This features all the goodies you’d want on an NA 2.8 12V VR6. Tectonics feature heavily and their 276 cams with uprated springs, chip and exhaust were all used. Eurowise headers and a custom short runner intake fabricated by Justin McDonald at NubWorks add to the mix. The block remains stock and the head was rebuilt whilst the engine was split. A 02A CCM transmission with  Peloquin LSD and 10lb lightweight flywheel look after shifting duties. A wire tuck ensures that the ‘bay looks tidy. Stephen reports an impressive 210 WHP which is backed up by a healthy 13.5 seconds at 105mph quarter mile printout. Not shy, especially on street tyres. “It’s fast but nice to cruise around in. I can drive it to shows or the strip, race it and get groceries on the way home. I love it.” 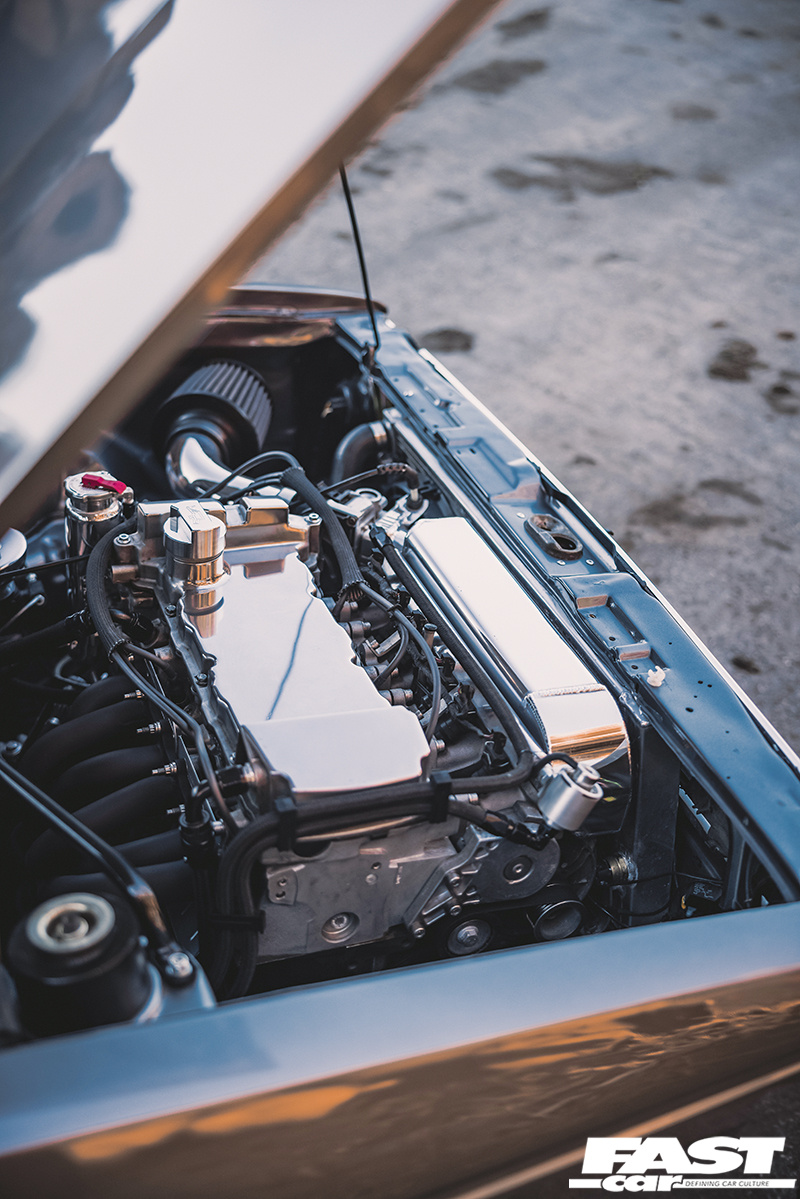 The Mk1 Golf VR6 sits perfectly over those gorgeous wheels. This is thanks to Solo-Werks coilovers with a custom spring rate up front to allow for the heft of the six-banger. Autotech upper and lower strut bars front and rear keep things taut. Those BBS RS, of course, deserve a special mention. Stephen front faced mounted the centres using gold BBS bolts. They measure up a purposeful but useable 7×16 (front) and 7.5 (rear) and suit the car perfectly. 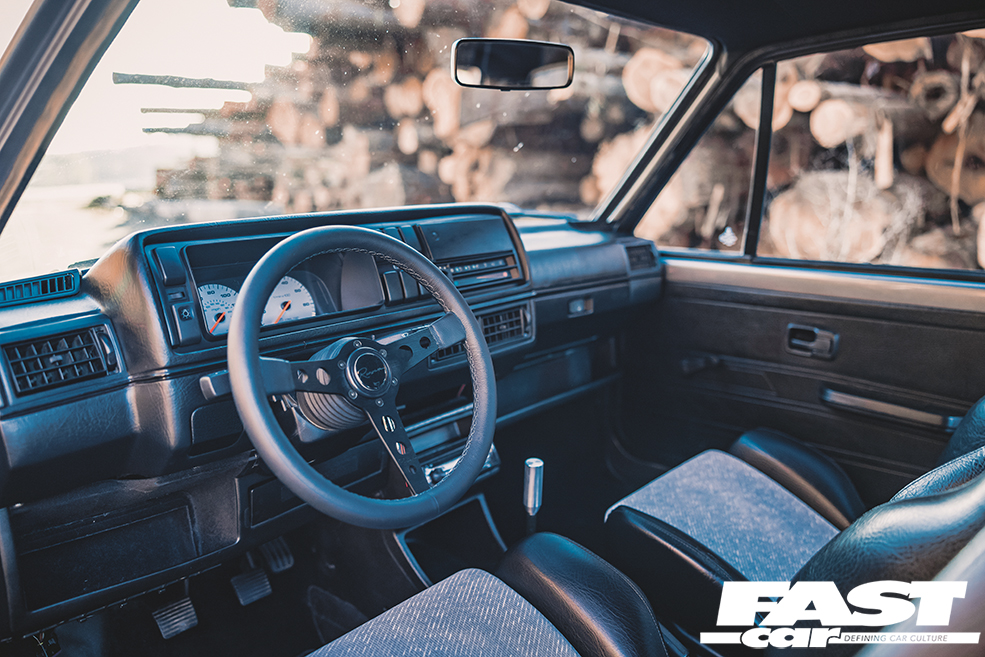 We rarely see a Mk2 dash conversion in a Mk1 these days but it looks at home with the Recaro Trophy seats and the Renown Monaco steering wheel. Black headlining, rear bench delete with carpeted rear deck, a relocated battery in Moroso safety box, harness bar and Schroth harnesses complete the sparse but well thought out and classy interior. The aforementioned sidelight delete, small Mk1 Golf bumpers and CL arch spats give the car a clean Euro look whilst the Rabbit badging acts as a nod to the car’s starting point. Stephen wanted to create a subtle car but have details that enthusiasts would appreciate. It’s certainly one of those cars you would spend a while with, drinking in all the details at a show. Who clocked the ‘postal’ rear lights (devoid of the white reversing lenses) and the clean non-defrost rear screen? 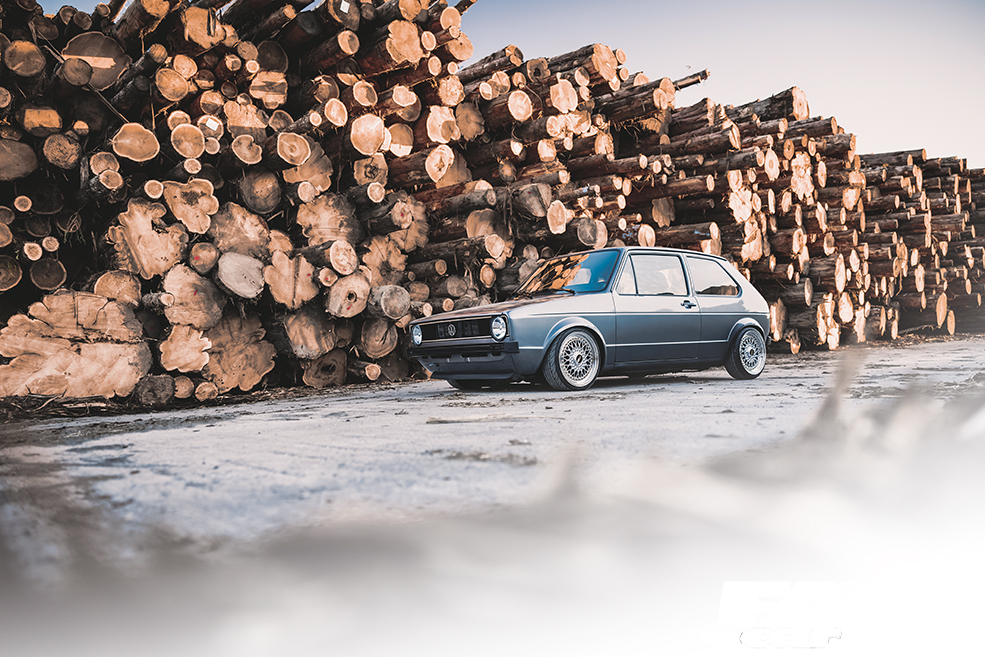 Building up a car like this Mk1 Golf VR6 from a bare shell is not for the faint-hearted. For some, the effort can be somewhat of a wrench (pun absolutely intended, you’re welcome). Thankfully, Stephen is not that guy: “The hardest part of the build was all the time I had to dedicate to it and having to find every nut and bolt due to the bare-bones starting point. Maybe second to that would be the bodywork and the wiring. They took up the bulk of the time. However, I would do it again, for sure. The people I have met because of the car and the build has been worth it in itself. I did everything I wanted to do with this Mk1 and I am happy with it. I wouldn’t change a thing”. 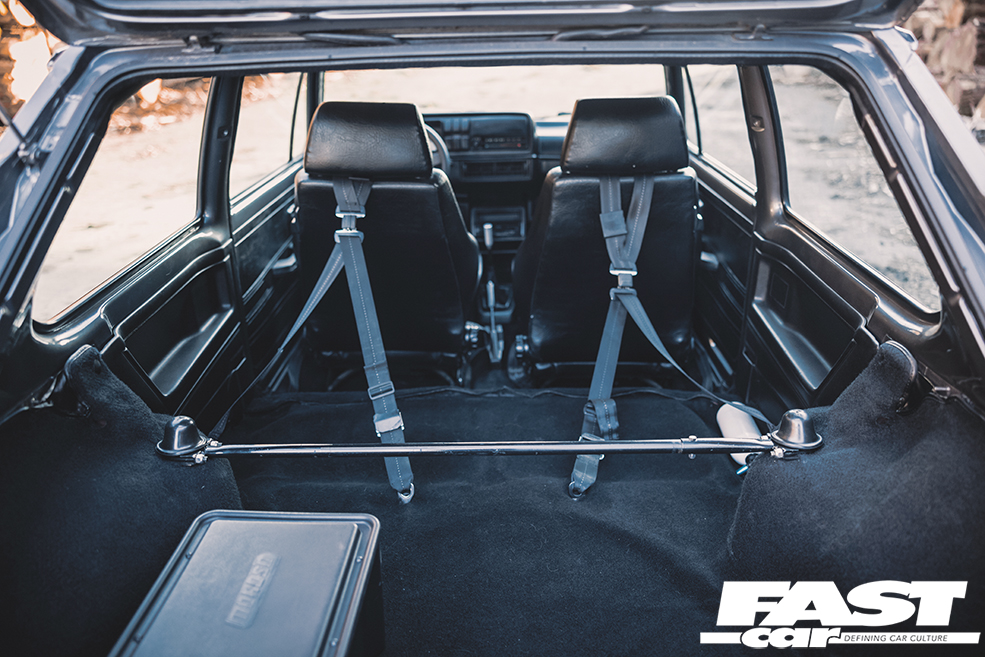 Time on the drag strip has got Stephen thinking about 10-second passes and with talk of a turbo or nitrous on the Mk1 Golf VR6 and a built Mk2 VRT or RS3 as future projects, we very much doubt whether this will be the last we see of him. If he selects the all-important ingredients as well as he has for this Mk1, we’ll certainly be back for seconds. As for where PVW sits on the controversial topic of pineapple on a pizza… Hawaiian is a classic. We’ve always got time for a classic. 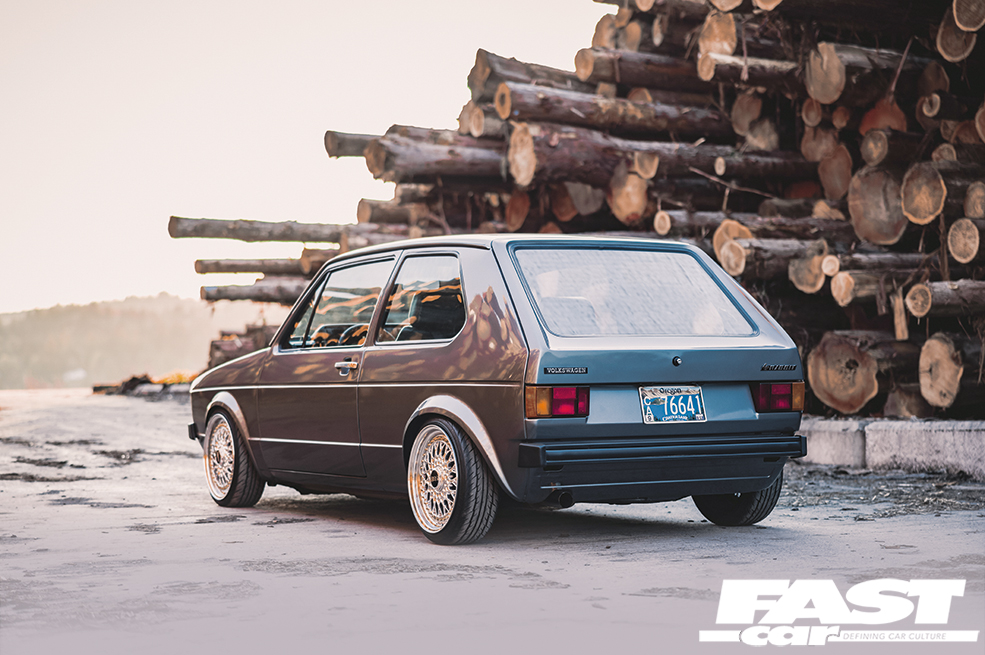