Now considered a modern classic, the Mini R50 One and Cooper still look great, are well made, fun to drive, and will never be cheaper. Here’s what you need to know before buying one.

How do you replace a car that’s been on sale for four decades? That was the headache facing Rover, especially when BMW took the helm in 1994. Concepts debuting in 1997 kept classic Mini fans guessing, but as it turns out, these were all designs rejected before the final Frank Stephenson-styled model. That model, or the R50 Mini as we now know it, finally made its debut at the Frankfurt Motor Show in September of that same year. However, with Rover’s sale to the Phoenix consortium, BMW keeping the Mini brand and production moving from Longbridge in Birmingham, to Cowley in Oxford, it took a further four years for the new Mini R50 to be revealed in production form.

Buyers continue to be attracted by the new Mini’s mixture of cheeky but sympathetic styling, quality build, impressive safety features, low running costs and whether you choose the One or Cooper, both are great fun to drive. 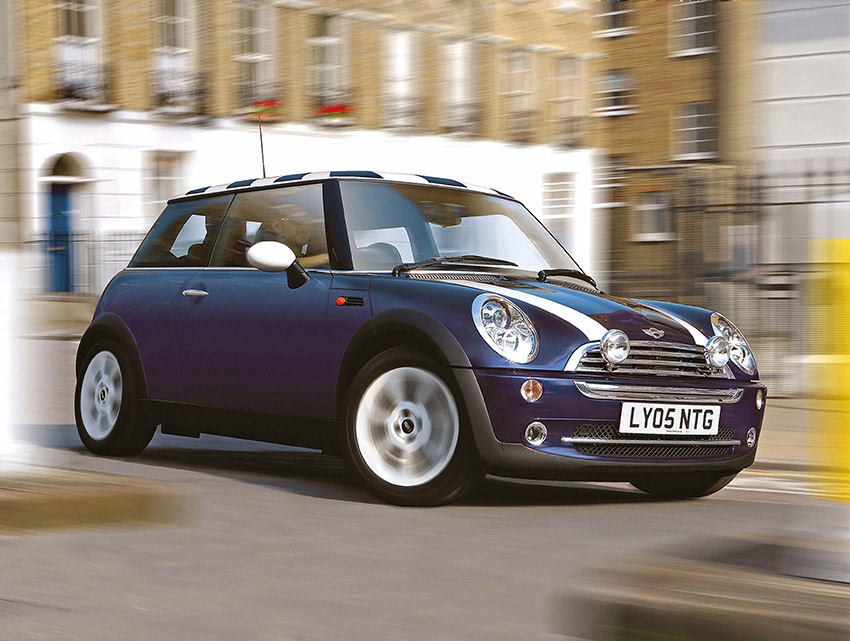 Brief history of the Mini R50

Autumn 2004 saw the Mini R50 get its mid-life facelift or LCI (Life Cycle Impulse in BMW language), with trim changes, new colours and more options. You’ll spot a facelifted R50 One or Cooper by brighter new front and rear lights, alloy wheels, plus exterior and interior tweaks. The most significant change was the fitment of a stronger, more reliable Getrag five-speed gearbox, replacing the previous, problematic Rover-derived R65 or Midlands five-speed gearbox. Production of the first-generation Mini R50 eventually stopped in 2006, after 130,000 had been sold in the UK alone.

Your choices come down to whether you want more power, the performance parts and the iconic Cooper name on the boot. Obviously, it’s all about your budget and personal preference, but we’d be choosing the newest Cooper, with the most optional equipment we could find. The Cooper offers the same level of practicality as the One, but the sportier looks with more chrome and the (optional) contrasting roof, plus extra performance and keener set-up is our favourite.

The cheapest Mini R50 Ones start at about £300, with around 150,000 miles, but many have issues or are Categorised write-offs, so we’d advise spending a bit more. £1000 upwards is where you’ll find the better, lower mileage 2002-2004 Coopers and Ones, but you’ll need at least £1500 for the earliest Y-registration cars, especially the pre-production ‘OBL’ launch cars, first owned by Mini, that are now sought after. £2000-plus is where you’ll find the best 2003 and 2004 Coopers, plus the lowest mileage, lower-spec facelift cars. The lowest mileage, highest spec 05, 55, 06 and 56 plate Minis start at £3000. We’d suggest you buy on condition, specification and colour. Late One, Seven and Cooper Park Lane models in particular are worth searching out. 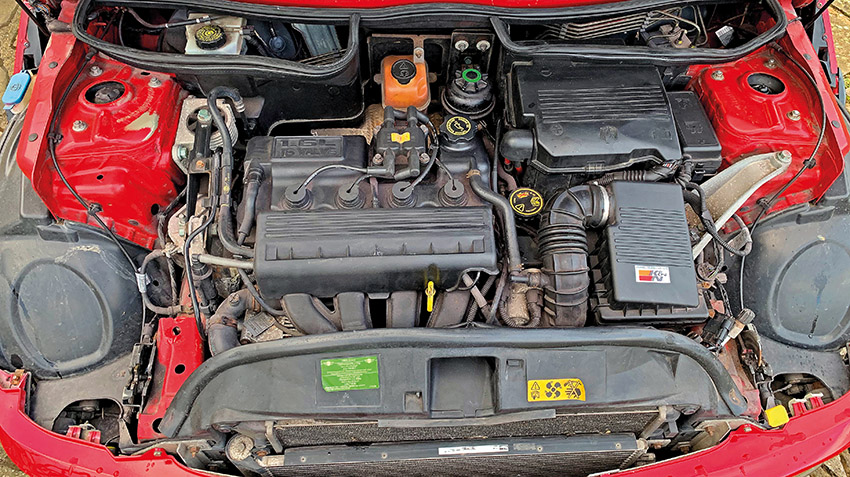 What to look for on the Mini R50 – common problems

Before you start any Mini R50, make sure it’s got plenty of oil in it – head gasket failure isn’t unheard of, and the Tritec engine likes a drink. Plus, the main cooling fan thermostat is a known failure point, causing it to overheat even with the electric fan cutting in. Oil leaks are all too common around the rocker cover, sump and oil filter surrounds, too.

Start it up, then listen for any odd top or bottom rattles. A top-end rattle suggests hydraulic tappet or timing chain tensioner problems. Bottom end noises could suggest the engine has been run low on oil at some point and could suggest the need for a costly rebuild. Also, check the oil-filled engine mount at the side of the engine, it’s prone to failure, and it will be obvious if it has, as oil will have leaked on the front chassis leg.

Another big Mini R50 issue is the R65 Midlands five-speed gearbox that’s fitted to the One and Cooper from launch until the facelift in 2004. Derived from the French unit fitted first in the Rover Metro, sadly, it has a reputation for getting noisy or complete failure. Budget around £500 for a reconditioned replacement fitted at a specialist. Facelift models are fitted with the more reliable, Getrag one — still with five speeds. There’s also the less popular six-speed Steptronic automatic transmission. It is less popular because it’s also a very problematic gearbox, known to fail at low mileage and is not recommended. 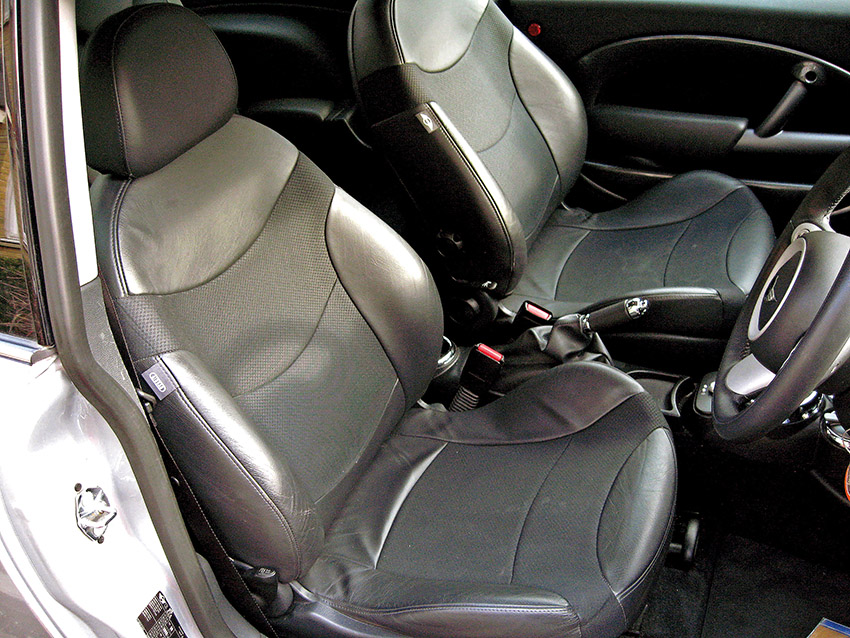 Minis were fitted with standard run-flat tyres, which make the ride hard, especially with the sports suspension. By now, owners will have removed them, but check the condition of the anti-roll bar links, bushes and shock absorbers. Expect interior trim rattles on early cars, especially from the dash top, doors and front seats, although these were improved throughout the life of the car, particularly after the 2004 facelift. Interior plastics also vary in quality, some scratching and marking easily.

Another big problem area of the R50 is the electrics. Is the carpet damp? If it is, there could be a leak from the A-pillar – this is serious as the body control module lives here and if water has been getting in for a while, expect a range of odd electrical faults. Because of the cost, only second-hand body control units are viable and are priced from £40 upwards on auction sites, but you’ll need to recode it to the car, and that could be expensive. Also, when turning the ignition on, watch for the airbag warning light. An MoT failure, it is usually the result of cables being pulled when the seats are moved. Make sure you also check for blown stereo speakers, slow electric window motors and failing central locking. These are all easy fixes, with affordable and readily available second-hand parts.

The standard seats in the Mini R50 lack support, and the sports seats are preferable but expect wear to the side bolsters from the lack of rear space, plus getting in and out. Talking of the front seats, there was an early recall for the front seat mechanism, which could jam in the folding position, so it’s worth checking the front seats fold easily on any prospective purchase. There have also been cases of the roof lining turning into a tent as the original fabric gives up.

Outside, although the build quality and paint are up to BMW standard, the latest R50s are now 15 years old, so watch for lacquer peel on all panels, plus stone chips on the bonnet and windscreen. The doors and rear quarters are most vulnerable to parking damage, so look there next. Also, check for rust on the bottoms of the doors, around the boot handle and the bottom of the rear lights. 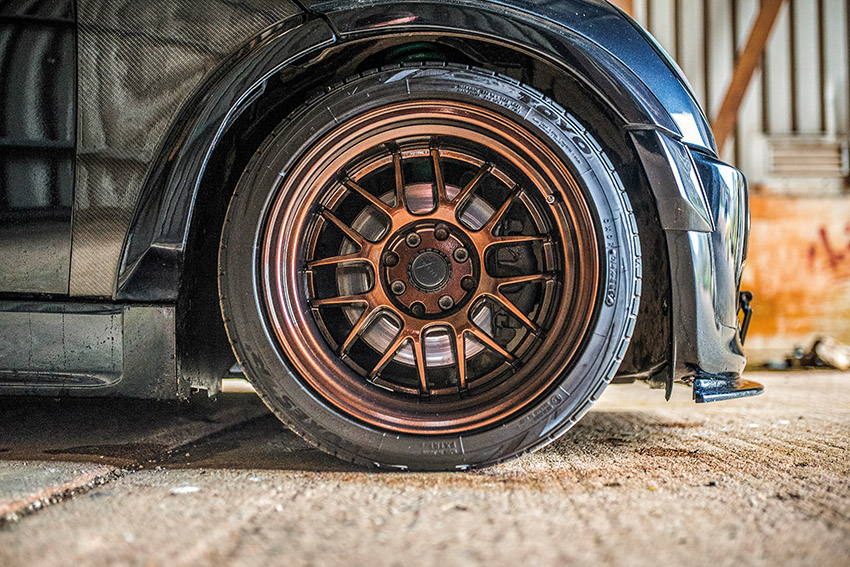 Whether you choose a One or Cooper, even the Cooper’s performance is warm rather than hot. The simplest way to give a One the performance of a Cooper is via a simple remap, like the popular Superchips Bluefin, which on the One can add 33hp for £441. You can go further with the performance of a One and Cooper by adding performance spark plugs and an air filter, with the Cooper’s performance jumping to 130hp. With better sparks and breathing, the next performance upgrade to consider is improving exhaust gas flow. A performance manifold and sports cat are a good combo, but this is not a cheap option at £825 for the Ragazzon one. Standard R50 cat-back exhausts are prone to rot, so even if you don’t go for the performance manifold and cat, an upgrade is a simple option to improve the noise and mid-range torque, and a Milltek Sport replacement costs £442.

The R53 Cooper S’s six-speed manual Getrag gearbox is much stronger than the weak Midlands five-speeder fitted to the Cooper, and is a logical replacement and upgrade, plus you can fit a short-shift kit like the Coolerworx one, too. The R50’s precise steering and entertaining handling, more than make up for the lack of performance when compared to the R53 Cooper S, the result of MacPherson struts, coil springs, an anti-roll bar and of course, the rear Z-axle. 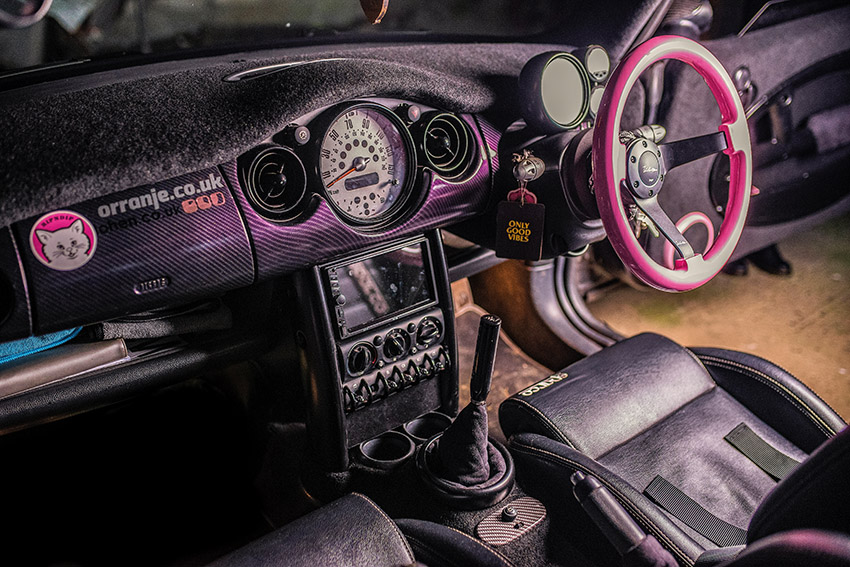 However, the handling can be further improved, and uprating the suspension is popular, not surprising when cheap lowering springs can be bought for less than £100. If you want to go further, a set of coilovers is where you need to spend your cash, and a decent set will set you back around £800.

Finally, although stiff, the Mini R50 body shell can be made stiffer with a strut brace and thus make the already excellent handling even sharper. An OMP strut brace costs just £125.

The standard all-around vented disc brake setup is more than a match for an R50’s performance, but even an upgrade to a set of performance brake pads can make a difference. Elsewhere, a wheel and tyre upgrade can really change the look of an R50, but be careful what OEM wheels you choose if you go down that route as some are heavy.

As for body styling, small changes such as fitting a Cooper S rear spoiler, or side skirts can subtly change the look of an R50. Mini’s own body kit – the Aero kit – looks good too, if you can find one that’s in good condition and not extortionately expensive. If you’re going for an Aero kit, an R53 Cooper S bonnet with the letterbox vent provides welcome extra breathing. Bringing things bang up to date, an Orranje G-Wing always looks good on the back of any first-generation Mini, along with a wide-arch kit. 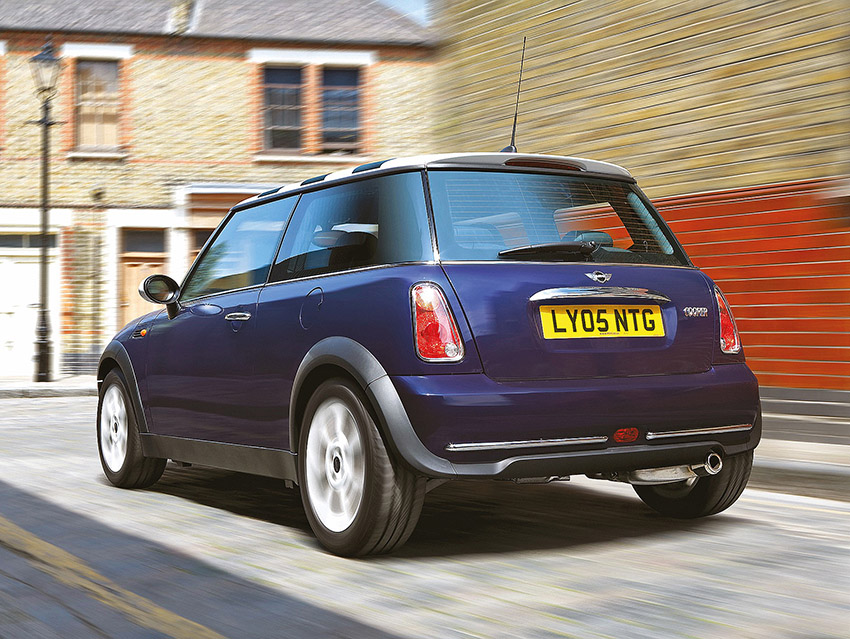 With the earliest Mini R50 prices on the up, thanks to their collectors status, we can’t imagine the best R50 Minis will stay as cheap as they are at the moment, so there’s never been a better time to buy. Be wary of the problems listed above, but all are easily repaired and are not too costly. A plentiful supply of second-hand parts and breakers means you can keep your R50 Mini running for a small outlay. There are plenty of upgrades for the mechanicals and suspension, too, and even the smallest changes make a difference to the drive. If you’re looking for a still stylish hatch, that’s great to drive and affordable, a Mini R50 is a car you’ll enjoy owning, modified or not.