Alex Nicolaou has won our 2009 MINI Clubman Cooper S! All proceeds from the raffle will be going to CALM, the mental health charity.

Over the past year or so, we’ve given people the chance to win our wonderfully fun MINI Clubman Cooper S. Propelled by a 181hp 1.6-litre turbocharged four-pot, the MINI arrives at 60mph in just 7.5 seconds, so it’s got plenty of punch to keep you entertained. Plus, thanks to that Clubman estate rear end, it’s a surprisingly practical daily driver too. With the seats down, we’ve had a cameraman and all his gear in the back, no problem!

During its time with us, the MINI has been well-loved. A comprehensive restoration programme was undertaken – which you can read about in detail on the Classics World website – and our friends over at Wolfrace helped us kit it out with a fresh set of aftermarket rims.

Mechanically speaking, it leaves us in much better condition than when it arrived, and we certainly think it looks the part too. Not a bad prize then, especially for a raffle that only cost five quid to enter.

In the end, Oxford-based Alex Nicolaou was randomly drawn as the winner. Based just a few minutes away from the factory where our Clubman was built, it was surely meant to be!

With the Clubman’s journey now having come full circle, it’ll take up the dutiful role of being Alex’s day-to-day car alongside his weekend warrior – a 300hp Mazda MX-5, which he apparently traded for a Playstation! 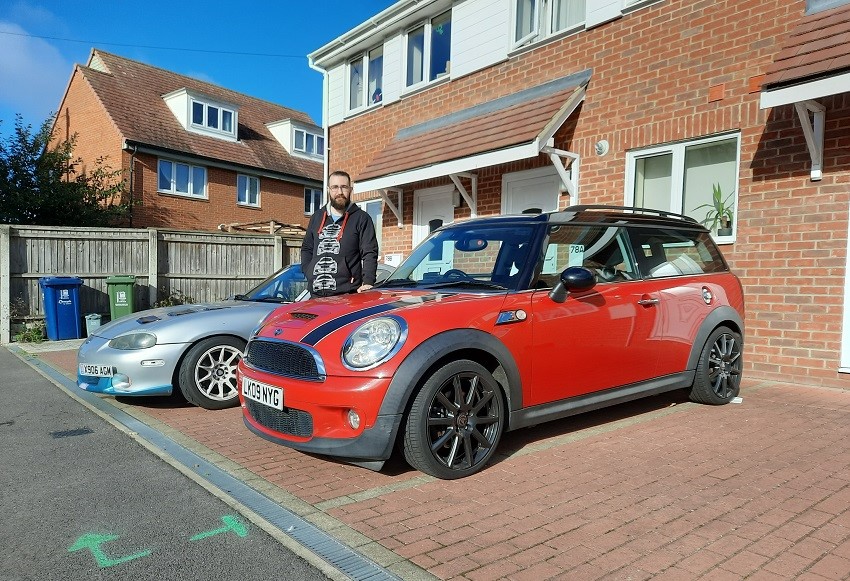 We’d like to thank every single one of you who entered the competition this year, and as promised, the money earned will be heading to a cause far greater than our own. Proceeds from the raffle will make their way to The Campaign Against Living Miserably, or CALM for short.

In the midst of a mental health pandemic, it’s so important that people in strife can turn to charities for help. For that reason, we’re delighted to be able to support CALM’s initiative with your donations, so once again: thank you.

Yesterday (Monday 10th October) was World Mental Health Day, so if you’re reading this and feeling low, take it as a sign. Despite what you may fear, help is out there, free of any judgement or stigma. If everything inside is becoming too much to bear, feel free to visit CALM’s website, or indeed any of the charities listed below. Stay safe, everyone!