Everyone knows about the RX-7’s party piece – its rotary engine. So, here’s seven other bits of Mazda RX-7 trivia that you might not have heard before. 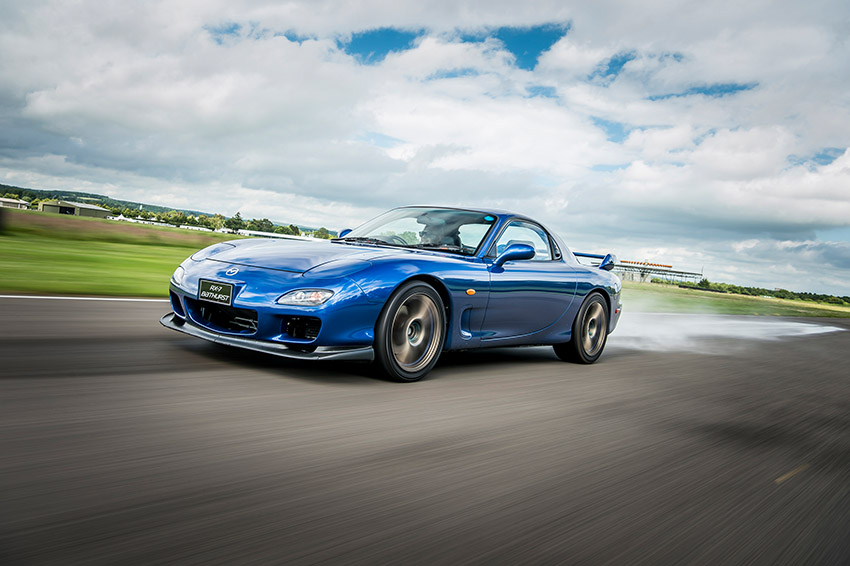 Turbochargers have been used in the car industry for more than fifty years now, but sometimes one turbo just isn’t enough. In that scenario, manufacturers tend to deploy a twin-turbo system, which utilizes a pair of turbochargers, rather than just one. There are a few ways to go about doing this, including the sequential method.

A sequential set-up basically means that one turbo is used at lower RPMs, then at a mid-range point, the second turbocharger kicks in to aid the first one. The ultra-exotic Porsche 959 was the first production car to make use of such technology, but it was Mazda who introduced it within a package that regular people could aspire to own. The third and final generation of RX-7 (the FD) debuted in 1992 with sequential turbos, and as such was the most powerful Mazda RX-7 that the company had ever built – and by a significant margin, too.

The FD wasn’t the only Mazda to get the sequential turbo treatment either. Two years prior, the obscure Eunos Cosmo coupe also got handed an extra injection of boost. So, while the 959 might have been the trailblazer, it was Mazda who brought sequential turbos to the masses. 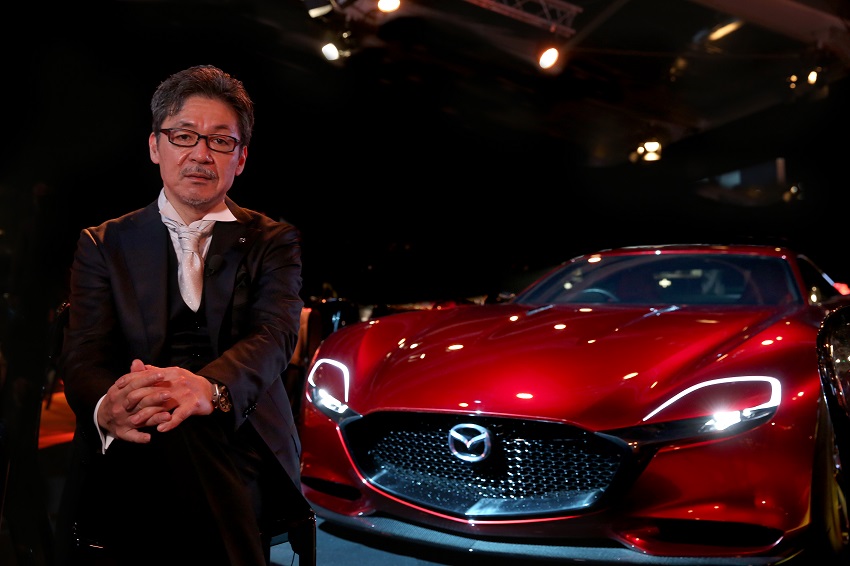 Those of you that aren’t a fan of nepotism, look away now! Back in 1976, a man named Matasaburo Maeda was tasked with designing the very first Mazda RX-7. Often referred to as the SA22, the Mk1 RX-7 had a discreetly svelte silhouette. It was pretty without shouting about it: a car styled by function. At the time, Maeda-san’s son Ikuo would’ve been 17 years old; 19 when the car finally launched. During his adolescence, the younger of the two Maedas says that he remembers frequent visits to his family home from the likes of Giorgetto Giugiaro and Nuccio Bertone. Inevitably, there was only one career path that Ikuo Maeda was ever going to find himself on.

Fast forward a couple of decades, and naturally, Ikuo had become a key member of Mazda’s design team. One day, he came home from work and showed a photograph to his now-retired father. Framed within it was the final concept design of the upcoming Mazda RX-8.

“Oh, it’s rather good,” Matasaburo replied. It was only then that Ikuo revealed to his dad that he had been the one overseeing the RX-8 project from the outset. However you feel about family succession in the workplace, you’ve got to admit that there’s a nice symmetry about this story. Ikuo Maeda remains key to Mazda’s design philosophy in the present day, but has a far more ‘emotive’ approach to styling compared to his function-focused father. 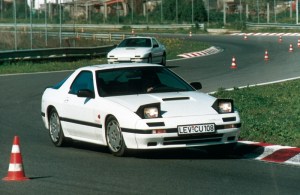 It’s easy to see the design lineage between the Mk1 and Mk2 (FC) RX-7s. At the end of the day, both are wedge-shaped, two-door coupes. However, Mazda themselves admit that the inspiration for the FC’s new look didn’t just come from its predecessor.

At the time, every foreign marque was attempting to crack the American market, and one brand that had been doing so with great success was Porsche. As a result, Mazda took many core aesthetic elements of the Porsche 924 and put their own twist on them to create the FC RX-7.

Unfortunately, the US-focused approach didn’t help the car from a dynamic point of view. Of the three Mazda RX-7 generations to be built over the years, the FC is easily the ‘softest’ due to it being marketed as more of a GT cruiser than an outright sports car. Thankfully, that identity crisis was put right when the FD came around. 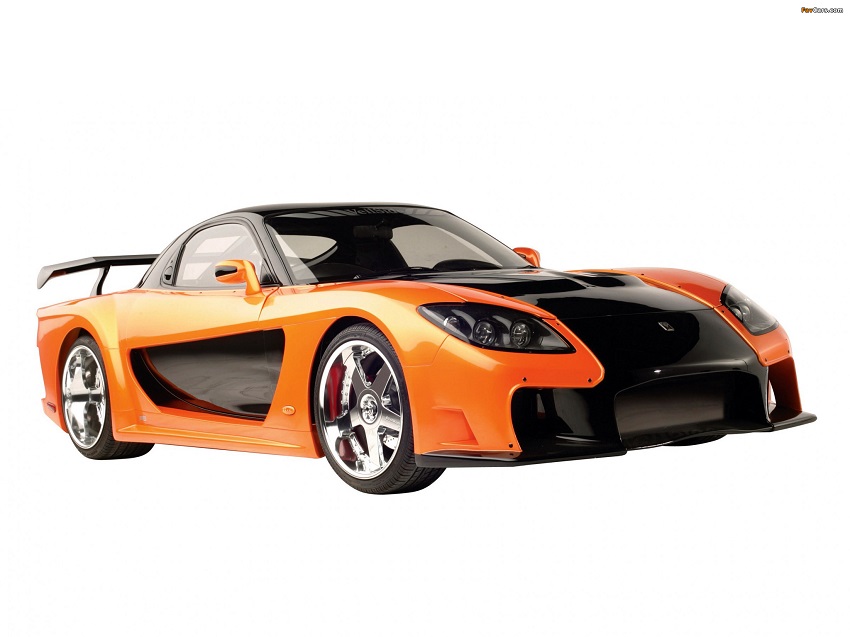 Anyone with a love for modified cars will be familiar with the Fast & Furious franchise, and that means you’ll be familiar with Han’s Mazda RX-7 from Tokyo Drift. It wasn’t the first FD to be featured in the film series – that was Dom Toretto’s red one in the opening movie. However, the orange and black RX-7 in Tokyo Drift is the one that we all remember, whether it be for its crazy Veilside body kit, or deep-rooted connection to one of the series’ most adored characters.

However, the FD RX-7 wasn’t just a drifting icon on the silver screen. As it turns out, it was also a pretty formidable sideways weapon in reality.

Three years before Tokyo Drift was shown in cinemas around the world, a driver named Youichi Imamura claimed the prestigious D1 GP championship behind the wheel of an FD. That title would be the first of four for Imamura, marking him out as the most successful drifter in D1 GP history.

If you’re unfamiliar with D1 GP, it’s best described as the Japanese tournament which turned drifting into not only a professional sport, but also an internationally recognised ‘subculture’ within the modified car scene. It’s still going today (in fact, you can watch it on YouTube), but championships such as Formula Drift often get more attention.

Anyway, the point is that the Mazda RX-7’s reputation as a solid drift car isn’t just based around a work of fiction. Like the Nissan Silvia S15, the FD RX-7 was also front and centre when drifting began to boom in popularity. 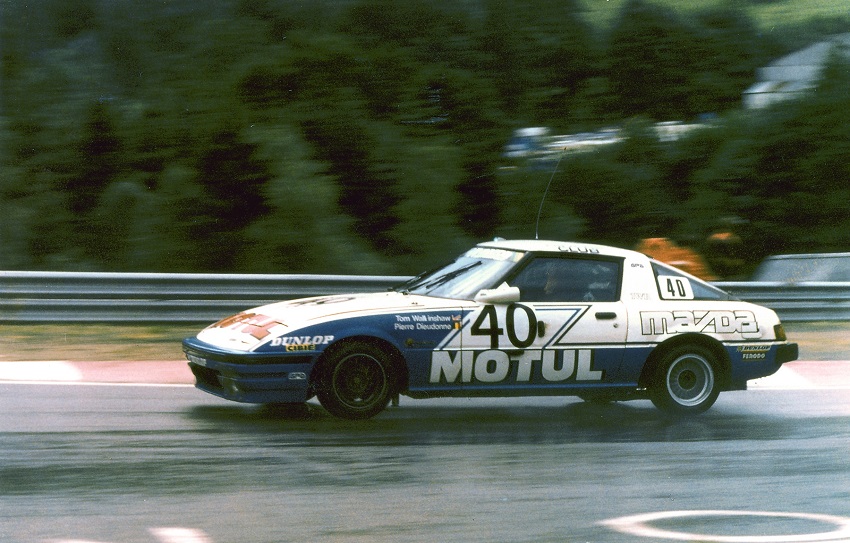 On top of the drifting antics, the Mazda RX-7 also happened to be pretty good at gripping its way around the world’s race circuits. Starting with the SA22, the Mk1 RX-7 did a lot of work to solidify the car’s international sporting reputation. Its accolades are numerous, however some stand out more than others.

Win Percy’s brace of British Touring Car Championship titles in 1980 & 1981 spring to mind, as does the car’s outright victory at the 1981 24 Hours of Spa. Tom Walkinshaw Racing prepared the cars on all instances, with Pierre Dieudonne and Walkinshaw himself taking the famous endurance win in Belgium. Not only were these feats impressive, but they also helped Mazda big-time from a PR perspective. By winning at such an elite level, the performances acted as testament to the reliability of the car’s unique rotary engine tech.

The victories didn’t stop with the SA22 either. The US-focused Mk2 FC appeared (albeit heavily modified) in America’s IMSA Sportscar Championship, where it won its class in every year that it competed. That whitewash even spawned a special edition of the FC road car, known as the GTUs.

Somewhat perplexingly, the RX-7’s factory-backed motorsport efforts were scaled back in the 1990s, despite the roadgoing version of the Mk3 FD being the sportiest Mazda RX-7 of them all. That didn’t stop tuning houses such as RE Amemiya using the car in domestic Japanese championships though. In fact, more on that next… 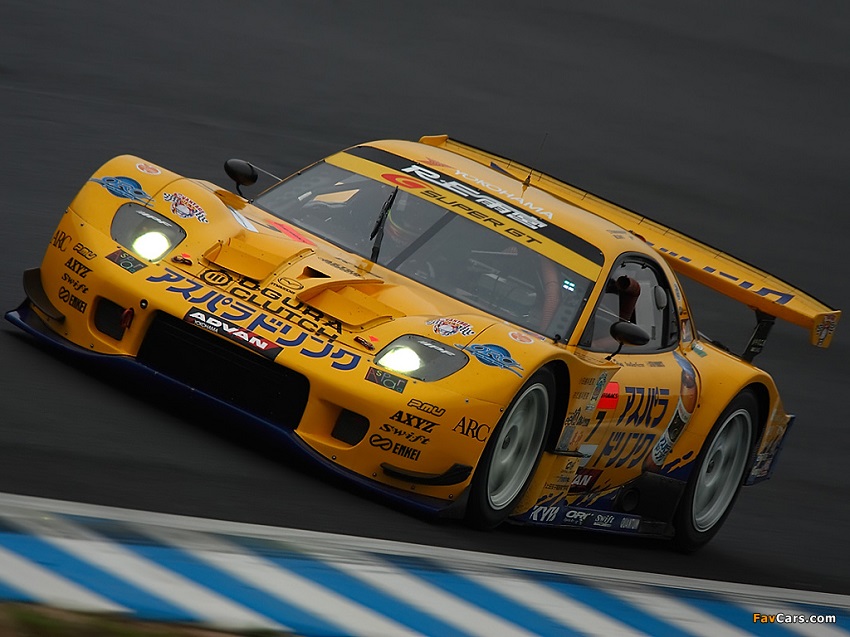 The Legend of RE Amemiya

If you’re a fan of Japanese car culture, you’ll probably have watched the legendary anime series, Initial D. In that show, the Mazda RX-7 plays a starring role alongside Takumi’s AE86 Trueno. What you might not know though is that, in its final form, Keisuke’s FD RX-7 is built almost entirely of RE Amemiya parts. A fitting choice, given the brand’s stature as the go-to rotary tuning house.

Founded in 1974 by Isami Amemiya, the company really began to stand out as the definitive Mazda tuner in the mid-nineties. In 1995, it entered a heavily modified FD into the Japanese Super GT Championship. RE Amemiya continued to fine-tune their race car for the next fifteen years, and even managed to win their class in 2006.

Away from the circuit success though, RE Amemiya continued to gain credence as a street tuner. Their products’ appearances in Initial D no doubt helped, as did their willingness to put their modifications to the test in a very public setting. Japanese TV show, Hot Version, has a long history of putting cars up against each other in touge events, and RE Amemiya was no stranger to such battles. All in all, they’ve taken the show’s ‘Touge Monster’ crown three times.

Although RE Amemiya still supports the Mazda RX-7 aftermarket like nobody else does, they’ve long since had to branch out into other Mazda models, given that the RX-7 bowed out of production twenty years ago.

Nevertheless, RE Amemiya and the Mazda RX-7 will forever be intertwined as true icons of the modified JDM scene. 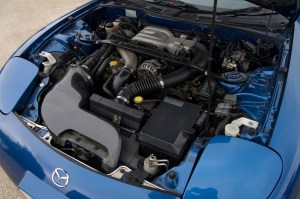 The Most Important Fact Of Them All

Mazda RX-7 owners & enthusiasts really SHOULD know this already, but in case you don’t we’ll bring you up to speed now.

Rotary engines burn oil by design, and that means they require much more regular maintenance than piston engines. So, if there’s one thing that you take away from this article, let it be this: keep on top of your oil levels! Otherwise, you’ll be facing broken apex seals and all the financial pain that comes with it…

If that doesn’t put you off and you’d like to see which RX-7 could be right for you, check out our ultimate guide to every generation of the car!