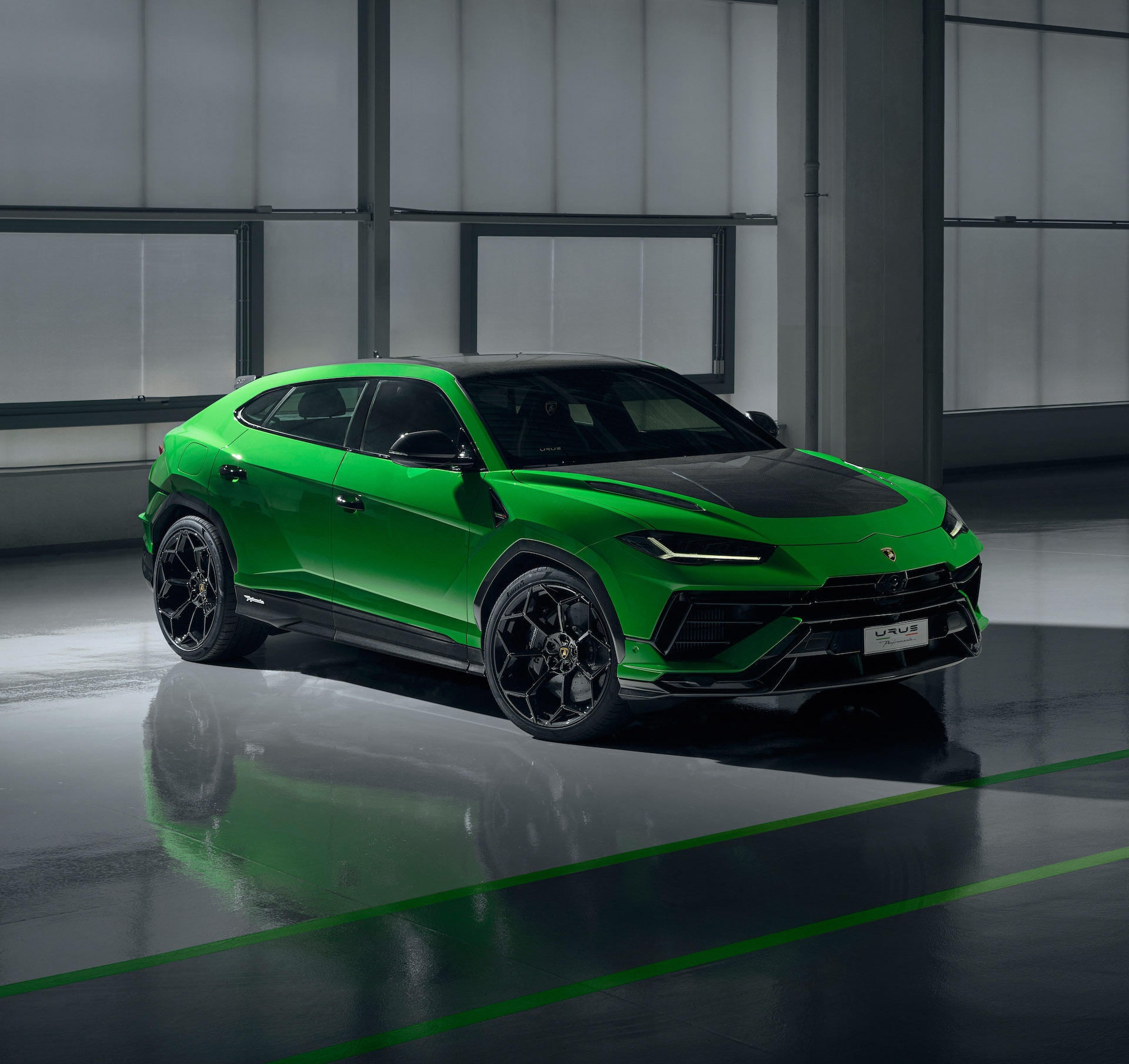 Lamborghini Urus buyers will soon be able to choose between the standard SUV and a more hardcore variant donning the automaker’s Performante designation.

On the Urus, the Performante designation signals extra power, less weight, and a more sinister stance realized through a lowered ride height (by 20 millimeters) and a wider body (by 16 mm).

To go with the extra power, the vehicle also benefits from a weight saving of 103 lb. This was achieved via the addition of a carbon-fiber hood, lighter springs, reduced sound deadening, and several other mods. The vehicle still tips the scales at a substantial 5,200 lb, though.

Lamborghini has already demonstrated the performance of the SUV by setting a record time for production vehicles up Pikes Peak. The Urus Performante climbed the mountain’s 14,115 feet in a time of 10:32.06, beating the previous record of 10:49.90 set in 2018 by a Bentley Bentayga. The Urus Performante was fitted with a special set of Pirelli P Zero Trofeo tires measuring 285/40R22 at the front and 325/35R22 at the rear. Pirelli worked closely with Lamborghini to develop a version of the popular Trofeo R semi-slick tires specifically for SUV applications.

The Urus Performante is priced from $260,676 and starts delivery later in the year.

The hardcore SUV was presented for the first time on Friday during 2022 Monterey Car Week. Lamborghini has a second Urus reveal planned for later in the year, likely to be an updated version of the standard SUV.