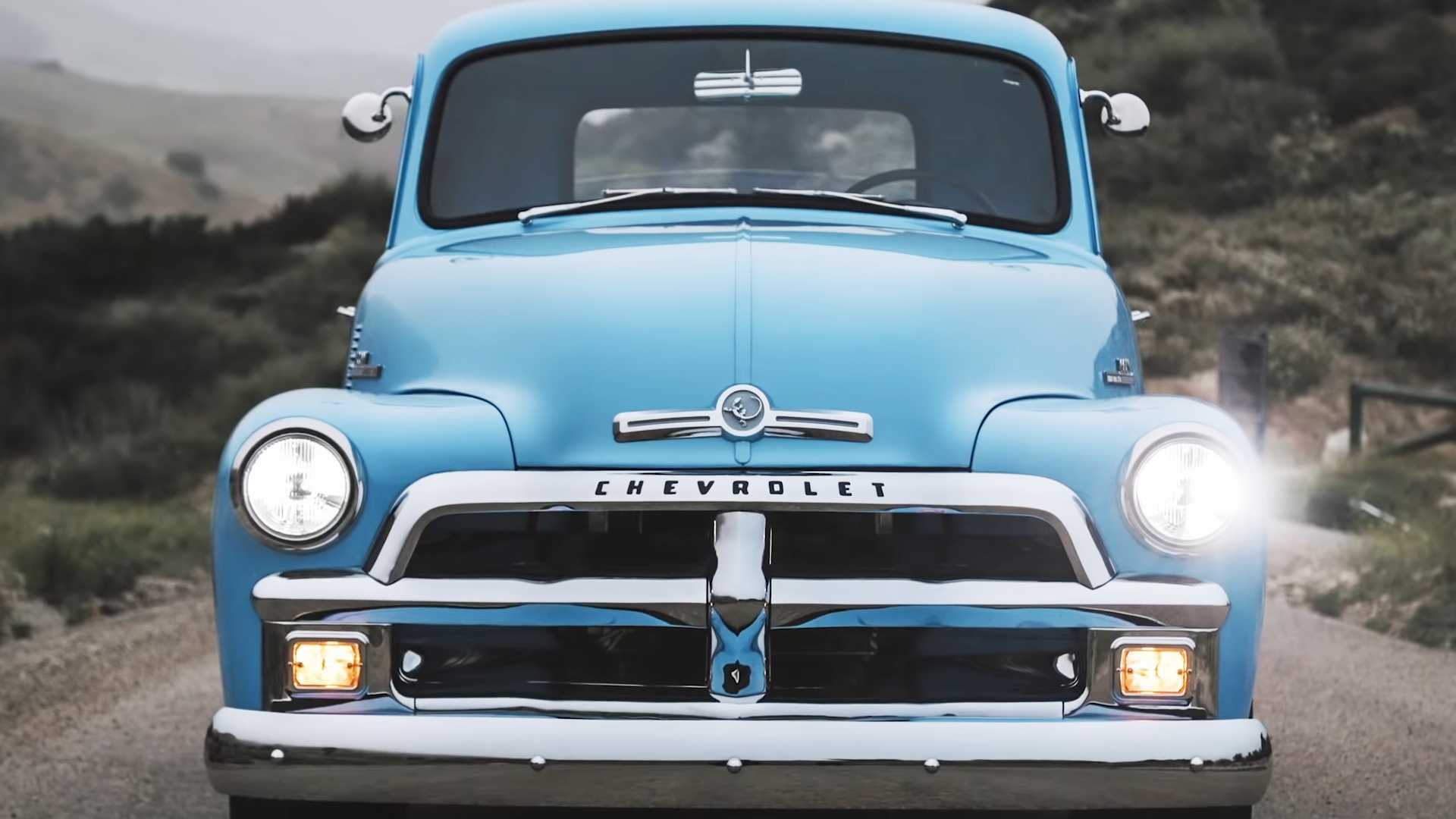 Beloved Icon has hashed out its gorgeous work again. The restomodding shop based in Los Angeles, California, has released its latest project into the wild: a 1954 Chevrolet Thriftmaster pickup truck.

The Thriftmaster, part of the Chevrolet Advanced Design series, was the first redesign for the company’s pickups after World War II. This particular model, a 1954, bore the most significant changes of its lifecycle. The windshield was a one-piece wraparound design, the taillights became round, the cargo bed rails were revised, and Chevrolet added an automatic transmission as an option. That makes it a wonderful starting point for Icon’s work. The company is best known for taking classic trucks and SUVs and giving them a thoroughly modern makeover.

In this case, the 1954 Thriftmaster features a modern chassis with independent suspension, Brembo brakes, and more. Icon’s core competency is usually making sure the vehicles still look like they’re decades old, and we love it.  Under the hood sits a General Motors’ popular LS3 6.2-liter V-8, the same engine that powered the fifth-generation Camaro and sixth-generation Corvette. Here, it makes 420 horsepower that finds its way to the rear wheels.

Inside, the gorgeous looks continue with modern amenities disguised as original parts. For example, the windows seem to feature manual cranks. They’re actually large power window switches, in fact. A modern stereo with Bluetooth connectivity hides behind a mesh screen, and modern materials such as leather and Alcantara are awash. Nonetheless, the charm remains.

Enough talk because the video is worth thousands of more words. Grab a look at the wonderful build above.