One of the biggest scenes in “The Fast and The Furious” was Race Wars, a racing tournament in the desert that looked like a cross between Burning Man and the opening of the first episode of “The Grand Tour.” As with all movie scenes, there’s much more to Race Wars than what you see on screen.

Craig Lieberman was technical director of the first three films in the “Fast and Furious” franchise. Three of his own cars were also used in “Fast and Furious” films, including one that became Brian’s Toyota Supra. Lieberman has made a series of YouTube videos with behind the scenes details, and this time he’s discussing Race Wars.

While Race Wars itself was fictitious, it was similar to various tuner events popular at the time, such as Hot Import Nights. A fictional name had to be used for licensing reasons, according to Lieberman, and about 1,000 extras and 35 cars were used for filming.

Drivers raced throughout five days of filming, two to three times per hour, although the races mostly appeared in the background of other shots, Lieberman said. That may sound like fun, but it got old quickly due to 100-degree temperatures, Lieberman noted. Also, participants were only paid about $15 per day, he said. 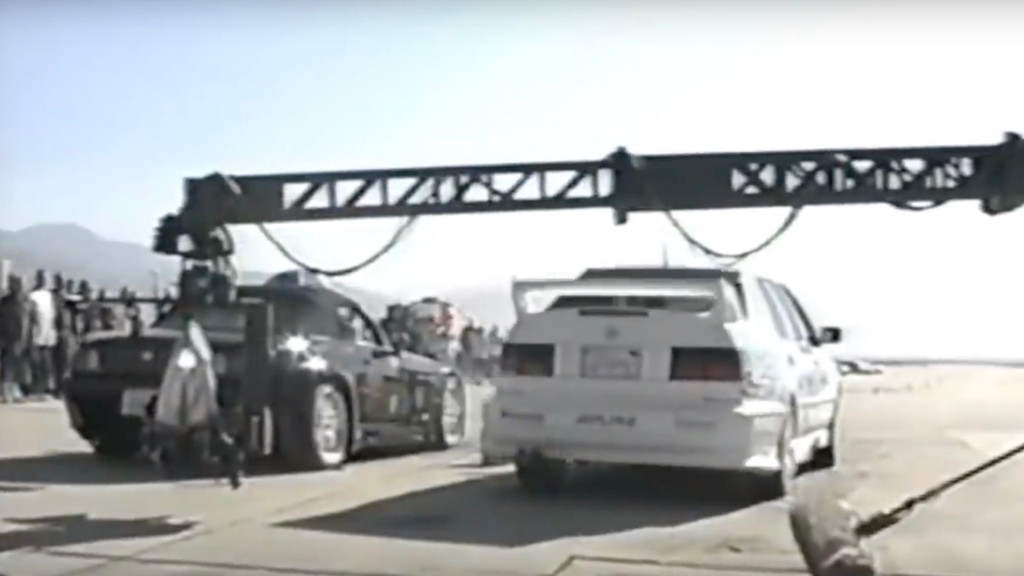 Race Wars was filmed at San Bernardino Airport in California, which was an active airport at the time. The end of the drag strip used for filming actually came close to an active runway, Lieberman said.

The pivotal moment of Race Wars is a face off between Jesse and Johnny Tran. Fans know this as the moment where Jesse’s Volkswagen Jetta appears to lack brake calipers. That’s because the crew hid the Jetta’s tiny brakes behind covers meant to mimic larger–and more impressive–brake rotors, Lieberman explained. Mockup brake calipers weren’t installed, but the car did have functioning calipers, Lieberman confirmed. They just weren’t visible in the shot.

For interior shots of both the Jetta and Tran’s S2000, the crew used existing Honda Civic bucks. These are essentially passenger compartments mounted on rigs. They allow actors to focus on, well, acting while someone else does the driving. The film didn’t have the budget to build specific bucks for the Jetta and S2000, Lieberman said.

Lieberman himself acted as the race starter. He was quick to note that his flamboyant hand gestures were requested by the director, and not something he would actually do when starting a race off camera.