The second-generation Honda Civic Type R EP3 is a fan favourite that delivers serious driving thrills wrapped up in a reliable and practical package. It’s still affordable but is rapidly becoming a modern classic, so don’t wait if you want to buy one.

The Honda Civic Type EP3 was manufactured in Swindon and featured a 2.0-litre i-VTEC K20A2 motor (check out our tuning guide). Marque enthusiasts will happily point out that Japanese-market EP3s featured LSDs, Championship White paint and Recaro seats, which UK models didn’t have, although they were also built in Swindon… so any grey-import Japanese EP3 you find has actually been up the Suez Canal both ways!

Affectionately nicknamed ‘breadvan’, the EP3 was in production from 2001-2005, and the specs remained relatively unchanged throughout its lifespan. A mild facelift in 2004 brought in a lighter clutch and flywheel along with a redesigned front bumper and projector headlights.

The hysterically revvy K20 motor offered peak power of 197hp; these aren’t torquey motors, peaking at 145lb ft, but they really are all about the revs. The principle of VTEC is key to the Type R’s character: a contracted acronym for Variable Valve Timing and Lift Electronic Control, the system works by offering two different cam profiles, and hydraulically shifting between them. The relatively economical profile is in operation up to 5500rpm, at which point the manic profile kicks in for higher lift and longer duration. In essence, this means that when you reach the point on the rev counter where in other cars you’d be thinking about shifting up a gear, a VTEC motor suddenly provides you with oodles more screaming, rampaging horses. In a nutshell, this means that the engine can be two things at once – juvenile, and grown-up: you can have a racy, track-ready cam profile without the inherent lumpy idle and poor economy if you’re just pootling to the shops for a pint of milk.

Closing out the production run of the EP3, the Premier Edition was sold as a run-out special, sporting red Recaros, tinted windows and a leather Momo steering wheel. 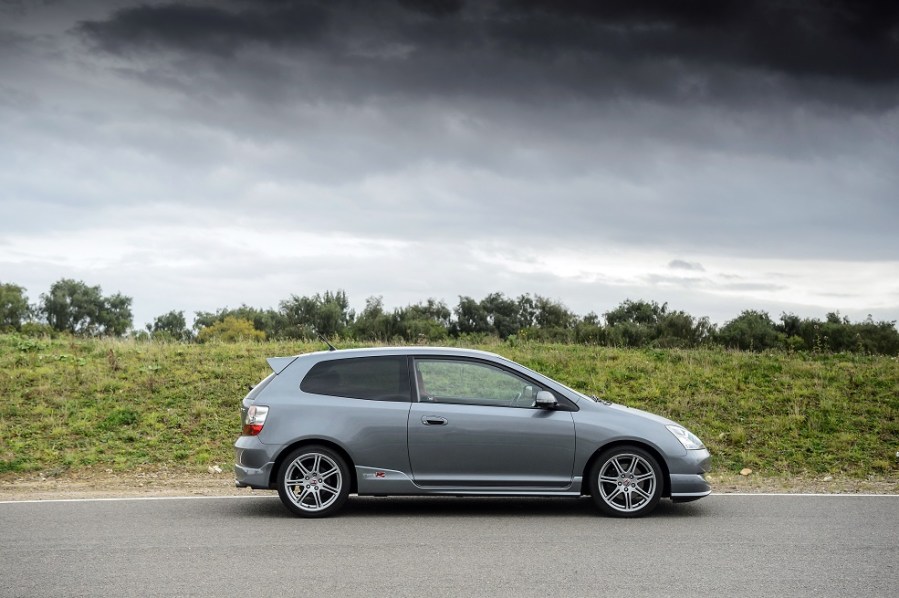 Honda Civic Type R EP3 prices are on the rise as they increasingly find themselves revered and pedestalised by the modern-classic community; it’s still possible to pick them up for a couple of grand, but we’d seriously advise against it. These are specialist machines that require specialist care: while they’re practical and usable enough to be driven every day, a true enthusiast will be checking the oil every week. So you ought to be paying a premium for the knowledge that a car’s been enthusiast-owned: trustworthy EP3s start at £5500, with really good low-mileage Premier Editions getting as high as £9k. Japanese-spec cars are few and far between in the UK and generally start at £11k+. There are always several low-mileage EP3s on the market around the £14k-17k mark, but we’d suggest caution against overpaying – they may be very good, but is a £17,000 EP3 really £10k better than a seven-grand one? 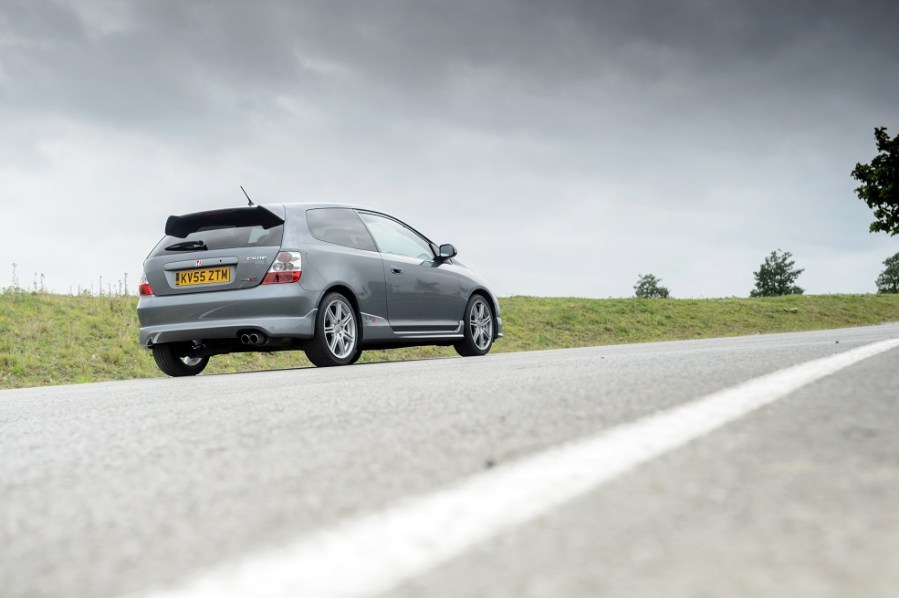 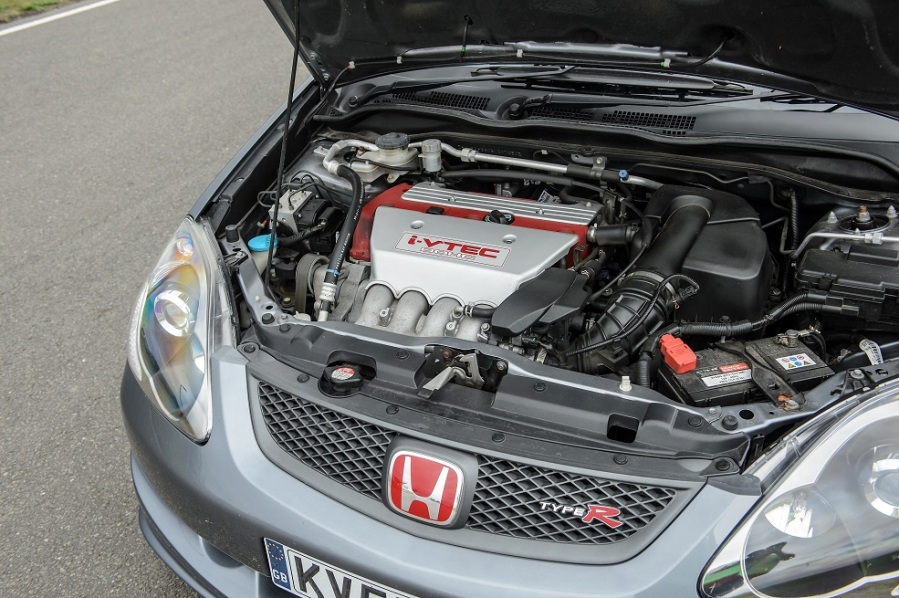 These engines can go on seemingly forever if properly maintained, they’re fairly bulletproof in fast road driving and even in hard track use – but the key to keeping them ticking is to keep them regularly serviced. You’ve always got to keep an eye on the oil level! So when you’re looking at a car with a K20 motor, be sure to fastidiously comb through the service history, and also have a good chat with the owner about how they’ve used and looked after the car. If they seem uninformed or disinterested, walk away; there are plenty of other cars on the market. The K20 does use a bit of oil, that’s just a characteristic of the way they operate, so a conscientious owner will be keeping a regular eye on levels and topping it up with 5W30. Make sure VTEC comes in clearly at around 5500rpm – it will be very noticeable when it does, and if it doesn’t, then it suggests the oil is low, and you’re not looking at a car with a happy, healthy engine that’s been properly cared for.

Timing chains can stretch, and tensioners can fail in rare cases, so it’s recommended to get them changed at 75,000, as well as having the valve clearances and tappets checked. Our advice would be that if you’re buying one on 100k+ and the history doesn’t show the work having been done, put the job near the top of your to-do list – it’s around a £600 job, but it’s definitely worth it for peace of mind. Loose heat shields and manifold covers can cause rattles from under the bonnet, and they are cheap to fix, so don’t panic if you hear some noise from the engine.

The six-speed gearbox is generally pretty tough, but there are a few things to watch for. Crunching from the gearbox as it goes into second gear is common, and it’s not too much of a concern; do be wary of a heavy clutch, though – they’re light in operation, so a heavy one will need replacing soon. There was also a recall issued for 2004 cars for the gearbox jumping out of second gear under acceleration, so make sure it’s been done. Both engine and gearbox mounts can fail on cars that have seen a lot of track use, which obviously isn’t uncommon with Civic Type Rs, so rock the engine to check that it doesn’t move any more than it should. 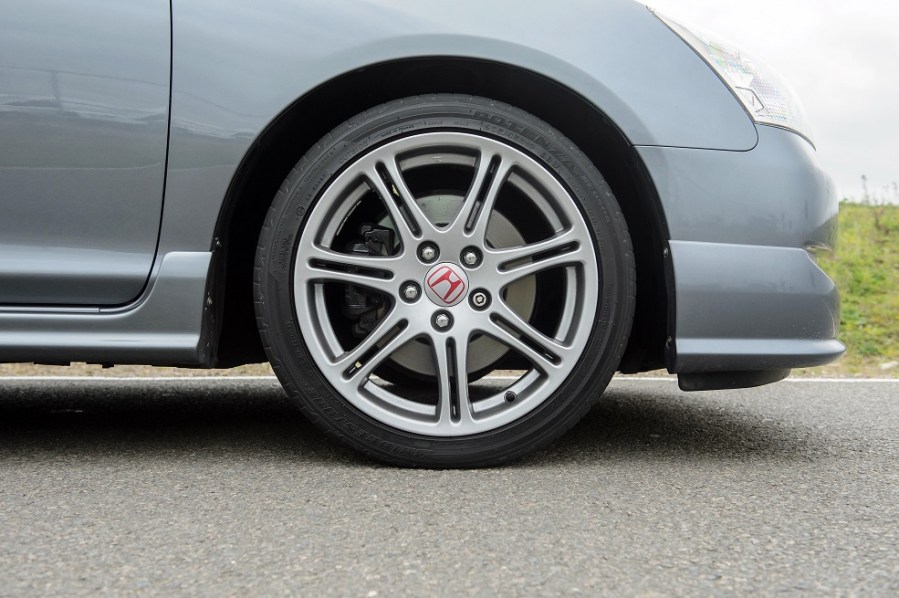 The good news is that generally speaking, there’s very little to look out for in terms of the chassis, with only a few key areas to look out for. The steering rack on early pre-facelift EP3s is a bit of a weak spot, and you’ll know if it’s worn because the wheel won’t self-centre properly. If the car pulls to the right when you let go of the steering wheel, you’ll immediately know that the steering rack is to blame. There was a recall for worn racks, so check to see if it’s ever been done. The good news is that used racks in good condition from later cars aren’t hard to source, but it’s an involved (i.e. expensive) job to swap one in. It’s worth getting a 2004-on rack as the ones fitted to facelift cars have revised steering geometry to lessen understeer. Any creaking noises from the rack can be resolved by getting it lubricated.

Suspension-wise, the original dampers are prone to wear, but it’s unlikely any car will still be running them as they will probably have been replaced with an uprated set. The only other thing to really look out for is whether the car sits level – if not, it will most likely point to worn bushes and ball joints. Brakes are strong and reliable, with just rear calipers prone to sticking, but getting them cleaned will sort this out. 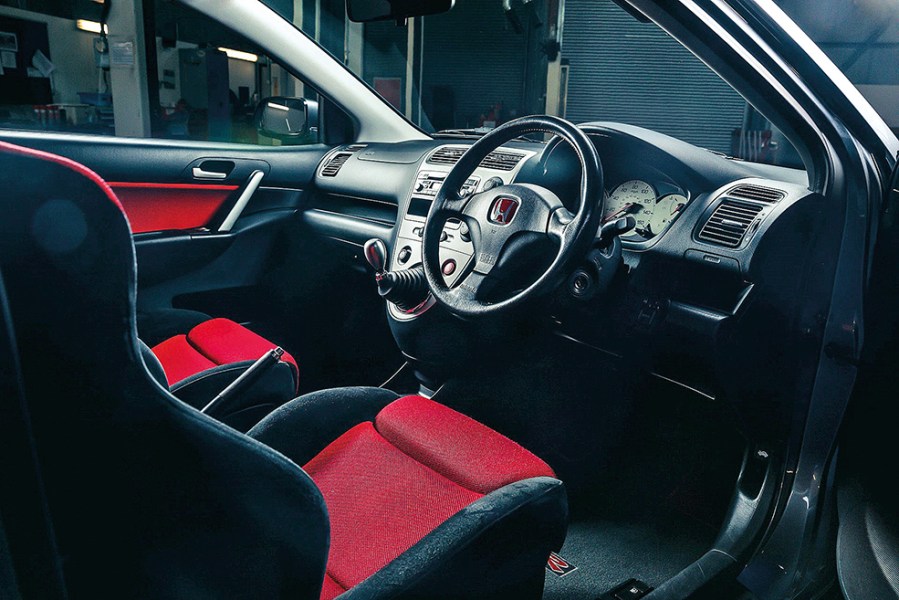 Interior-wise, the EP3 can be a bit rattly as the dash plastics are quite cheap, and door handle inserts can become scratched, but a DIY spray job will get them looking significantly better. Make sure that the electric windows work smoothly, and worn seat bolsters are common as they are quite large, and you rub against them getting in and out of the car. Air-con was optional, and if it’s fitted to the car you’re looking at, make sure it works – never believe anyone that tells you it just needs a re-gas, and if it’s not blowing cold, check the condition of the condenser as it will be the most likely culprit. But otherwise, it’s all generally hard-wearing and won’t go falling apart on you. 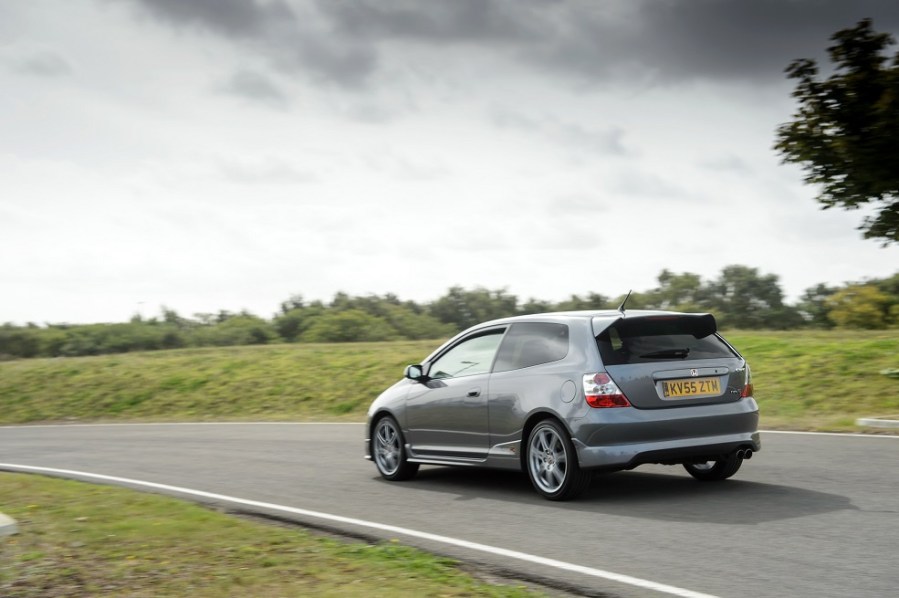 Rust isn’t really a huge issue on the Honda Civic Type R EP3, but that’s not to say that you shouldn’t inspect any prospective purchase thoroughly to be sure it’s solid. The sills and arches are where you need to check, and any visible rust could be a sign of more lurking where you can’t see it. Facelift cars are especially susceptible as the rear arches were fitted with sound-deadening material that also had a habit of trapping water, which obviously isn’t ideal. If the arch liners are still present, just get rid of them.

The paint is quite soft, so stone chips around the front are very common. Milano Red cars look great, but they do suffer from paint fade if a car has spent its life outside, and then they start to turn pink. Machine polishing should bring the red back and then keep it looking red by regularly applying a good-quality wax, ideally one that’s been designed to offer extra UV protection. If the paint fade is really bad and is beyond saving, a respray will be your only option.

A common issue is that the door mouldings and window seals deteriorate, so look out for that, and also check that the aerial base isn’t leaking and letting water into the cabin. Get inside the car and check the headlining around the B- and C-pillars to see if you can feel any signs of dampness. The headlights also tend to go milky, but you can restore them with a polishing kit, and the side skirts also have a tendency to come loose, so check them.

Finally, check that the boot lid spoiler on the tailgate sits flush with the roofline when it’s closed – if not, it’s a sign that the hinges are broken and need replacing. These need lubricating as they age, so if your spoiler is nice and flush, keep your hinges nicely lubricated to make sure they don’t go breaking on you.