Henry Ford’s former Detroit house is up for sale for $975,000, according to a real estate listing from Hall & Hunter.

Located at 140 Edison Street near Detroit’s Voigt Park, the house was built in 1908—the same year the Ford Model T launched—and was home to the Ford family from then until 1915, according to the listing. The Fords then moved to the larger Fair Lane estate in the Detroit suburbs. Fair Lane would be Henry Ford’s home until his death in 1947, and was later designated a National Historic Landmark.

The four-bedroom, 4.1-bath, house boasts 7,623 square feet of space and sits on a four-acre lot. Highlights include hardwood floors, a screened terrace, fireplace, and a library with built-in glass bookcases. 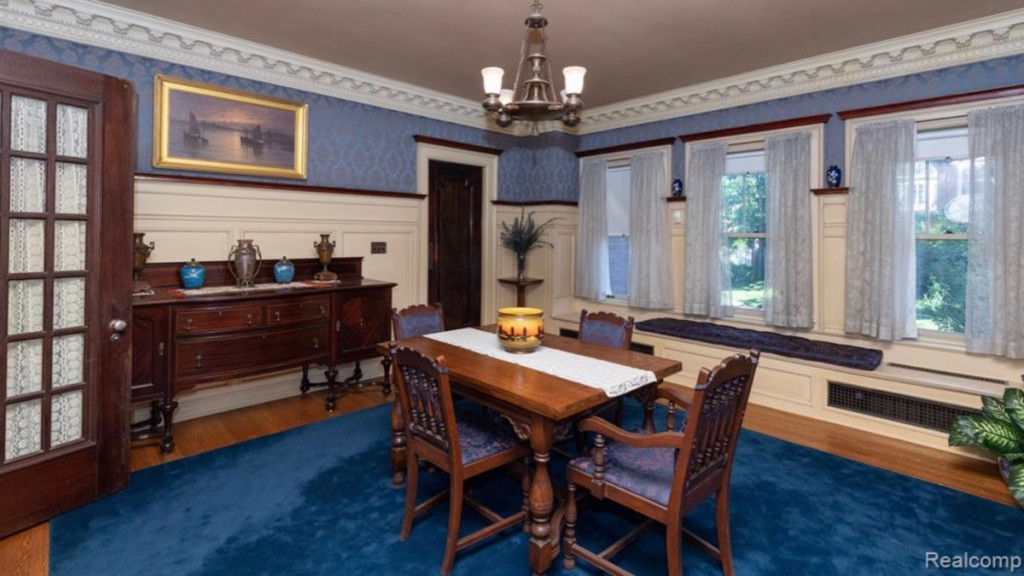 The house also retains some period features, including servants’ quarters on the top floor, and a scullery and butler’s pantry in the main kitchen (a second kitchen is located in the basement).

In addition to the main house, the property also includes a carriage house with additional living space, guest space, and garages. Perhaps the new owner will find a Model T to park in those garages.

When this house was built, the Ford Motor Company was just five years old. Those first five years were turbulent ones for the company, but the launch of the Model T would secure Henry Ford’s place as an automotive tycoon. A simplified manufacturing process allowed Ford to build the Model T in large quantities and sell it cheaply, making it more accessible to the masses. The rest, as they say, is history.