General Motors is preparing to launch a new crop of electric cars. A short video posted by the automaker on Twitter this week hints that an electric Chevrolet Camaro could be one of them.

At about three seconds into the short clip, the outline looks a lot like a Camaro coupe. The long-hood, short-rear-deck proportions of Chevy’s muscle car are clearly visible.

Our all-new modular platform and Ultium batteries will be the heartbeat of our all-electric future – powering electric vehicles in every segment to meet the needs of every person. https://t.co/6rHye50N3w pic.twitter.com/biMvKalc7g

To be clear, this is in no way confirmation that GM is planning an electric Camaro. But it does seem like something the automaker is capable of.

BEV3–which encompasses modular battery packs and powertrain components, as well as a basic vehicle architecture–should give GM the flexibility to make an electric Camaro alongside the electric models the automaker has already confirmed.

GM said BEV3 will support rear-wheel-drive applications, as well as powertrains with enough oomph for 0-60 mph in less than 3.0 seconds. We’re talking around 1,000 horsepower.

Ultium will also allow for a battery pack capacity of up to 200 kilowatt-hours, yielding 400 miles of range, GM said. 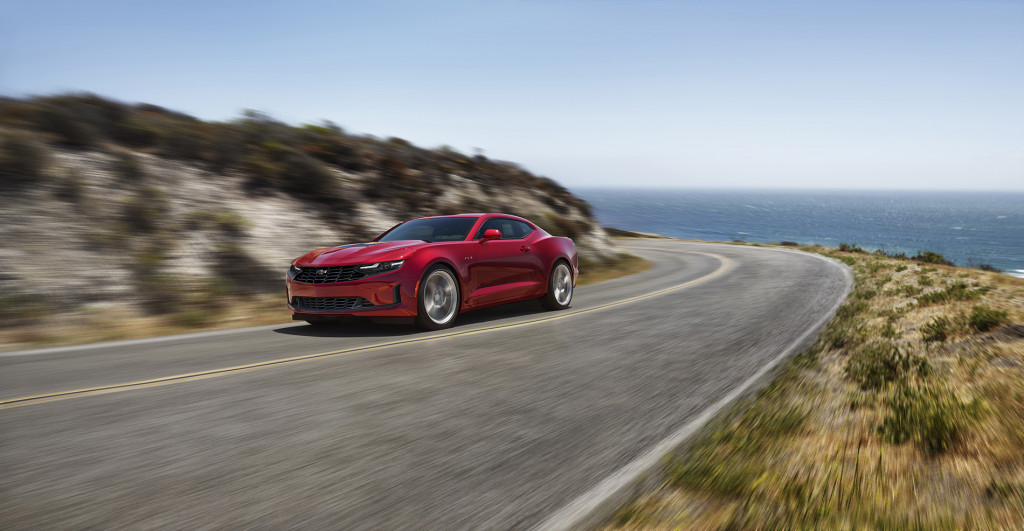 Chevy previously built an electric Camaro drag racer, allegedly capable of a 9.0-second quarter mile. But that car was a modified version of the current Camaro that wasn’t intended for mass production.

GM hasn’t offered many details on the Camaro’s future, but the current, sixth-generation model is expected to last until 2023.

The seventh-generation Camaro will require a costly redesign, as the Alpha platform that underpins the sixth-generation Camaro is being phased out. It’s unclear if GM will be willing to invest in a new Camaro at the same time as its expensive EV ramp up.

That ramp-up will see GM launch new electric models for Chevy, GMC, Buick, and Cadillac, as well as the Cruise Origin self-driving shuttle.

It will start with the Cadillac Lyriq crossover in April. Cadillac will also get an electric sedan, while Chevy will get both an updated Bolt EV and a crossover variant dubbed Bolt EUV. A GMC Hummer EV is scheduled to debut in May.

We’ve reached out to GM for comment and will update this story when we hear back.