Motorsport News Editor Matt James looks back at how the career F1’s newest race winner George Russell has gone from strength to strength.

Winning the GP3 and then Formula 2 championships back-to-back is something that would make any driver’s CV leap out and hit you. But that is what Formula 1’s newest race winner George Russell did in 2017 and 2018.

It certain stuck a chord with Mercedes, who co-opted the Norfolk ace onto its young driver development scheme at the start of 2017.

In truth, people had already begun to take notice at that point. He came up through the UK karting ranks and won multiple titles before switching to BRDC British F4, a contest he snatched at his first attempt. That helped him to earn the 2014 McLaren Autosport BRDC Young Driver of the Year accolade, something he beat Alex Albon to.

Claiming the silverware in those two junior categories of GP3 (now Formula 3) and F2 was something that only Nico Hulkenberg, Lewis Hamilton and Charles Leclerc had been able to manage. 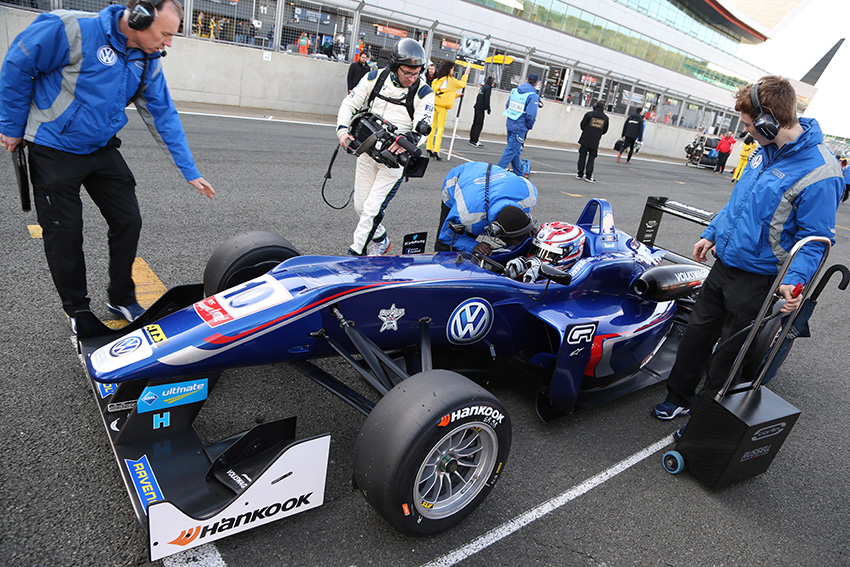 Under the guidance of Mercedes firm, George Russell was ushered into the back-of-the-grid Williams grand prix seat (powered by the three-pointed star’s motors) for 2019. It was time to serve his apprenticeship, and he accepted his lack of competitiveness with good grace. But it was a good place for Merc to keep an eye on his progress.

Those 59 starts for Williams brought an unlikely second place at a rain-affected Spa in 2021 but, perhaps more importantly, he had substituted for Lewis Hamilton in the main Mercedes team when the seven-time champion was struck down with Covid in Bahrain at the end of 2020. He almost beat the then-incumbent Mercedes driver Valtteri Bottas…

Russell, now 24, got the dream ticket this season when he was called up to replace Bottas alongside Hamilton at the top table. Dream ticket? Well, it certainly didn’t look that way over the opening portion of 2022. 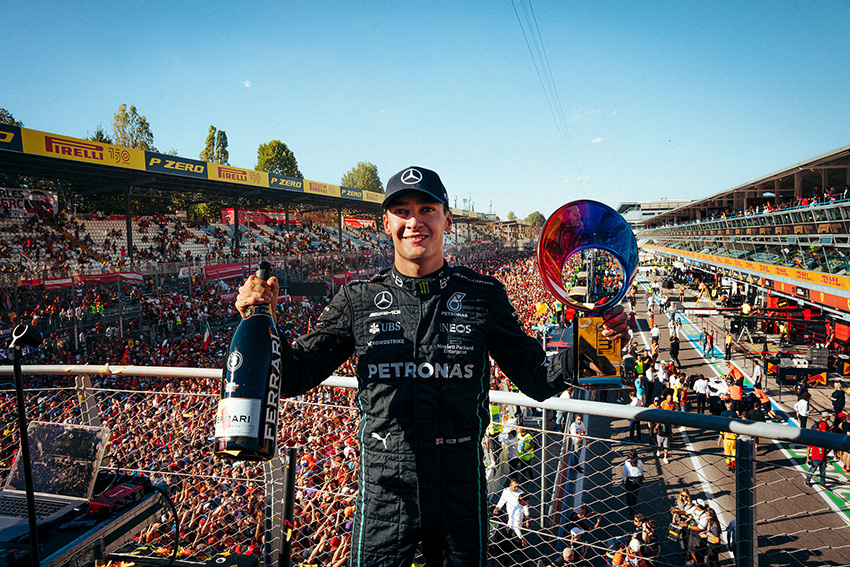 Mercedes was caught out by the new ground-effect regulations and the team that had won the last eight F1 constructors’ titles in a row was all at sea. More efficient cars from Red Bull and Ferrari had left the Brackley-based team scratching its head.

George Russell was caught in a difficult spot. Here was his big break, and the machinery was not up to the job. He couldn’t be too critical given his freshness in the squad, but he also knew that this was his golden shot in the Silver Arrow.

He kept his counsel, said the right things at the right time and preferred to encourage the team rather than bleat about his woes. There was no point kicking the puppy when it was already wounded.

There was no questioning Russell’s speed compared to Hamilton, but what the new recruit also had was consistency. His habit of picking up what was available in terms of points meant he is more than likely to – even before his victory at Interlagos last weekend – finish ahead of his illustrious team-mate in the standings this term. 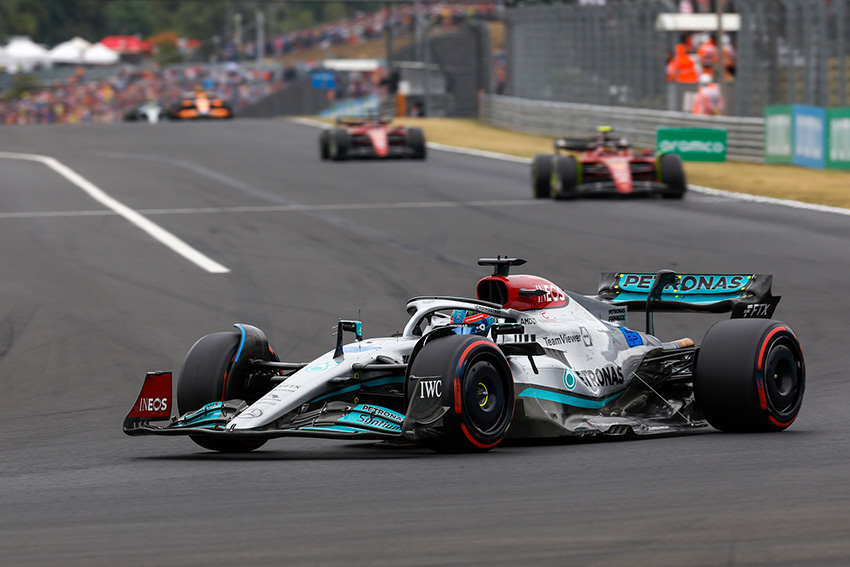 On Sunday, November 13 (check out our Sao Paulo report), he completed virtually a perfect weekend. Pole in the Sprint qualifying race was converted into a win, he took command of the main grand prix itself and set fastest lap. He withstood a late-race safety car, pressure from Hamilton and a command from the Mercedes pitwall at the end of the event that the sister cars were free to race. If he thought he had been tested before, none had been as stern as he had over the final handful of laps in Sao Paulo.

But he held his nerve and went on to head the first British 1-2 in F1 since 2010. The moment wasn’t lost on him either. “I’m speechless. On the in-lap all of these memories sort of came flooding back. Starting off with my mum and dad in go karting and going through all the support I’ve had from the rest of my family, my girlfriend, my trainer, my manager,” he said, teary-eyed, after race.

“Then obviously the likes of Gwen Lagrue who gave me the opportunity to get on the programme with Mercedes and [Mercedes strategy chief] James Vowles and Toto [Wolff, Mercedes team boss] – the list is endless. I can’t thank them enough, [I’m] super proud.”

He has plenty of reasons to be proud, and one gets the feeling this maiden victory has opened the floodgates.