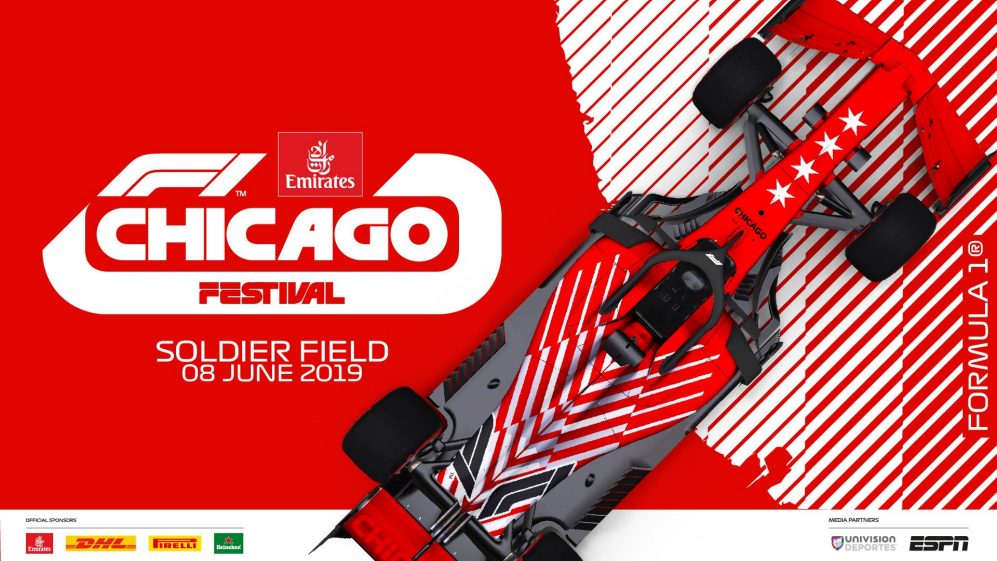 Formula One fans, your favorite racing series is heading to the Second City. A celebration of F1 is scheduled for the streets of Chicago.

The racing series will take to the Windy City with the Emirates F1 Chicago Festival, which is part of a global festival series that coincides with the 1,000th Grand Prix held in China earlier this year. In Chicago, locals will find the action at Soldier Field, home of the Chicago Bears. Details are slim right now, but the racing league said to expect driver appearances, live exhibitions, and, of course, the race cars on Chicago streets.

CHECK OUT: Here’s what every button on an F1 steering wheel does

The festival will also broadcast the Canadian Grand Prix‘s qualifying round in real time, while sponsors have various activities planned for attendees. Local celebrities will make appearances and Judah & the Lion will headline a music event during the festival.

Leading up to the Chicago festival, locals will notice a unique Chicago-wrapped F1 car at various locations around the city. Fans will be able to get up close and personal with the car to take in the engineering and technology that make up a modern F1 car.

Best of all, the event is totally free to the public. Fans will find parking in Soldier Field’s North and Waldron Garages. The event opens on June 8 at 11:00 a.m. and runs until 9:30 p.m. before the crew packs the show up for the next stop on the F1 Festival tour. Los Angeles is on deck later this year before things wrap up in Brazil.