Ford ended production of the Taurus for North America just this month, but the nameplate lives on in China where Ford’s been selling a next-generation model since 2015.

The Chinese-market Taurus is based on a stretched version of the CD4 platform found in the Fusion, as opposed to the outdated D3 platform that underpinned our Taurus, and it’s positioned as a bit of a luxury cruiser. It even offers power-reclining rear seats complete with massage function.

Photos of an updated version of the Chinese-market Taurus have now surfaced ahead of a debut at April’s Auto Shanghai 2019. 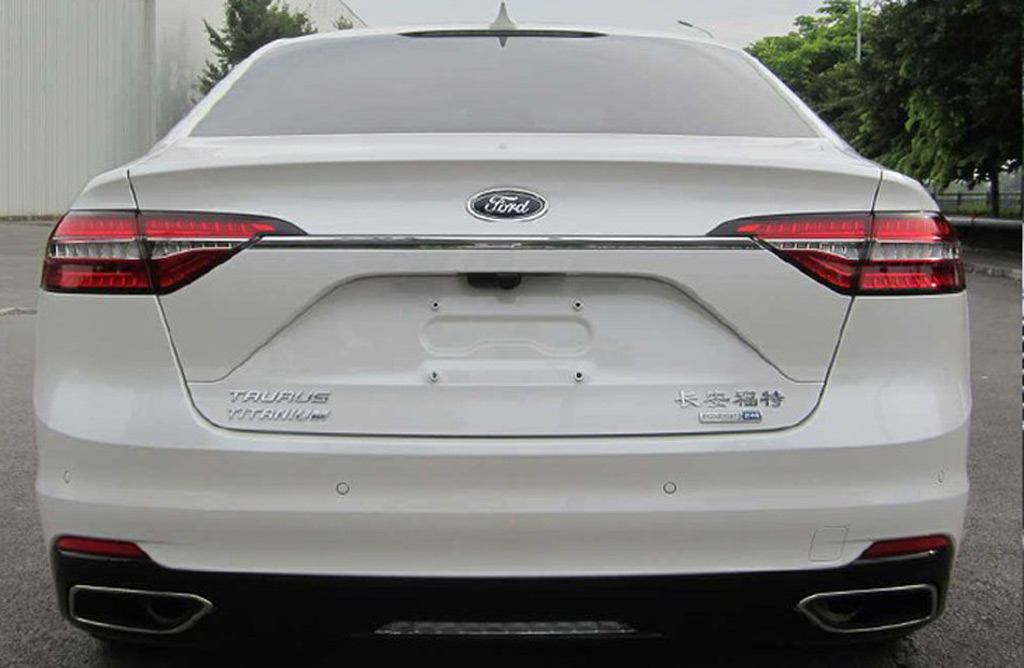 The photos, which were posted on Chinese website Sohu, only show the exterior of the car, revealing a new shape for the front grille and new lights at both ends. The front and rear fascias have also been redesigned.

Sohu reports that the updated car will be fitted exclusively with a 2.0-liter turbocharged inline-4 delivering 244 horsepower. The current car features the 2.0-liter engine as well as a 2.7-liter twin-turbocharged V-6 with 325 hp. The demise of the V-6 suggests Chinese buyers aren’t seeking performance in the car, Taurus SHOs be damned.

We’ll have more details soon as the Shanghai auto show starts on April 16. Don’t get your hopes up though, as Ford has ruled out all passenger cars here bar the Mustang, meaning the latest Taurus isn’t destined for local showrooms. For more Shanghai auto show coverage, head to our dedicated hub.