The hottest Mk4 Ford Focus on sale can now be optioned with upgraded running gear and subtle styling enhancements, thanks to the new Focus ST ‘Track Pack’.

The fourth generation Ford Focus ST has somewhat flown under the radar. Up against the likes of the controversial FK8 Civic Type R and various Volkswagen-Audi Group offerings, it’s easy for the Fast Ford to get lost amongst the noise. Now though, the Mk4 has been given something of its own to shout about.

Targeted at the keenest of drivers, Ford has announced the Focus ST Track Pack, which is effectively a handful of extra add-ons designed to enhance the way that the car both looks and drives.

Under the bonnet you’ll find the same 2.3-litre Ecoboost four-pot that’s in the regular car, however the Ford Focus ST Track Pack equips you with better underpinnings to make use of that 276hp.

The suspension, for example, is now comprised of a fully adjustable set of KW coilovers. Within that set-up, the dampers come with 12 steps of adjustment for compression, and 16 increments to control rebound, opening up a whole new form of personalization to serious track day drivers.

When these elements are combined with springs that are 50% stiffer than those on the standard car, the Focus ST is likely to feel more planted than ever before – so long as you tune it right, that is. 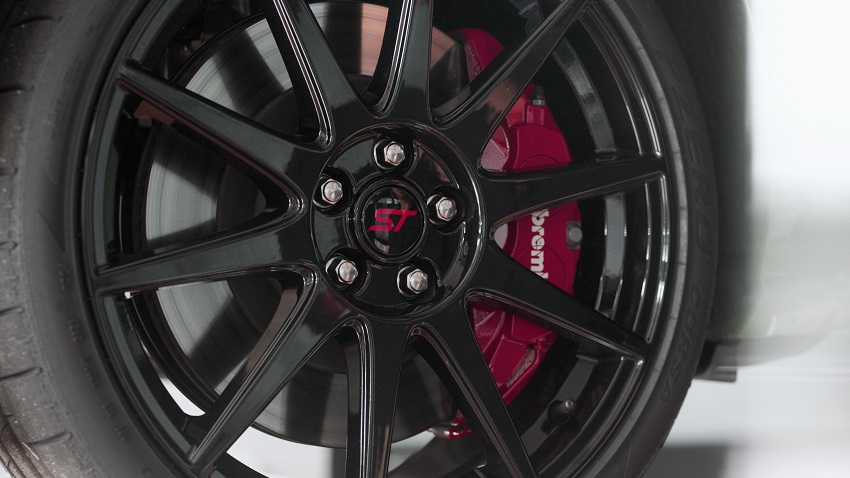 The car’s increased athletic prowess is something which is also helped by the control that the Track Pack gives you over ride height. Fresh out of the box, it’s 10mm lower than the regular Focus ST, but if you really want to reduce body roll and lower the centre of gravity, an extra 15mm of downwards adjustment is at your disposal.

Given that these changes will improve the Focus ST’s pace around a circuit, Ford have made sure not to neglect the brakes. With the Track Pack, you now get a set of 360mm discs (a 10% increase in size over those found on the standard car), aided by four-piston callipers from Brembo.

What’s more, the rims that were briefly available on the pre-facelift ‘ST Edition’ Focus have made a comeback as part of the Track Pack. Wrapped in Pirelli P Zero Corsa tyres, these 19-inch flow-formed alloys are 10% lighter than those that you’ll find on the regular ST and they’re a bit more resilient to harsh bumps too.

Finally, the package is tied up by a few minor exterior changes. The roof, mirrors, and ST aero pieces are now swathed in black for an added dose of aggression. 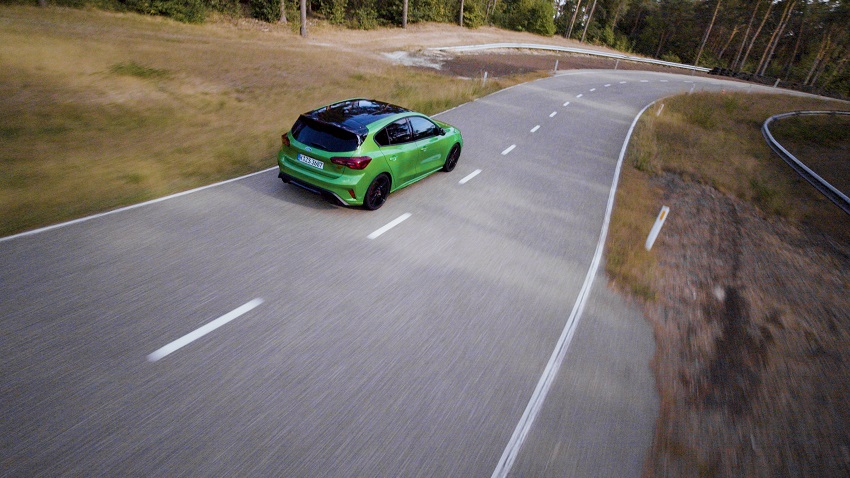