Hot hatches are often the most cost-effective way of getting into performance motoring. Here’s what five grand can get you these days…

We’re pretty certain we don’t need to tell you guys that the core of the Fast Car world is, always has been and probably always will be, hot hatchbacks.

When you look at what they offer – daily driver practicality, cool looks, great performance and amazing value for money – it’s pretty obvious why they’re so good. They really do it all. Yeah, we all love other cars too, but when most rusty 20 year-old sports cars cost more than a ten year-old, great condition, and far more practical, hot hatch – it’s no surprise they’re so popular.

There are no end of great hot hatches out there, but for this feature, we’ve chosen five that you can easily pick up in the £4000-£5000 price range, with less than 100,000 miles on the clock. And, of course, while they’re fun as standard, we’ve also taken a look at how to tune them to make them even better! 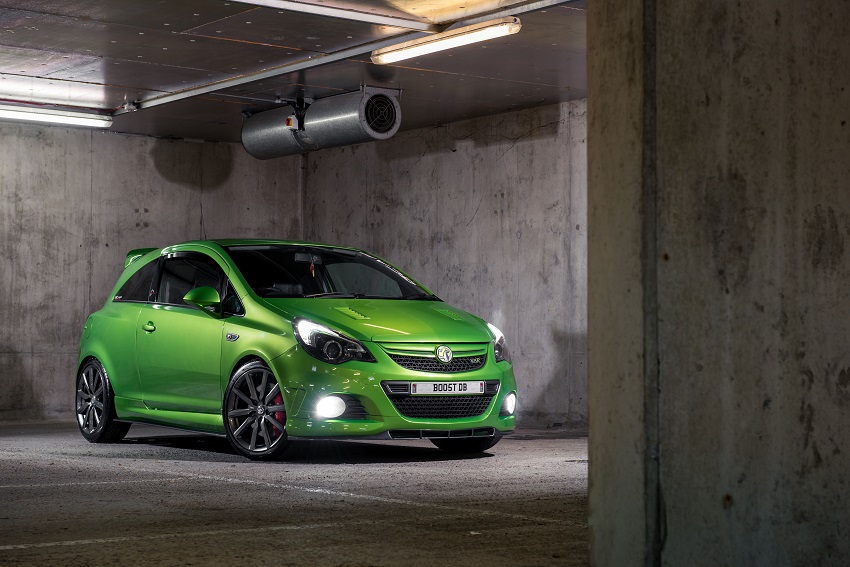 The Corsa VXR is one of the most underrated hot hatches and often lives in the shadow of its big brother, the Astra VXR. However, if you can look past it McDonalds car park image issues, the little 1.6 turbo is actually a damn good vehicle. It offers fun, ‘chuckable’ handling, great acceleration, and is very small and light compared to most modern alternatives. When used to their full potential they’re like a present-day version of the original turbo hot-hatches of the 1980s.

Although they have a reputation for having a weak engine (and indeed the standard internals aren’t the strongest out there), when done properly up to about 240bhp and over 250lb/ft is achievable. This isn’t only reliable, but lag free – and in a little car like a Corsa, really bloody quick.

Rather than simply bumping up the boost and hoping for the best, removing restrictions by fitting a front mount intercooler, a free-flow exhaust, and bigger injectors, as well as a suitable remap and boost increase of course, is the way forward for reliable power. If you want to take things further, forged engine rebuilds are surprisingly well priced compared to many other cars. Well over 400bhp is possible if you want to go chasing down supercars.

When it comes to handling, the VXR’s main downside is that it feels far too high when you’re behind the wheel (which isn’t helped by the seating position) but it’s mostly due to the ride height. Thankfully almost every suspension manufacturer produces coilover kits for the VXR, making for an easy handling upgrade. Even on the standard wheels, a VXR looks fantastic once the ride height is dropped to a level we’d all approve of. 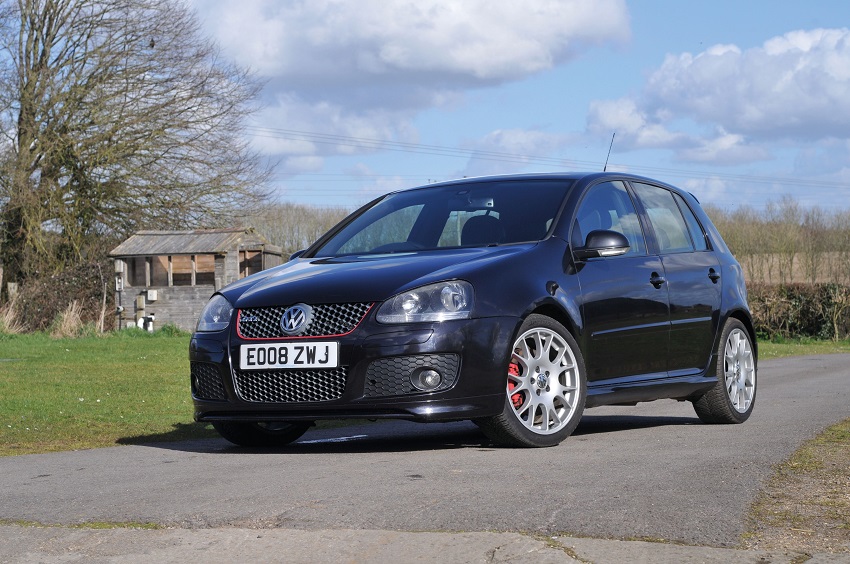 The Golf may be one of the most restrained, almost sensible looking, hot hatches around, but it’s hard to argue against the fact that they’re one of the best all-rounders for the money. With great VW build quality, the Mk5 GTI feels like a lot of car for the money, which it is. Everything is done in a subtle, classy way, and there are some nods to earlier Golf GTIs too – such as the tartan trimmed sports seats (an acquired taste, though we think they look pretty cool.)

From a tuning point of view, the direct injection 2.0 TFSI engine in the Mk5 GTI is not only easy to get big gains from, but very strong too, with over 500bhp achievable (with the right supporting upgrades). And that’s truly, ridiculously fast! Thanks to the worldwide popularity of the GTI, there are set stages right up to and beyond the mighty 500bhp level, meaning no custom parts are needed. Going for big power has never been easier.

Away from engine tuning, the Mk5’s sensible nature means that while it handles well, the suspension is a bit soft and fairly high riding. But a set of good quality coilovers and uprated anti-roll bars will make a big improvement on the road, without making it uncomfortably stiff. 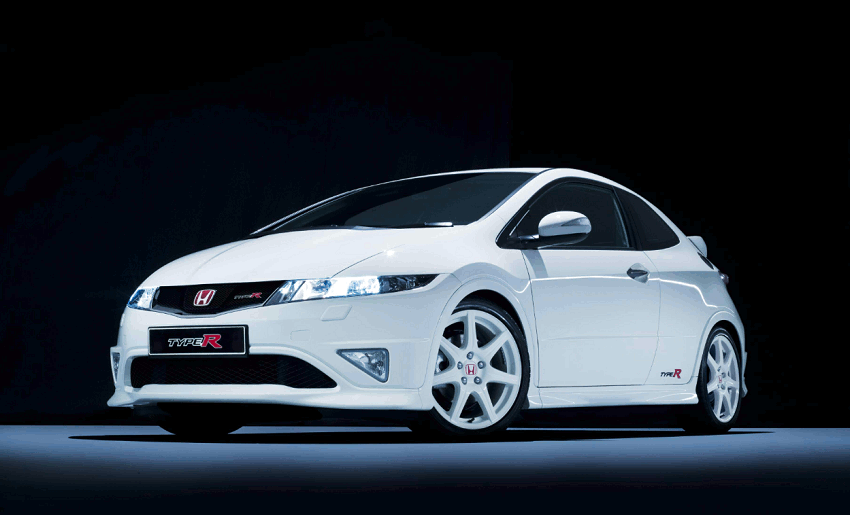 Type R Hondas have always been stalwarts of the hot hatch scene, mostly thanks to their super-high-revving engines and the serious power they produce without (until the FK2 model at least), a turbo in sight.

The EP3 Civic Type-R became the darling of the tuner world almost immediately upon its launch, and that meant that the newer FN2 had a big set of boots to fill. Initial reception was less than positive, and that’s reflected in the comparative values of the two cars even today. However, in its own context, the FN2 is still a highly capable hot hatch that shouldn’t be written off as quickly as it has been in the past.

With almost 200bhp and an engine happy to rev over 8,000rpm all day, it’s a car that loves being driven on the limit. Though despite this, FN2s are more drivable at lower revs than previous Type Rs, and therefore make a better all-rounder than most would think.

When it comes to engine tuning, there’s the usual exhaust and induction upgrades available, but once they’ve been taken care of, we’d choose to save our pennies a little longer and get a supercharger conversion from TTS Performance. Their Supersport conversion doubles the standard power of the 2.0 VTEC unit, and while it’s not cheap, it’s amazingly well priced for such a transformation of performance. However, we’d highly recommend fitting an LSD at the same time to help get the power down. Some bigger brakes wouldn’t hurt either, especially if you head out on track. 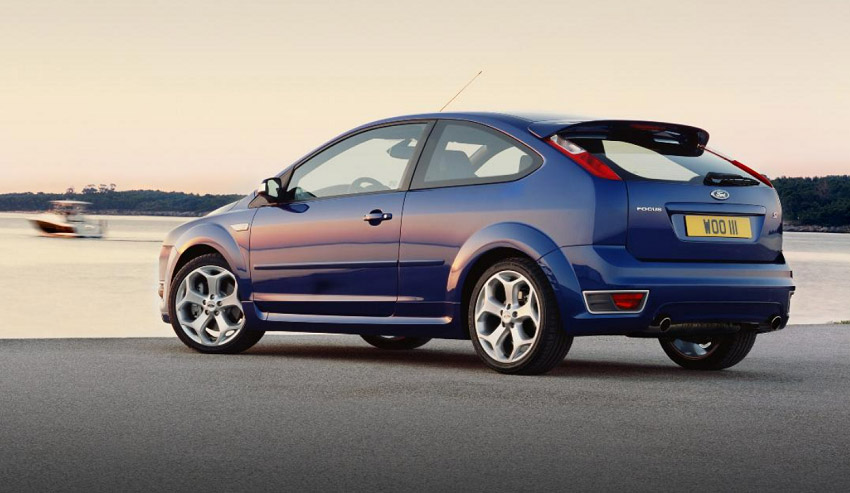 Packing a big, 2.5-litre five-cylinder turbo engine, the Focus ST has the kind of powerplant you’d expect to find in a rear-drive performance car. But this is a front-drive hatch that you can pick up for not far north of £4k!

When you’re used to smaller-engined hot hatches, the big lump in the ST feels very strange, as the turbo spools almost off idle. So you’ve got serious torque, right from around 1,500rpm, like you’re driving a turbo diesel. But then it revs as high as a typical petrol car, making it very easy to drive fast.

The ST isn’t slow as standard, but they’re ripe for tuning. As much as 320bhp and 400lb/ft is achievable with an uprated exhaust system, a front mount intercooler, an induction kit, and a remap to suit. This will make for a very quick car indeed considering the minor upgrades. As well as the extra power, these mods allow the awesome, warbly, five-cylinder soundtrack to be heard, which is a major plus point on these cars.

The ST is a heavy car with huge torque, so to help it handle like it should, a set of coilovers is a very wise move. To make the most of all that grunt, some sticky tyres like the Toyo R888R will transform a tuned car: from something that smokes the front wheels at every opportunity, to one that can put the power down no problem at all on road and track. 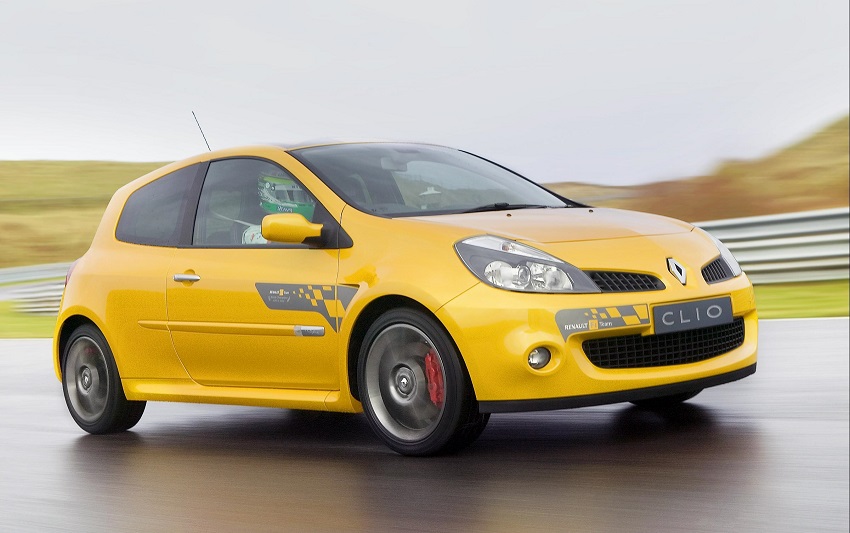 Renaultsport have made great hot hatches since the 1990s, and the Clio 172 and 182 are still two of the most popular cars to use as trackday weapons. Although the 197 is a bigger, heavier car than its predecessors, it’s more powerful and still a relative lightweight compared to most modern alternatives.

With approaching 200bhp, an 8,000rpm red line, and a close-ratio six-speed box, the 197 is faster than previous models in a straight line. But it also packs big Brembo brakes, a much more refined interior, and despite it being a noticeably bigger car, it’s still nimble, with great handling.

While the common induction/exhaust/remap combo improves drivability and midrange torque, it only adds a small amount of extra top end power, so your tuning money is best spent making this already great handling car even better. Gaz, KW, Eibach and Bilstein uprated suspension is all highly recommended for the car, and even with standard power levels a Quaife ATB diff is proven to knock seconds off lap times when fitted to 197s.

If you’re serious about using a 197 on track, despite coming with big brakes as standard, the pads are easily cooked when used hard continuously, so a set of heavy duty track pads from EBC or Ferodo are a wise move, along with some road-legal semi slick tyres.