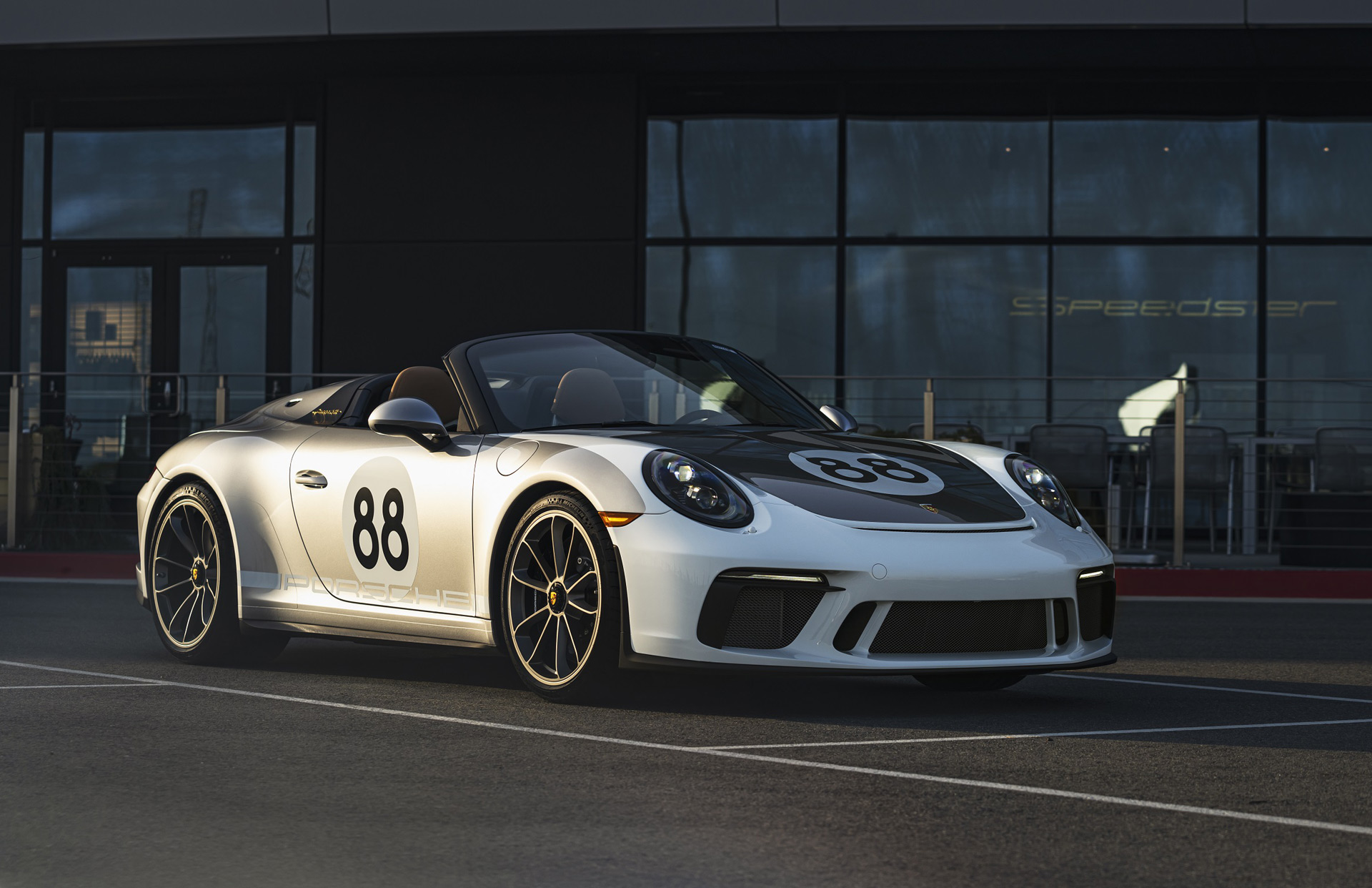 The auction began on April 15 and ended on the 22nd. A total of 32 bids were received, which is more than is typical for an RM Sotheby’s online auction. The total price was actually $550,000 including the buyer’s premium that the auction house collects, but RM Sotheby’s will also donate a “significant portion” of the buyer’s premium to the United Way for coronavirus relief.

The car was one of 1,948 2019 911 Speedsters built. Also included in the sale were a bespoke watch from Porsche Design, with a strap made from the same cognac leather used in the 911 Speedster, and the final car’s chassis number etched onto its casing.

Porsche also included a book documenting the car’s build process, which was completed in December 2019.

Finally, the winning bidder will also get a behind-the-scenes tour of Porsche’s development center in Weissach, Germany, as a guest of Frank-Steffen Walliser and Andreas Preuninger, the respective heads of Porsche’s 911 and GT car programs.

The Speedster started at $275,750, which didn’t stop the entire production run from selling out quickly. Customers could also order a Heritage Design Package for an additional $24,510. This package, which is included on the final car, adds a retro livery and other design cues referencing the original 356 Speedster of the 1950s.